Regular route up to Seattle Ridge and down into Seattle Creek drainage to take stock of the last storm’s avalanches and anything new. Cleared the weather station wind sensor on the way back.

Several old natural wind slab avalanches seen today. All were from the high winds and snowfall on Friday 2/25. These slabs were all between 1-4' thick and some quite large - propagating several hundred feet wide in some cases. They were on both west facing steep terrain and on cross loaded slopes on east faces across Seattle Creek. One area in upper Seattle Creek has debris filling the creek that came from wind slabs on both sides of the drainage.
Examples of slopes that avalanched:
West face of BBQ hill
West face of Toilet Bowl (upper Triangle Bowl/heawall area)
East face of Big Chief

No red flags seen today. Only the signs of natural avalanche from Friday's storm.

Mostly sunny, yay!
Temps were mid 30'sF in parking lot and mid 20's along ridge.
Winds were light from the west.

Surface crusts exist up to around 1500' where they are thin enough to ignore.
Most areas have seen a high degree of wind effect from Friday's winds. Especially along Seattle Ridge and any upper elevation zone. That said, there were many folks enjoying the snow just off ridgelines on all aspects.
Very small surface hoar is growing - 1mm kind of small at this point...
The sun was barely able to moisten steep south aspects, but no roller balls or wet sluffs were seen today (there were several yesterday however).

We did not dig any pits but made several informal tests on wind loaded slopes. The wind slabs we found were stubborn and we could not even get them to crack under us. We also did not see any signs of other parties able to trigger a wind slab. Some sluffing was seen from skiers in steep terrain, but these were relatively small.

Looking with binoculars at the crowns of the old avalanches, it appears that all the activity was indeed wind slabs formed in the new snow and not from deeper weak layers failing. We were specifically looking for this in Seattle Creek to see if any avalanches broke deeper. 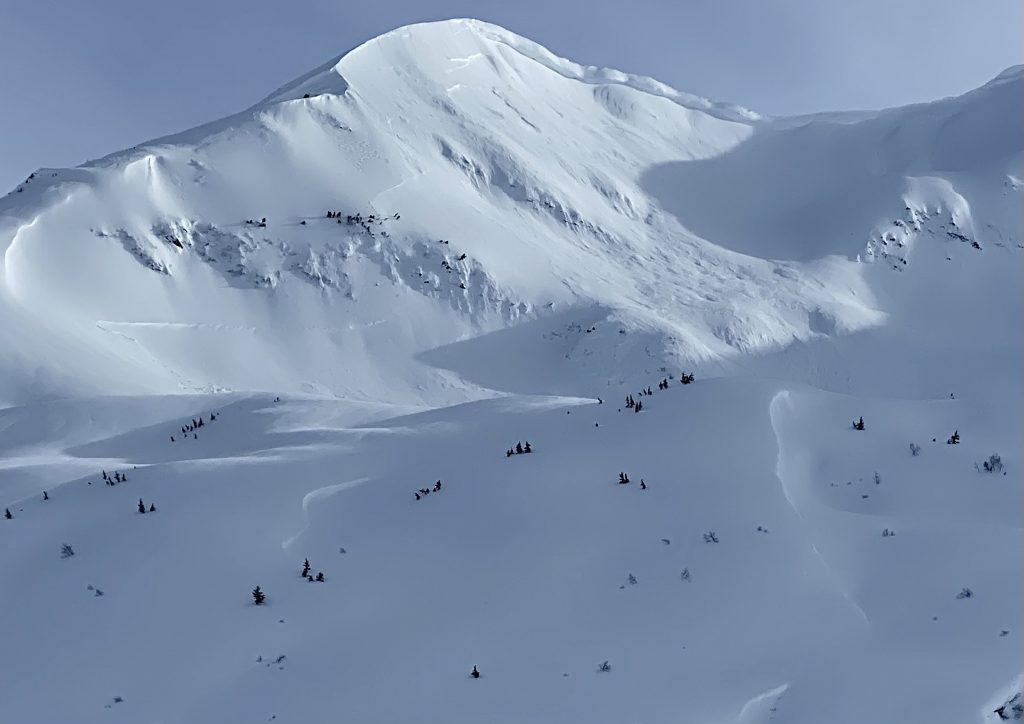 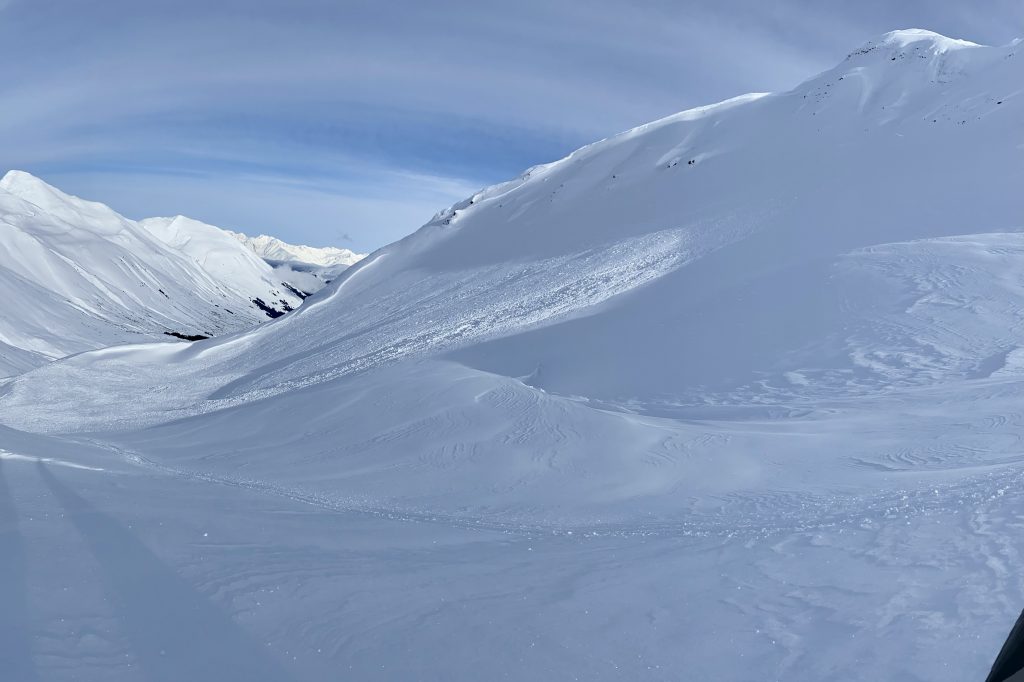 Wind slabs on west face of Toilet Bowl in upper Triangle Bowl near the headwall. Also around 3,300'. 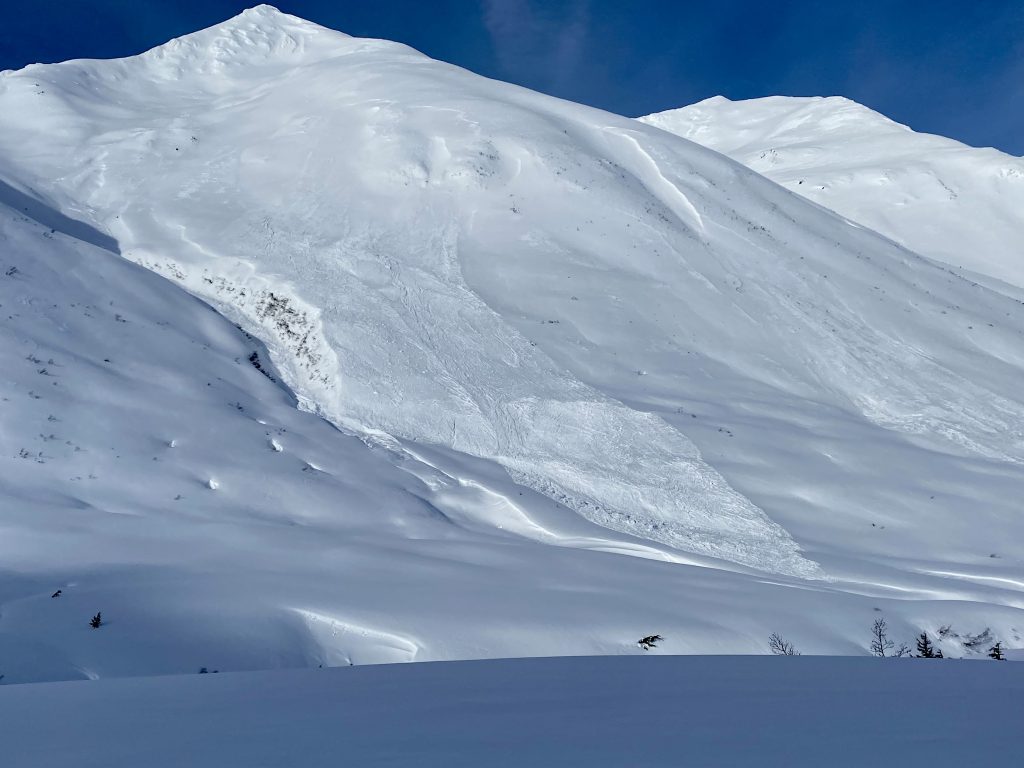 Wind slabs on the easterly aspects across Seattle Creek under Big Chief. 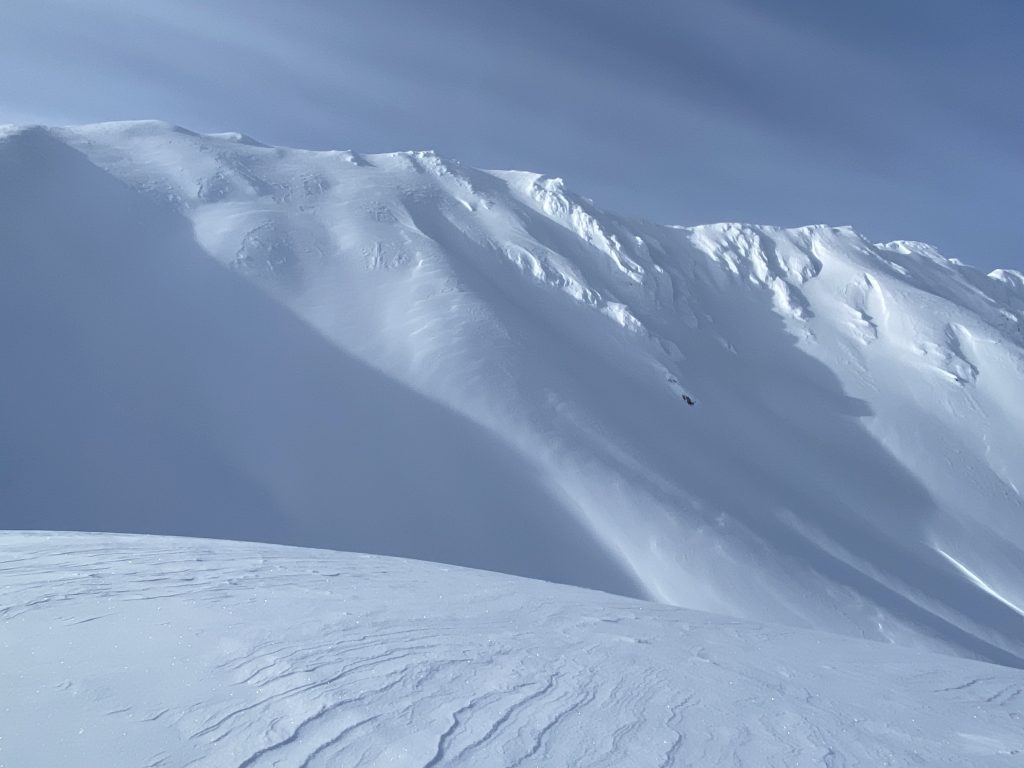 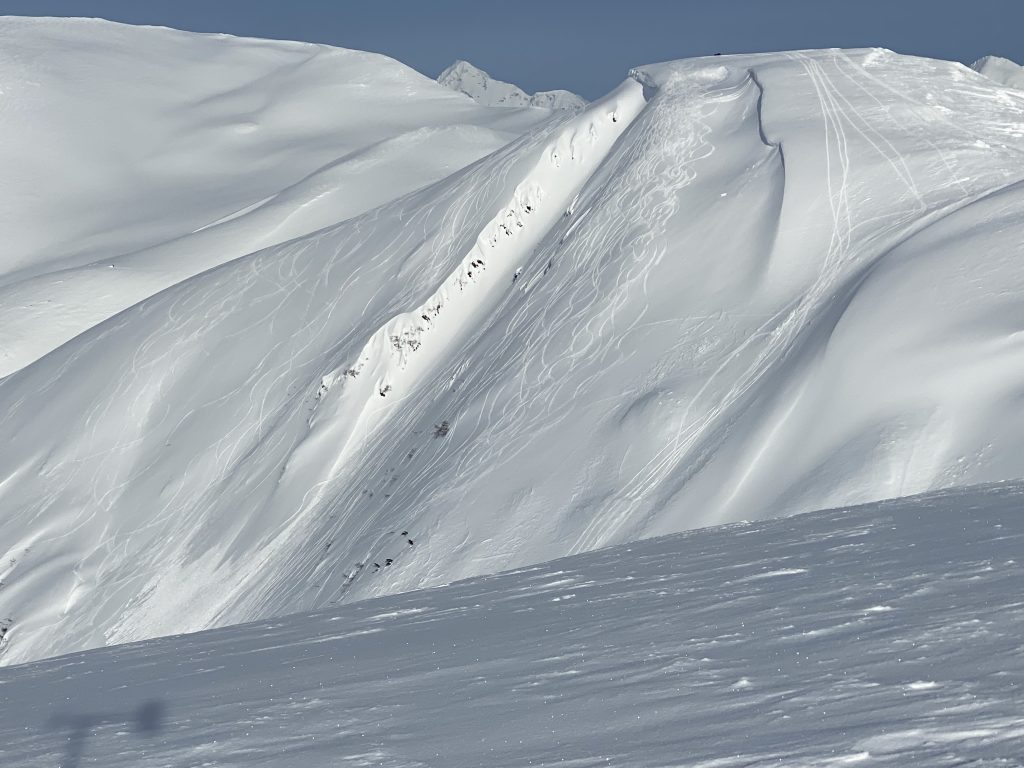 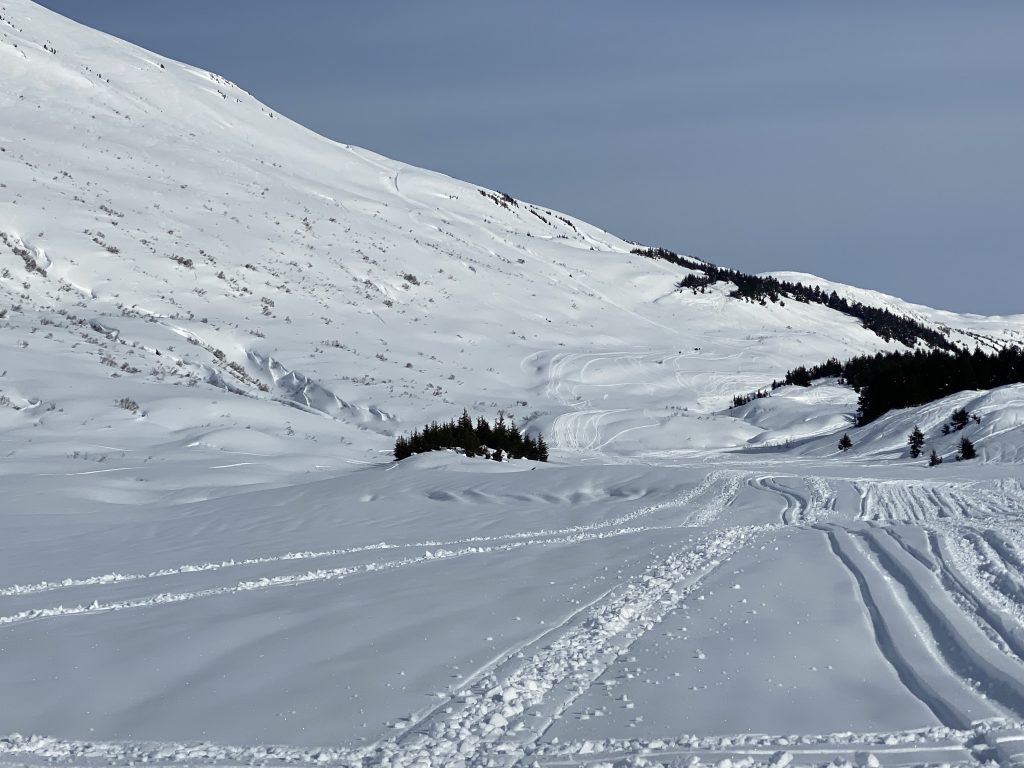 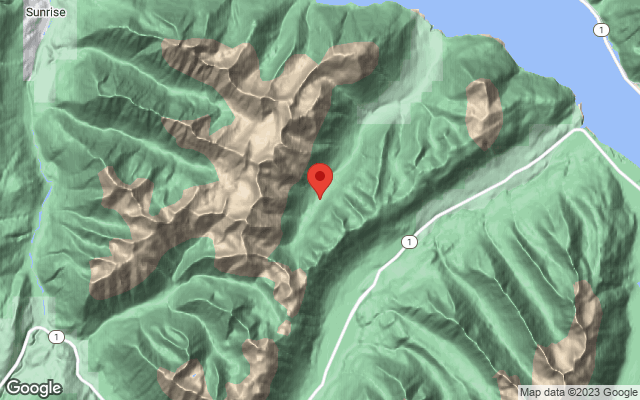