Rode up the common uptrack to the weather station and down into 2nd Bowl. Wanted to investigate the weak layer/bed surface from the recent avalanche activity in the area over the last couple days.

No signs of instability seen today

Valley fog, sunny skies above 1,200'.
Ridgetop winds light from the east.
Temps near 10F in the parking lot and 20F along the ridge.

Surface crust at the parking lot that quickly transitioned to soft settled powder with only a little bit of elevation (1200').
New batch of surface hoar forming to ridgetops - small 2-4mm with some riming visible.

Between 16-24" of storm snow from the end of last week at elevations above 1,000'. This sat on a thin layer of drizzle/freezing fog crust that was formed on 1/25. Under this thin crust was either slightly stiffer older snow.

We did a crown profile on a small avalanche that was triggered by a snowmachiner either Saturday or Sunday during the time when there were a lot human triggered avalanches. The avalanche was on a north facing slope at 2,000' in elevation. It was 20-24" deep, 150' wide and ran around 200'. The weak layer was new snow (decomposing fragments) over the thin drizzle crust. We did a CT near the crown and found no failures.

We did not see or hear of any new avalanches during the day. We did several hand pits and the snow over the drizzle crust seemed to be much more stubborn and hard to shear - good signs. 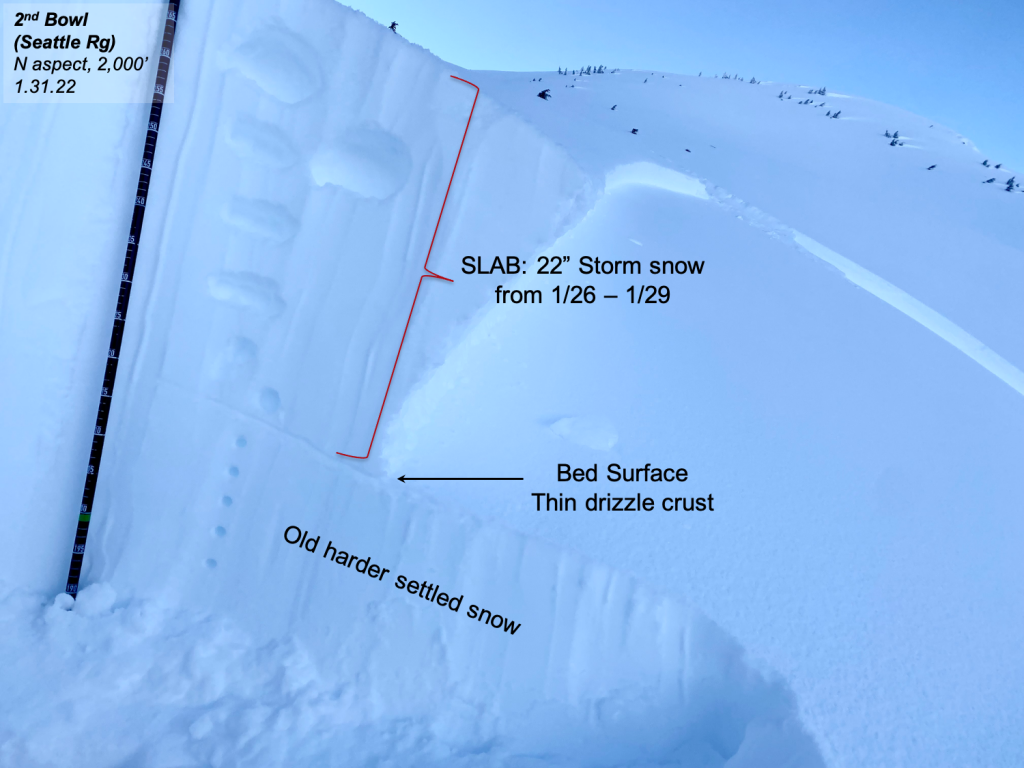 Crown of recent snowmachine triggered avalanche. Failed just above the drizzle crust that formed on 1/25 and was buried on 1/26. 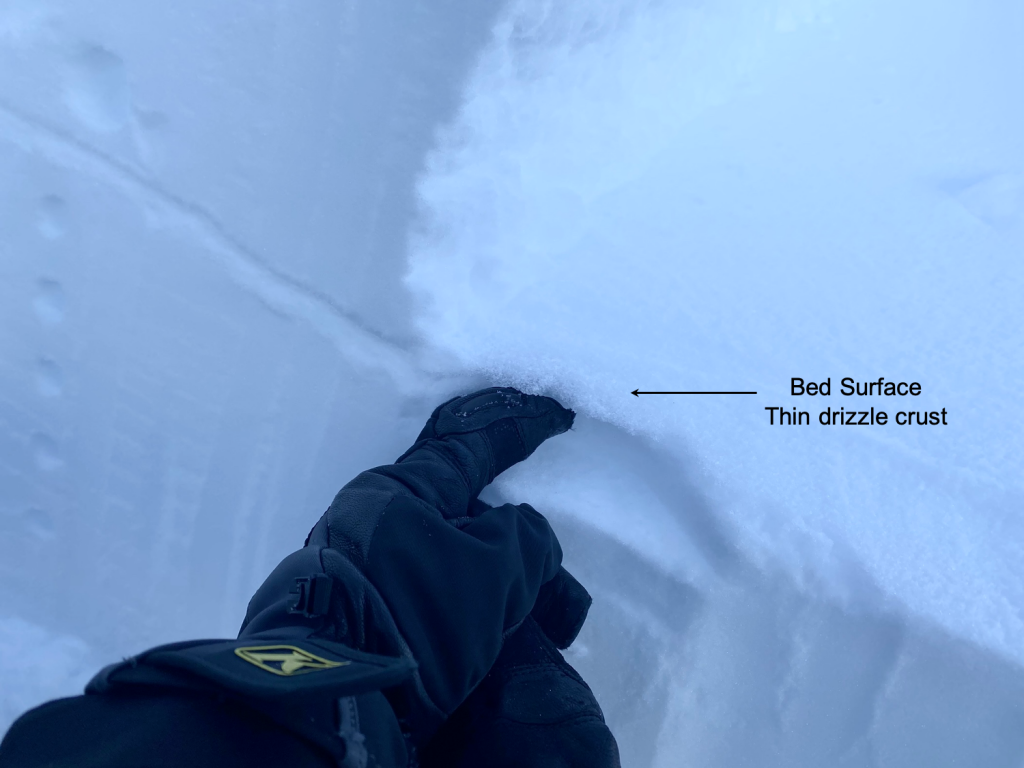 Close up of the drizzle crust. 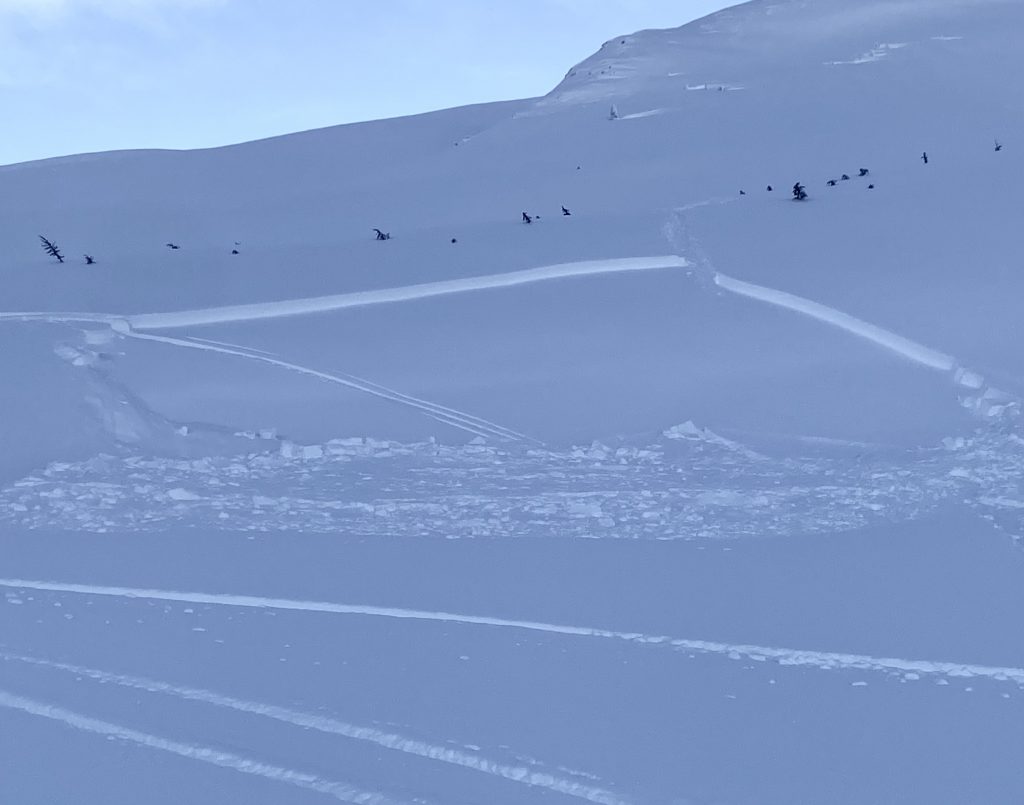 Avalanche that we investigated in 2nd Bowl on the backside of Seattle Ridge. 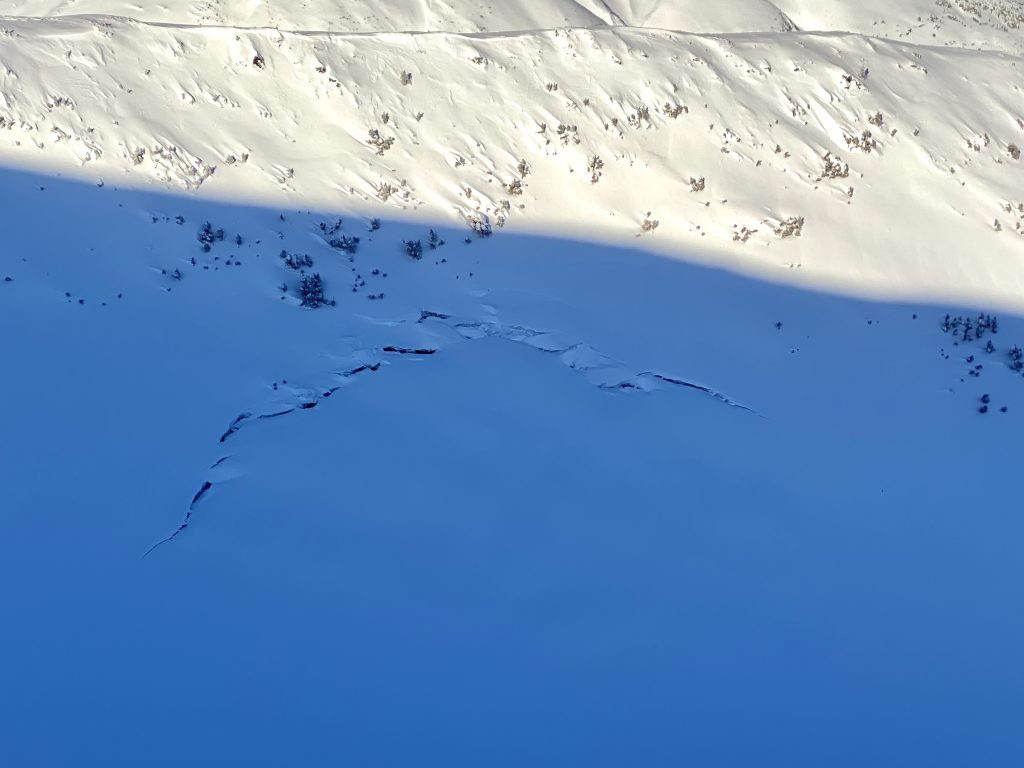 Glide cracks - believe it or not! This crack is just to the west of the weather station on Seattle Ridge. 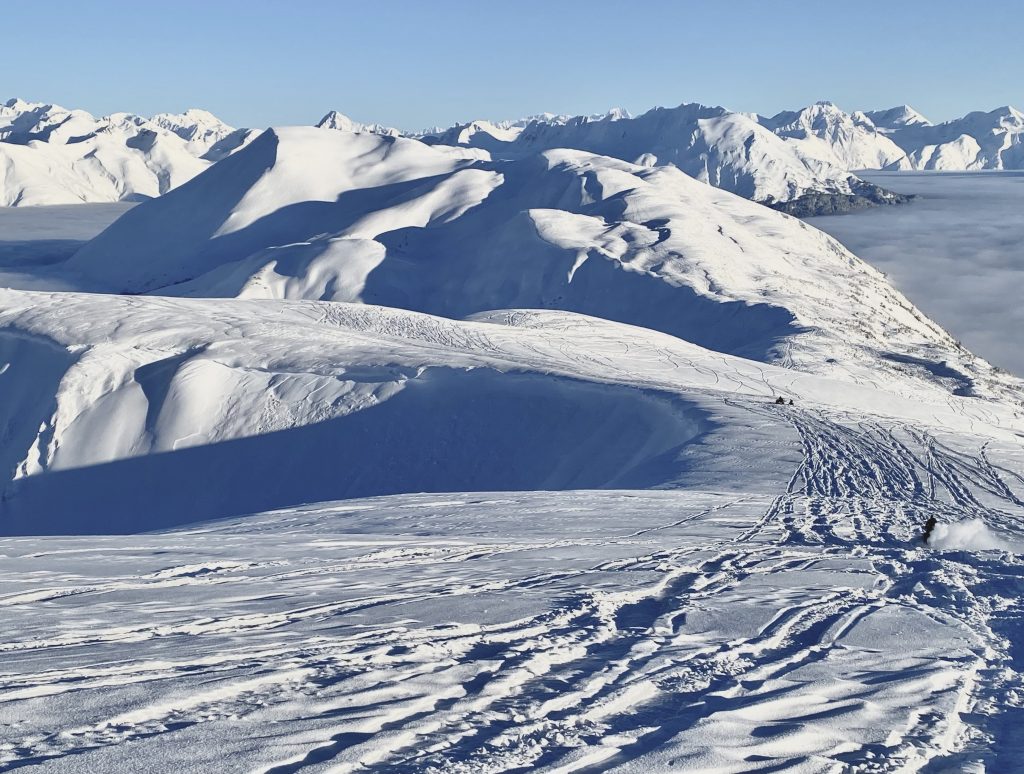 Valley fog and sunny skies above. Looking north at the top of the uptrack. 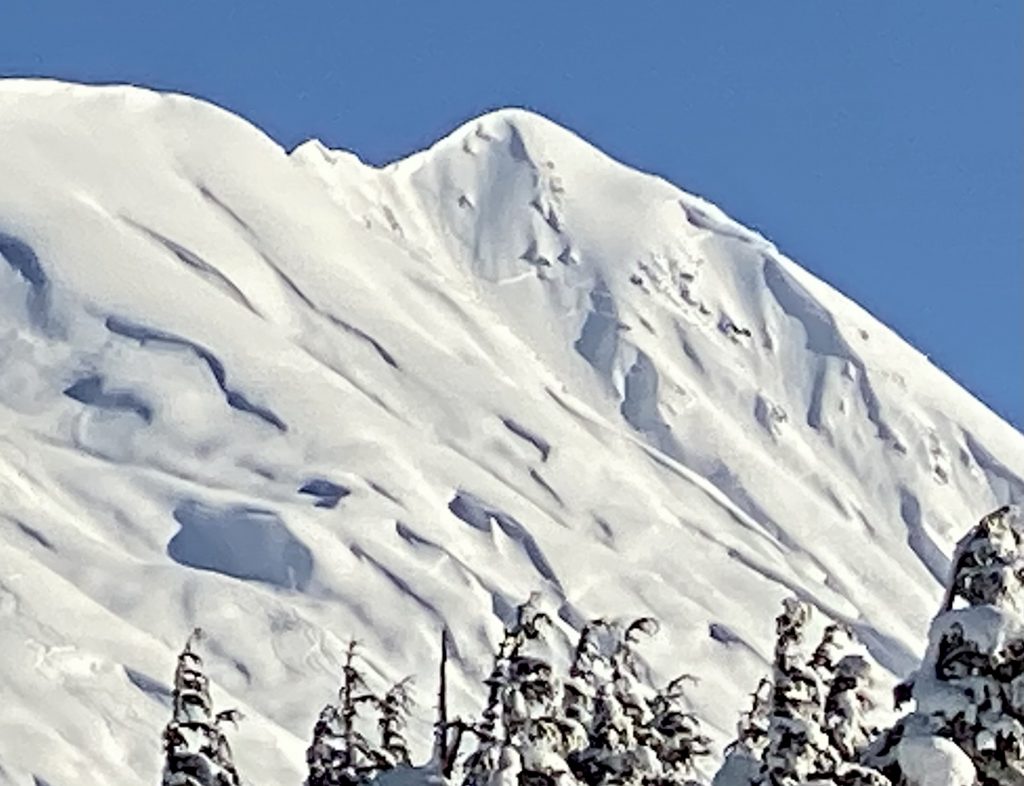 Natural slab avalanches on the south face of Tincan Proper seen from the parking lot. 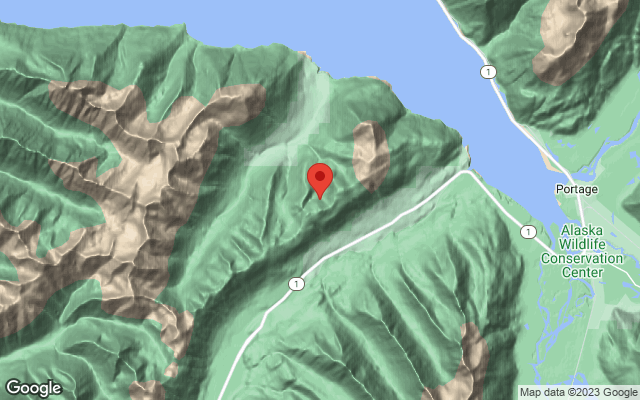