Common route to the top of Seattle Ridge. Rode over to clean off the camera antenna so it could transmit images again and someone had already cleaned off the anemometer (wind sensor), thanks!

Observed many of the avalanches triggered yesterday and several more that were triggered today.

Three large avalanches were triggered by riders today in Main Bowl along with several other smaller avalanches in Main Bowl and Little Sweden areas. One of those larger slabs was 2-3' deep that fully buried a rider - the rider was rescued by their group as well as another group nearby assisting. See that report on the observation page titled Seattle Ridge - Main Bowl. No one was caught in any of the other avalanches that we know of.

Shortly after filming the video below, one of those three large slabs broke to the looker's left of Widowmaker ( Main Bowl). The rider who triggered it was able to continue his sidehill and escape off the slab.

All avalanches are breaking in weak layers 2-3' deep. These weak layers sit under the snow from the last two storms. Many of them were triggered remotely (meaning from the side, bottom, or top).

Obvious signs on instability was the several recent avalanches seen.

Mostly clear skies, very light northerly winds.
Temperatures were in the teens along the ridge and single digits in the parking lot.

2 feet of very nice loose power snow. Where there were not old or new tracks that is.

We did not dig any pits today. There was too much avalanche activity to look at instead. In general there is 1 foot of very light snow over another 1-2 feet of slightly stiffer snow. This all sits on a variety of weak layers (facets and buried surface hoar) that is roughly 6-12" thick. At elevations below 2,500' there is the Halloween crust under the faceted snow.

It is clear all the avalanche activity is breaking in one (or more) of these weak layers. We were unable to determine exactly what weak layers failed in particular avalanches. 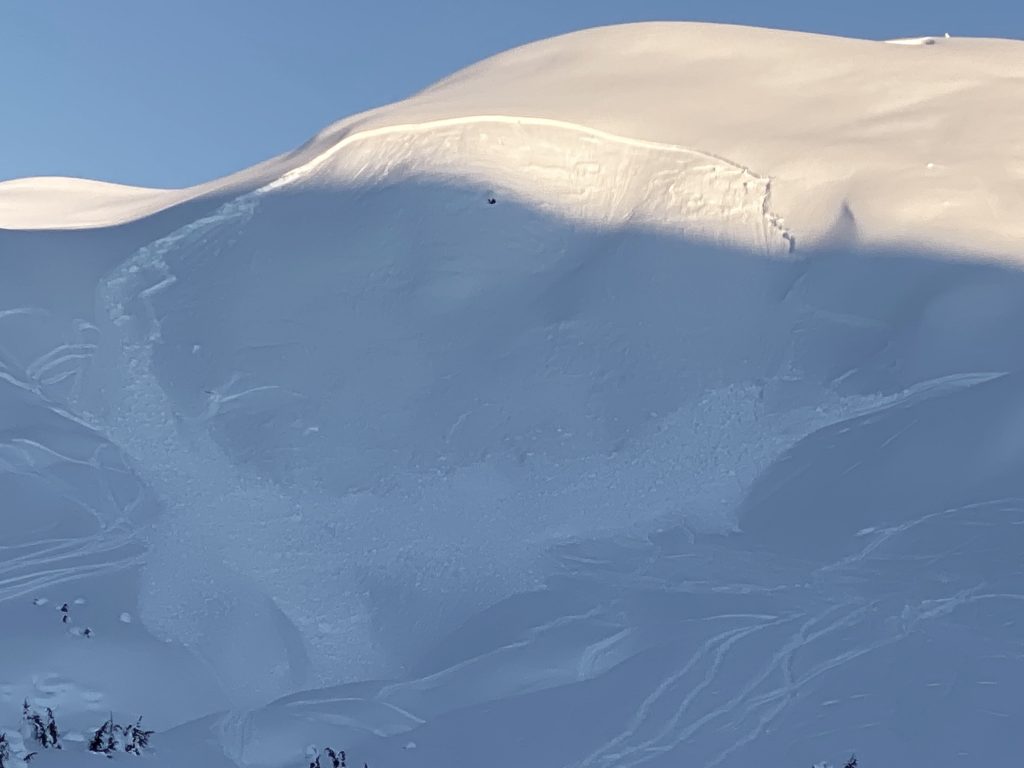 Snowmachiner triggered slab to the looker's left of Widowmaker. Rider able to sidehill off moving slab. 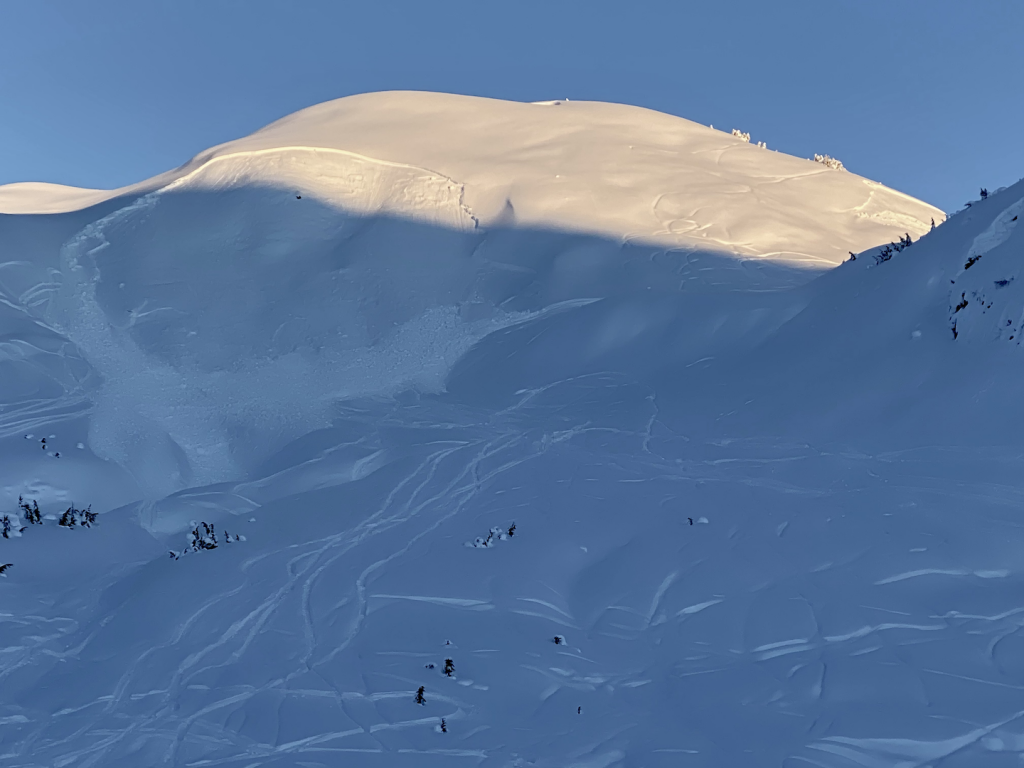 The same avalanche with the slab that was triggered yesterday (12/2) to the looker's right. 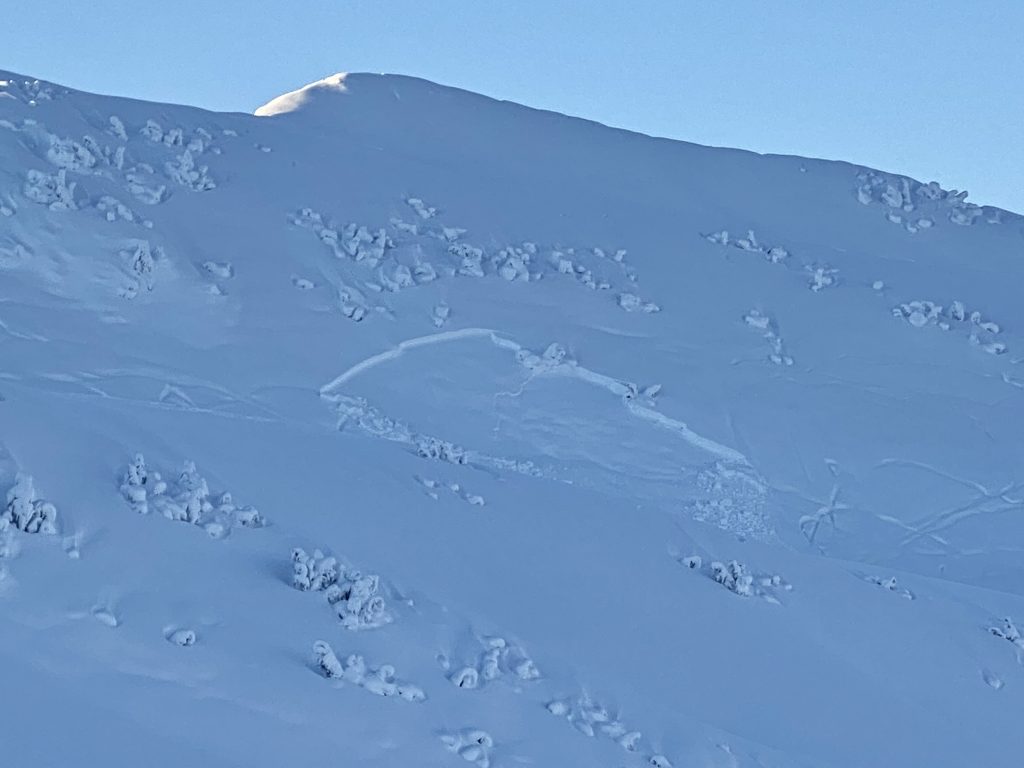 Slab that fully buried a rider, who was quickly rescued. 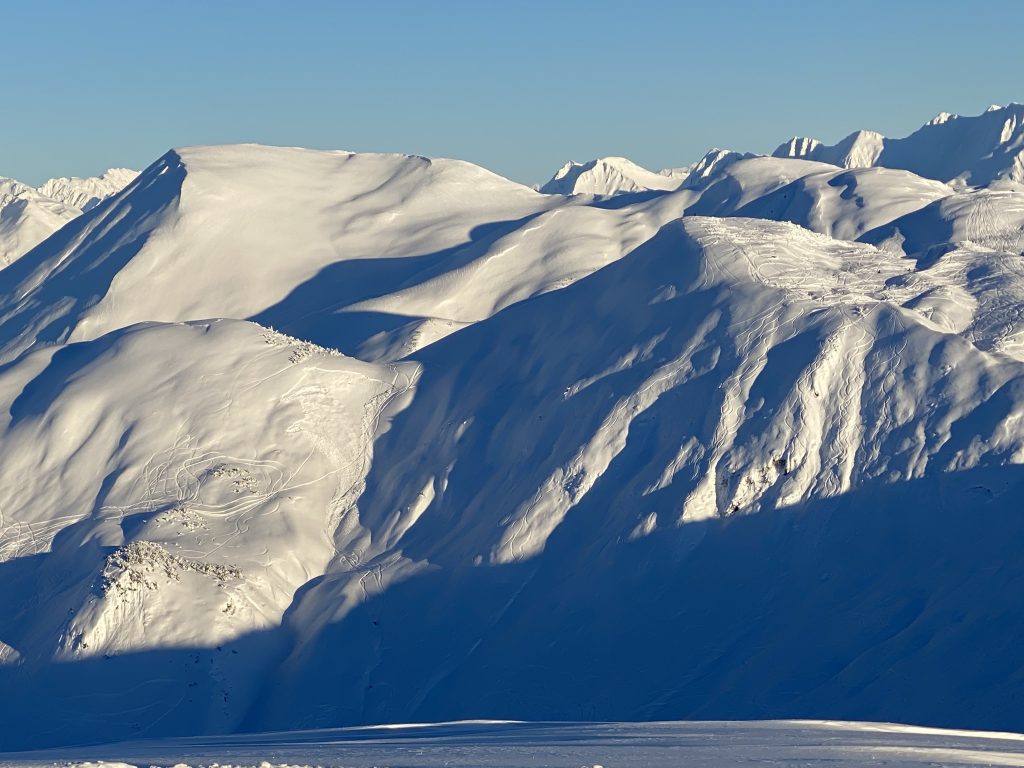 Wide angle of the north side of Main Bowl (before recent avalanche) - including Widowmaker slide path with several tracks. 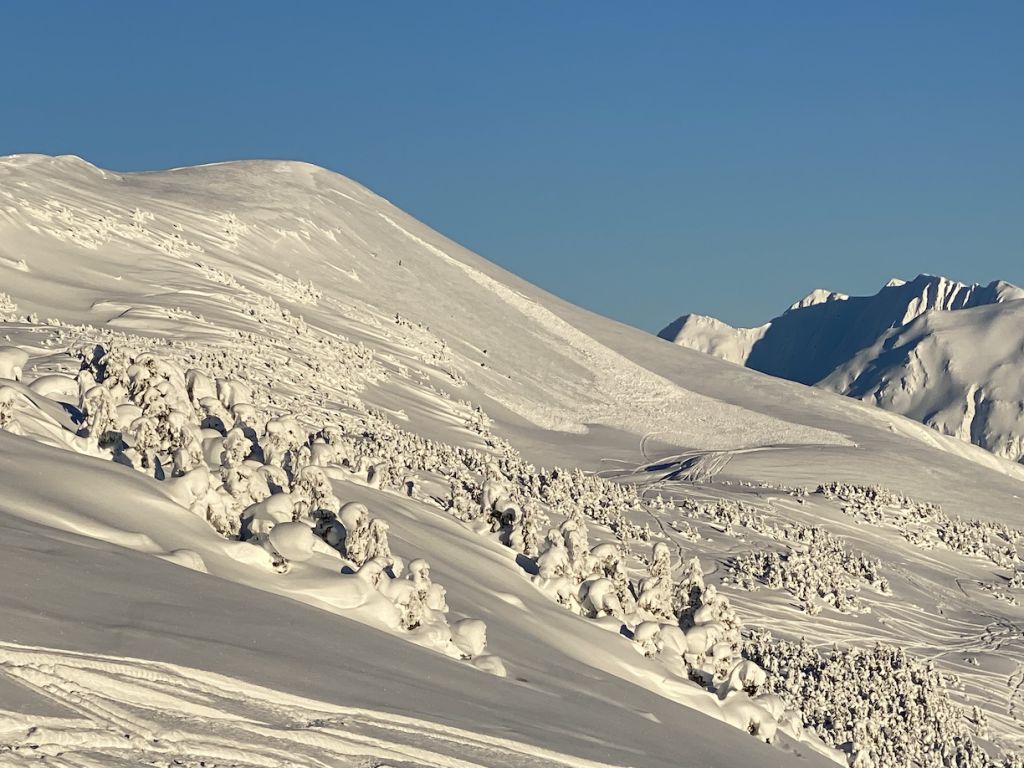 Avalanche from Little Sweden that was triggered yesterday 12/2. There were several other smaller pockets south of this slide that were triggered today. 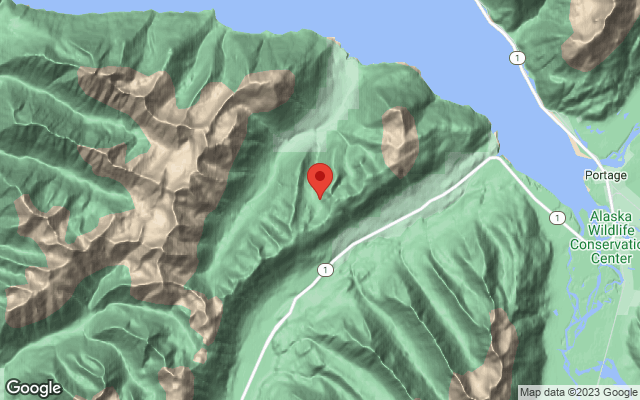