Signs of Instability:
Recent Avalanches: No large obvious new slab avalanches, however, possibly a wet slab from Monday
above the motorized lot around 2000ft on the E aspect of Seattle Ridge. (see photo)
Also a slab released sometime during the warm weather and rain in Mama’s Bowl around 2900ft on a NW aspect, 2-3’ deep by 200-300ft wide, ran on basal facets, possibly from cornice failure. (see photo)
Cracking: Some localized 5-6” around skis
Collapsing: None observed

Surface Conditions:
Strong supportable crust at all elevations from 3-4’ thick

Snowpack Observations:
The snowpack above treeline on the SE aspect of Seattle ridge is very thin,around 1.5-2’ deep. It
consists of a 3-4’’strong supportable crust over very weak, F hardness, wet facets.

Pit 1 (see profile)
HS=160cm
Surface was a hard melt-freeze crust over 1F to pen hardness snow. There are various crusts within the
slab and there is 40cm of basal facets that are moist, weak, and is still a layer of concern. However, the
strength of the slab will make it hard to trigger with the exception of thin/weak spots in the slab.
CT24 SC Q1 on basal facets below ice layer, block slid off into pit. 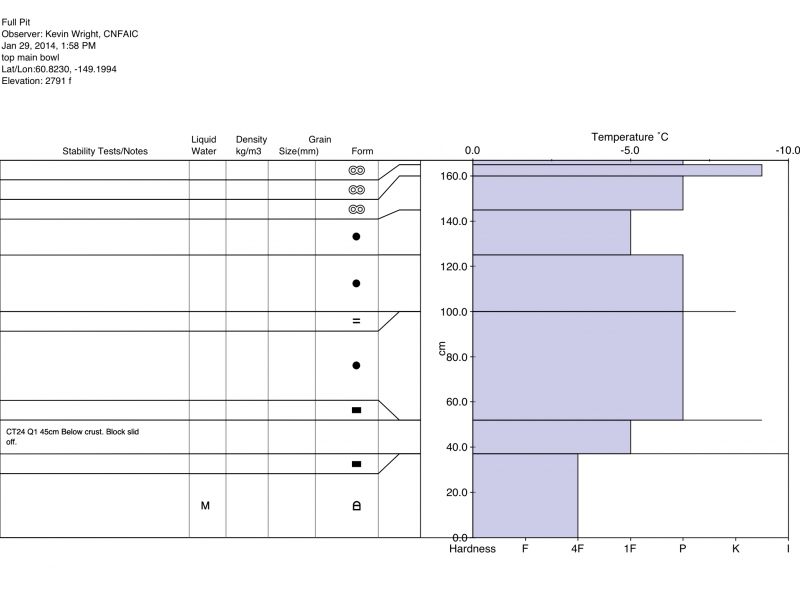 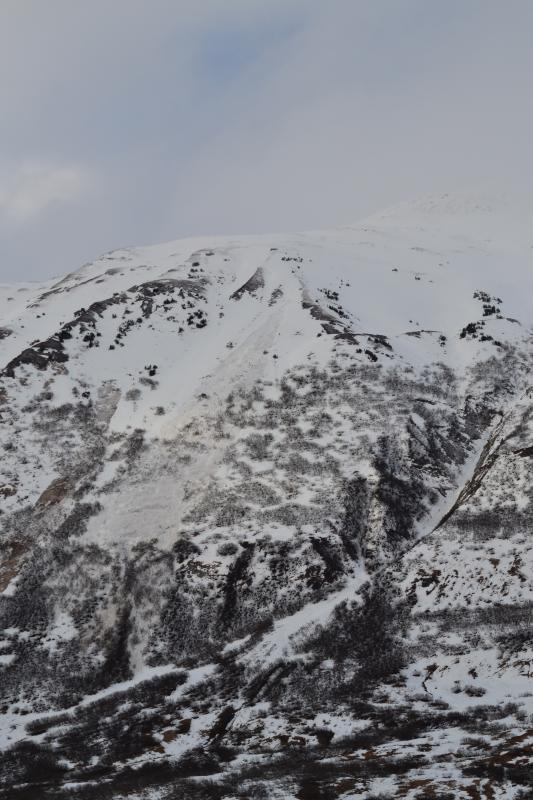 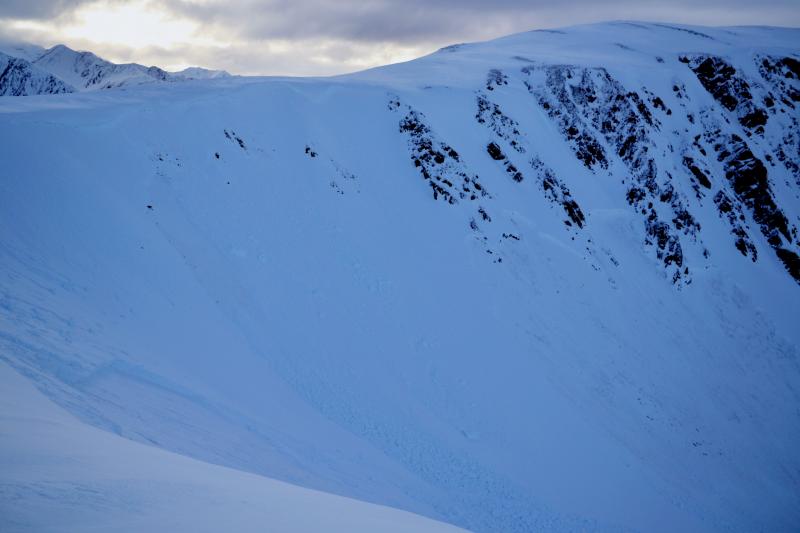 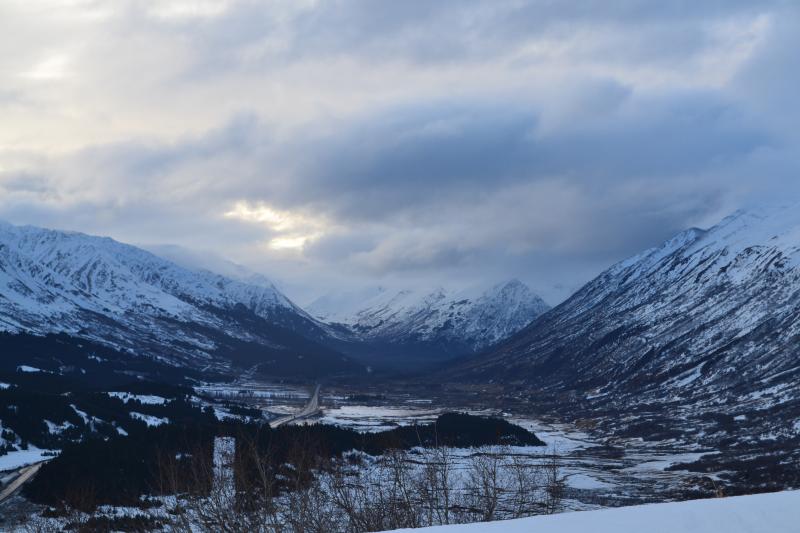 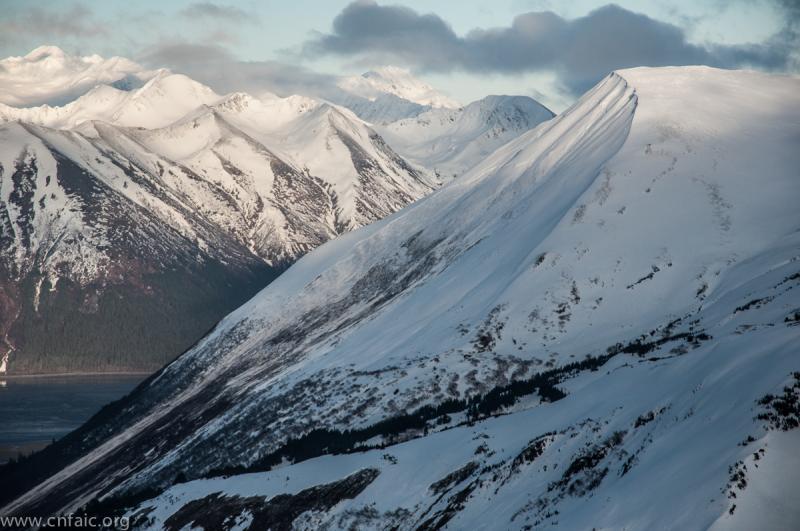 Another view of the large avalanche on Pyramid 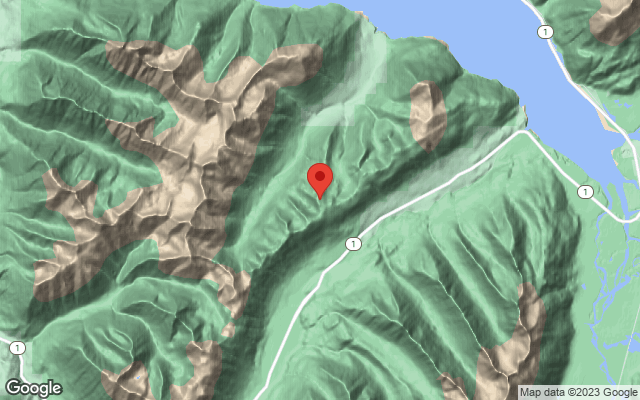