Afternoon ride up Seattle Ridge to take a look at any surface warming, surface conditions in general, and a look at the snowpack structure on East aspects.

Sunny with high clouds moving in around 4pm.
Winds calm
Temperatures in the 20'sF

A sun crust (up to 1") was found on east, south and southwest aspects at all elevations. Due west seemed to escape the crust in Main Bowl and possibly elsewhere.
Northerly aspects had cold dry snow, some nice soft snow and some harder wind effected snow. Many folks were enjoying those shaded slopes on both sides of the Pass.

We dug one pit on an east aspect at 2,400'. Snow depth 11 feet and pit depth around 4-5'.
We found one obvious weak layer about 16" down in the pit wall. It was a thin (1cm ish) layer of small facets and buried surface hoar. Most likely the 3/9 layer.
ECTP 29 sudden collapse. A lot of force to make it fail but collapsed and propagated quickly once it did.

This pit has around a 1 inch surface sun crust with a trace of loose snow on top. 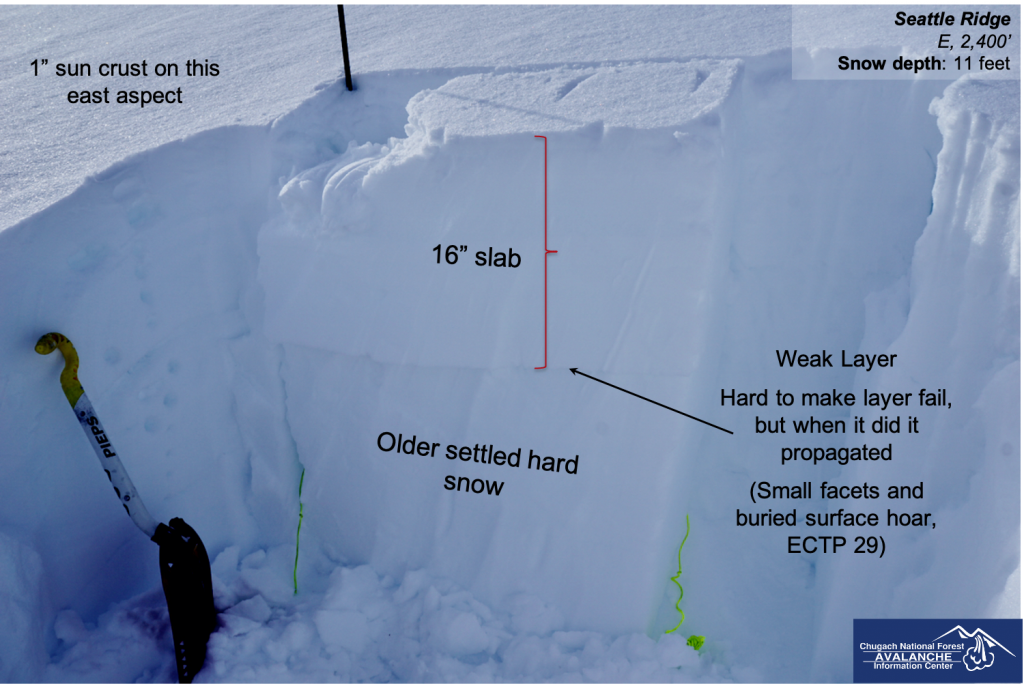 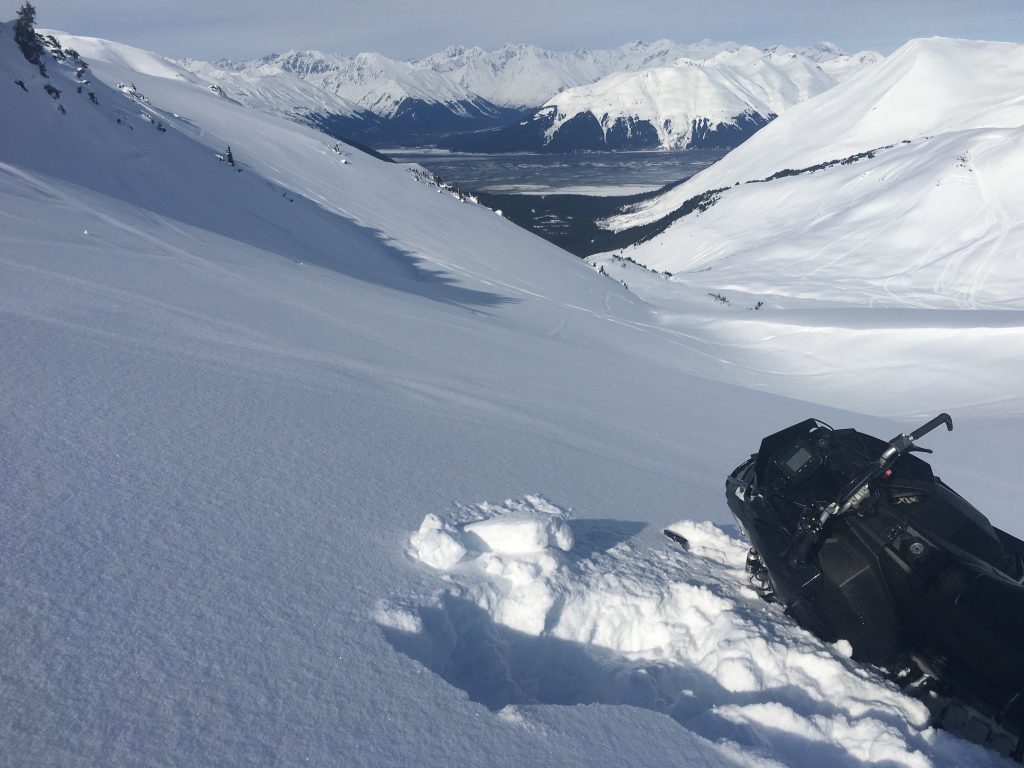 Soft snow on shaded aspects, no signs of instability in the top foot in this quick hand pit. 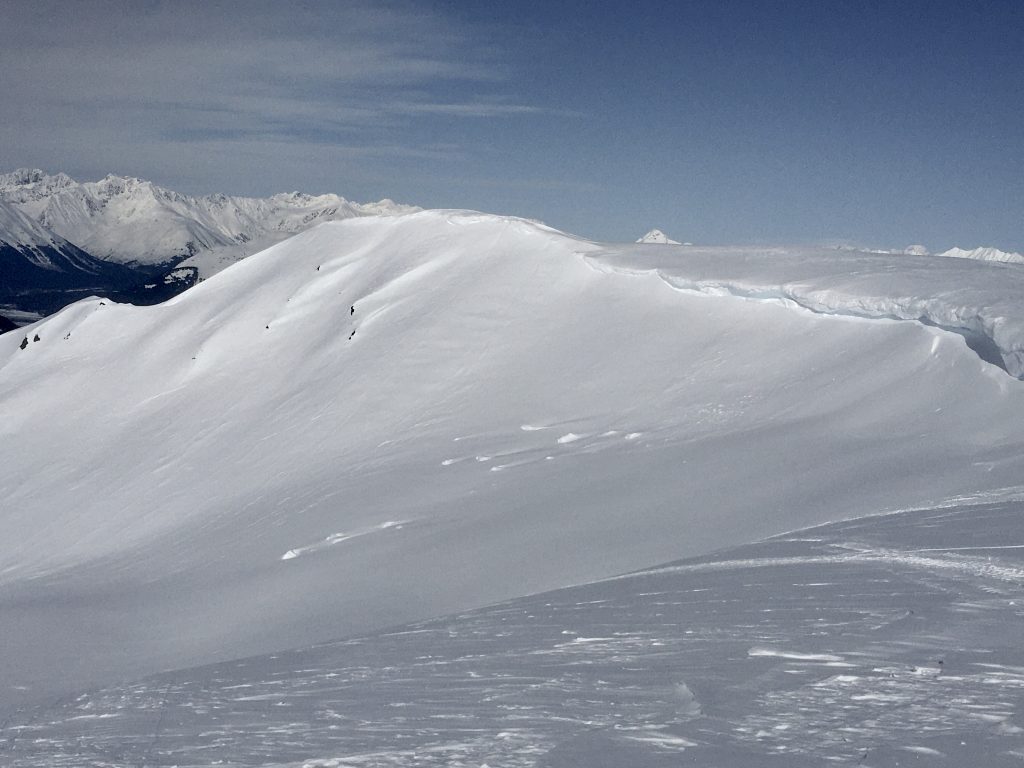 Warmup Bowl (-1 bowl) south face, sun crust on this slope and no tracks 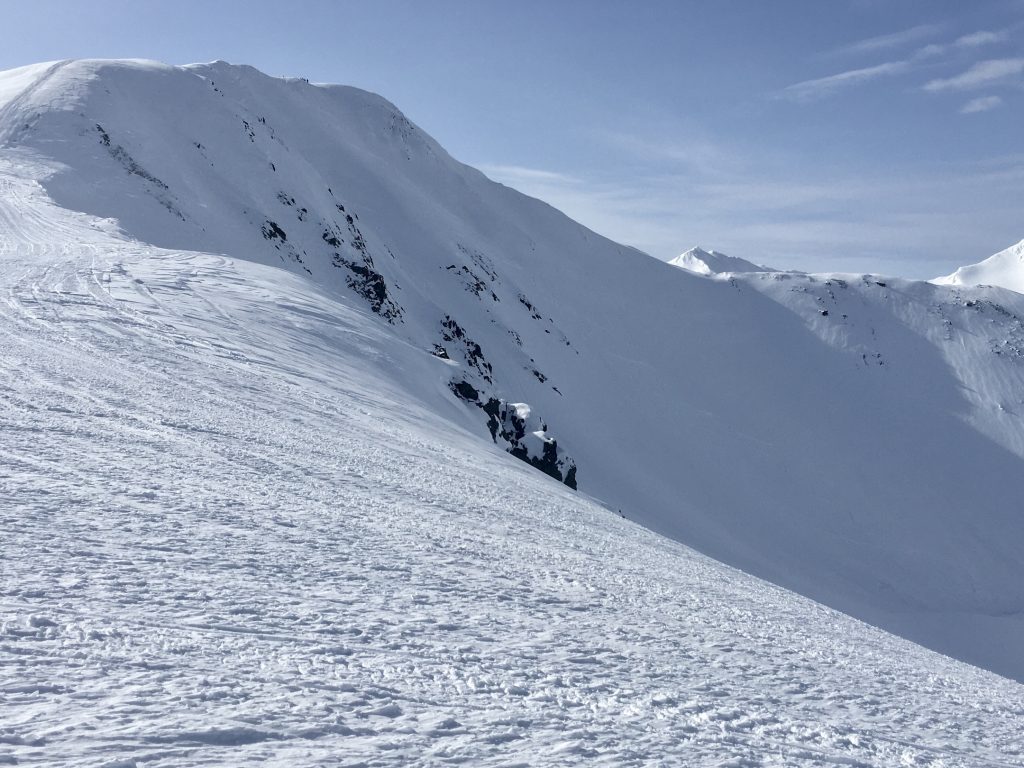 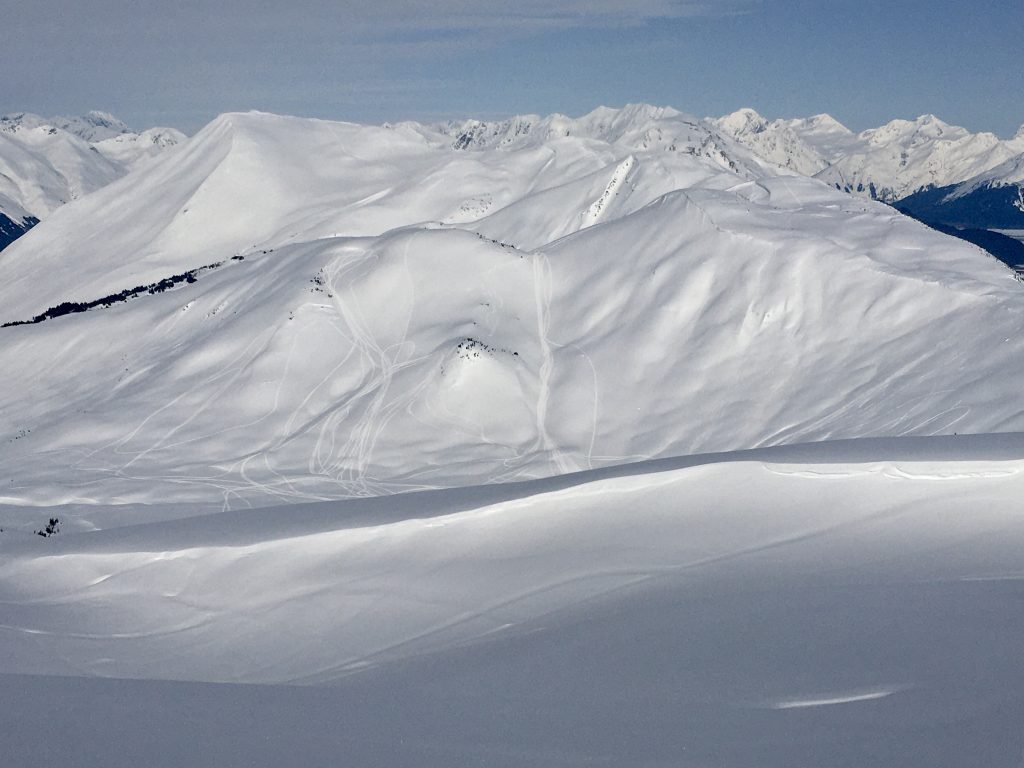 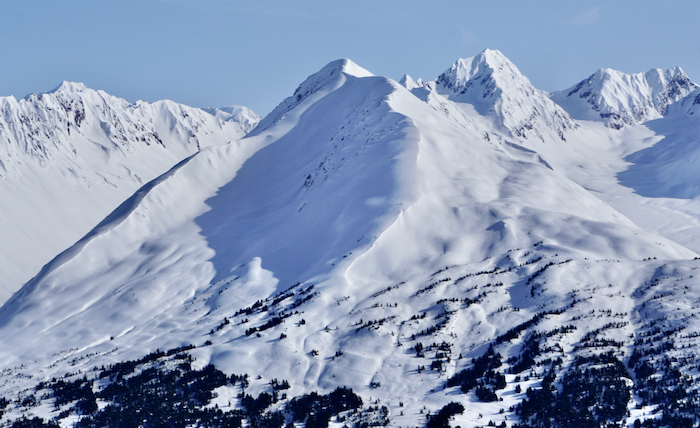 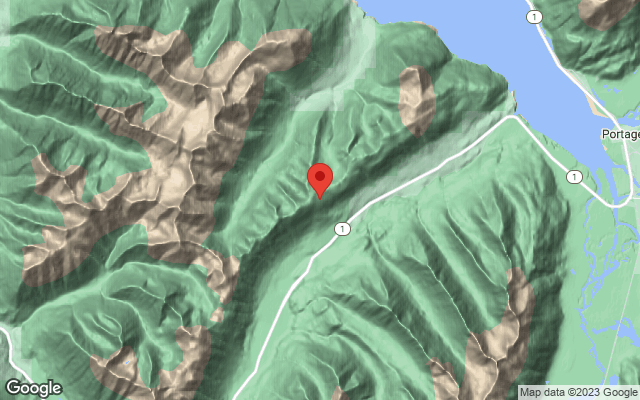