Rode along the flats of Seattle Ridge over toward the motorized up-track to try and get a glimpse of any recent avalanche activity and a look at the new snow.

Large avalanche around 3' thick (possibly thicker) seen from highway on lower Wolverine ridge. Looked to be a storm slab and occurred on a slope that avalanched earlier this season. Seemed fairly fresh looking at 11am today, likely released early this morning.

Saw one large storm slab avalanche on the drive up on the SW lower shoulder of Wolverine ridge (no photo op unfortunately). Details in the avalanche section.
Also, saw several smaller storm slabs along the road and in the treed rollovers driving up to Turnagain Pass. These were ~2' thick and 10-20' wide in small terrain. They were slightly snowed over so likely occurred last night.

Generally 2.5-3' of settled storm snow was found on the front side of Seattle Ridge. Snow was moist but still very low density and wallowy. Boot penetration was a good 3'! Snow became drier with elevation.
We dug one pit at 1,400' with no failures propagating. Only some ECTN's at various mid storm layers. This was surprising with so much avalanche activity seen from the road on a low viz day. Nonetheless, recent avalanches trump any kind of pit result...
We did not dig below the new/old interface. 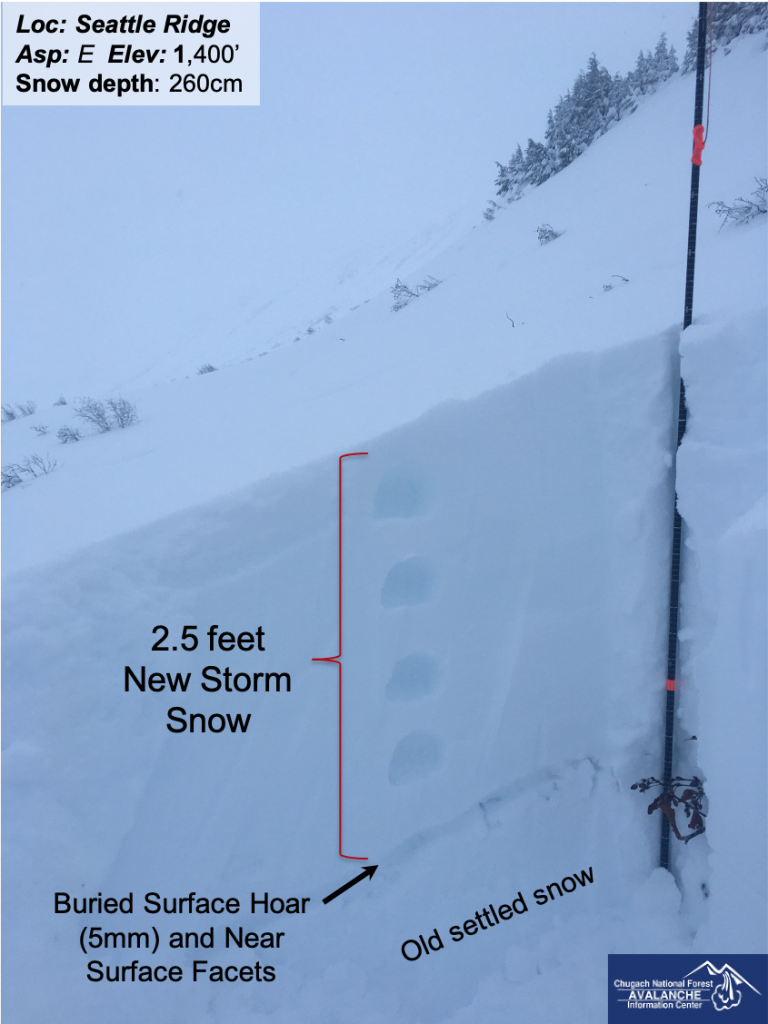 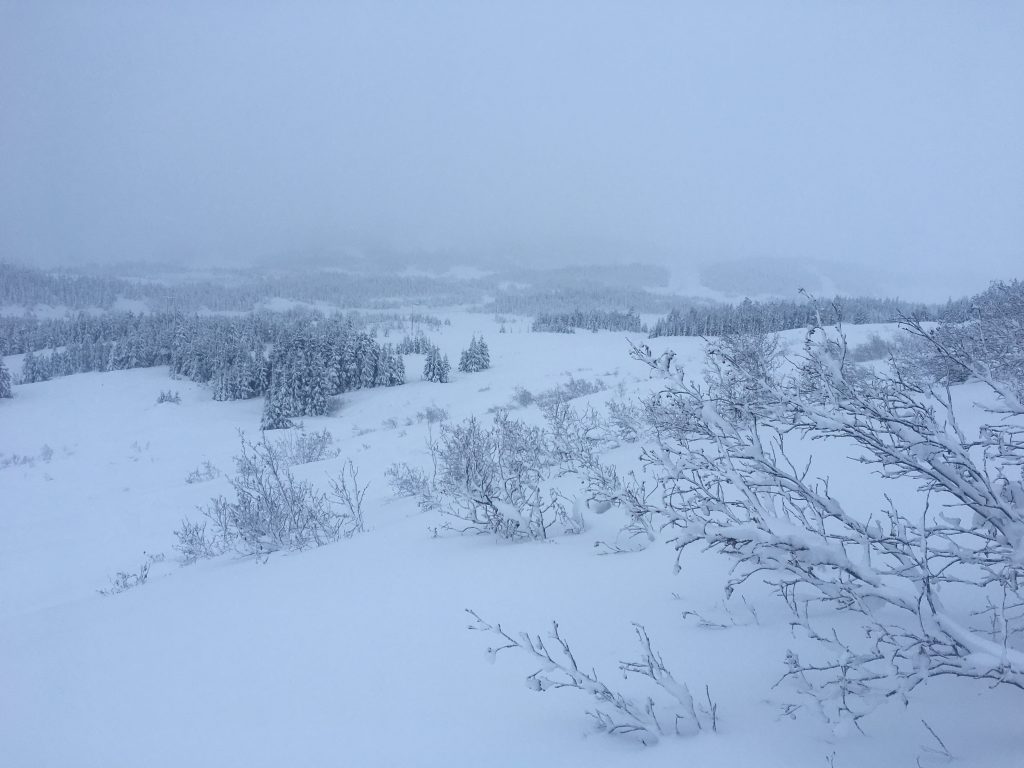 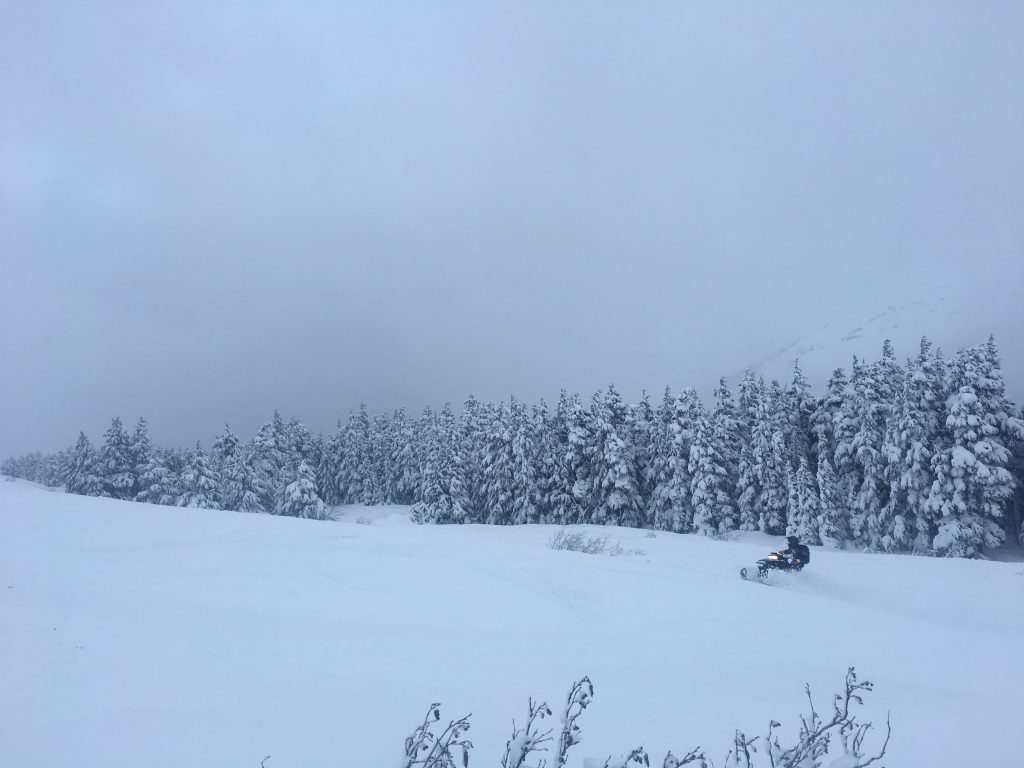 Alders are getting more and more covered, opening up more areas for folks to enjoy the snow on the Chugach National Forest! 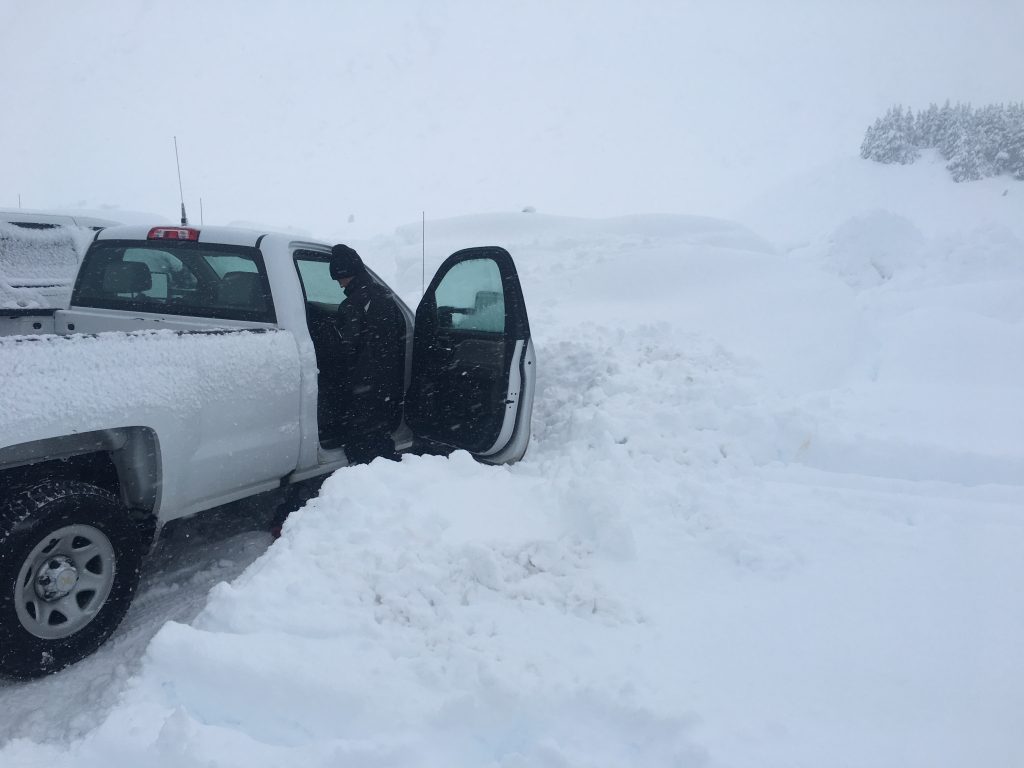 2.5' of snow at the parking lots on the Pass 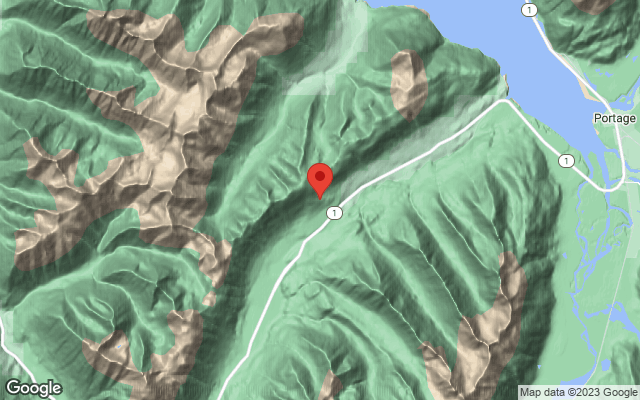