Snow flurries and overcast till noon then patches of broken skies.
Winds ~10mph from the east along the ridge itself.
Temps right around 33F

Dug one test pit and one other to see structure.
First pit @ 2,000' SE aspect. HS 240cm (looker's right of up-track)
Crust from 12/1 was 80cm down and new/old interface was 50cm down from surface. Near surface facets with surface hoar was seen above the crust.
ECTX, no failure noted (see video). This was surprising considering the weak near surface facets and surface hoar just above the crust.
*We tested many smaller slopes (mid 30's in steepness) by cutting below and above with full track depth and 3-4 foot spacing to try and see some kind of reaction. None noted, no cracks or whumphfs observed.

Second pit was in God's Country around 2300' and was difficult to see the new/old interface. The crust here was 75-80cm down and crust was similar around an inch thick. No tests completed in this pit. 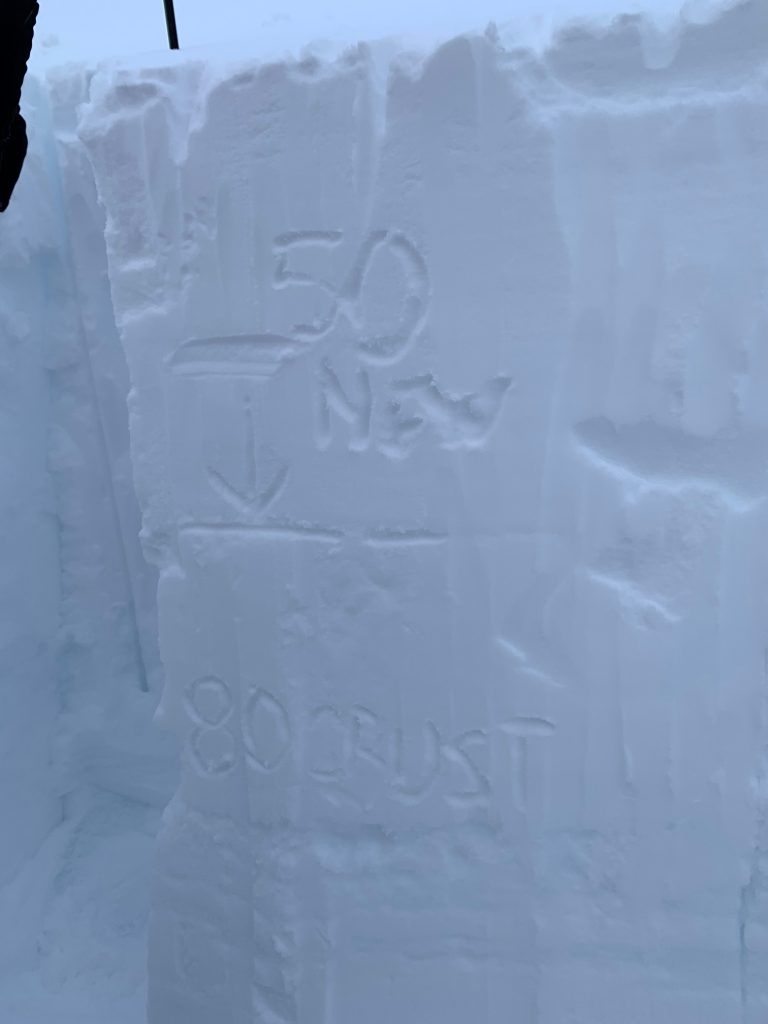 Top 4 feet ish of the snowpack, note the crust at 80cm and the new/old snow interface at 50cm 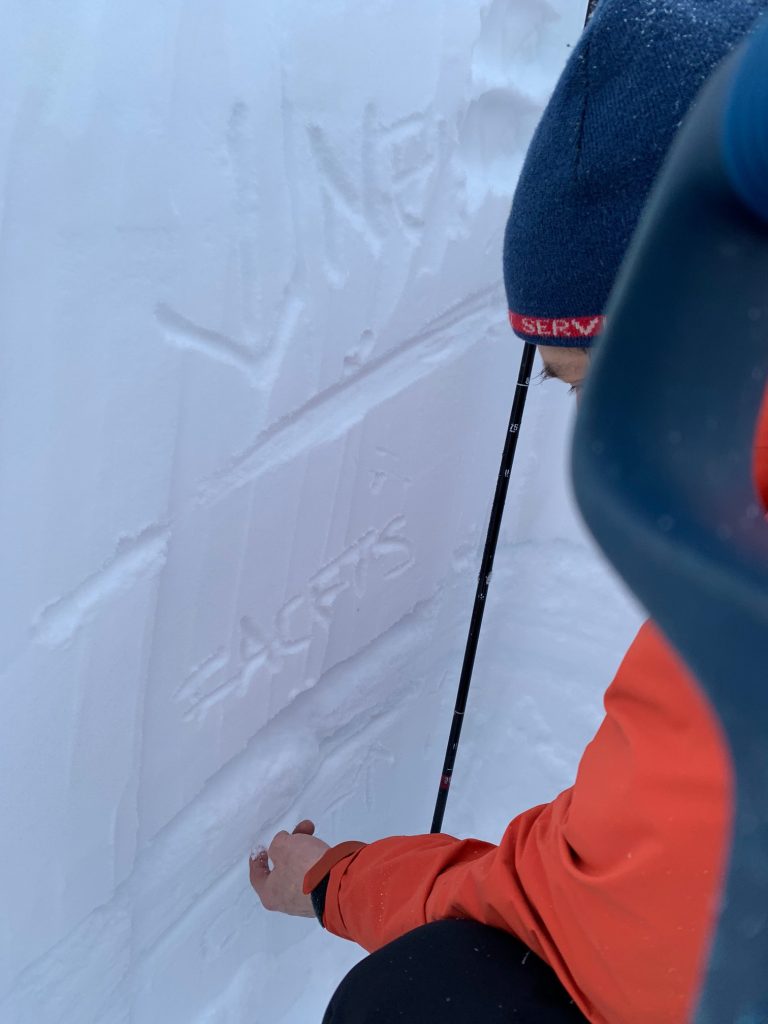 Pointing at the 12/1 crust with the near surface facets and buried surface hoar that sits above it. Surprising this layer was not reactive 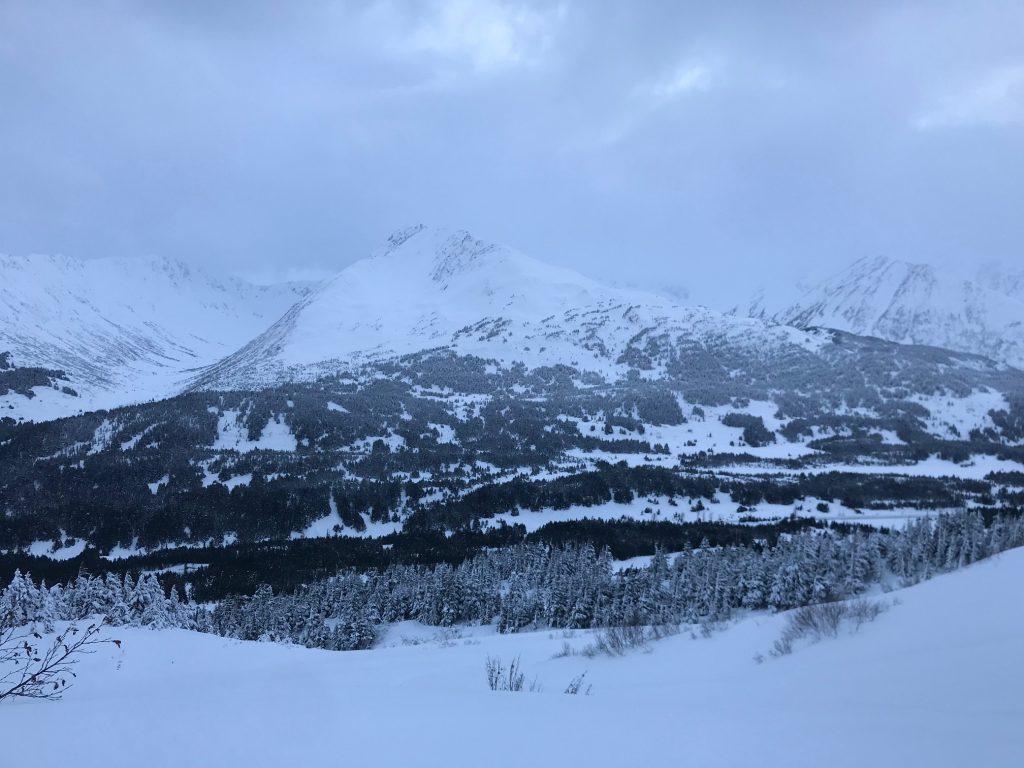 A look across Turnagain Pass to Tincan area 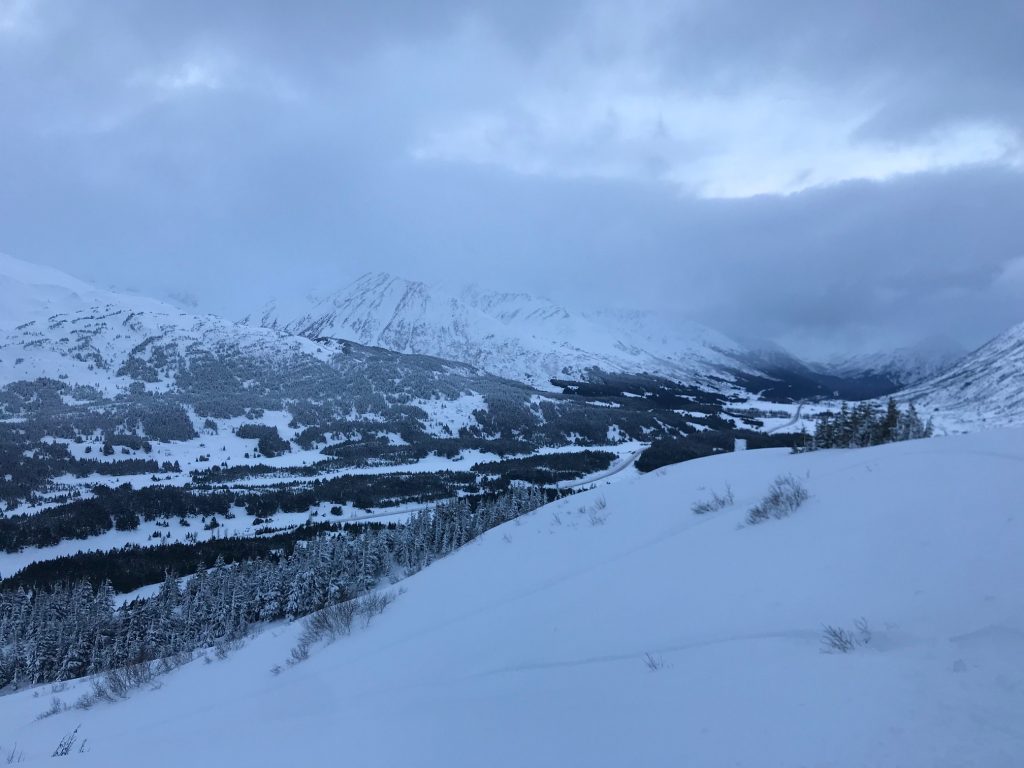 Looking southerly down the Pass toward Cornbiscuit and that zone 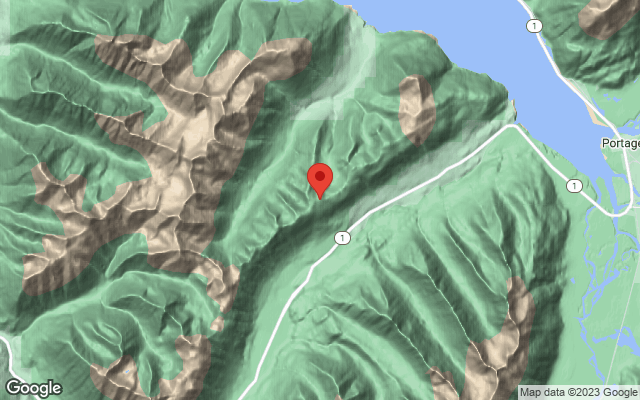