Route: Up a usual snowmachine uptrack, then northwest along a ridge to 2800.’ Back to the road
roughly following the route up.

Weather: Clear sky and no winds all day, with temperatures in the single digits down low increasing to
15 degrees at 2800′. Despite cold temperatures, the sun made it feel very warm along the entire route.

Snowpack: 2-3mm surface hoar covered the snow surface along the entire route. Below that, 25cm of
fist hard light snow from several days ago was present at the parking lot. The depth of new snow
generally decreased along the route, where the wind had affected the snow previously. Below the new
snow lay a knife hard slab of unknown thickness, since a ski pole couldn’t penetrate through the
surface. Results from a snow pit dug at 2800′ – ~50′ below the ridge line on a NE aspect – are included
below.

Instability: No cracking, collapsing, or recent avalanche activity observed. Cornices were present over
NW to SW aspects along the ridge.

Compression tests conducted at the pit failed only under hard pressure in the facets below the hard
slab, with more than one tap from the shoulder required to fully compress the weak layer. 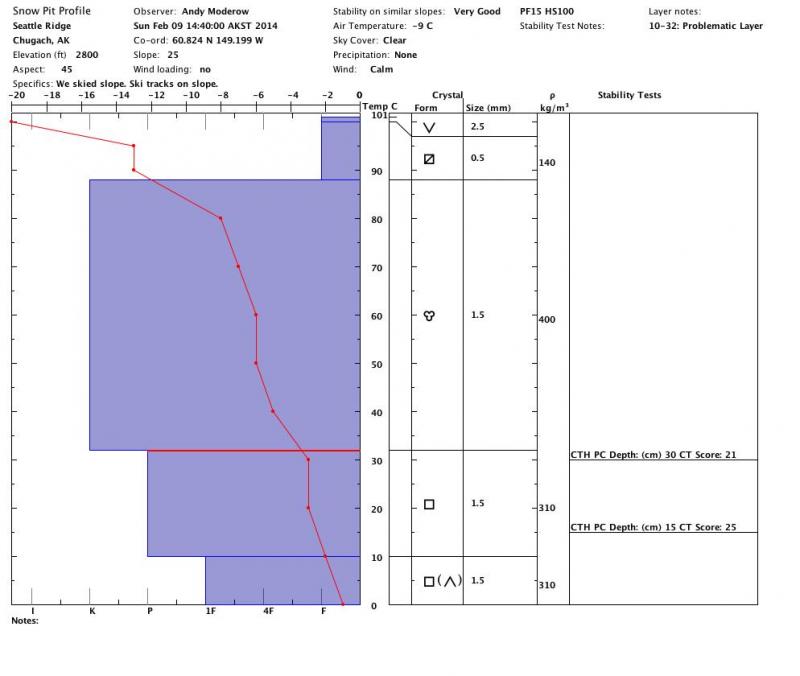 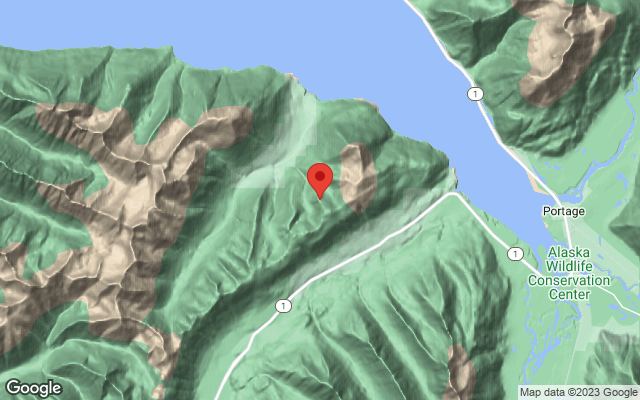