Rode up to Seattle Ridge via the common up-track. There is one portion of the up-track that is still threatened with avalanche hazard from above (most of the Repeat Offender slide path has already slid but there is still one section intact above the up-track). We spent some time assessing the conditions and coming up with a plan to move through that portion quickly while watching each other. After making it up and getting a look around, conditions began to deteriorate. Strong winds picked up that were transporting snow and loading slopes. At this point, we turned around early to make it down in the same manner.

We got a quick look at the natural slab avalanche on Widowmaker slide path in 1st Bowl (Main Bowl) that released overnight on Wed, Feb 19th. It was estimated to have a crown from 3-8' thick and over 500' wide. The debris had large hard pieces in it also indicative of a hard slab composed of older snow. The avalanche took most of the path and pulled very close to the ridge.

Additionally, the front side Repeat Offender path was estimated at 3-6' thick and 2,500' wide. Running into small depressions and drainages below. Debris from this avalanche also hit the lower portion of the up-track (below the treeline).

Cracking in the fresh wind slab that was developing before our eyes. These were shallow, 6-8" thick.

Strong NW winds. Plumes and snow devils along ridge and could also be seen over on the non-motorized side.
Partly cloudy skies, temps near 20F.

The several feet of new snow from last week has settled significantly and is fairly supportable. A boot sinks in around 16-24". No whumpfing felt/heard, but it's always difficult when on a machine to know.

No pits were dug today. It was clear looking at the old crowns from both Widowmaker path and Repeat Offender on the front side that they released in old snow, likely the January facets. Large hard chunks of debris composed of old snow were seen below both avalanches. 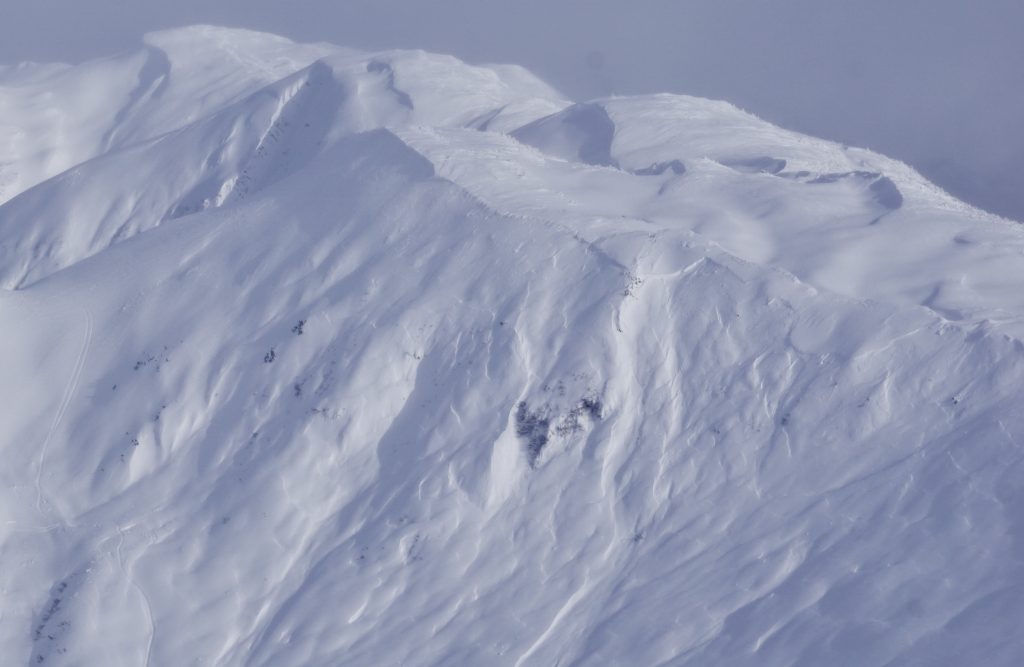 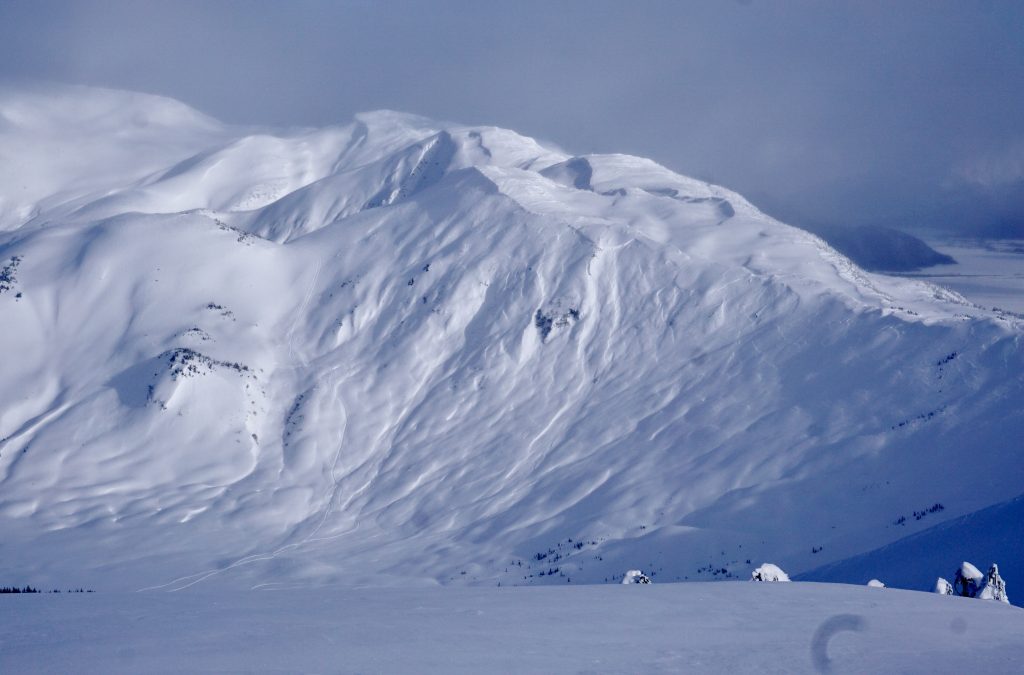 Wider view of the Widowmaker avalanche. 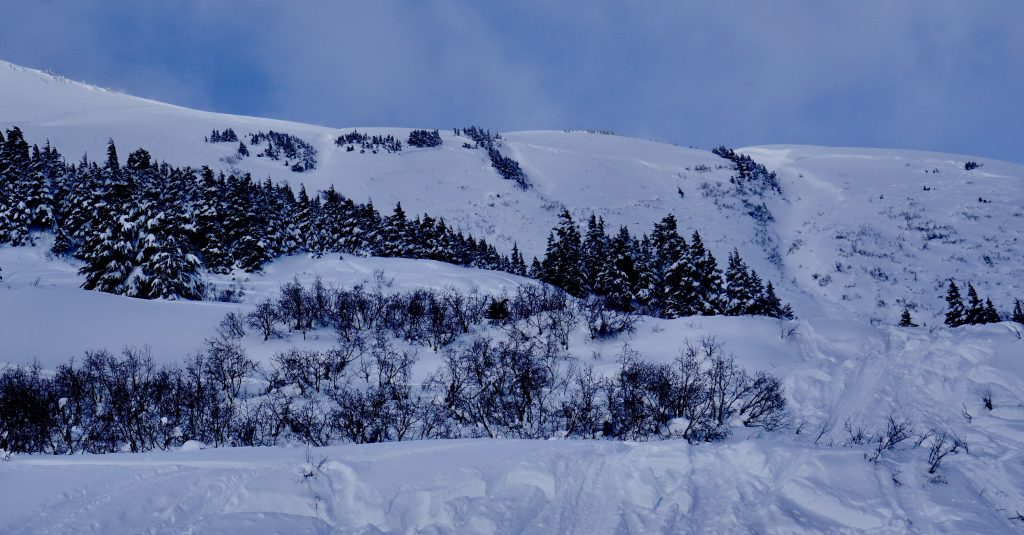 Three slabs from Feb 19th that naturally released on the front side of Seattle Ridge to the looker's right (north) of the up-track. 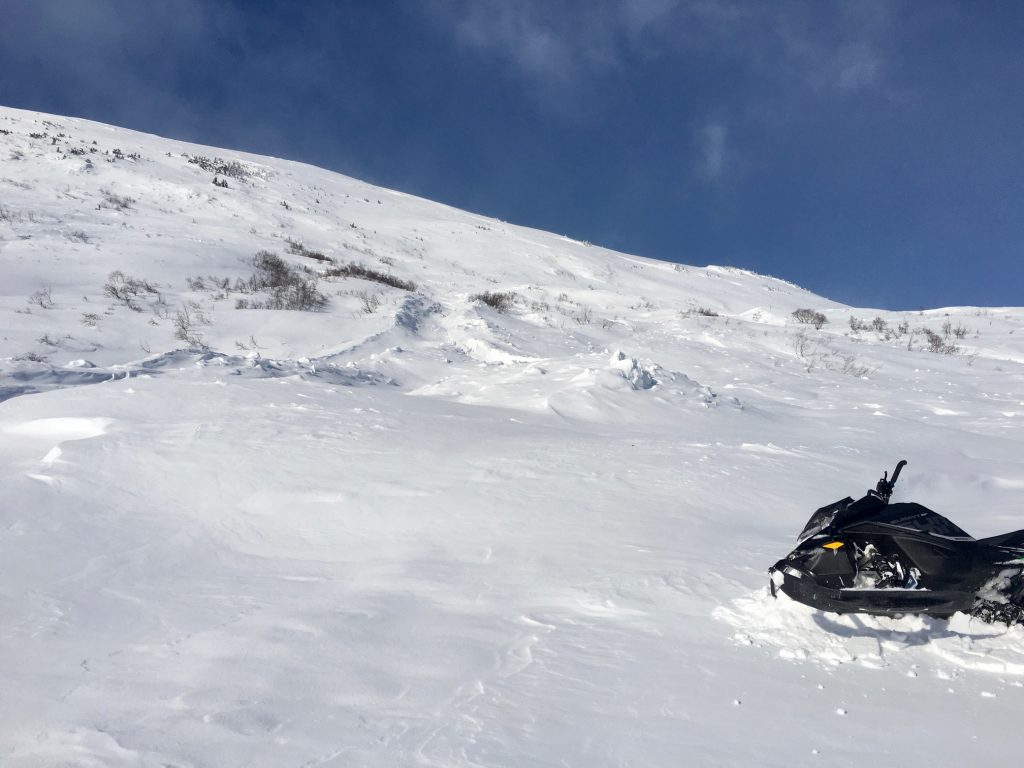 Very large debris piles and hard chunks of old snow from the Repeat Offender path that naturally slide the night of Feb 19th. 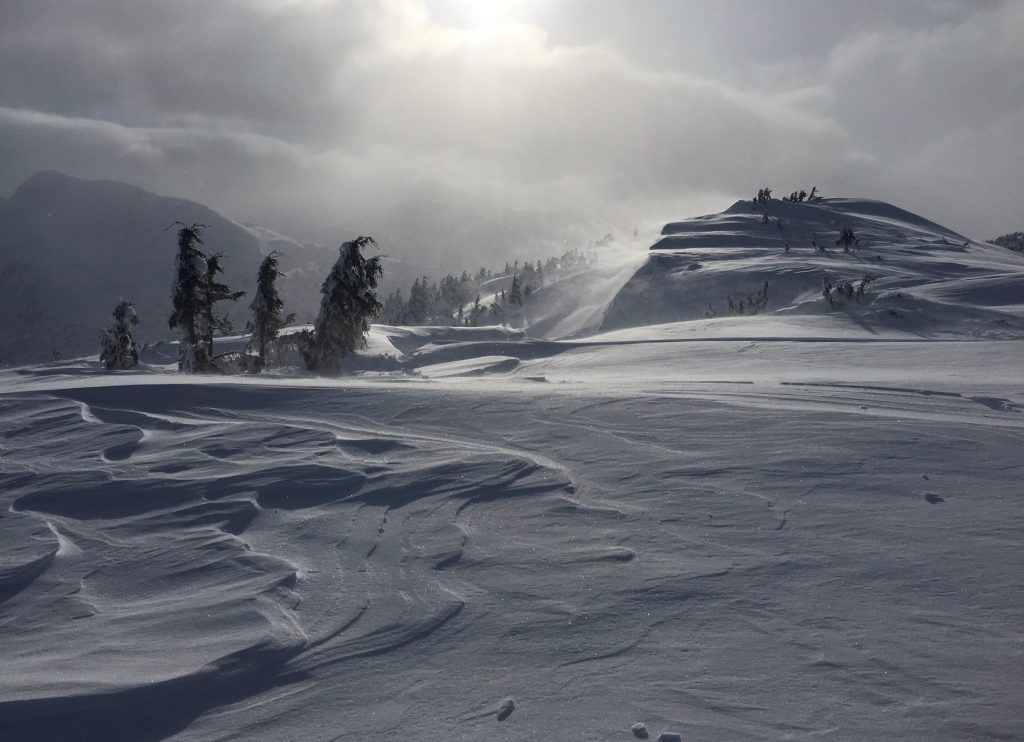 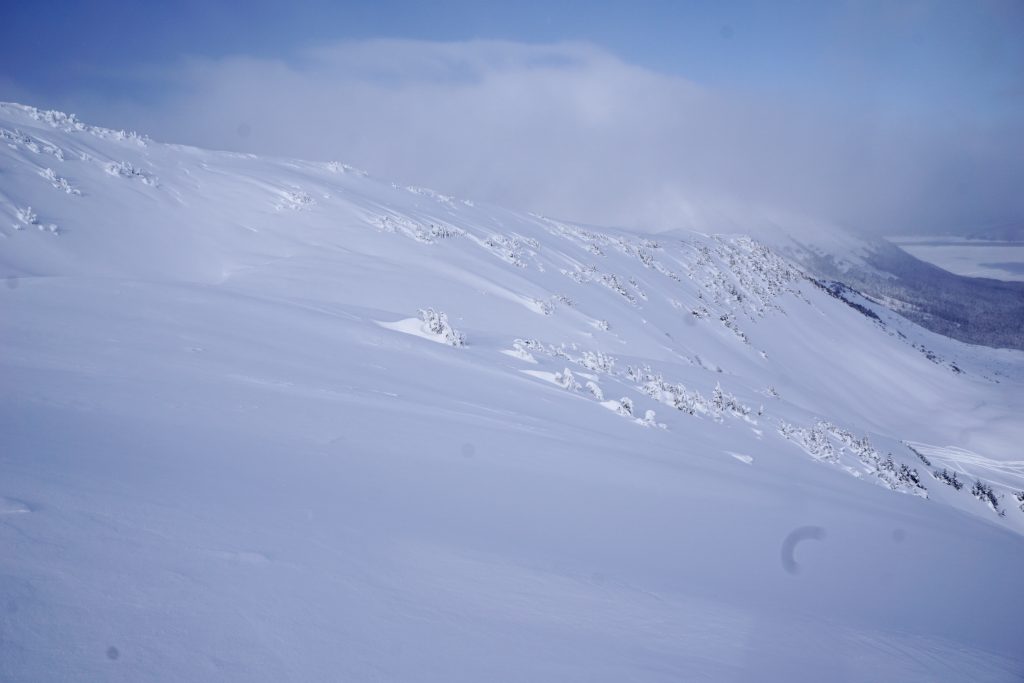 The west ridge between Zero Bowl and 1st Bowl. No evidence of recent avalanche activity. 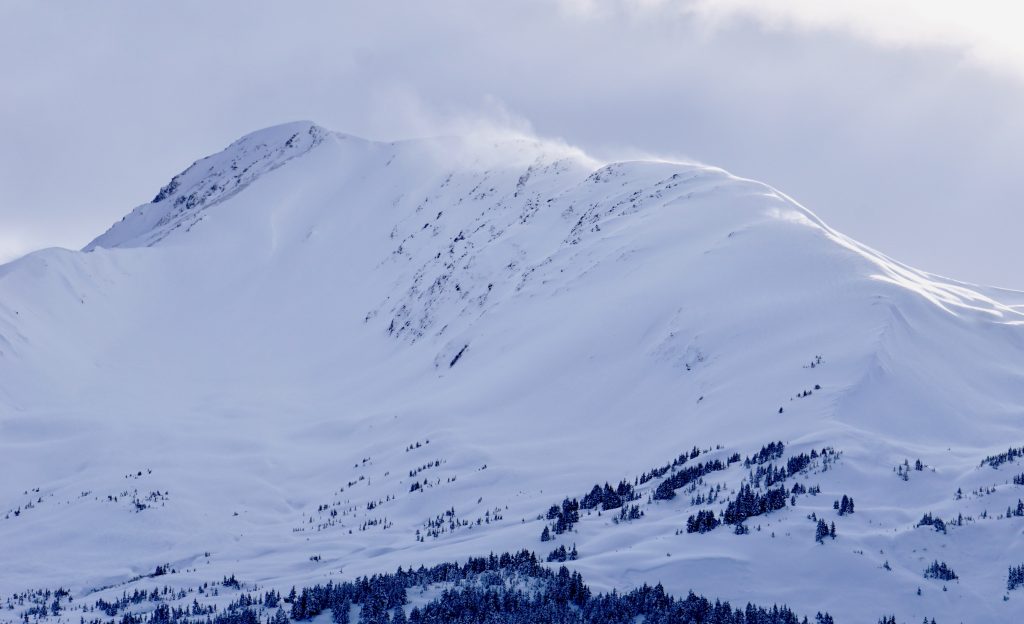 Plumes from the south on Tincan Ridge. It is common for NW winds aloft to be terrain forced into southerly winds on the non-motorized side at ridgetop level. 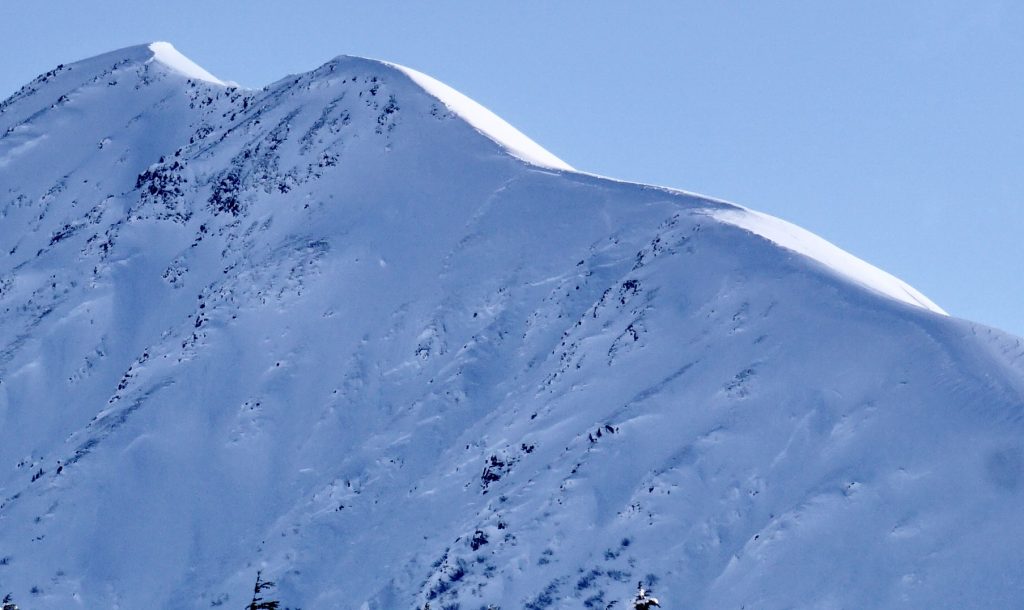 Sunburst seen from afar. Note the large slab on the north side from last week's cycle. 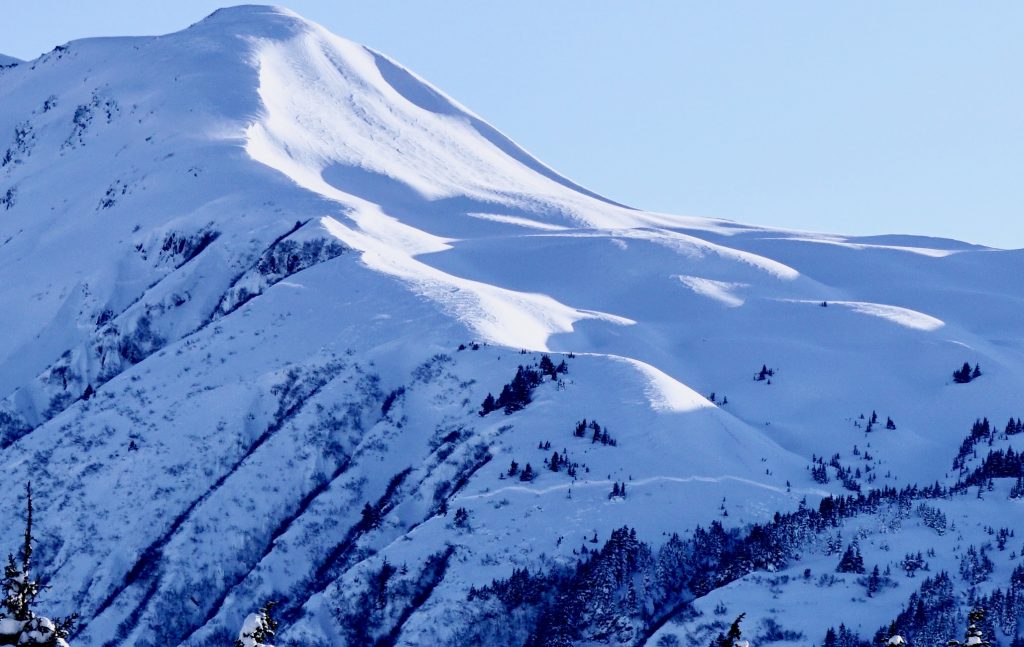 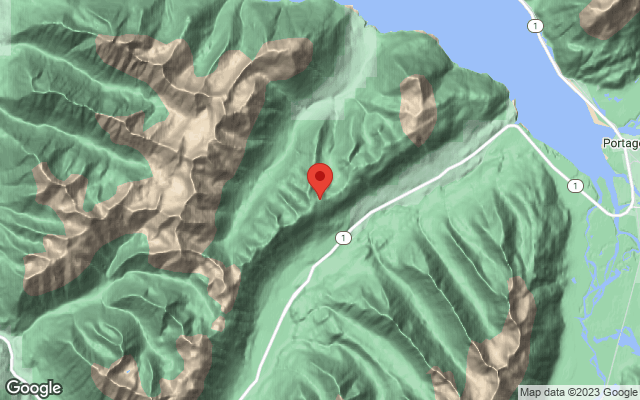