Obvious Signs of Instability
Recent Avalanches-observed several crowns from human triggered avalanche from
2-22 (see photos)
1 D1, natural on “Sunnyside” above Bertha Cr CG, ~2,500’E aspect-took out part
of a skin track that was put in over the weekend (see photo)
Shooting Cracks-no
Collapsing/Whoompfing-no

Surface Obs
The 51” or so of snow that has fallen since early February got blasted by the
wind today. We were able to see the sheen of the January crust on a few distant
peaks. Winds were generally out of the east and blowing at all elevations. Top
loading and cross loading was happening in many areas. (see video)

There were still some areas of unaffected snow but the majority of slopes in the
Seattle Ridge/Creek area were either scoured or loaded. Sastrugi was starting
to form along the more exposed ridge lines.

Pit info
1 pit @ 2,300’
W aspect, 30 degrees
HS=180
Feb slab 70cm
A thin layer of mixed forms (small grained facets-1mm) between the Jan crust and
the Feb slab did not produce any results in tests
A thin layer of 5mm surface hoar was present 60cm down.
ECT did not produce any significant results.
CTs showed mod-high strength on the surface hoar layer.
Surface hoar is not a widespread layer that we have observed over the last 2
weeks. It appears that this was a pocket but is worth remembering nonetheless. 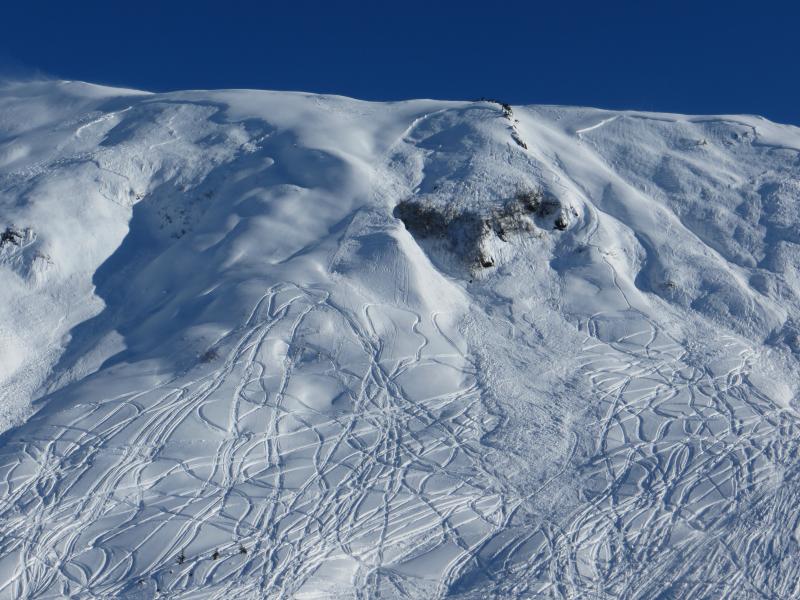 Snowboarder triggered avalanche from 2-22- crown in the middle. The crowns to either side were either sypmathetically triggered, remotely triggered from above or natural. Details are uncertain. 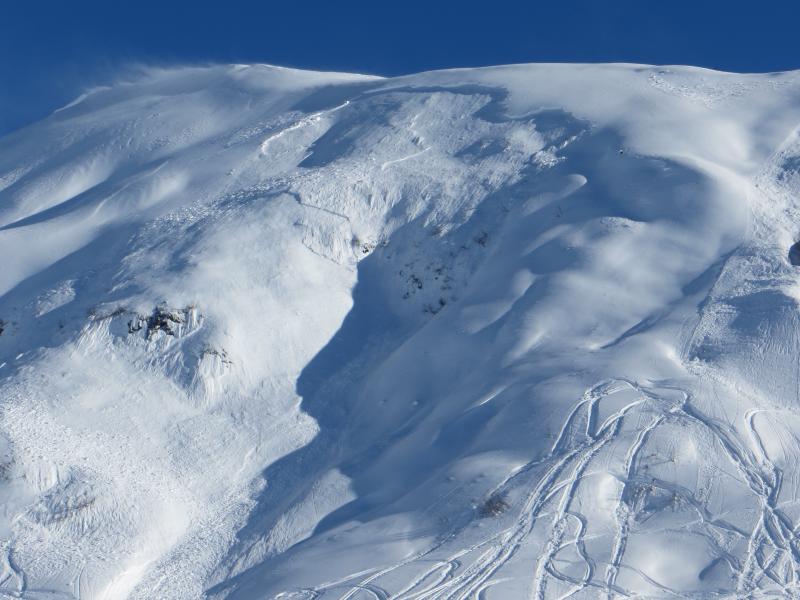 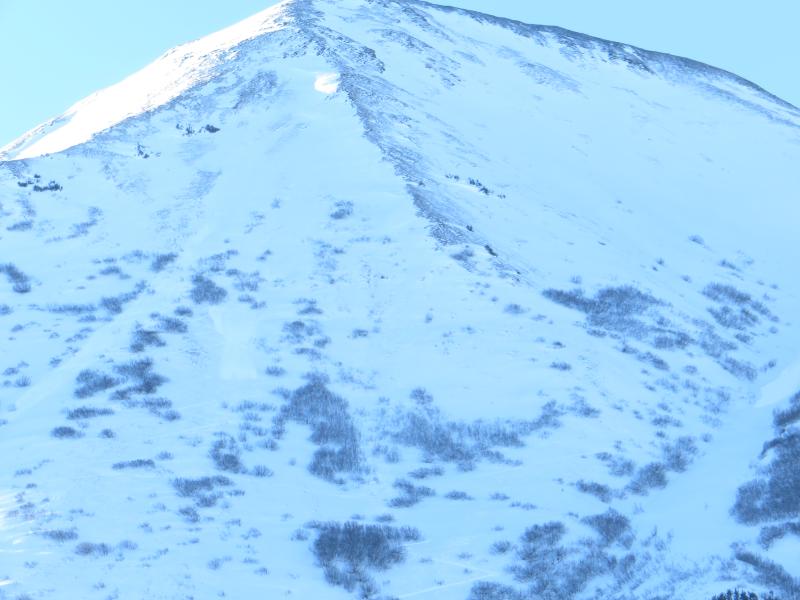 "Sunnyside" natural avalanche. Likely ran on 2-23. A great example of a cross loaded gully. The debris, on the middle left, took out a portion of the skin track that was put in over the weekend.