Shallow slab avalanche triggered by a snowboarder on the Seattle Headwall today, Saturday April 9th, 2022. Photo and video passed to us by Graham Predeger who was in the area.

Snowboarder triggered a slab avalanche between 8 and 12" deep and roughly 70-90 ft wide. Rider was able to ride off the moving slab and was not caught. It was reported as a D1.5 which means it was not quite large enough to bury a person as the debris was minimal. It was however, large enough that it could have knocked a person off their feet, but that did not happen in this case.

This is the same zone where there was another skier triggered slab slightly larger from 5 days prior (4.4.22). The weak layer in both avalanches is suspected to be the April Fools' Interface, which is a thin layer of facets and small buried surface hoar sitting on a thin crust that sits roughly a foot deep.

No red flags were seen today, until this slab was triggered.

Sunny skies and light NW winds.
Temps were chilly and shady slopes stayed cool while the crusts on sunlit slopes slightly softened during the day. 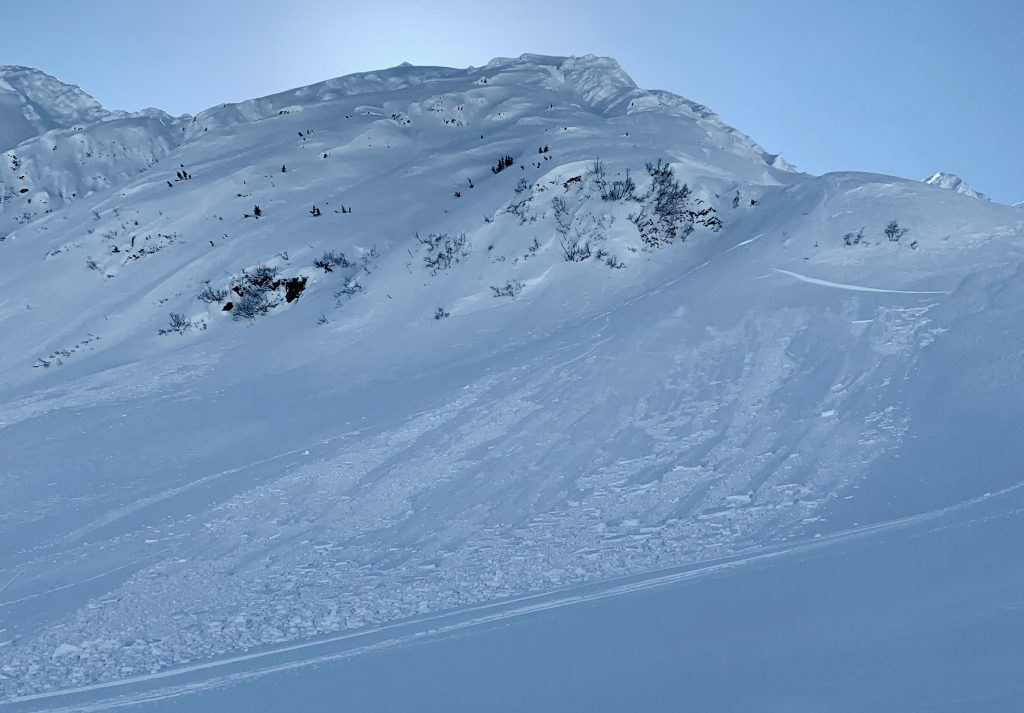 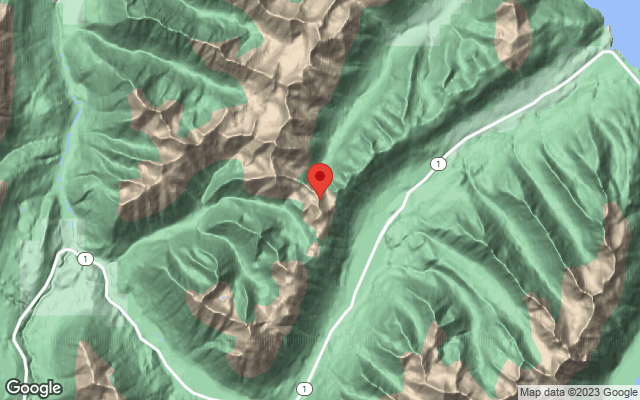