Date:
February 18, 2017 1:00pm
Observer:
Bryan Pfaender
Contact, Location & General Observations
Enter your contact information and a location for this observation. Note that you can submit anonymously, however if you would like to share your name with staff, but not the public, select No for "May we include your name in your observation"
Forecaster Comments

Concerned with the snowpack, we found some isolated rollovers to ski/ride just SW of BBQ hill. However one member of our party was able to trigger a sizable slide on a relatively small rollover while side-hilling about 2/3's the way up the face. The slab released well above him near the ridge but was able to ride out safely. The crown varied from 1.5 to 4 feet (125cm) in depth and slope angle was generally 35 degrees but was near 50 degrees on part of the bed surface near some rocks just down from the ridge. The entire slab only moved 30 or 40 feet to the bottom of the roll but the volume of snow was massive. Snow near the ridge was extremely styrofoamy wind slab but transitioned to soft storm snow just off the ridge. The slab appeared to be sliding on old surface facets. Set the tone for a conservative afternoon of riding. 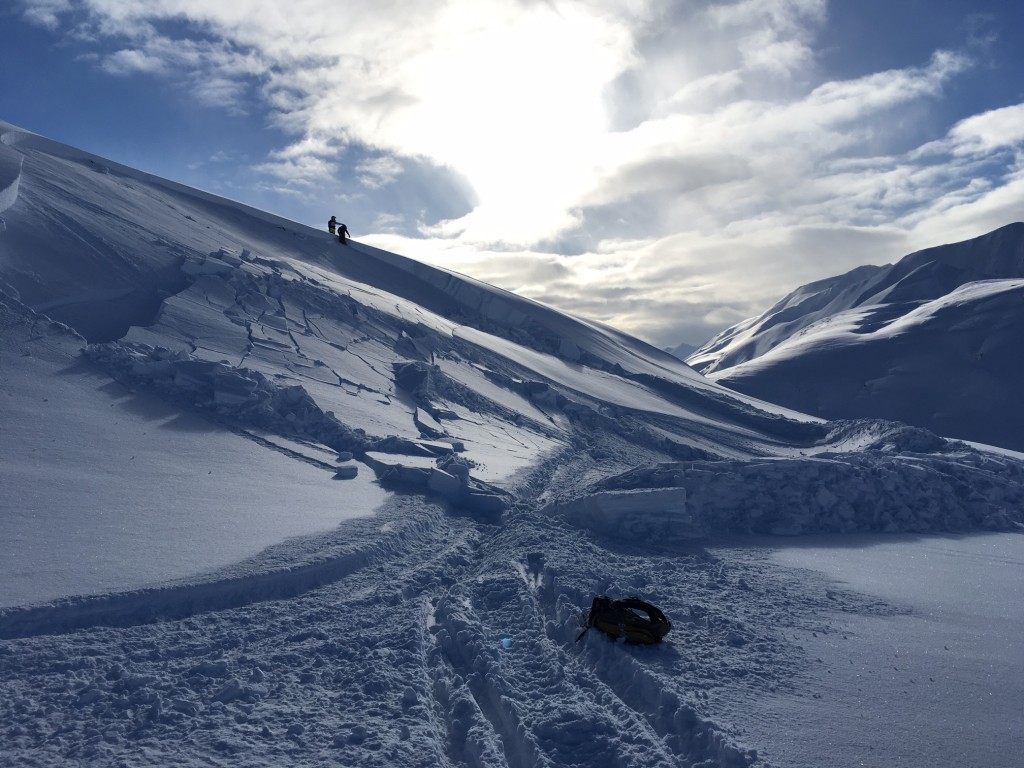 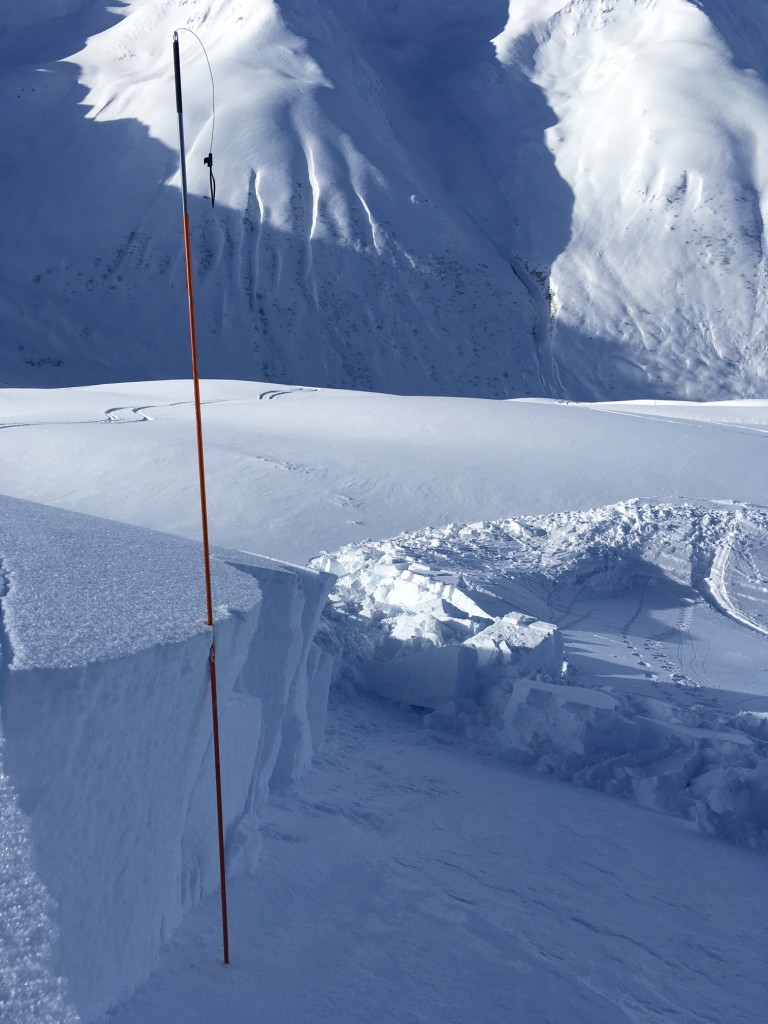 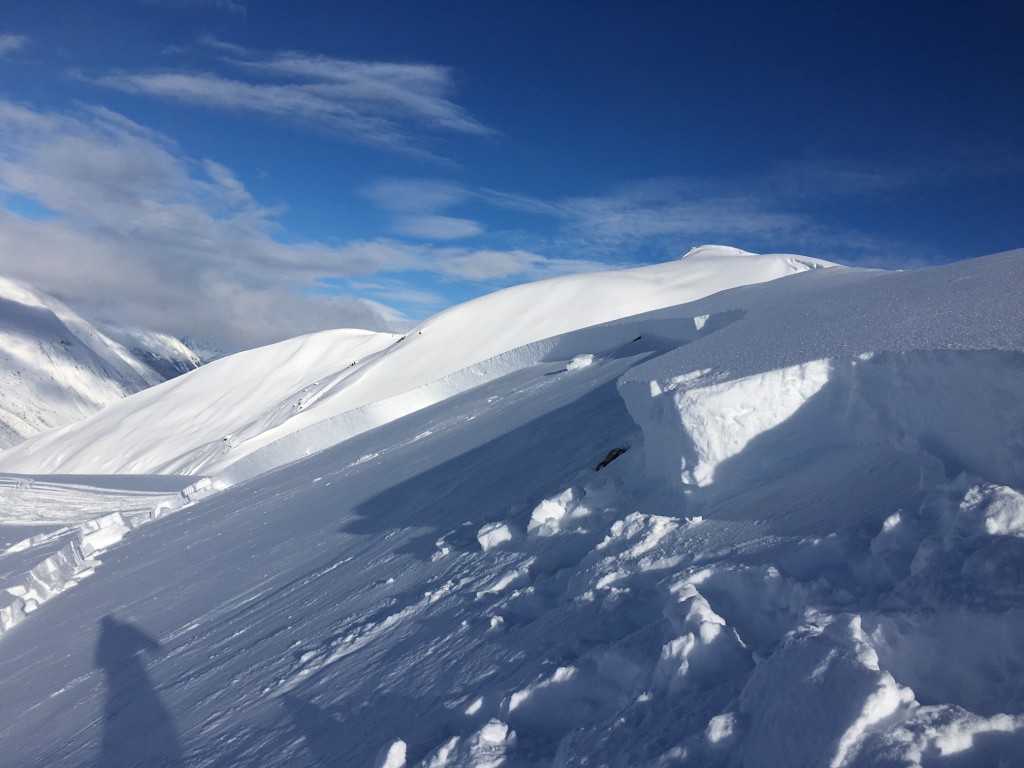 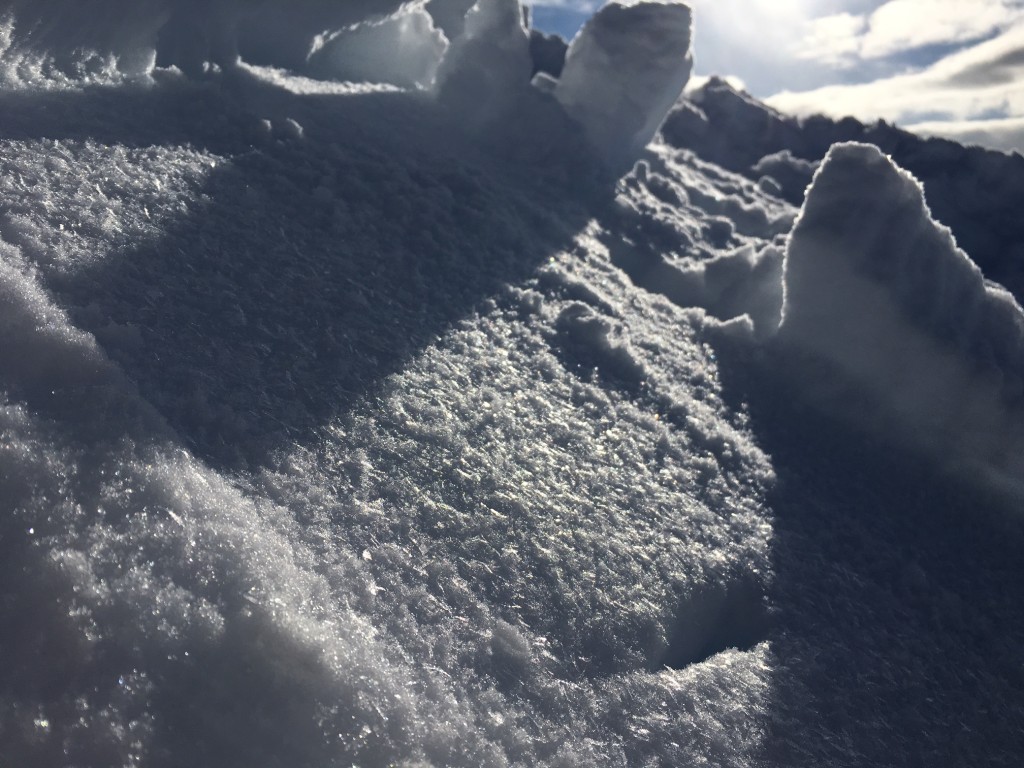 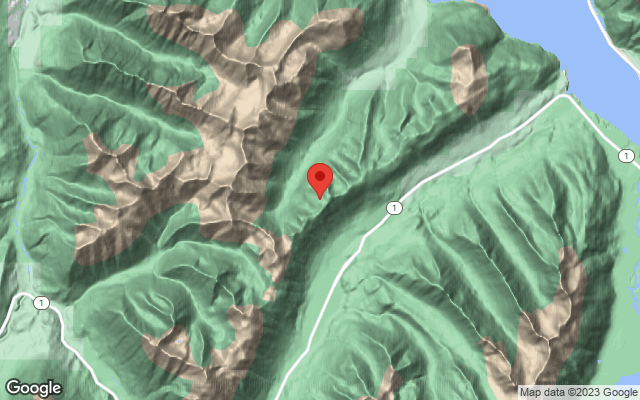