Obvious Signs of Instability:
Recent Avalanches- None observed
Shooting Cracks- Yes, small cracks associated with collapsing
Collapsing/Whoomphing- Yes, mostly in wind loaded areas. Observed on S through E
aspects at and above tree line. Collapses were in the small faceted layer just
above the early December crust. However, it seemed in other areas where the
crust was thin and breakable the collapses were below.

Snowpack Obs:
Total depth 1-3′ depending on wind affect.
Light drizzle crust on surface at lower elevations, which disappeared at 1500 ft
where a trace of snow fell overnight. Very thin coverage on snow machine up
track with variable ski conditions.

Early December drizzle crust:
Photos below. This crust (buried 20″ deep) was 3mm thick and impermeable at this
location. You can see the chained facets below the crust as well as the small
facets and some buried surface hoar above the crust. A bad combo for the future. 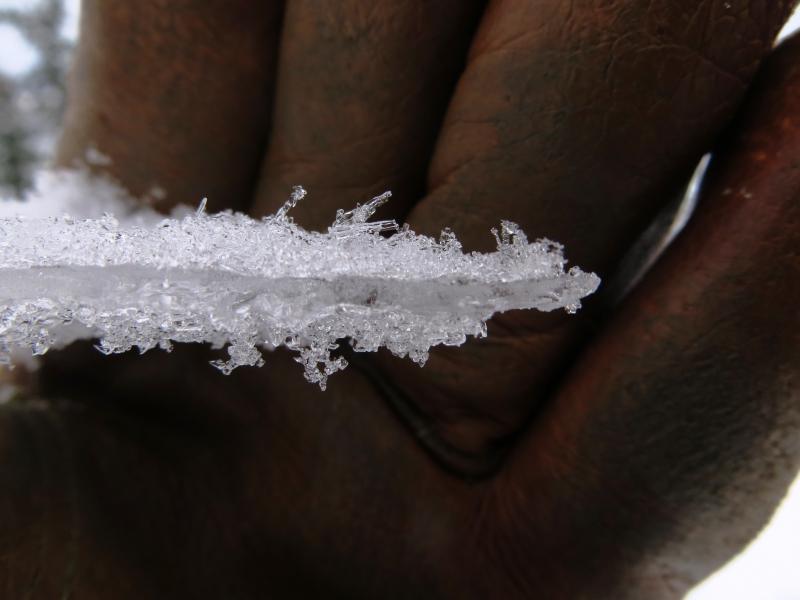 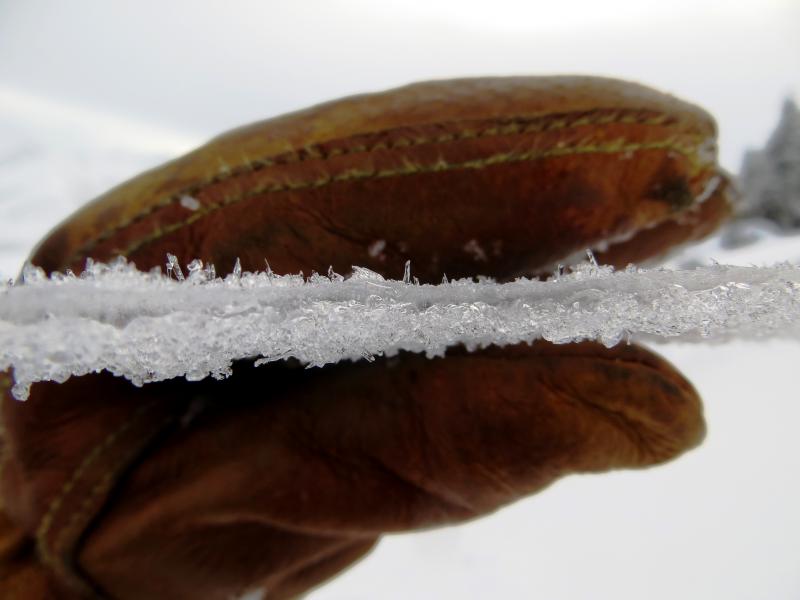 Another photo of the facet/crust/facet combo 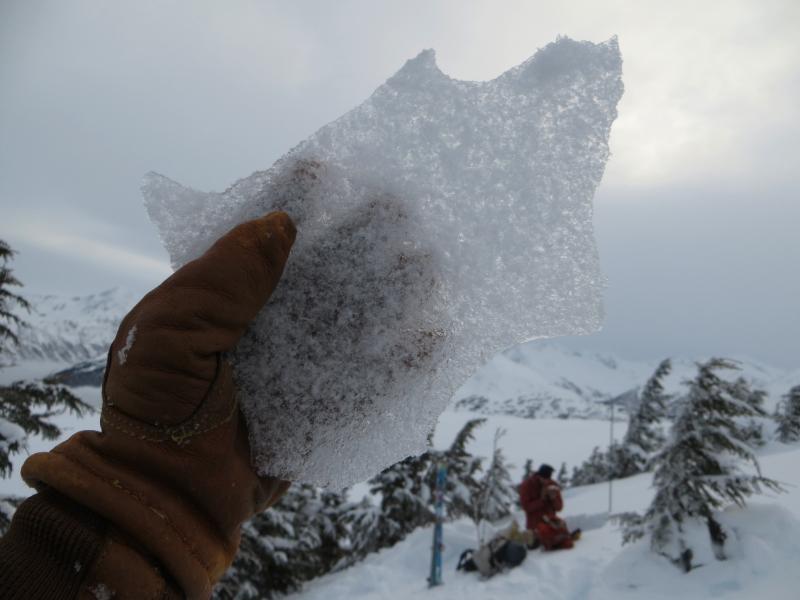 A look through the translucent crust 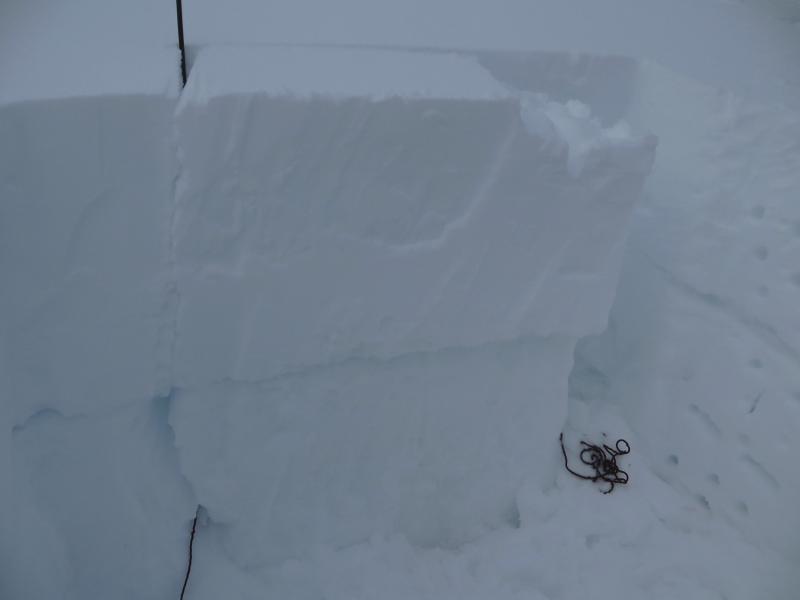 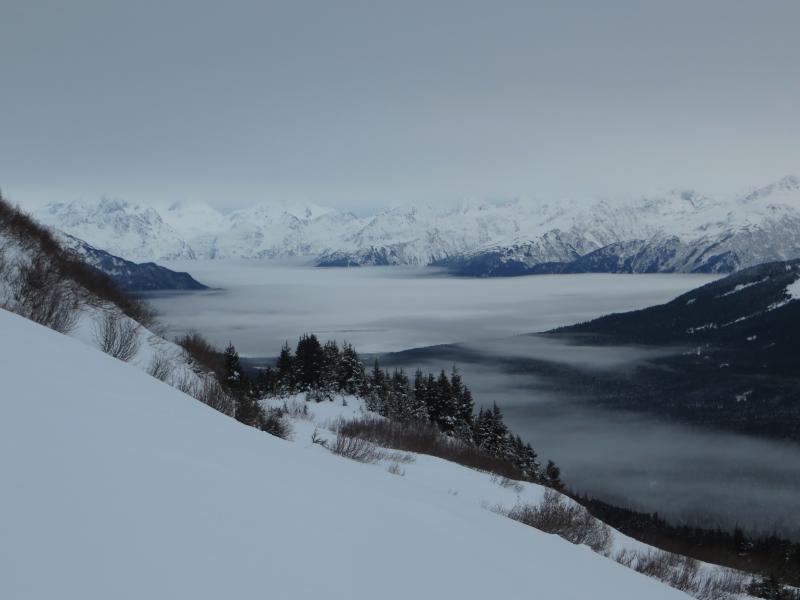 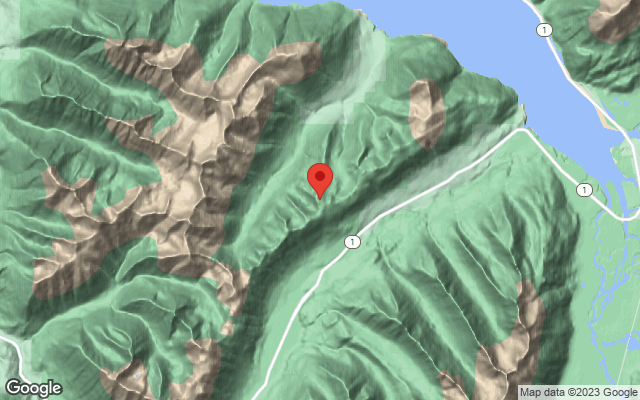