Rode up the common motorized up-track and north along the ridge to clear the rime off the weather station. Then, we headed south into the Triangle (-3 Bowl) area and the Headwall zone to check out the avalanche activity from over the weekend.

Between 5-7 storm slab avalanches seen. There were soft slabs around 10" to a foot thick composed of Friday's snow (April Fools Day storm snow). Some showed quite wide propagation. The weak layer is suspected to be a thin layer of small facets/small surface hoar that sat just above a thin crust. All were on south to westerly aspects from 2,000' to 3,500'. Many of these looked to have been naturally triggered by the sun on Saturday (Apr 2nd). Some also looked to have been human triggered. I'm guessing that thin crust aided in these being so touchy right after the storm.
Breakdown of the slabs seen:
- Widowmaker, possibly skier triggered, shallow but wide propagation, 300' wide ish
- BBQ/Triangle Bowl zone, looked to be a pocket 100' wide or so, remote triggered by a skier, unsure however.
- Headwall (Toilet Bowl) area, several slabs 50 to 200' wide that were likely natural

Only signs of several shallow storm slabs from over the weekend. No known slabs triggered today.
No cracking or collapsing felt.

Crusty surfaces below around 2,000' on all aspects but north. Supportable crust in the valley bottoms.
Soft settled storm snow on northerly aspects above 2,000'.
Another small batch of surface hoar is growing.

Today we focused on the weak layer around a foot deep that caused so many shallow storm snow avalanches. We were not able to get this thin layer of small buried surface hoar and small facets to propagate in several tests at one pit location - see video. The thin crust is quite evident in the pit wall but it's hard to see the weak snow without really looking. We also could not get it to crack out on any steep test slopes. We were not out during the heat of the day (3-5pm), to see if the sun was able to destabilize solar aspects like it did over the weekend.

No signs of larger avalanches seen. Meaning no signs a smaller avalanche triggering a deeper layer of buried surface hoar.

Lastly, a photo of a large glide crack in Main Bowl. 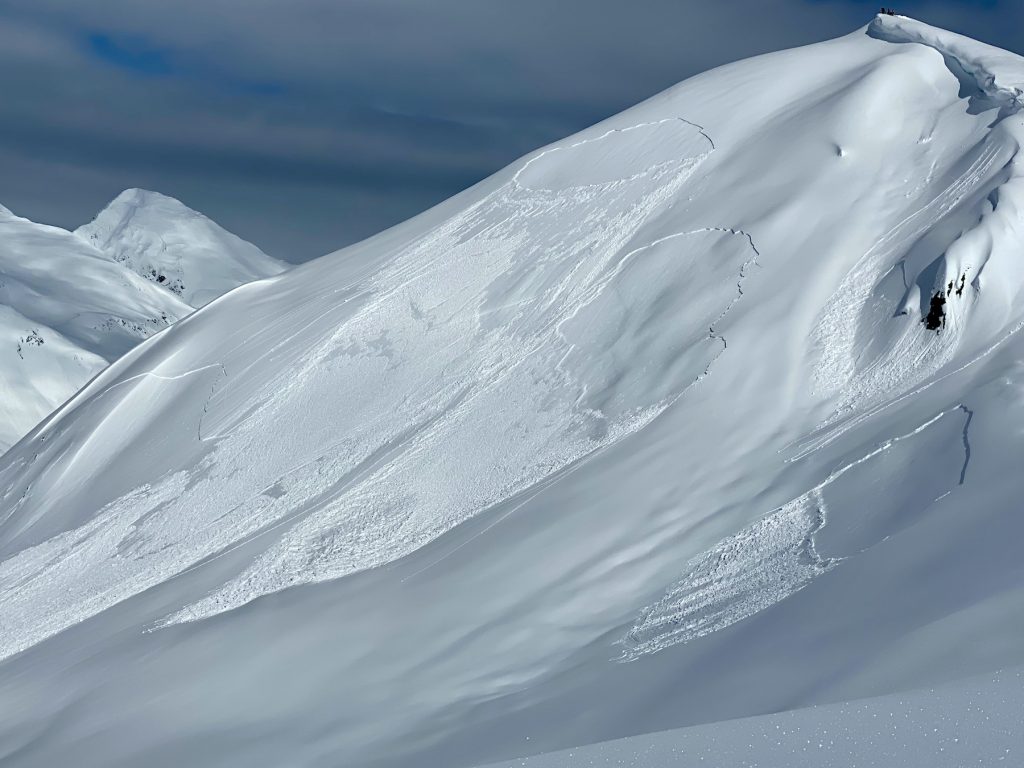 Several storm snow slabs near the Seattle Headwall - appear to have been naturally triggered by the sun over the weekend. 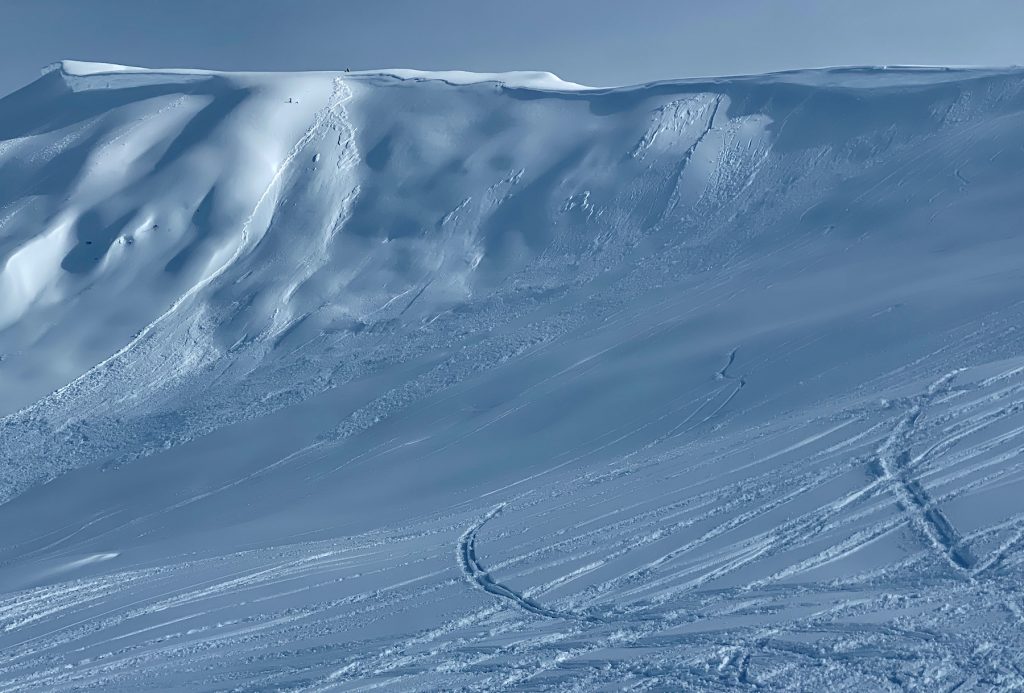 What looked to be a skier triggered storm slab with wide propagation on Widowmaker - also from over the weekend. 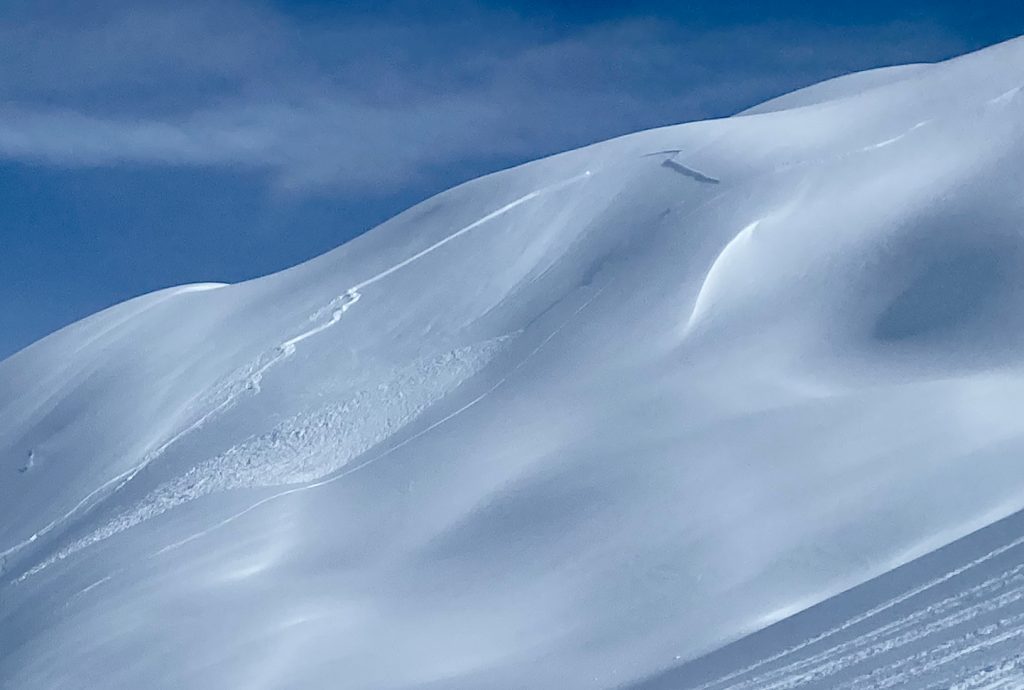 A look at the crown of what looks to be a skier triggered remote slab - also from over the weekend. 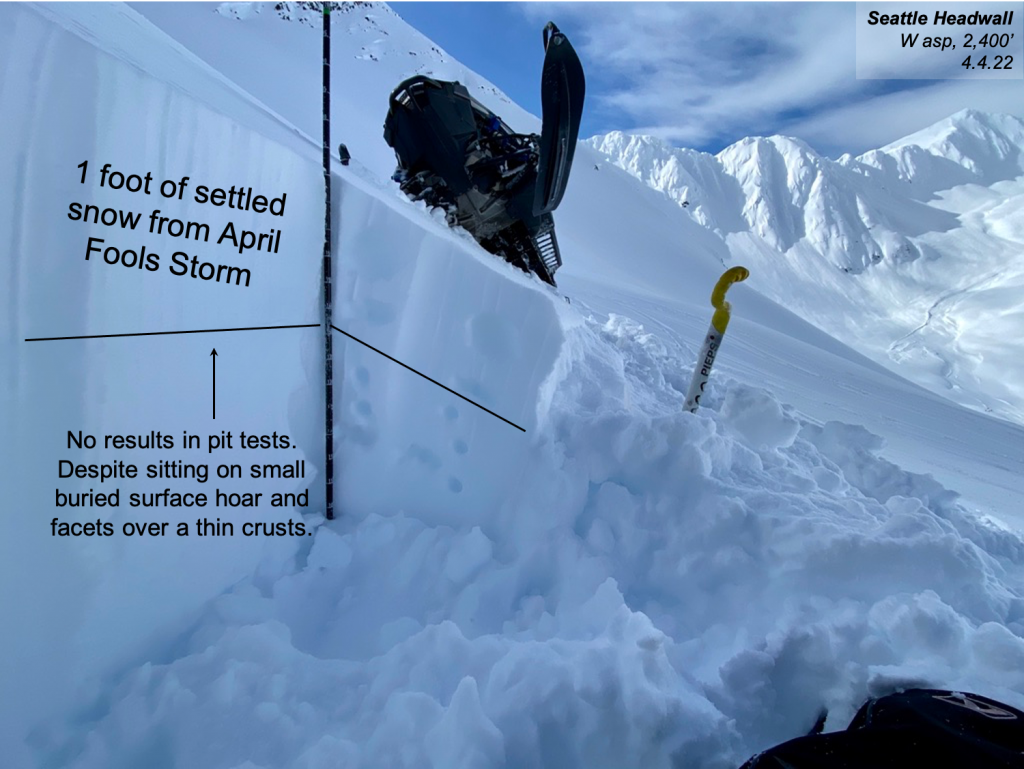 Snowpit - no results - the slab had bonded at this location. 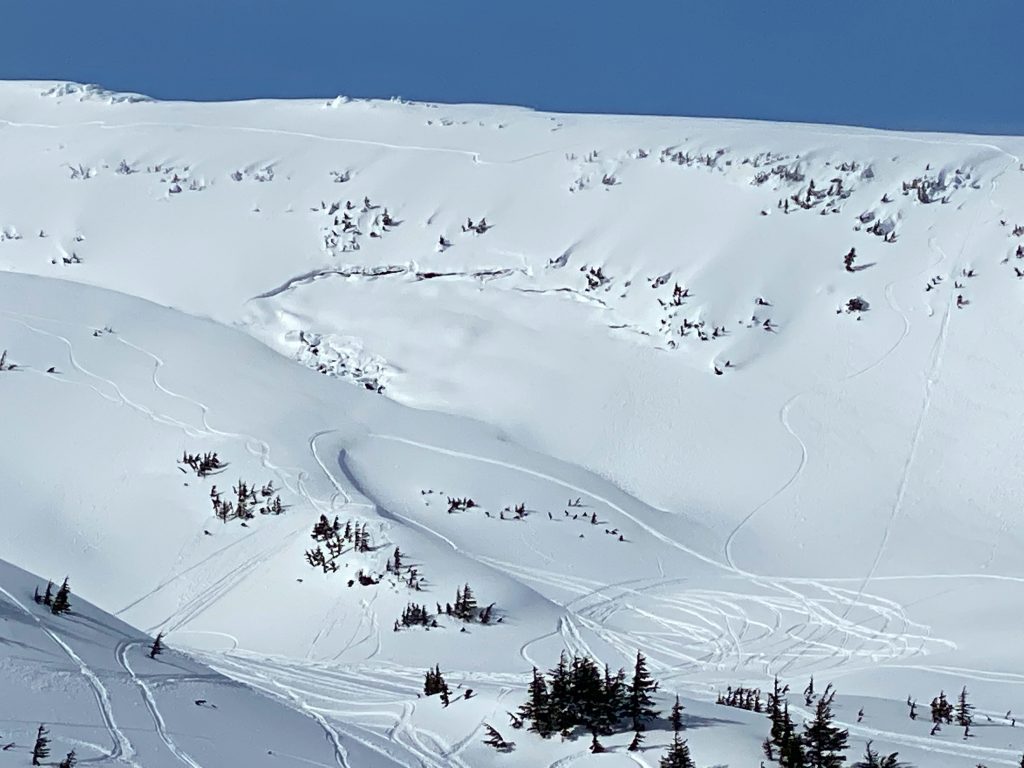 Glide crack opening on the east face of Main Bowl. 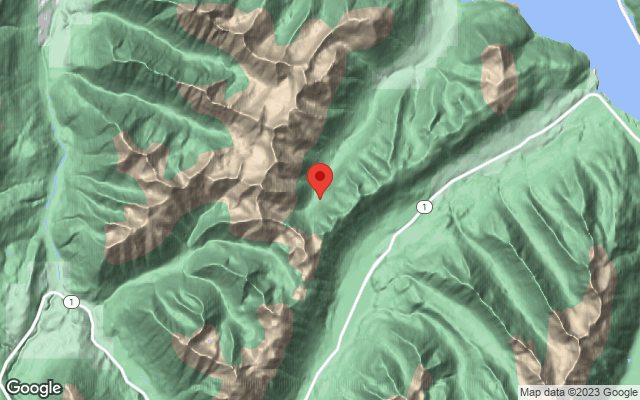