The Winter that Almost Was…

For anyone who ventured into the mountains this winter, it is no surprise that we hovered between 50 and 60% of our average snowpack for most of this season. The fact that the alders never laid down can attest to that. Accumulated precipitation, on the other hand, was typically in the 80-90 percentile thanks to significant rain up to, and over, 2,000′ during October and late January.

We had two significant thawing events mid-season: one in late January just mentioned (which subsequently melted out much of the pack and induced a very large spring-like shed cycle) and one smaller event in late February. After each of these, winter tried to return and we ended up with three Parts to our winter season. Part I was in December, before the January thaw. Part II in February, after a few cold storms deposited 2-3′ of snow on top of the then frozen snowpack from January. And last, but many would say the best, Winter Part III in March. This third period began with a 5 day storm dropping 5′ of snow followed by a 3+week high pressure. Steep lines were finally being ridden and snow stability was good. These Marvelous March days were quite welcome considering the previous two Parts were plagued with persistent and deep slab avalanche problems, including many close calls and remotely triggered avalanches.

The second chart is worth taking a look at – even though it looks busy at first glance. It shows the daily snow depth through the season at the Turnagain Pass SNOTEL site for the past 10 years. This year we started off with the lowest snowpack and continued to be the lowest to date.

The last couple charts are simply Sunburst’s ridgetop temperature and wind for the season. For the latter part of January you can pick out the warm 10 day storm cycle that brought on the spring-time shed cycle. In general, temperature was warm this season. In fact, January was the warmest on record for many areas in Alaska. Wind was about what we are used to seeing: a few storms brings 100mph+ Easterly winds and a few NW wind events. Luckily, all our anemometers held strong and none were blown away. 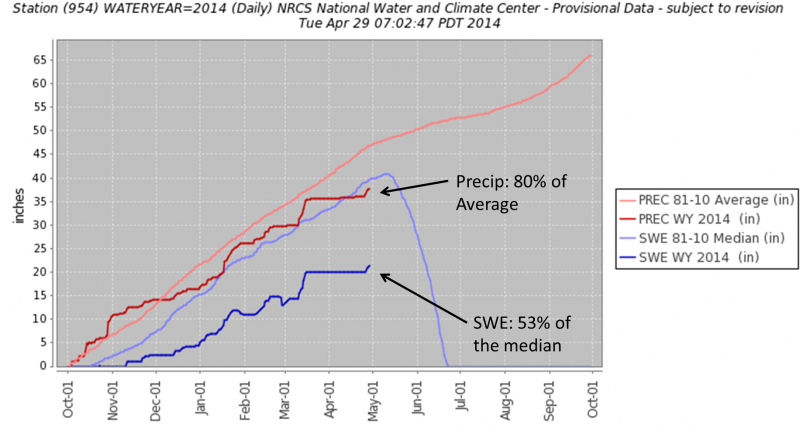 NRCS's nice graph of the current year's Precip and SWE compared to the average. 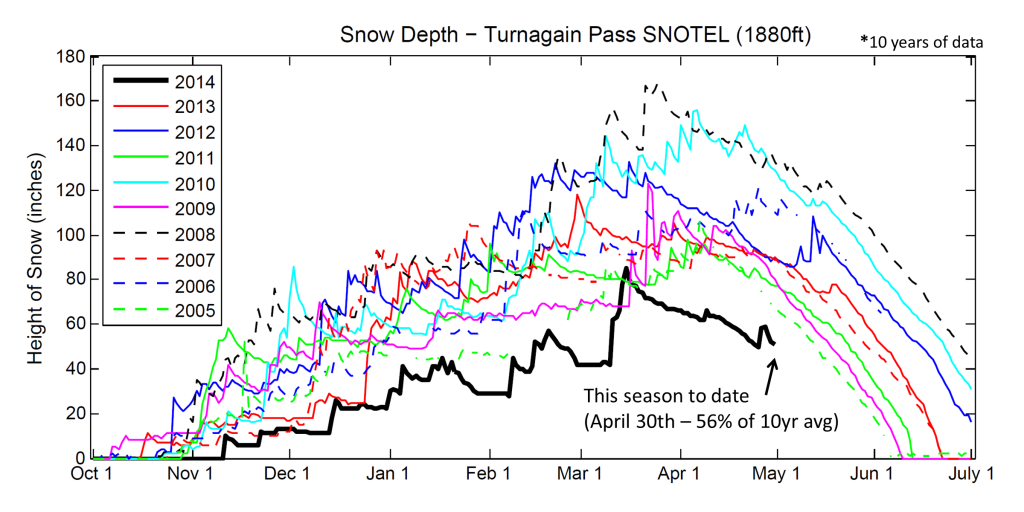 Don't be scared off by this overwhelming looking graph!! It's the past 10 years of snow depth on the Pass. Pretty interesting to compare years.

Air temperature from Nov 1st to May 1st at the Sunburst weather station (3812'). The two spikes in the middle of the season are the Jan and Feb thaws

Wind speed, gusts and direction from Nov 1st to May 1st at the Sunburst weather station 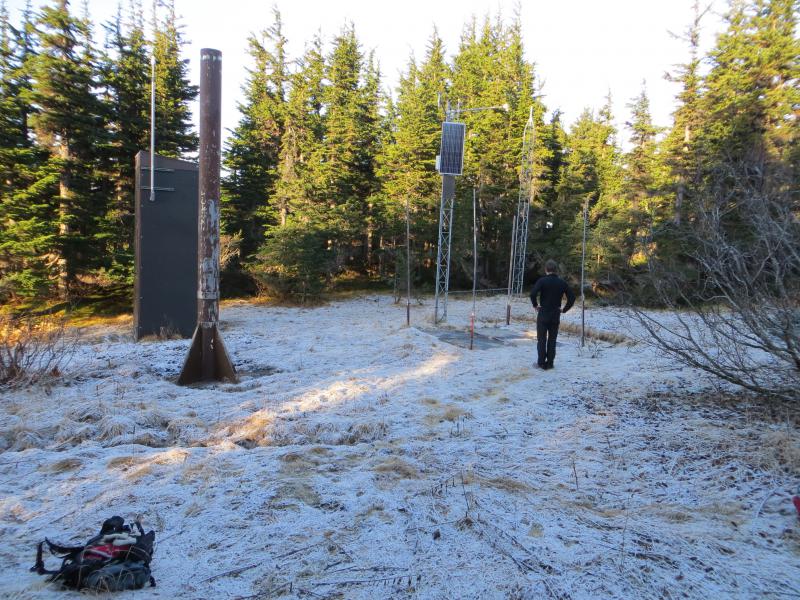 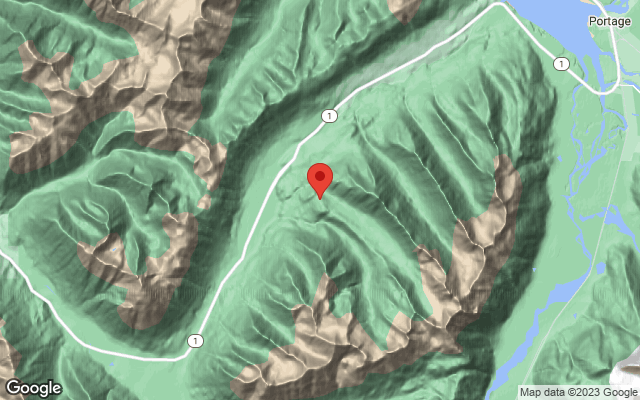