A drive through Turnagain Pass to check on the recent avalanche activity.

Several recent avalanches seen along Turnagain Pass. Many are from the past few days such as several debris piles in the guts along Seattle Ridge, but several from today.

Eddies: Occurred between 1 and 2pm. Wet slab (photo below) roughly 1-2' thick and 300' wide. Crown is near the rain line and likely triggered by rain on the new snow from this week. However, if you look closely, it almost seems like it could have broken in an old weak layer that was not near the top of the pack.

Pete's South: Occurred sometime last night or this morning. Wet slab also (photo below). Roughly 1' - 18" thick and 300' wide. Crown is roughly near 1,800' and this slab seem similar to the Eddies slide where it is possible it stepped down if you look closely near the crown.

A few gullies and faces along Seattle Ridge look to have new debris in them as well. Absolutely no visibility to discern crown lines.

Additionally, no visibility to see Tincan, Sunburst, Magnum, etc. Much is still unknown as to all that is avalanching or not.

Rain up 1,000' on Turnagain Pass. Temperature was 36-34F at 1,000' and rainfall was light. Obscured skies. Winds were also light from the Northeast. 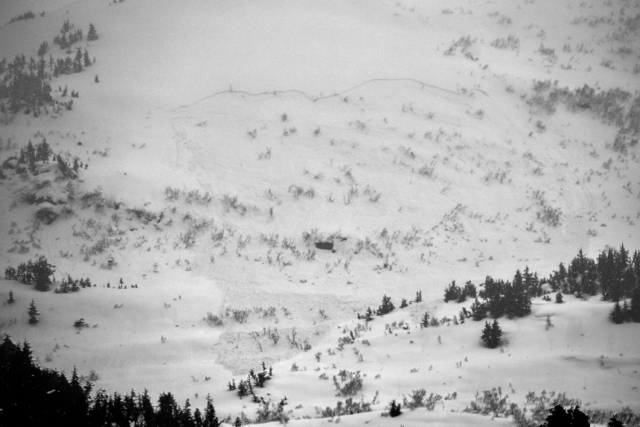 Pete's South avalanche - look closely at the crown - this possibly broke into an older weak layer near the top of the existing pack. 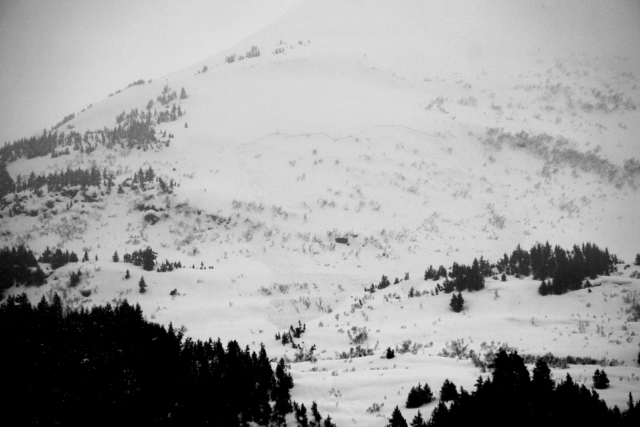 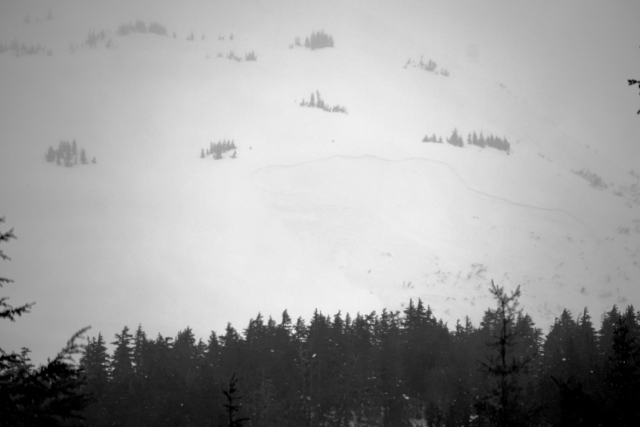 Eddies wet slab - difficult to see the crown well, but this also may have stepped down in to older layers. 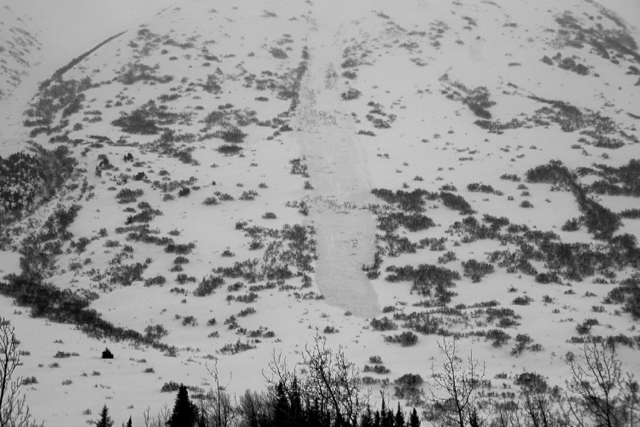 One of many debris piles along Seattle Ridge. 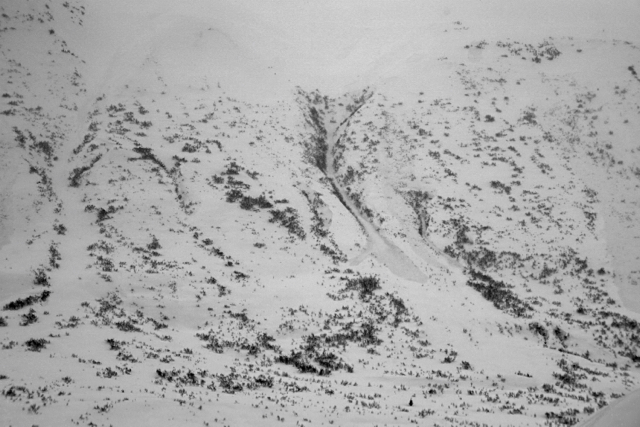 Another tongue of debris along Seattle Ridge 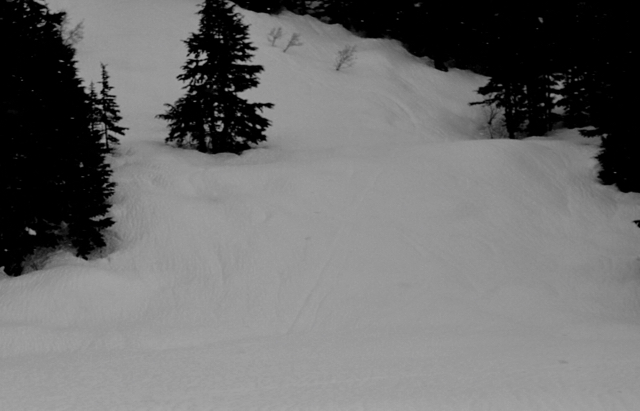 Runnels at the bottom of Tincan 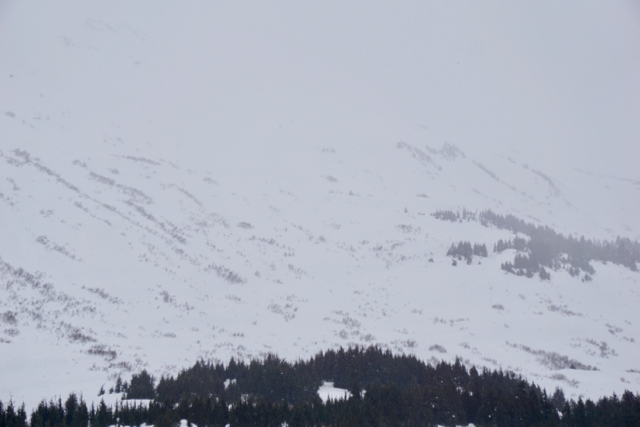