Drove from Girdwood to Turnagain Pass between 5pm and 6:30pm to look for recent natural avalanche activity from the last two days.

Turnagain Pass - Seattle Ridge, SE aspect - One recent slab avalanche and evidence of some older slab releasing sometime this week near ridge top. Sunburst - could see an older crown on NW shoulder, around 2300'- this may have occurred last weekend due to how filled in the crown was. Lips, West face - small wind slab
Girdwood - Got a report of a large natural on Penguin, NE aspect into California Cr around 11am. Visibility was too poor in the afternoon to see this.
Sawmill Creek - Across Turnagain Arm from Girdwood Valley - West aspect, 2500' - large slab avalanche
Placer - viz was pretty poor, but light was shining on the peak between Skookum and Portage, West aspect, 1500'- could see a few small steep terrain features with older crowns on them.

Overcast with a few places where the sun was poking out along Turnagain Pass and Portage
Temps - low 40F's at sea level, upper 30F's at 1000'
Could see some clouds/snow moving during a brief window along the top of Seattle Ridge
Light rain to at least 2000'

Watched one person ski down Sunburst, and roller balls were seen along their tracks from 2500' down on West Shoulder. Wet snow in the top 1-2" at sea level, with drier snow below this. 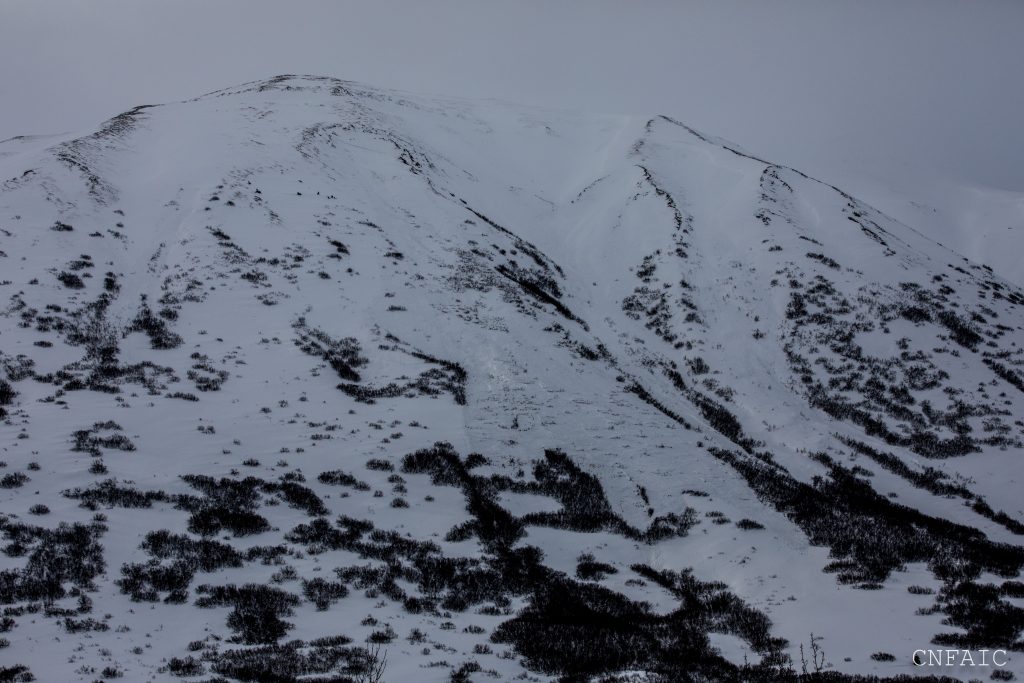 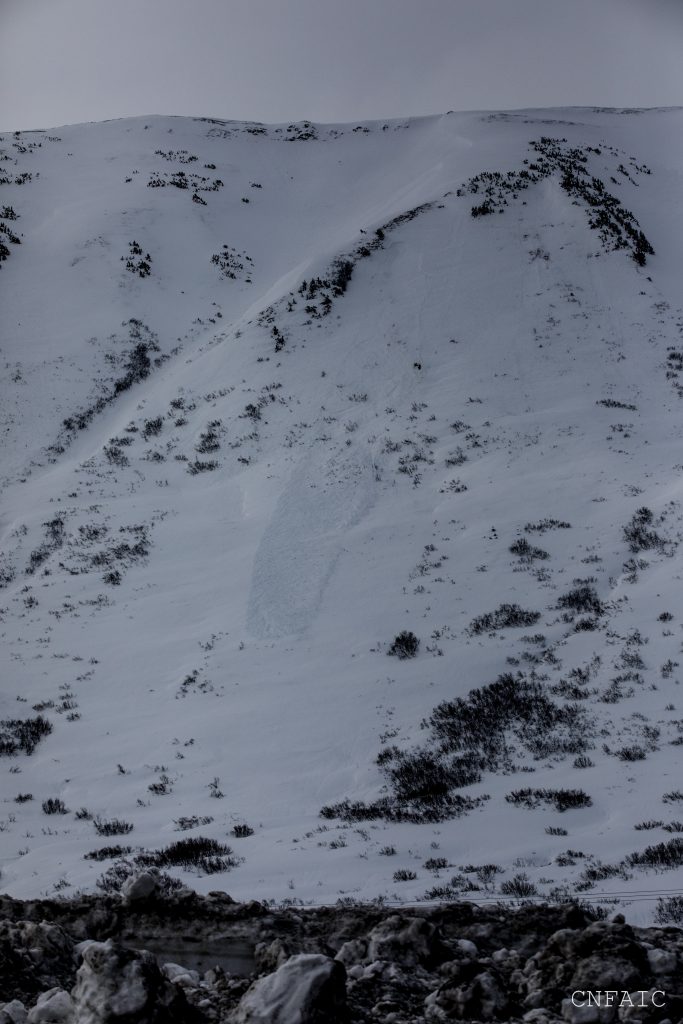 Smaller slab avalanche on SE aspect of Seattle near uptrack 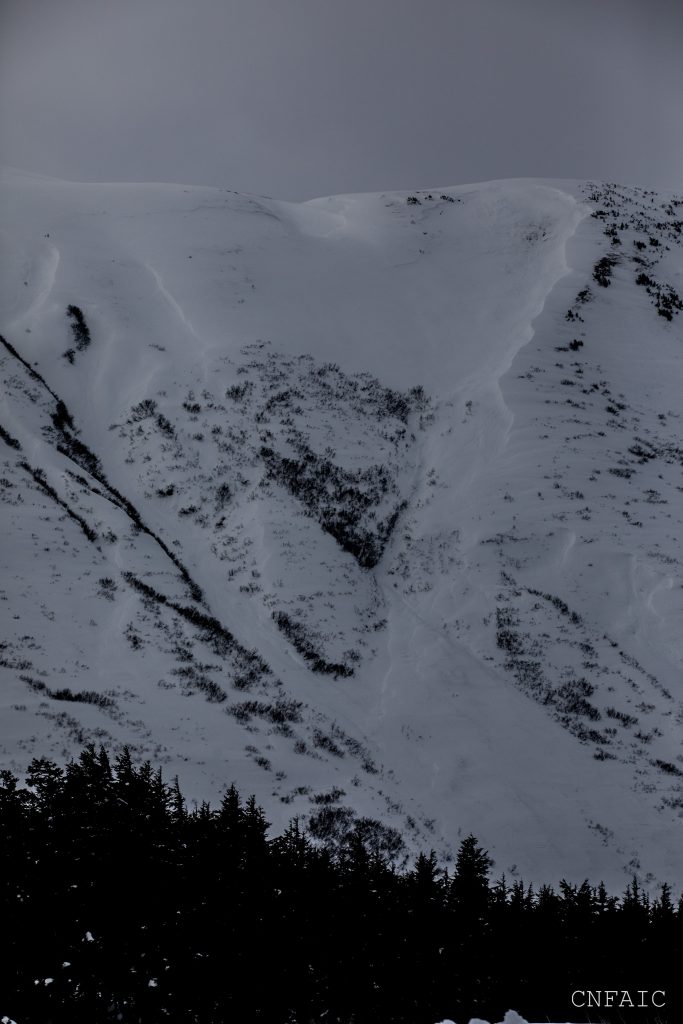 An older but larger crown could be seen in this gully along Seattle Ridge, SE aspect. Likely triggered during the storm last week, March 9th or 10th. 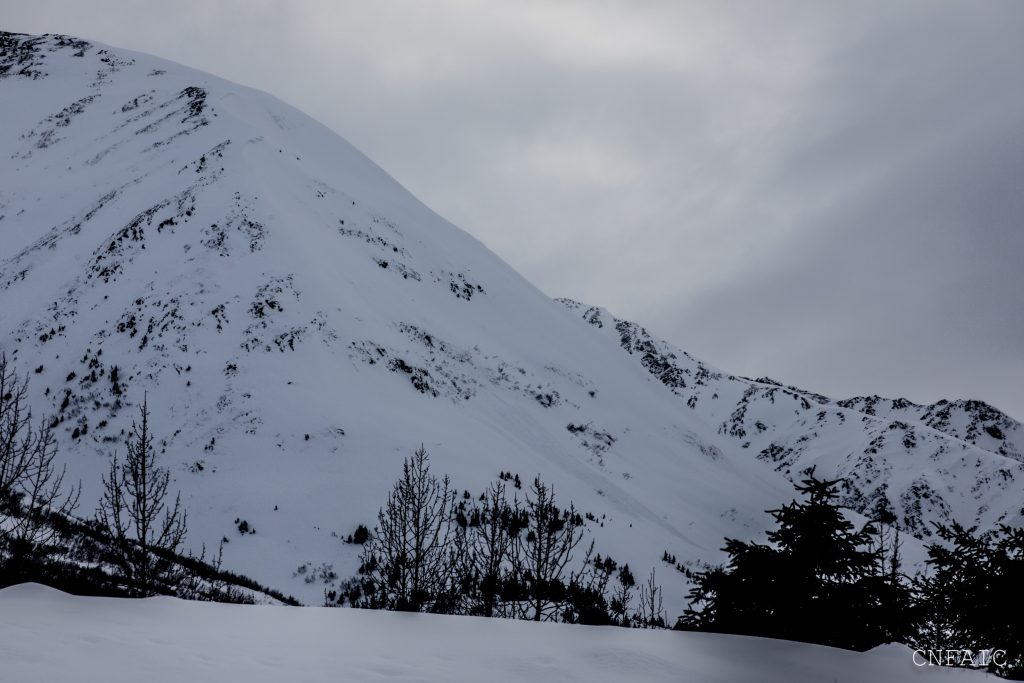 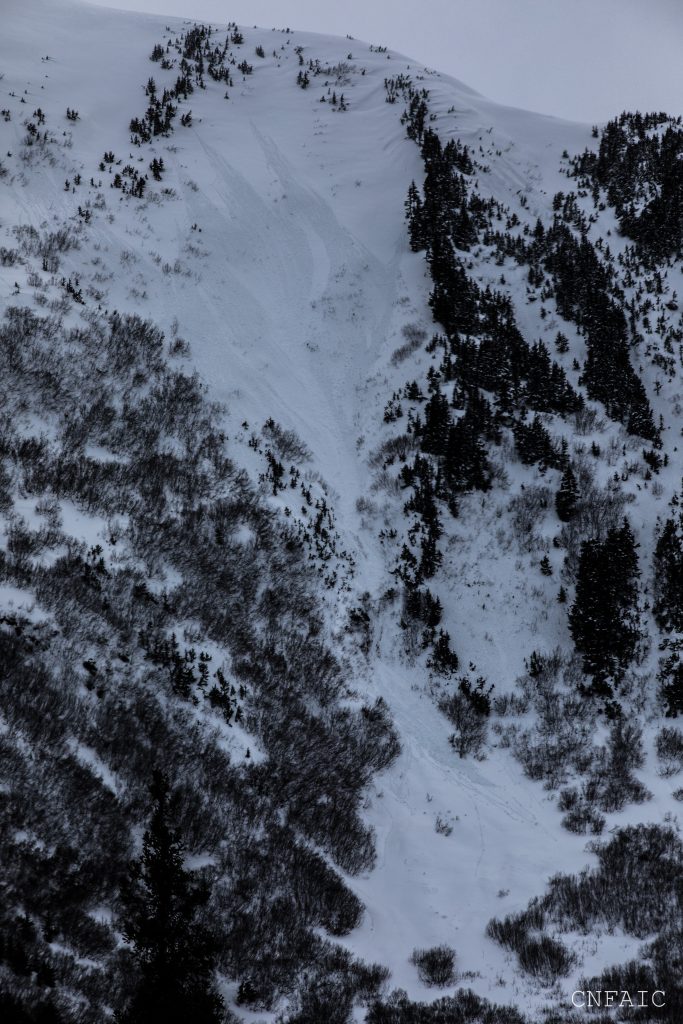 Roller balls and wet loose avalanche on NE aspect near Silver tip, below 2000' 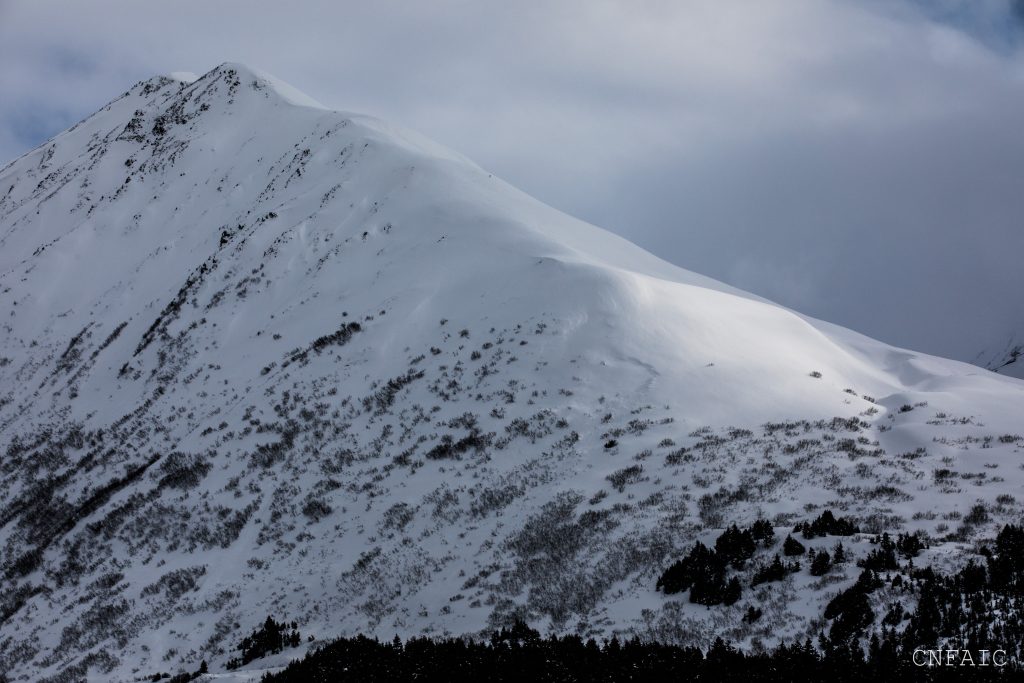 An older crown was seen with good light on the W shoulder of Sunburst, 2300' - likely triggered by March 9th storm 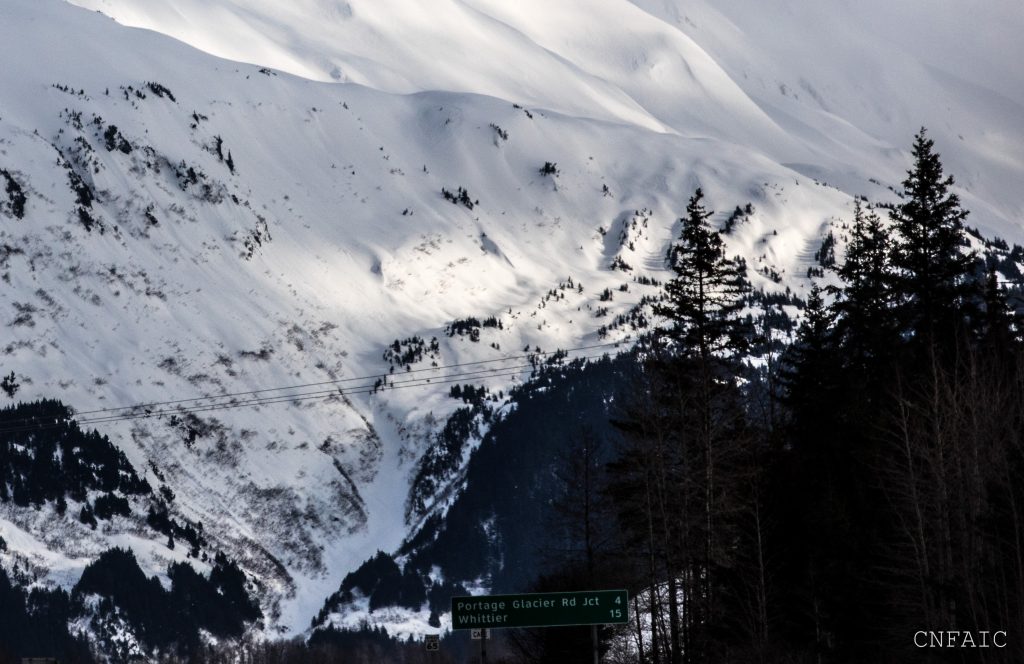 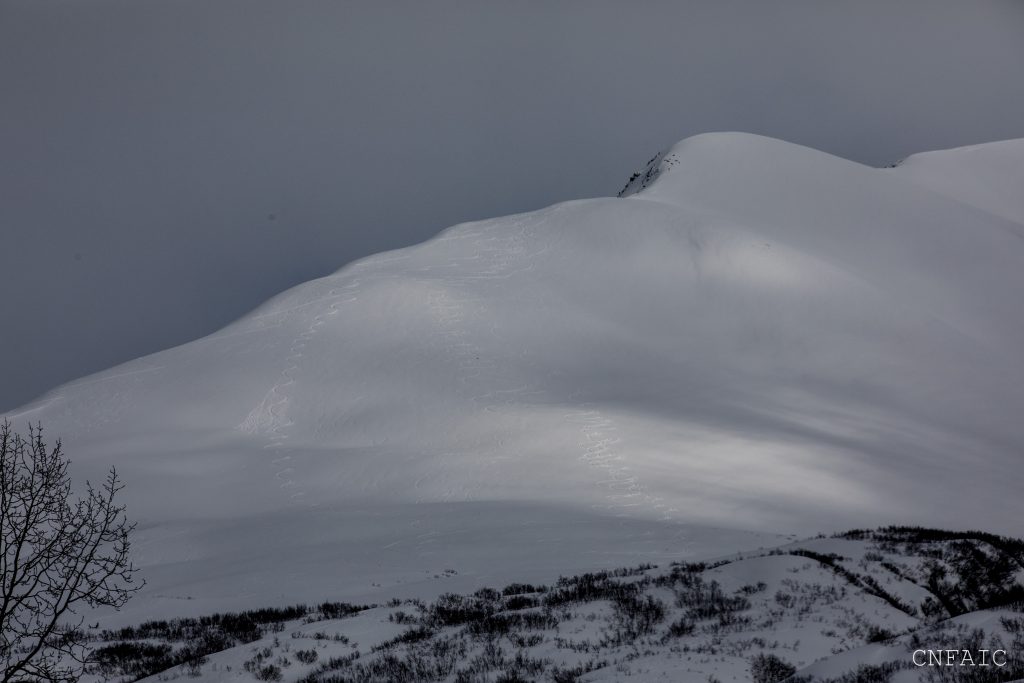 A few roller balls seen from someone ski tracks on Sunburst 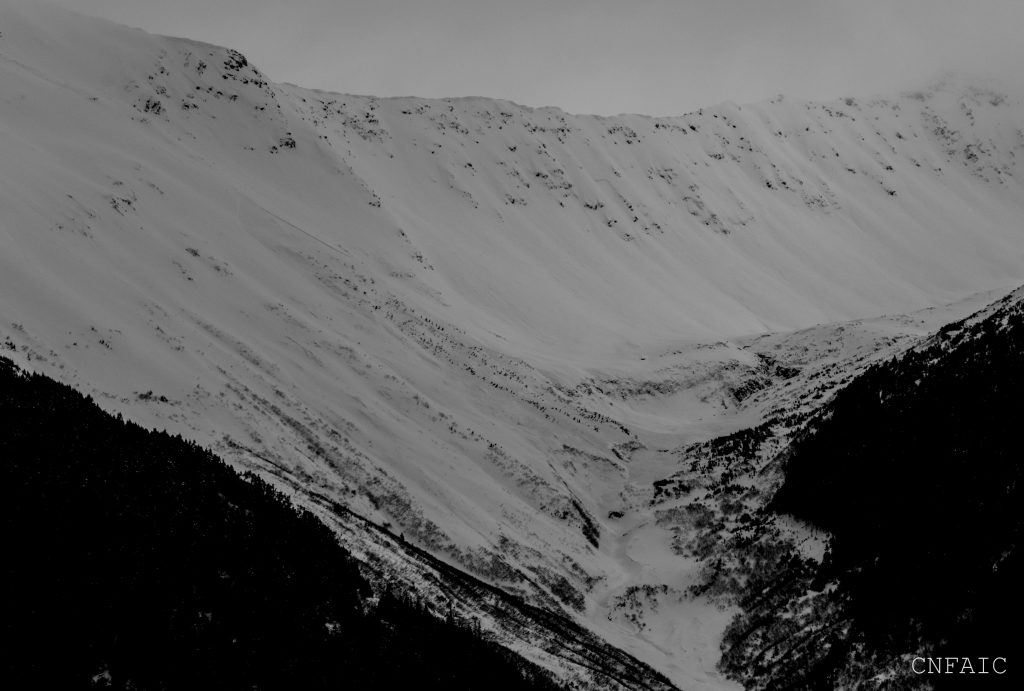