Drove through Turnagain Pass around 10:30am and again at 3:30pm after a tour up Sunburst. Visibility was good and we could see a few mid-storm small avalanches (D1-1.5) on specific steep terrain features as well as some debris in very steep and channeled terrain at bottom of Tincan SW face.

Many glide cracks that were visible before the New Years storm were covered and hard to see. We spotted a couple larger glide cracks opening (Lipps and Lynx Creek) and didn’t see any new glide avalanches. The glide avalanche that released on Seattle on Monday 12/31 was not visible or easy to see.

(1/3/18 at 8am) – We receive a report of a large remote triggered avalanche on Seattle creek drainage that occurred sometime yesterday (1/2.) Limited info at this time, but several folks mentioned it was 4′ deep. We are collecting more details today.

Report of a remote triggered avalanche in Seattle

Mix of rain/snow in Girdwood and Portage at sea level, up to an inch of accumulation at road level
Overcast becoming partly cloudy by the afternoon
Temps at road level were 31F and temps near ridge tops was dropping throughout the day to low 20Fs
Winds were light along the road, but winds picked up into the 20mph's for an hour or two in the afternoon along ridge tops 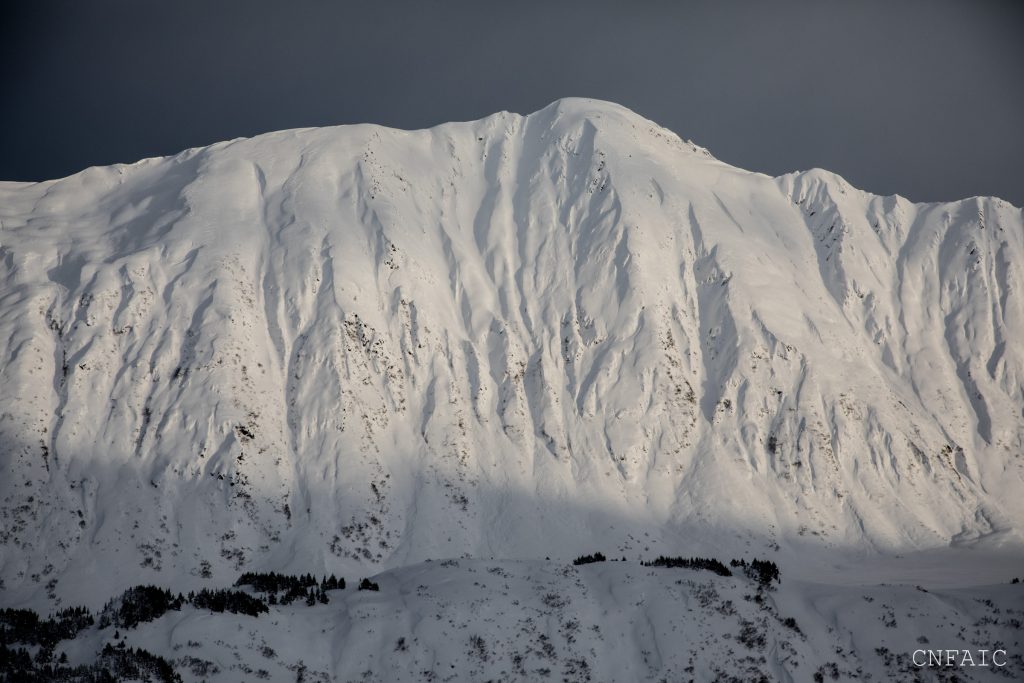 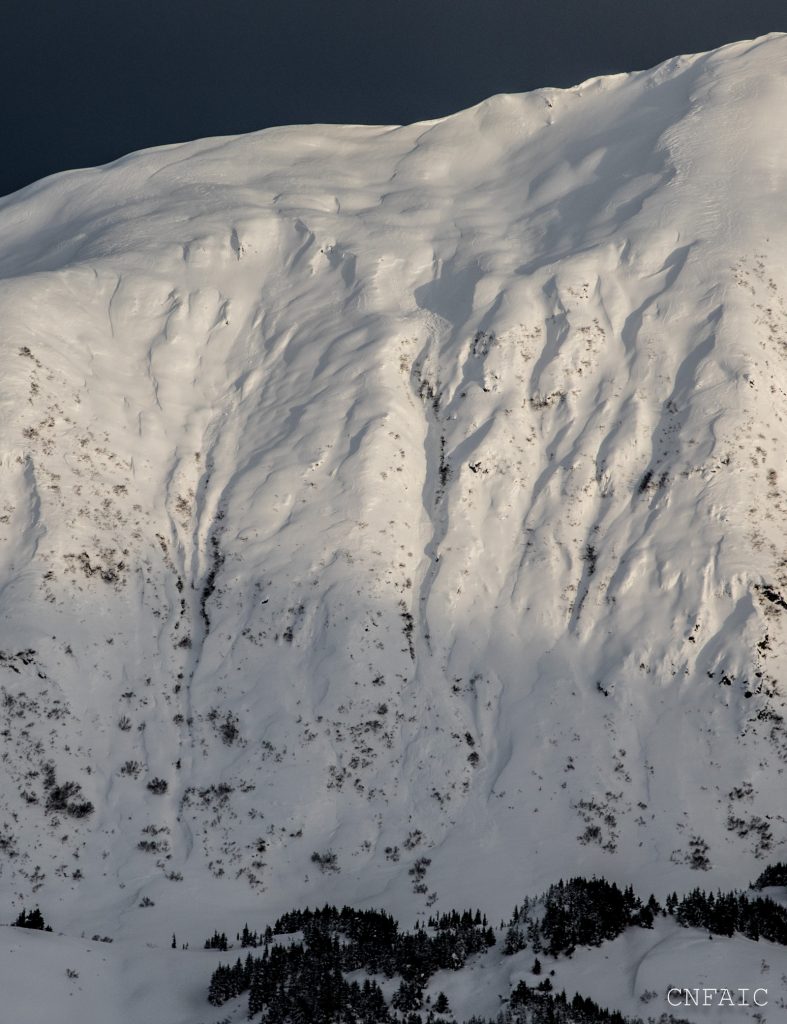 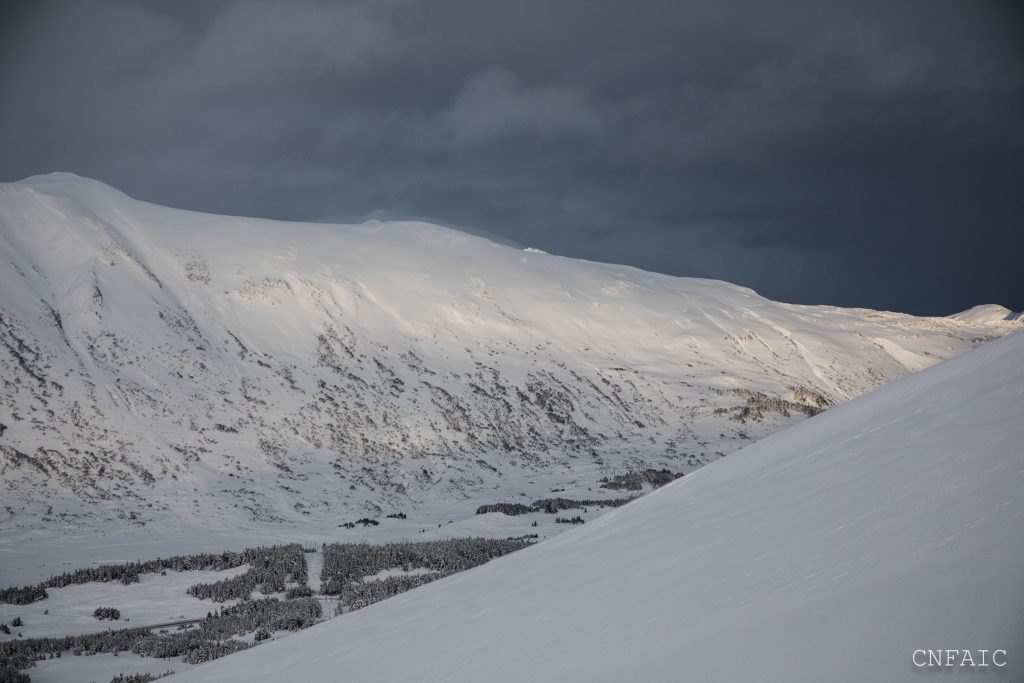 Looking at Seattle Ridge from Sunburst before a short period of SW winds starting blowing some snow along ridge tops for an hour or two. 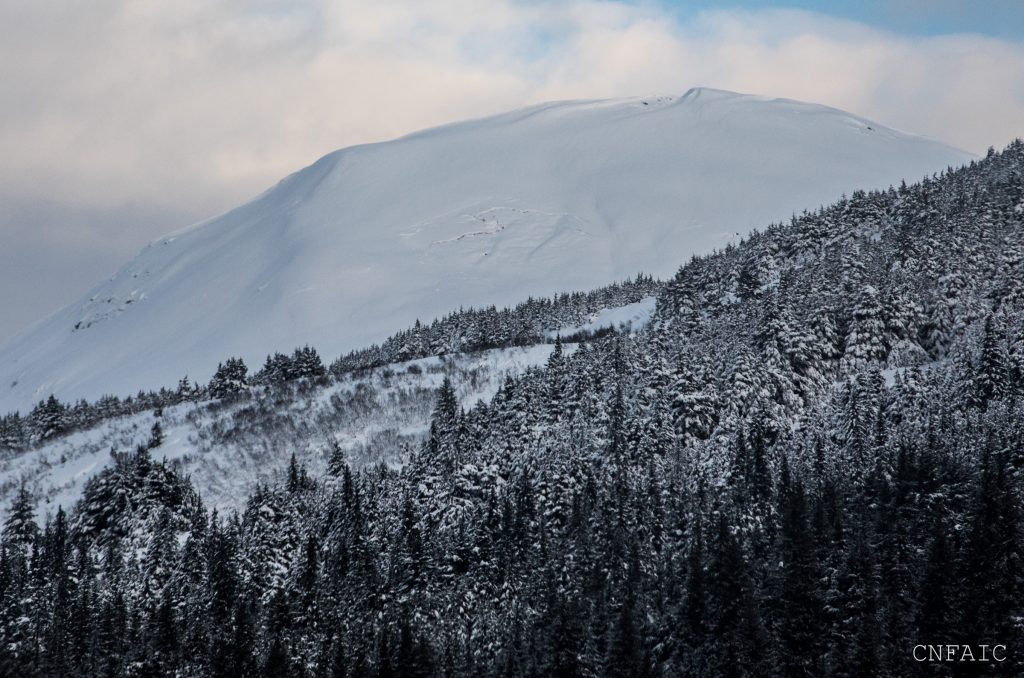 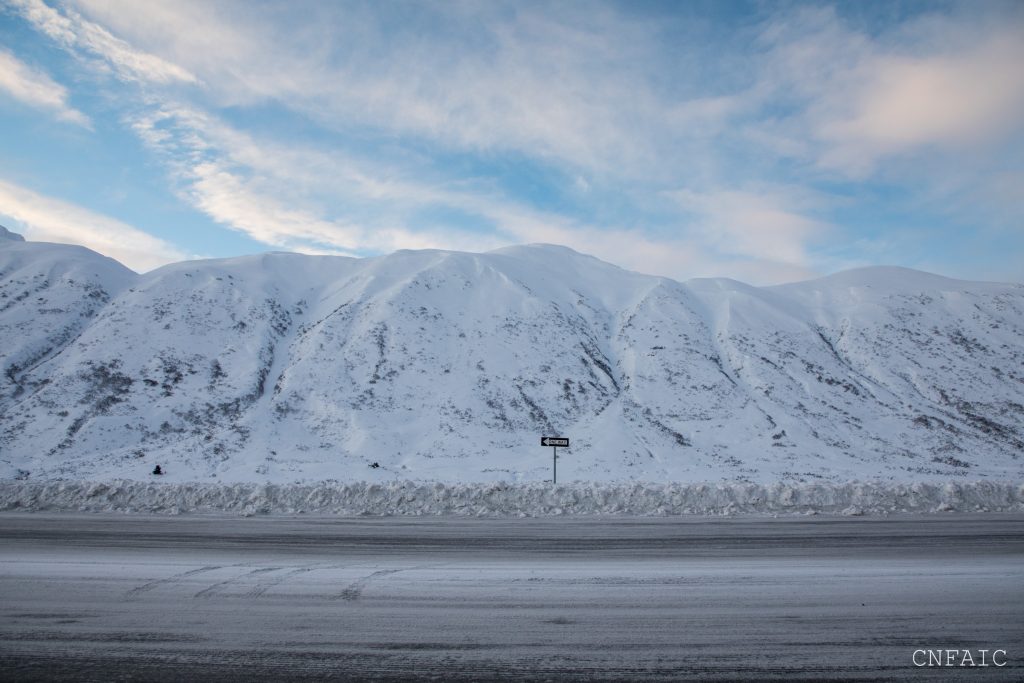 View of Seattle Ridge from the entrance to Center Ridge parking area, which was not plowed as of 3:30pm yesterday 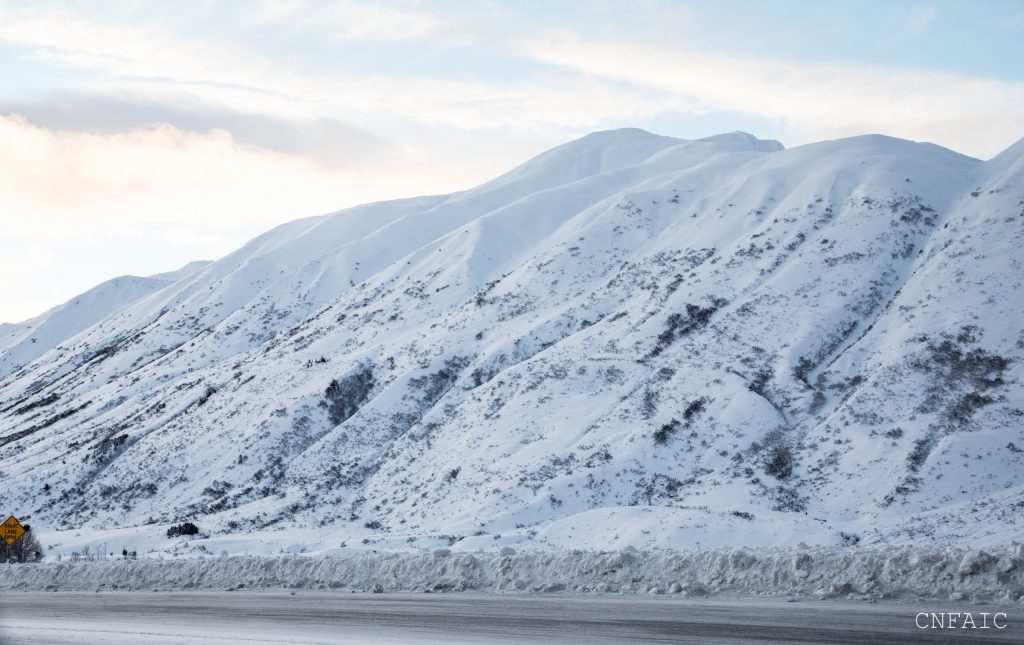 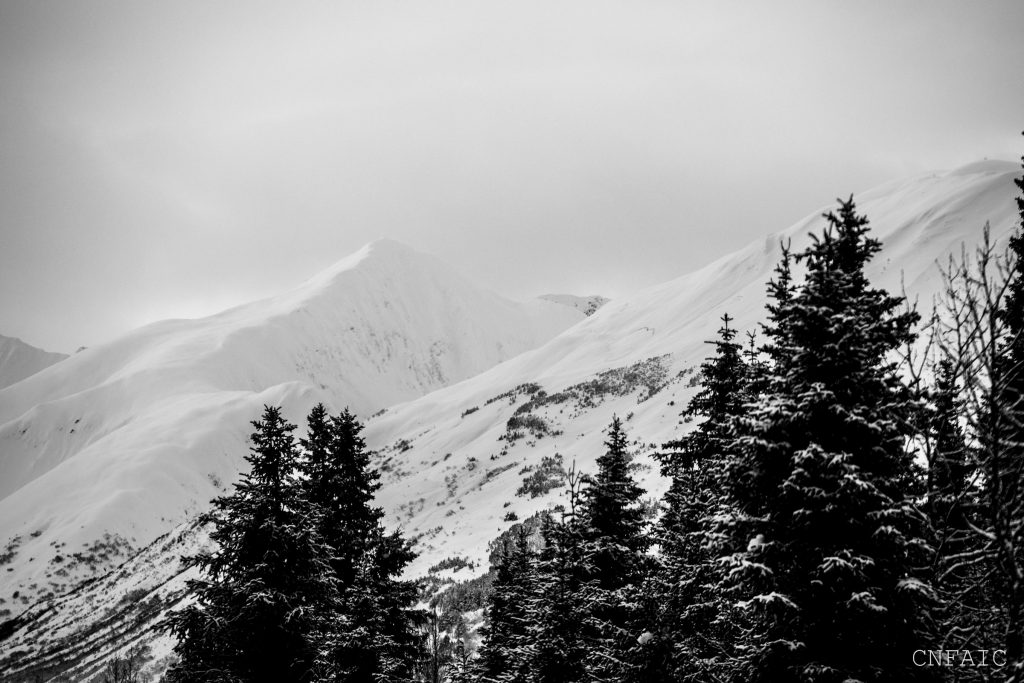 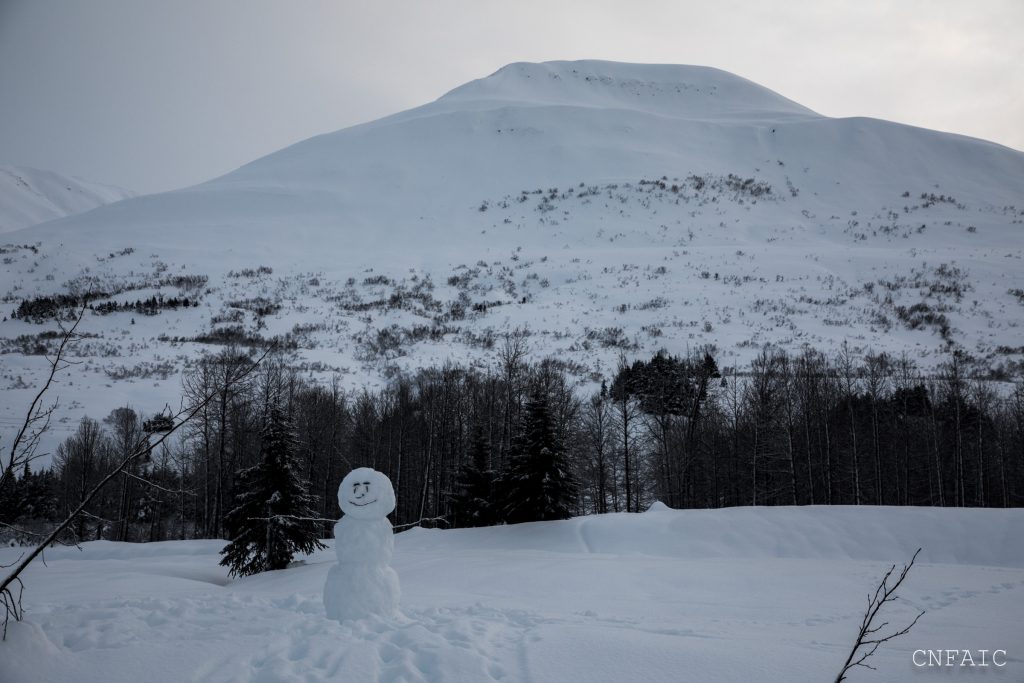 Magnum W face - some small slabs released early to mid-storm, but were challenging to see without binoculars 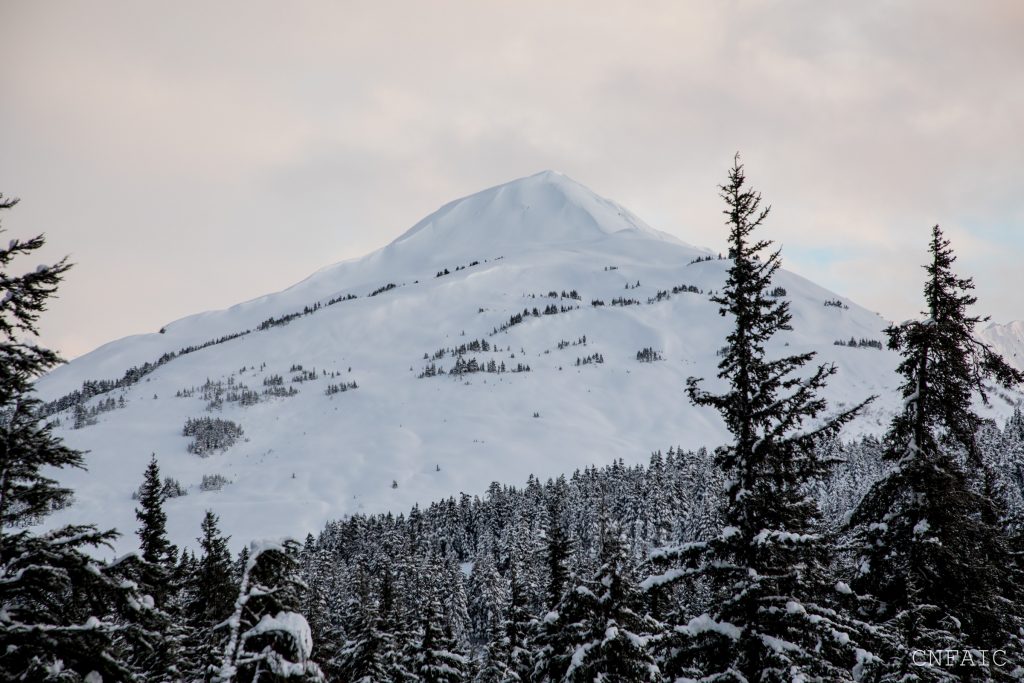 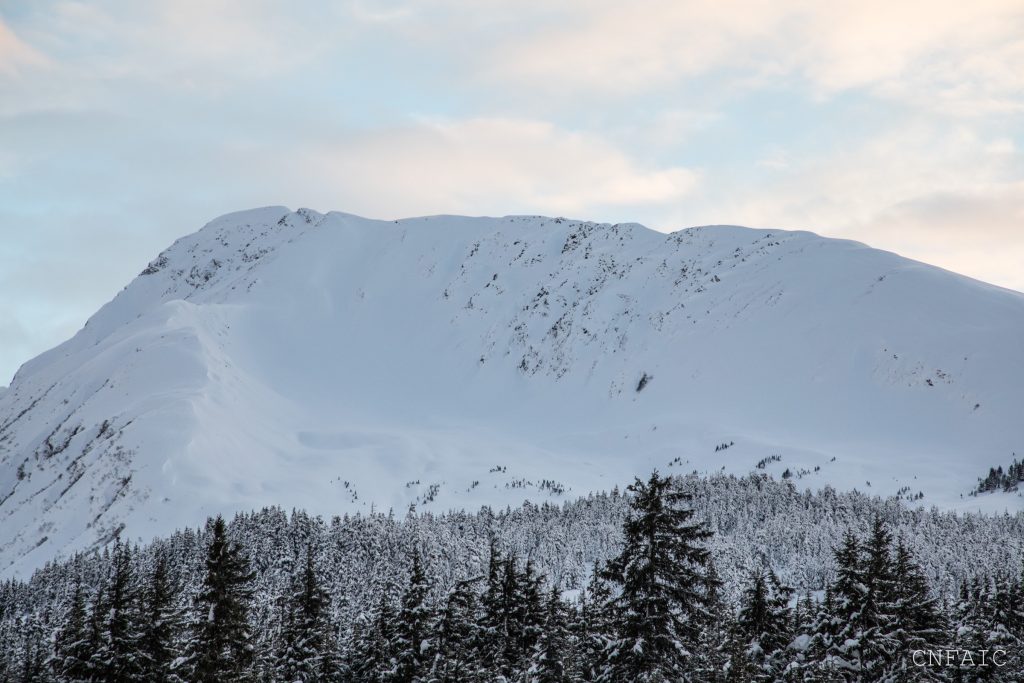