This medium to large natural avalanche probably happened early
Thursday morning 2/18/2010. A lot of the features of this
avalanche have been covered up by wind and new snow; but, notice
how the debris piled up at the start of the traditional up-track
to Seattle Ridge. This is one of the most dangerous avalanche
paths at Turnagain Pass, because it is common for lots of
snowmachiners to be present on this slope at the same time. This
is the same slope that killed 6 people in one avalanche back in
1999. This avalanche shows a good reason why you don’t want to
hang out underneath this slope during storm days during dangerous
avalanche conditions. 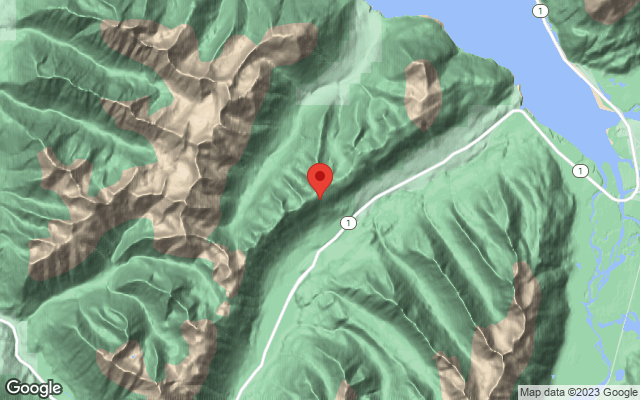