Weather:
Sunny skies, temps in the low 20s F, and moderate to gusty winds at the ridge crest.
Minor blowing snow at ridges

Surface Conditions:
Some alder bashing required to get above treeline.
Mostly soft surface snow with a thin 2-4mm layer of surface hoar forming on the surface. At elevations
below 1600ft a slight temperature melt freeze crust is present and on direct south aspects there is a
sun crust.

The March storm snow has settled to 50cm of 4F to P hard snow over a very thin 5mm thick melt freeze
crust. Under this thin crust there is a layer weak snow consisting of mixed forms with some surface hoar
grains intermixed. The weak layer thickness varied from 2-5cm and was sitting on a crust sandwich
comprised of 5cm weak faceted snow between the February melt freeze crust and the January melt
freeze layer. 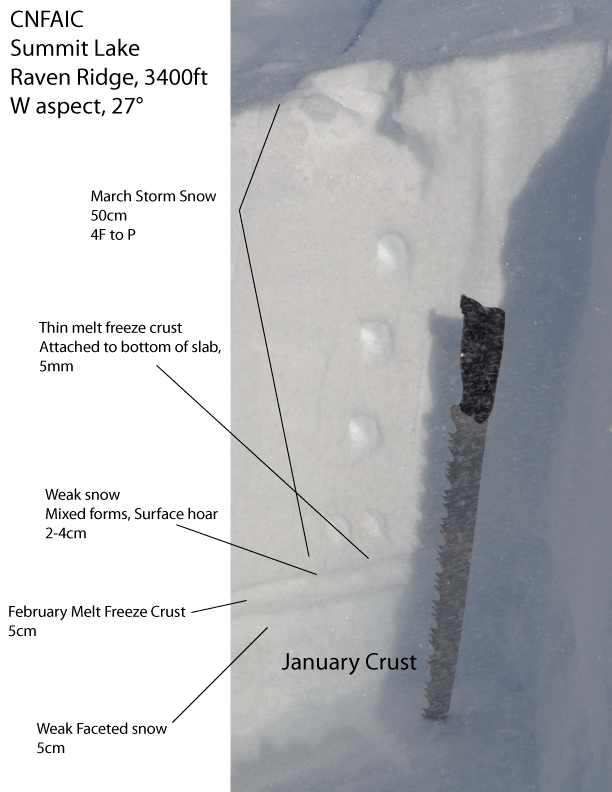 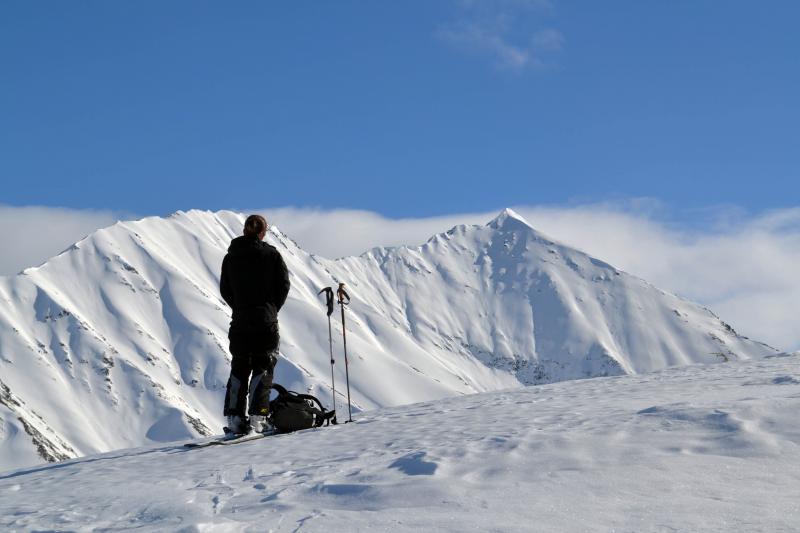 Enjoying some sun at the ride 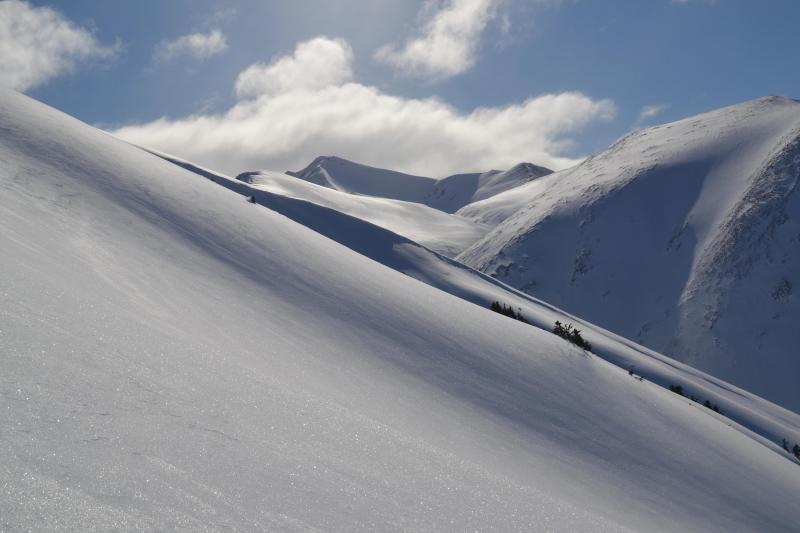 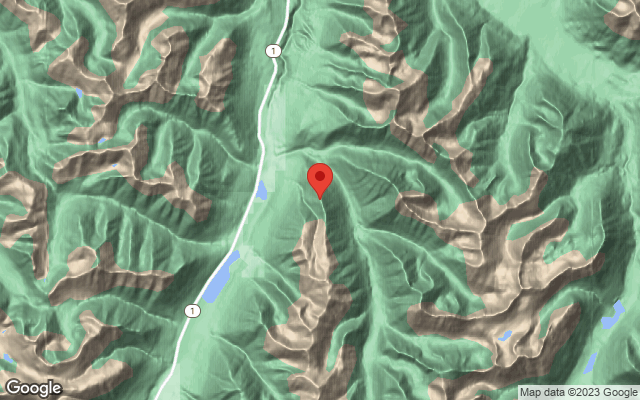