We triggered an avalanche today on a small N facing rollover at 2200′ on Raven
Ridge. We were skinning up the ridge, traversing below a small, steeper slope
when the snow collapsed. The fracture propagated up slope and we had to run to
get (mostly!) out of the way. A crown profile showed the failure surface to be
an 8 cm thick layer of ~3 mm facets, 4F hardness. The slab on top had at least 4
distinct layers, various hardness P to F, composed of broken and slightly
rounded grains mostly smaller than 2 mm. We interpreted the bed layer as the
late January faceted surface snow. It is interesting that this layer is still
reactive despite the fact that it is 8 cm thick and that it has been buried for
two weeks. 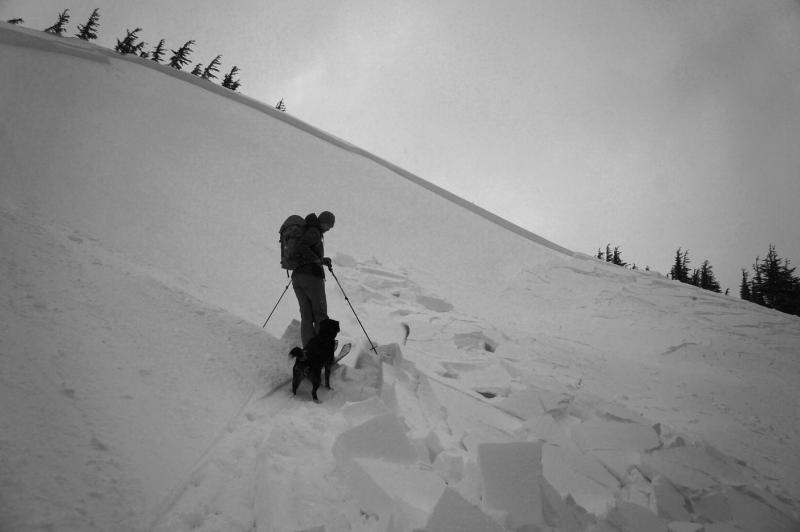 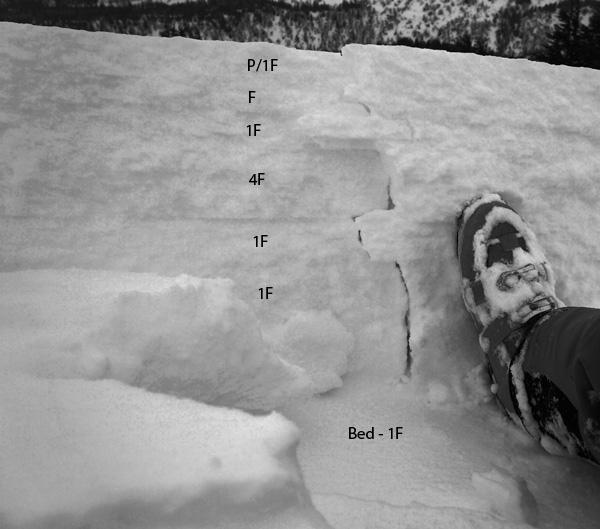 The slab generally had an upside-down structure. All of the layers were composed of mostly broken <2 mm grains. The bed was 3 mm facets. 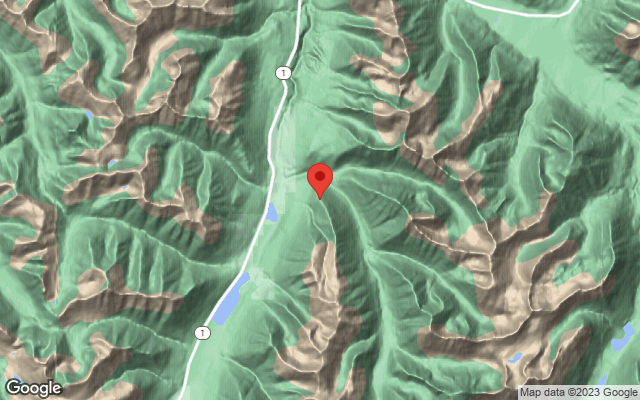