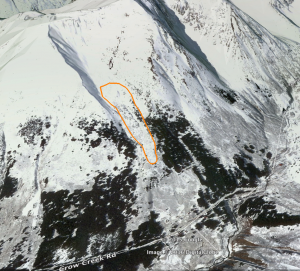 Skinned up the East bowl of lower Raggedtop from Crow Creek Rd. Found debris, broken trees and buried alders as low as 1700′. The debris was covered in wet snow and appeared to be old, likely from the end of the Holiday storm cycle. The crown was no longer visible, likely filled back in with 2.7″ of snow water equivalent recorded in Girdwood Valley over the weekend.

No current signs of instability were observed, only evidence of a very large avalanche that likely occurred near the end of Holiday storm cycle. Debris was covered in wet snow and became harder to identify as we gained altitude. The damage from surrounding trees in the entire bowl was the most obvious sign that this avalanche was very large and destructive.

Turned around at moraine pile at about 2600' and did not dig a pit due to never getting off of debris.
Debris was covered in wet heavy snow and was more difficult to see as we gained altitude. +10" of snow covering old debris at 2600'. At 1700' where mostly rain has fallen this week debris was still easy to identify. 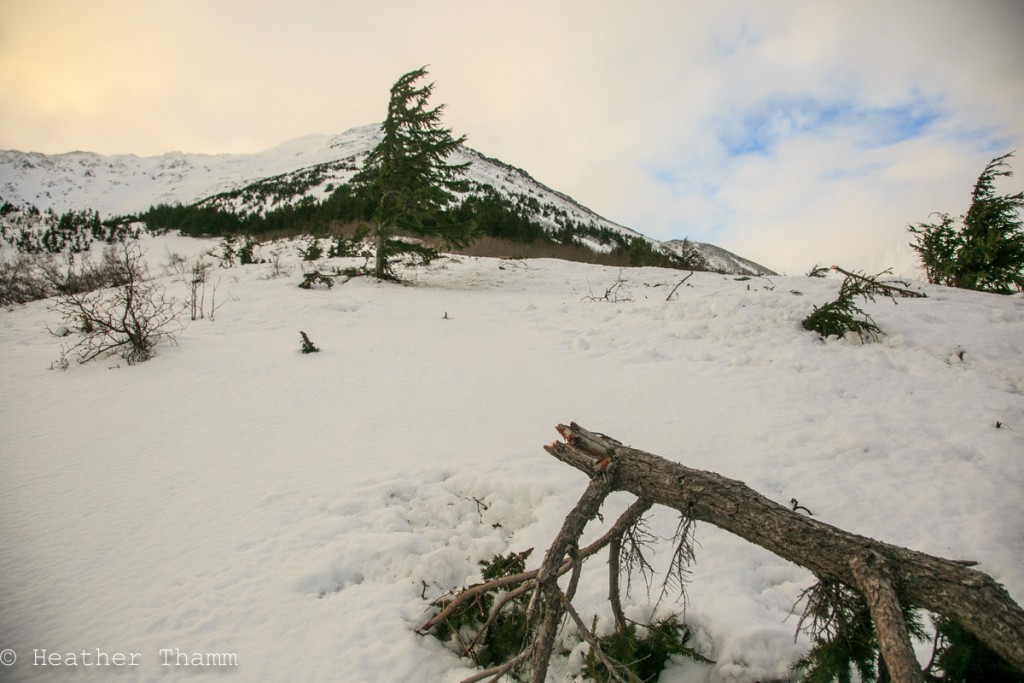 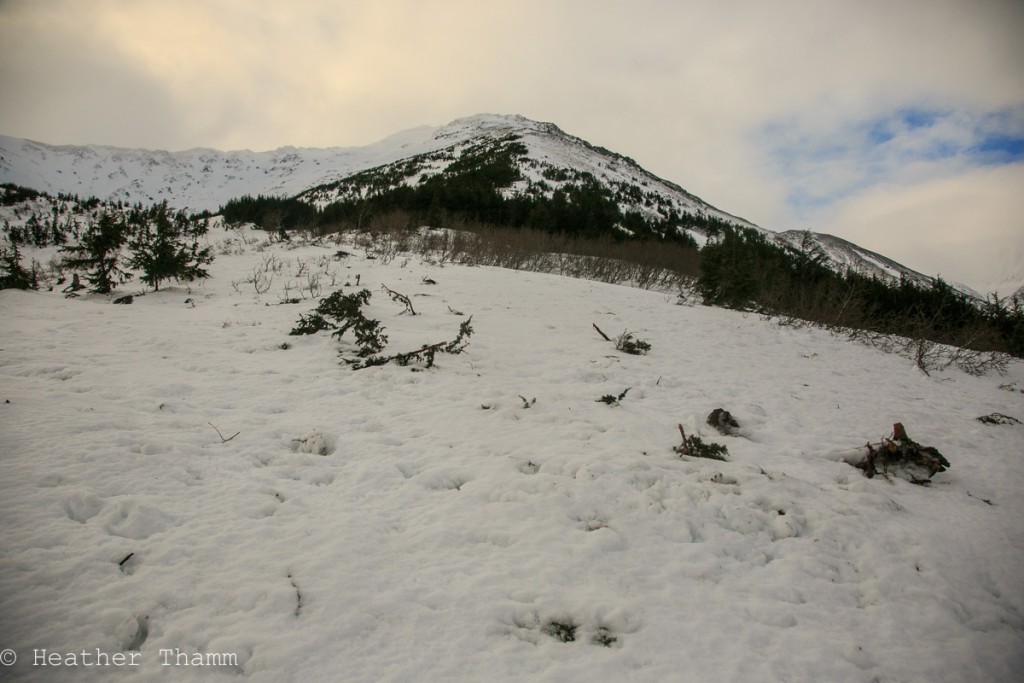 An area normally covered in 10' high alders and Mountain Hemlock. 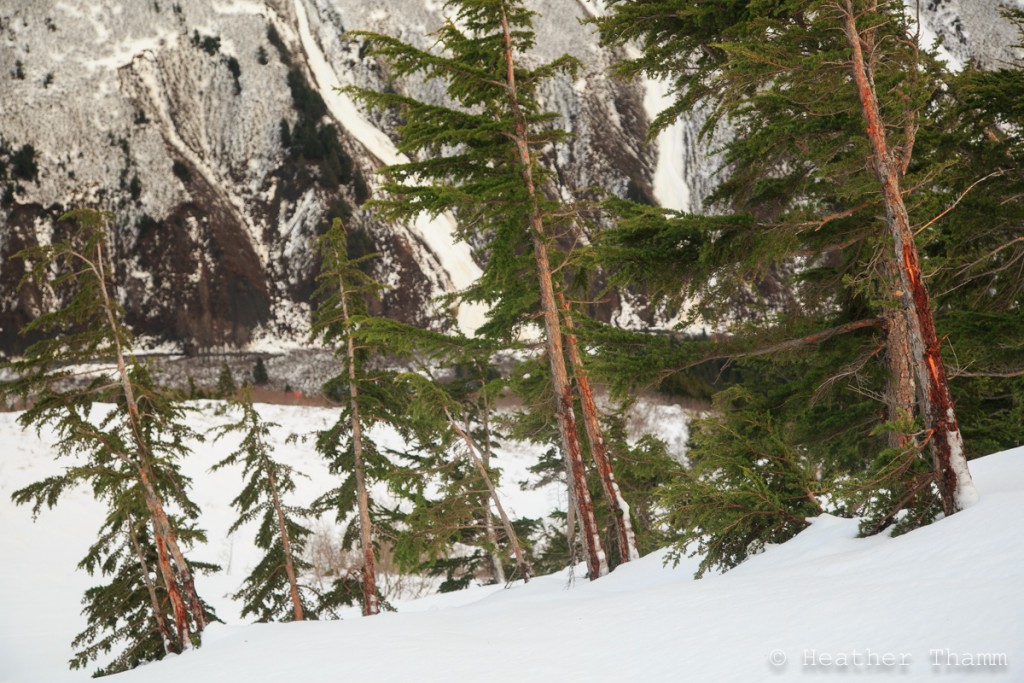 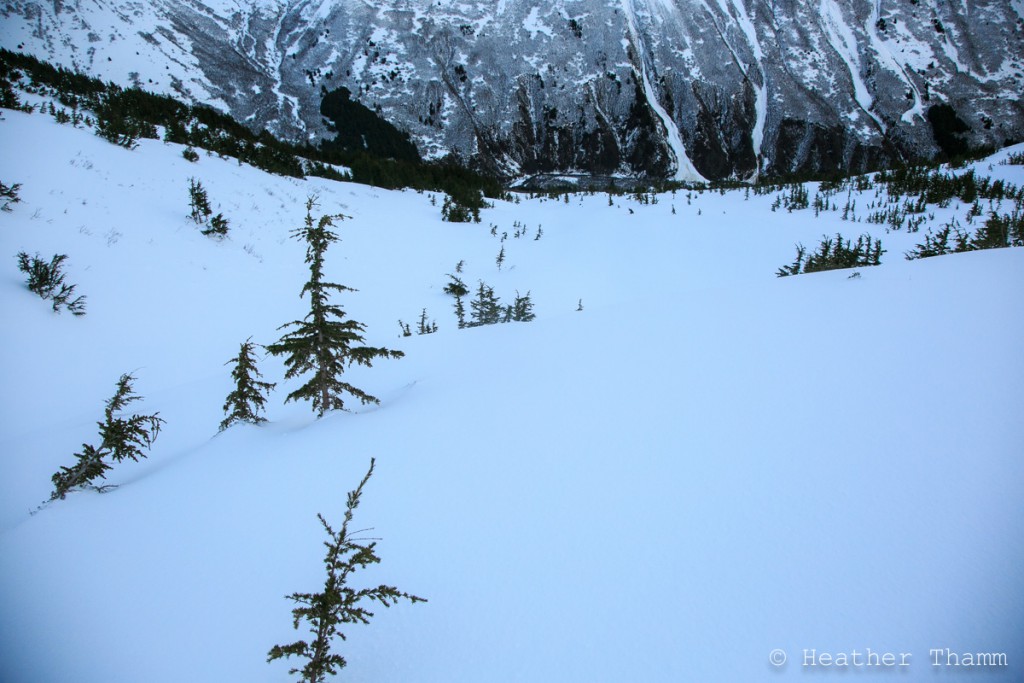 View looking downhill from the moraine knob at 2600'. This area is usually thick with small Hemlock that are now buried or destroyed. 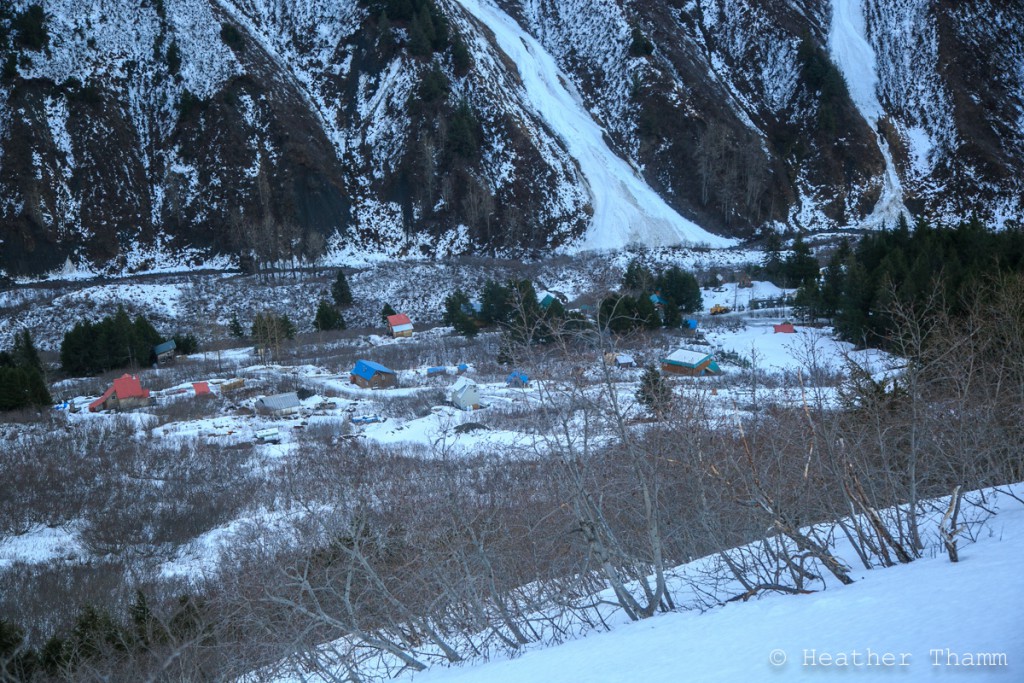 View looking down at Crow Creek Road and subdivision. Picture was taken just below debris 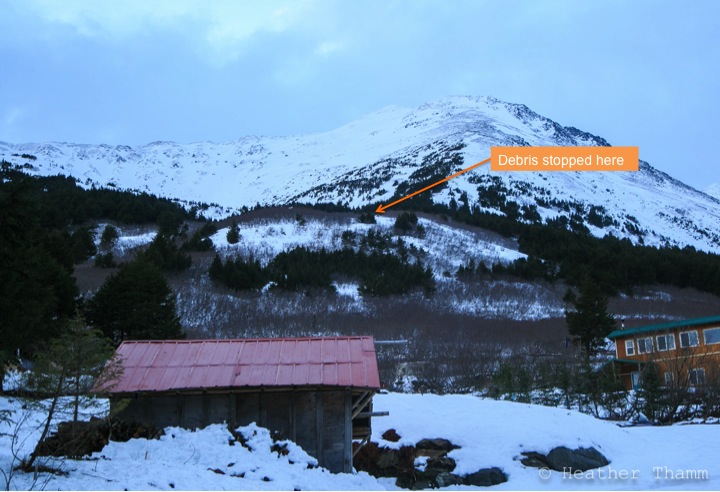 Debris was not visible from Crow Creek Road 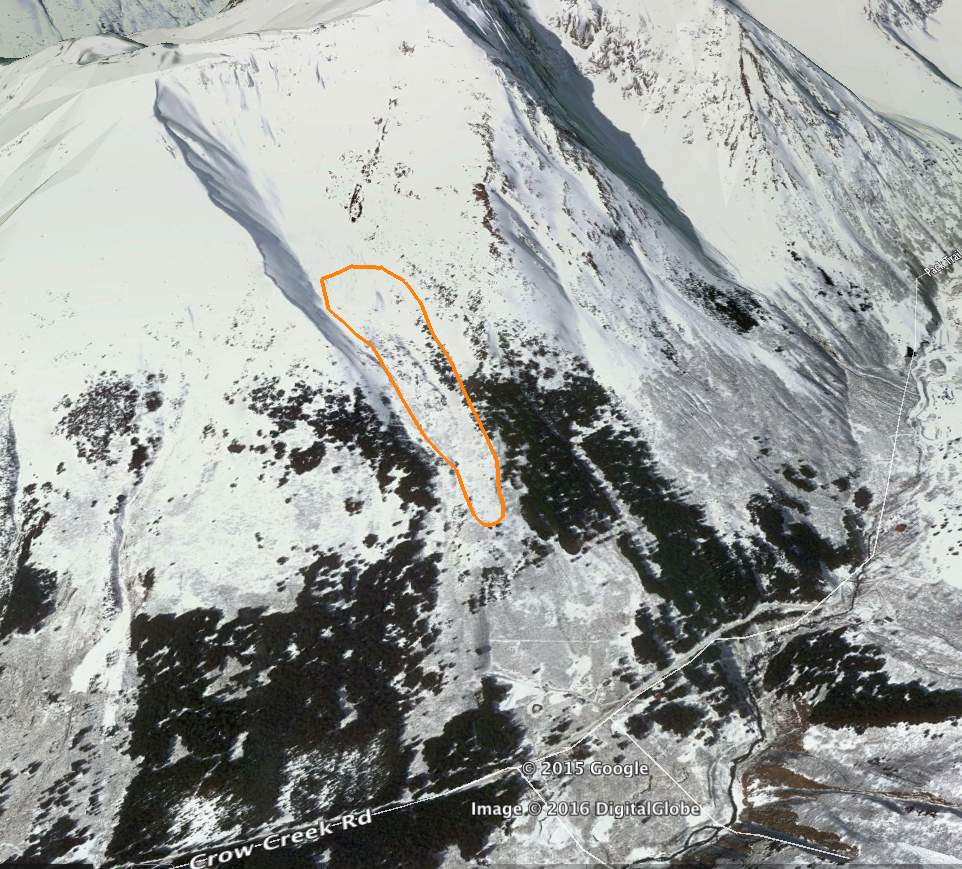 Estimated debris pile. Crown was not visible due to recent new snow and wind. Google Earth Imagery is from 2012. 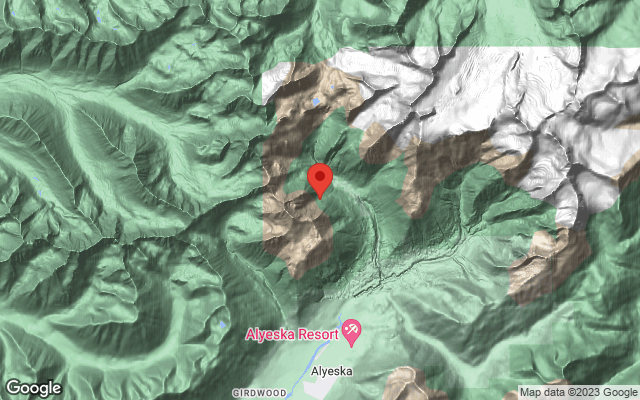