Raggedtop to 2800′.
We had concerning hand pit results near 2500′ and very weary about crossing open steep slopes.

Obscured and overcast skies through out the day.
It was snowing nearly s1 around 11am-12pm, but stopped for a while, and light snow starting again around 2:30pm.
In the alpine, we felt light winds from the west, but near our high point it was enough to lightly drift the new snow.
Warm temps; 0*C at car, -2*C where we dug pit #2 near 2pm.

We dug multiple quick handpits throughout the day. In general, we were finding two thin melt-freeze crusts, where the first was 20-30cm below the surface and the second was usually 5 cm below that. Only the lower crust was reactive in these hand shear tests (shearing right below the crust). It generally took easy-moderate to moderate force to get them to break, but above 2500' it was concerningly easy to get the handpit to shear. It looked like it was decomposing stellar snowflakes that were breaking, but it was hard to tell if the small grains were faceting or not w/o a high powered microscope.

We dug two pits near 2400' on a north aspect. Pit #1 was closer to a ridgeline and a bit more wind loaded than Pit #2.
Pit #1, HS 230cm, we dug about 1 meter down
The upper thin crust was 25cm below the surface and quite visible in the pit walls of this location, but we did not identify any secondary crust below it.
CT1 PC in the soft snow below the first crust, CT13 RP on decomposing stellars 28cm below the surface
ECTN11 on the upper crust; ECTN14, 3cm below it; and ECTN-overload 60cm below the surface on a density change.

Pit #2, 215cm. In this pit we dig nearly to the ground.
At this pit the upper thin crust was visible as well (20cm down), and with fine attention we were able to find a second, barely perceptible crust 5 cm below. We also found a stout 5cm thick crust 100cm below the surface, and 20cm of loose (F-) facets below it.
Ct2 PC in the soft snow below the upper crust, CT13RP below the second crust. A deep tap test failed on the 11th tap at the top of the loose facets 105cm below the surface.
ECTN6 on the upper crust, ECTN30 on the lower crust.
See photo for additional details. 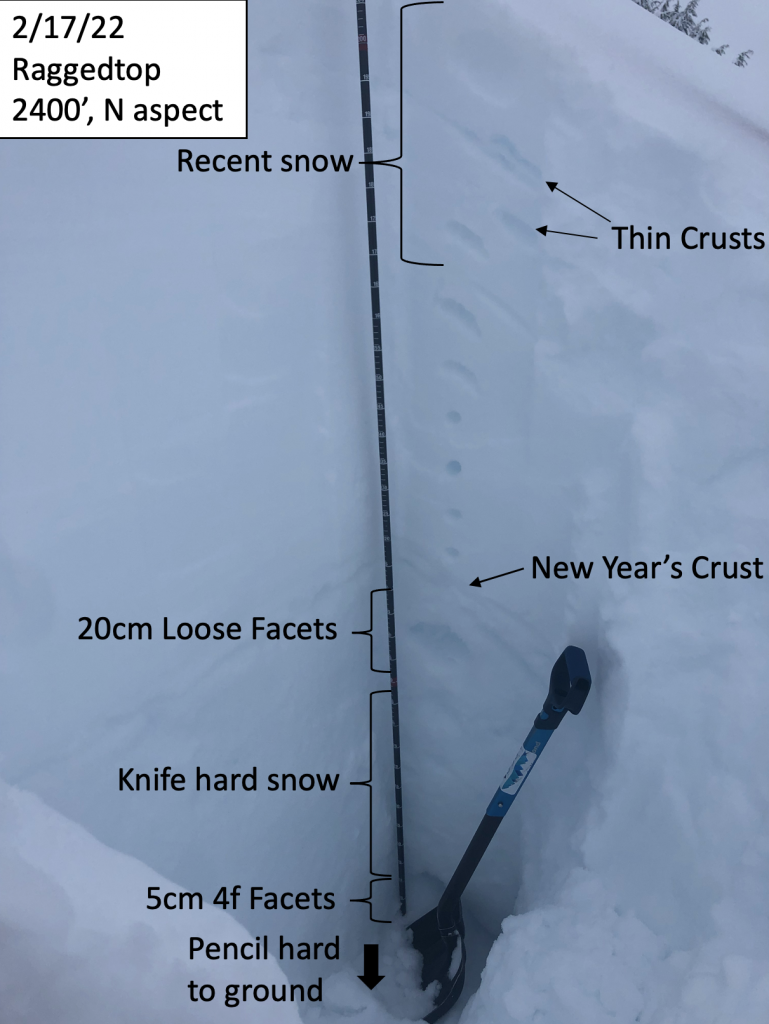 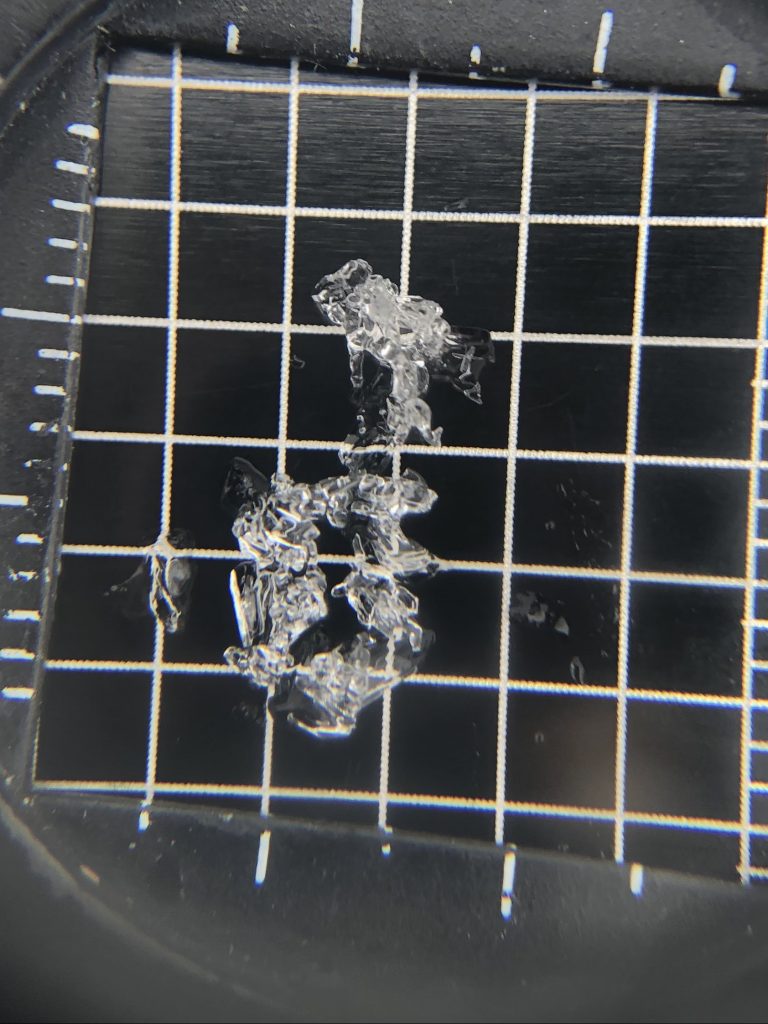 Faceted grains on a 3mm grid, from 105cm below the surface in pit #2 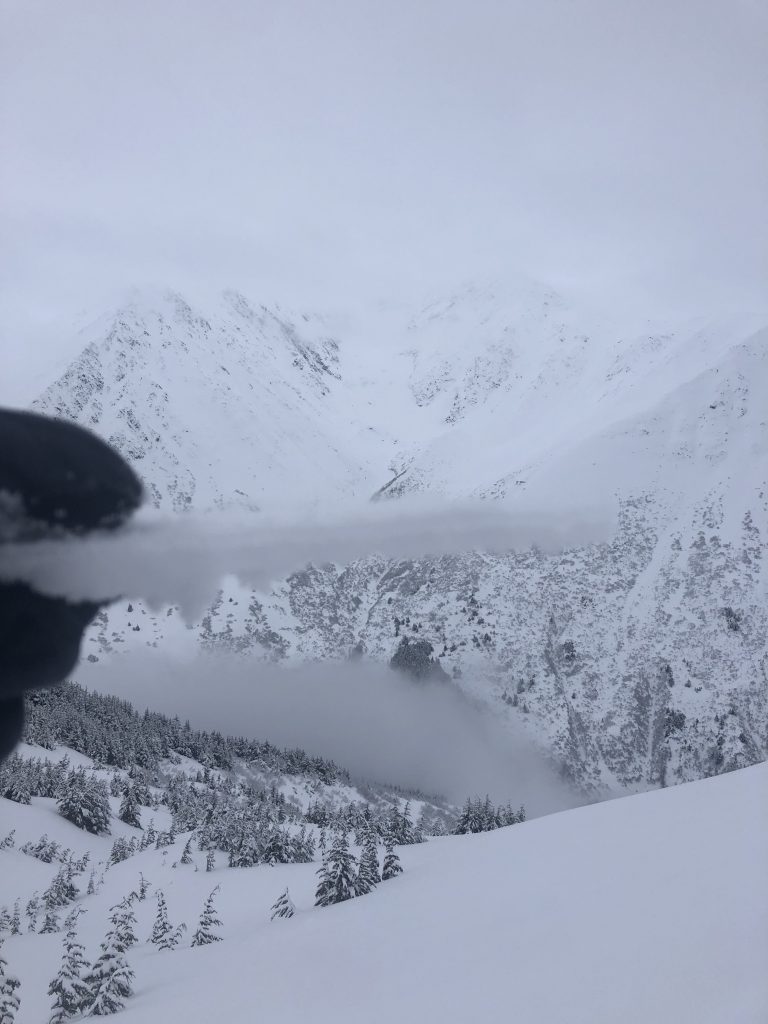 The crust within new snow, from near 2400'. Apologies, it is out of focus.