Quick tour up Raggedtop to get an eye on storm totals and any recent activity in the past day. I saw plenty of dry loose debris across the valley on Goat Mtn., not much on Raggedtop. I was surprised to see how little snow ended up falling in the Crow Creek area- storm totals were around 3-4″ from the last round, with another 2-3″ of faceted snow on top of the New Year’s crust. I found a new breakable crust just below the surface up to about 2000′ elevation.

Cloudy and calm with temps in the upper 20's. No precip in the afternoon while I was out.

A trace of very low density snow on top of a thin crust at the parking lot up to about 2000'. The snow just under the crust was sticking to my skins on the way up. 3-4" new snow up to about 2800'. You can definitely still feel the New Year's crust skiing down. It looked like just about every steep gully on Goat had debris from dry loose avalanches running on the NY crust over the past 48 hours.

There was a thin crust buried by a light dusting of snow up to about 2000'. This crust was sitting on top of about 2" moist snow on top of the New Year's crust. New snow depth gradually increased with elevation, with about 4" new snow at 2800'. Very little wind effect so far, but there was some fresh loading just below the cornices along the ridgeline. 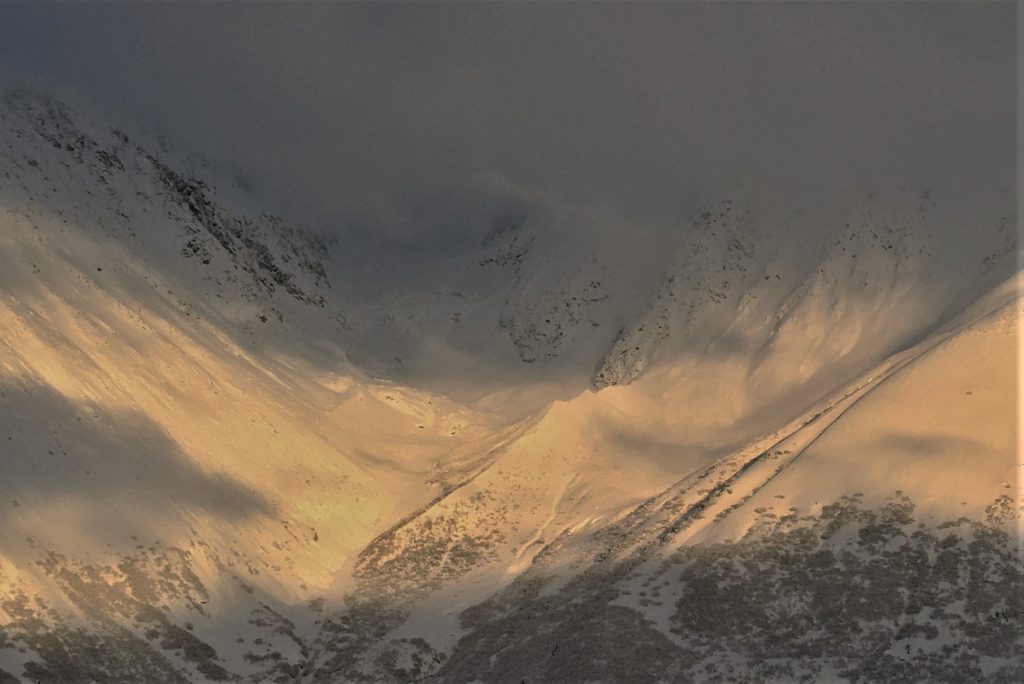 Debris from natural dry loose avalanches at the bottom of just about every path on Goat Mtn. 01.11.2022. 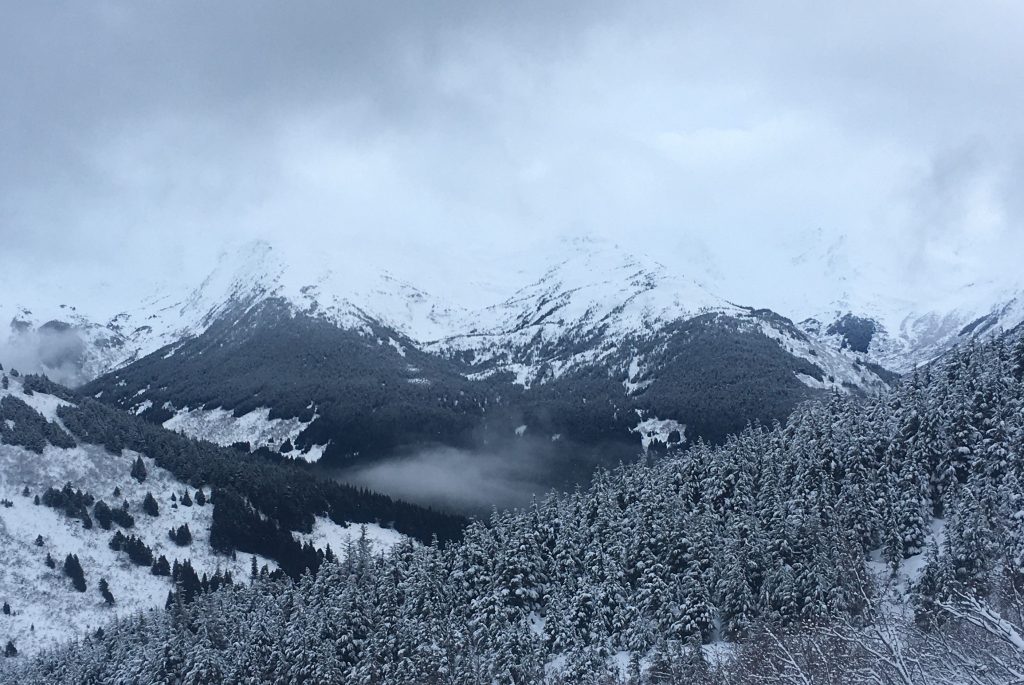