Overcast skies became broken around 11:30.
We felt light winds with a few moderate gusts from the east near treeline. Looking towards the ridgeline we could see small plumes of active wind transport.
New snow falling for about an hour from 11-12, very lightly.

Found needle-like surface hoar in a meadow at 1000' that was up to 3 centimeters long.
Our route took us thru old growth trees that had a thin melt freeze crust most of the way up. At 1400' in an alder glade we found a half centimeter of new snow capping 3cm of faceted snow above a thin melt freeze crust, with loose facets below.
At 1800' in another alder glade we noticed 3-5mm surface hoar becoming buried by new snow, on top of the 3cm of faceted snow above 0.5cm mf crust.
Near treeline there were a variety of wind affected surfaces. Soft drifts in catchment areas, but the norm seemed to be a the widespread holiday melt freeze crust that was sometimes breakable, mostly ski supportable, and even boot supportable in areas. This variation may be due to prior wind affect.
We did not find surface hoar above 1800'.

At 1400' punching into the snow, we found the breakable MF crust 3cm below loose faceted surface snow. The snow below this crust was loose facets that became a bit moist the deeper you dug.
Impromptu snow profile at 1800' in an alder glade revealed an upper snowpack composed almost entirely of facets, capped by new snow/surface hoar/crusts. See Photo. This may not represent the snowpack in other areas due to its location.
No formal tests. 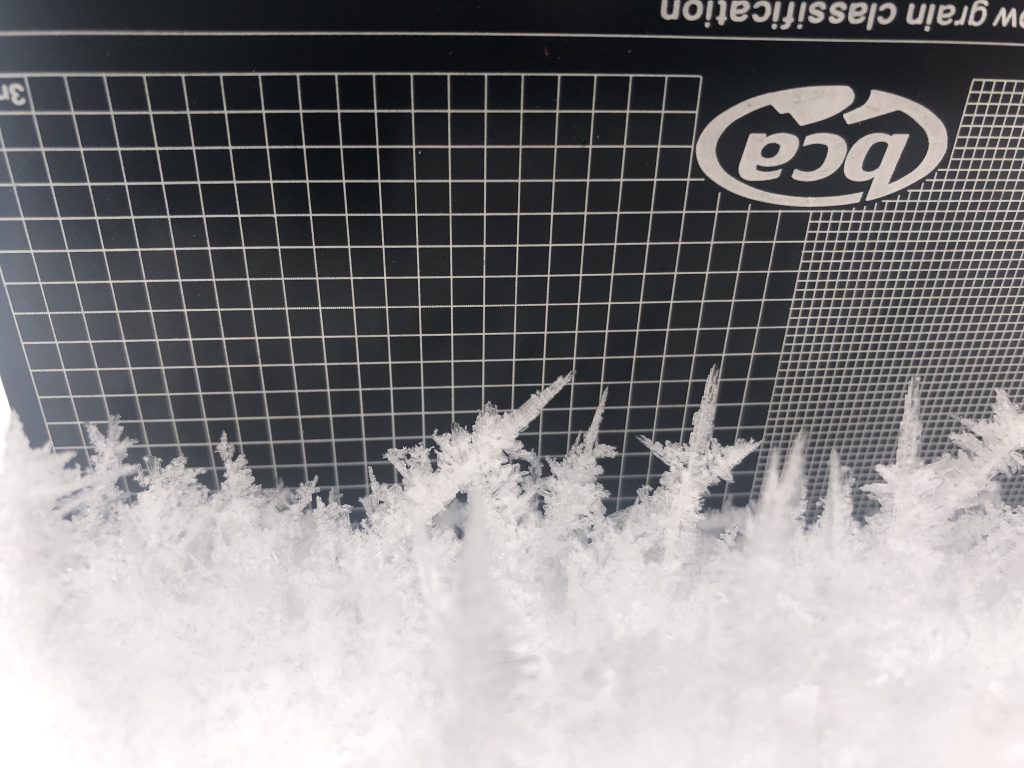 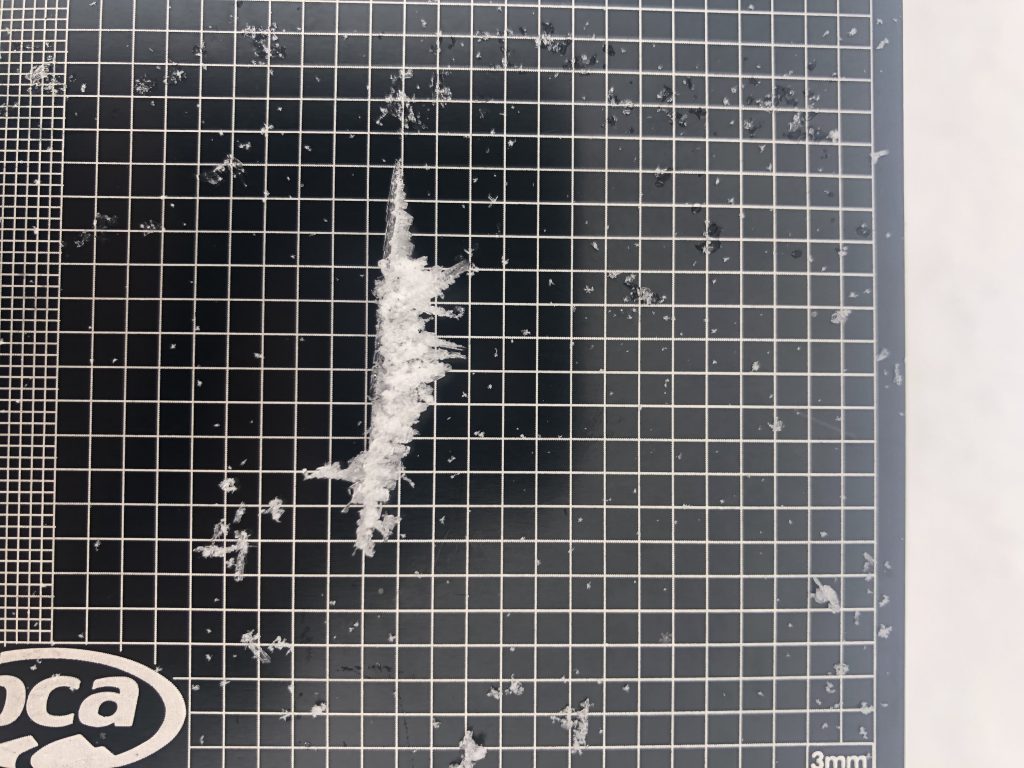 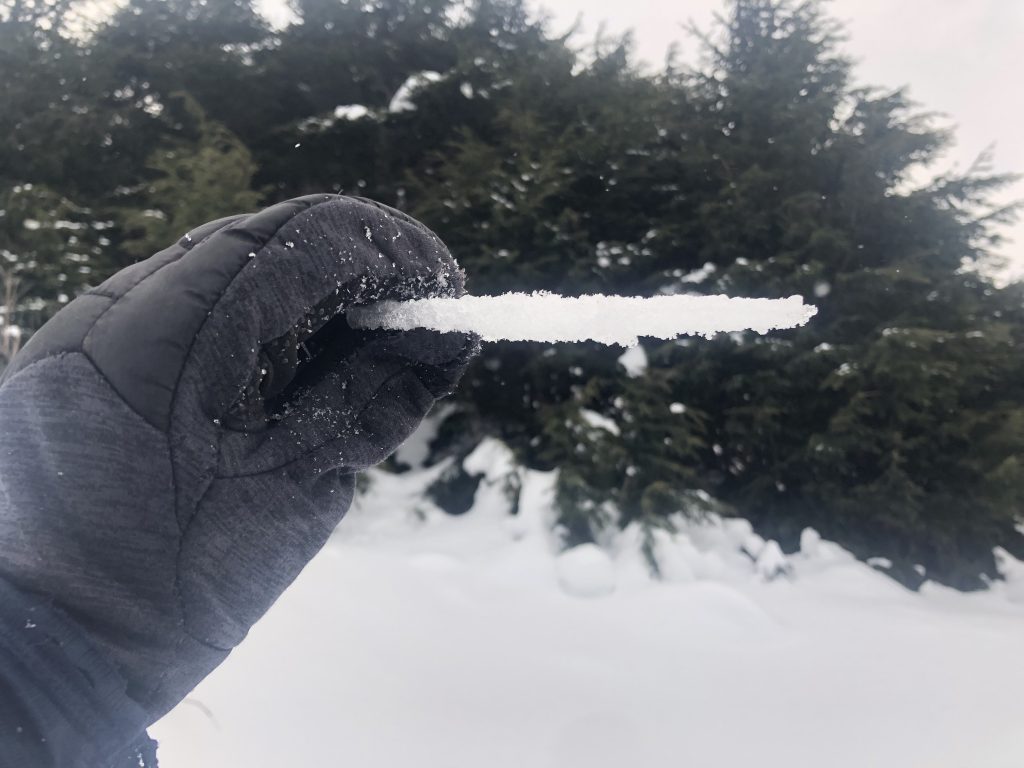 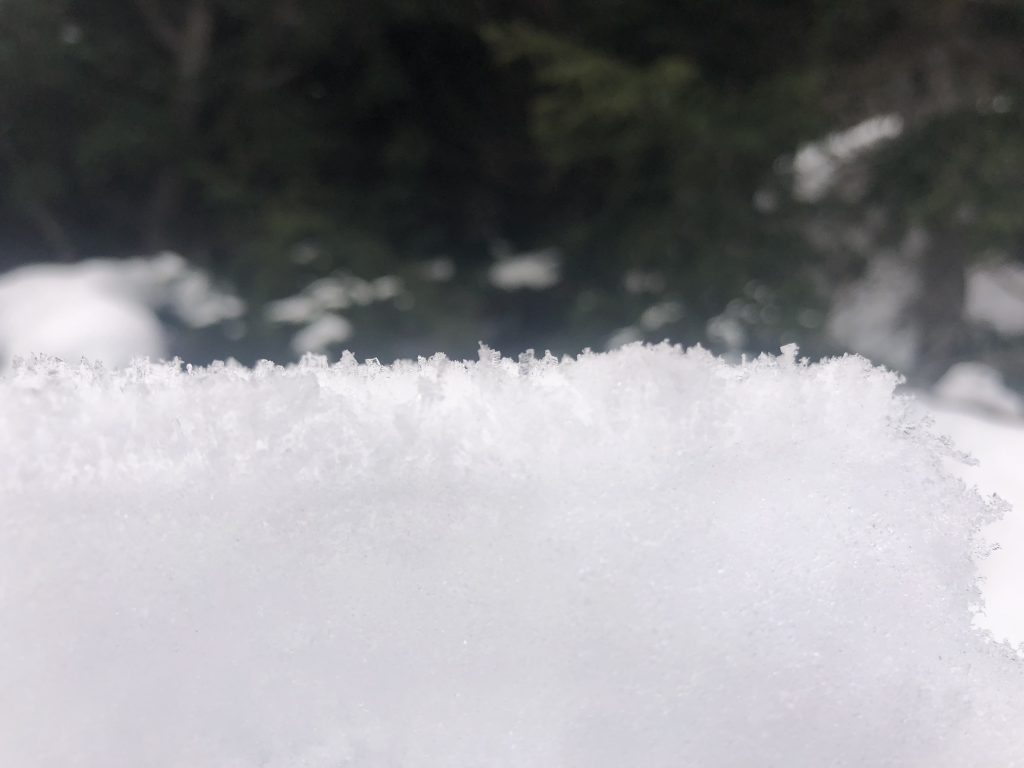 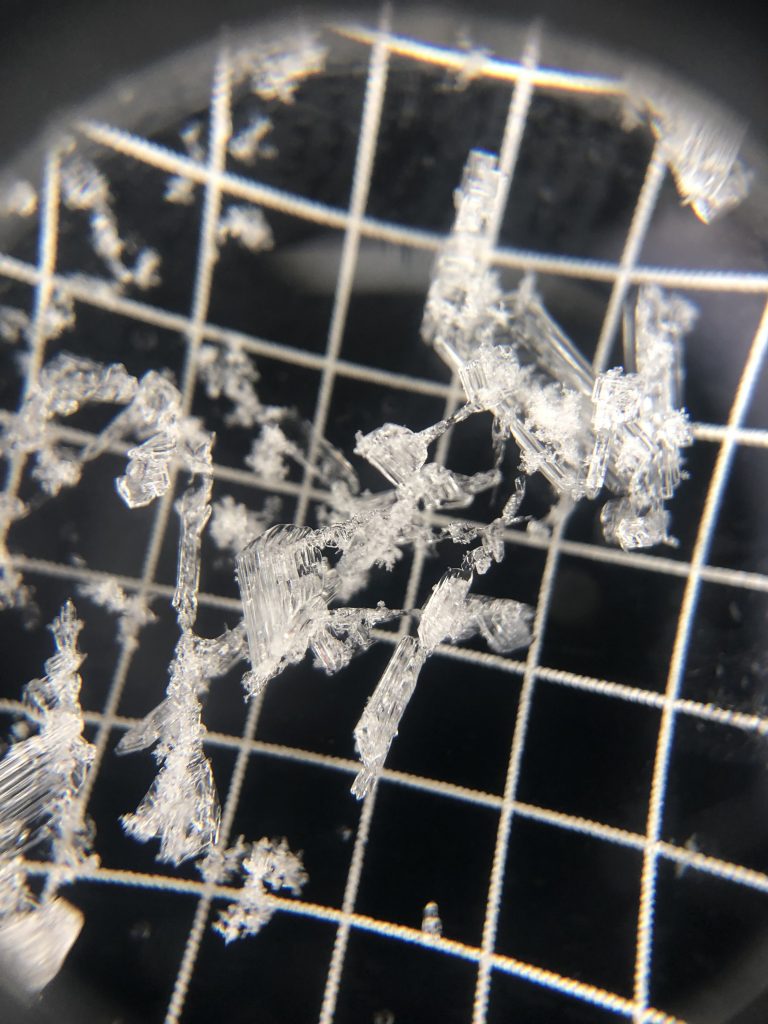 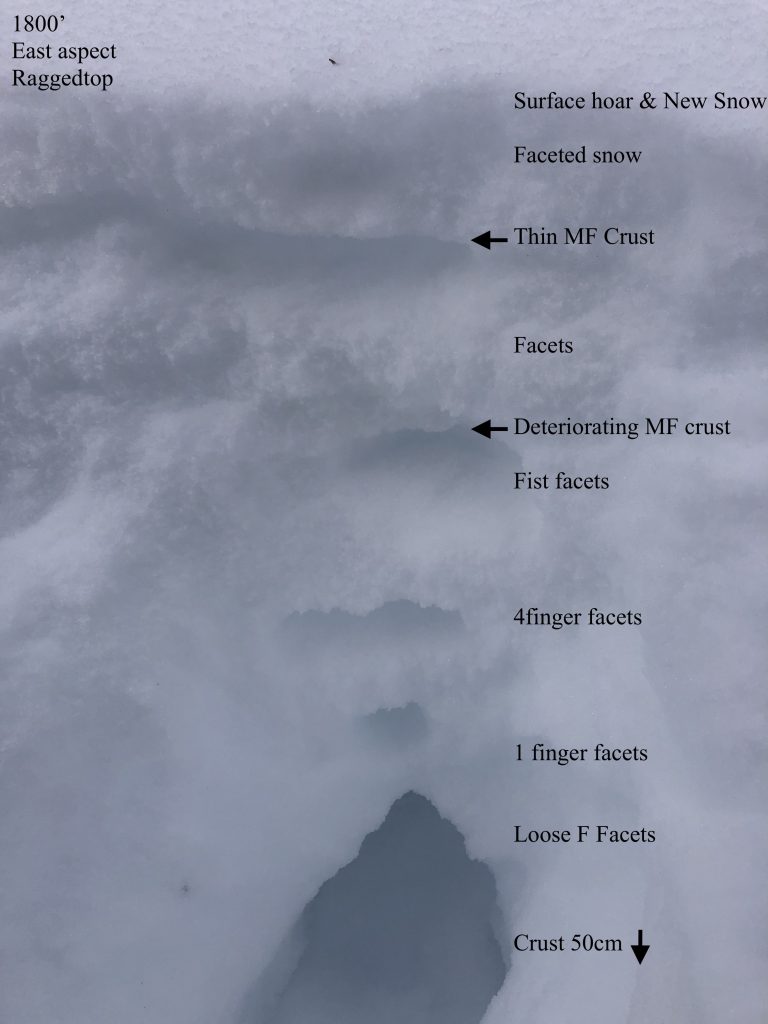 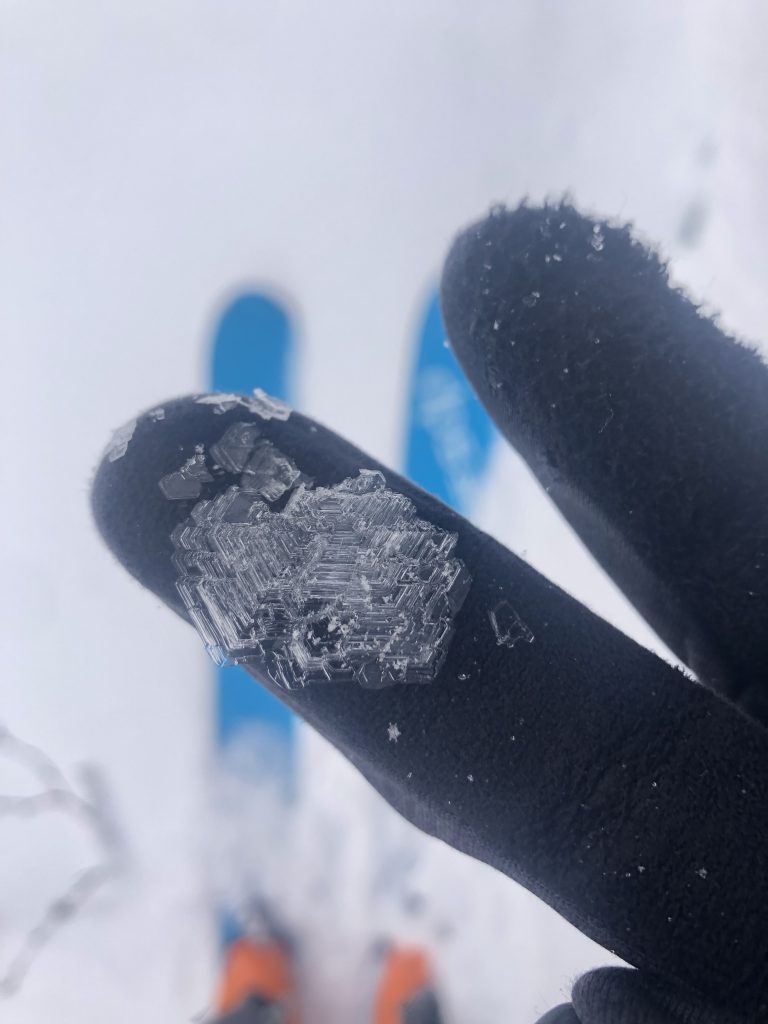 Pretty feather of cavity hoar. **not representative of the snow surface** 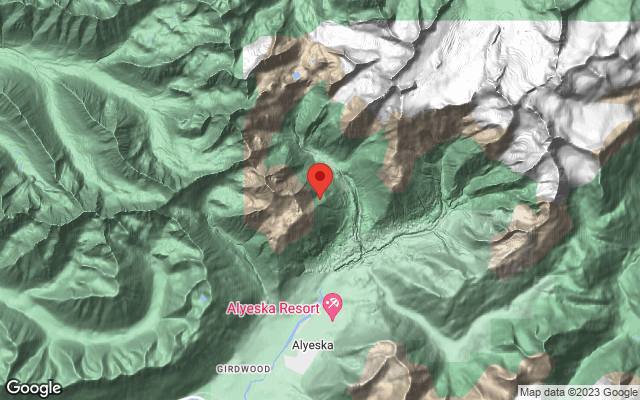