First trip of the season up Crow Creek. We toured to about 3000′ and dug three pits at 2800′. The winds from the past week have not been kind to Raggedtop, and we encountered ‘variable’ conditions. Supportable wind board, punchy wind slabs, and sastrugi on some places, a few choice morsels of protected snow still out there, and other slopes where the surface was scoured down to the Halloween crust. Travel was tricky below alder line, where there is just barely enough snow to get through. The big takehome of the day is that Raggedtop needs a little refresh.

A few patches of blue skies as we started hiking around 11:00, but the clouds were moving in and out all afternoon. Light snow during the day did not amount to any measurable accumulation. Winds were calm. Temps were cold, but not as cold as the past few days. 3 F at the truck at 10:45, 0 F at our snowpits at 2800' at 1:00 pm.

Variable. Supportable wind board, punchy wind crust, sastrugi, a few pockets of soft snow on sheltered slopes below treeline, and some slopes scoured down to the Halloween crust. Westerly winds had scoured the bowl and started eating away the cornice along the ridgeline, loading the east-facing start zones above the Girdwood valley.

With such a variable snowpack it was tricky to find a representative place to dig a pit. We probed across a SE slope at 2800' and found depths ranging from 80 -125 cm across maybe 100 ft. We dug two pits in the thinner snowpack and one in a previously wind-loaded part of the slope. The wind-loaded pit had a stiff (P+) wind slab on top, about 6" thick, that was easily failing stability tests (ECTPV, ECTP4) on a layer of facets immediately below it (see photo). We were able to find the Veteran's day surface hoar layer in our pits, and the facets above the Halloween crust were more advanced here than what we have been finding on Turnagain Pass. For slopes that haven't been scoured down to that crust, it is kind of a scary set up for our next round of snow. 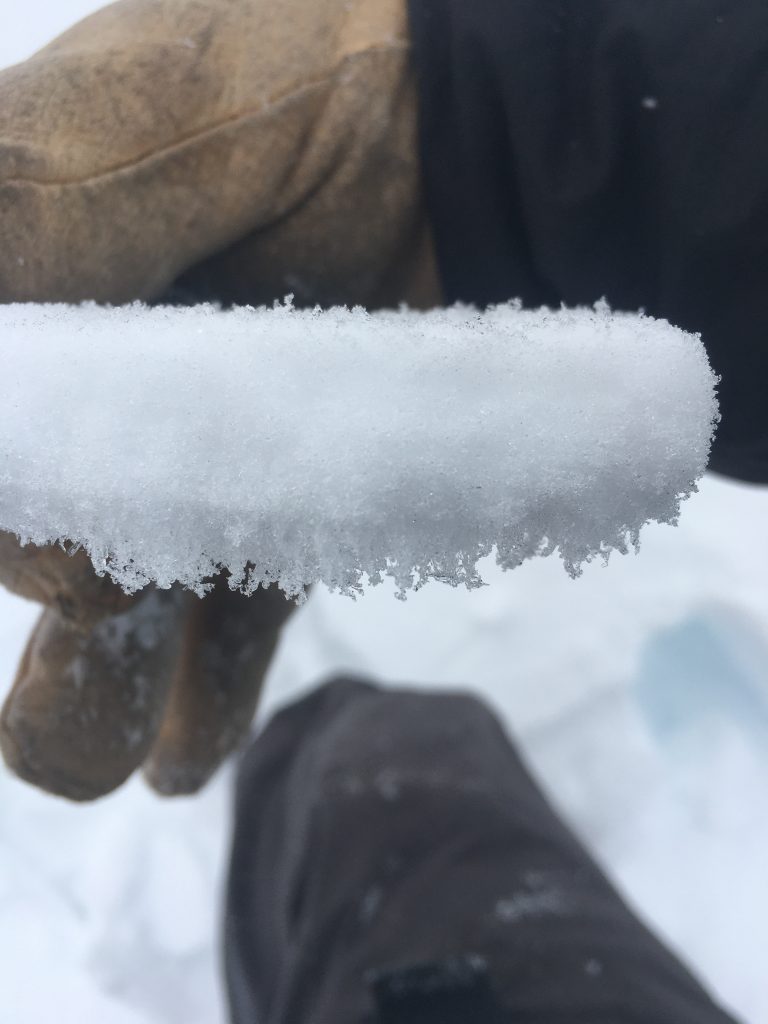 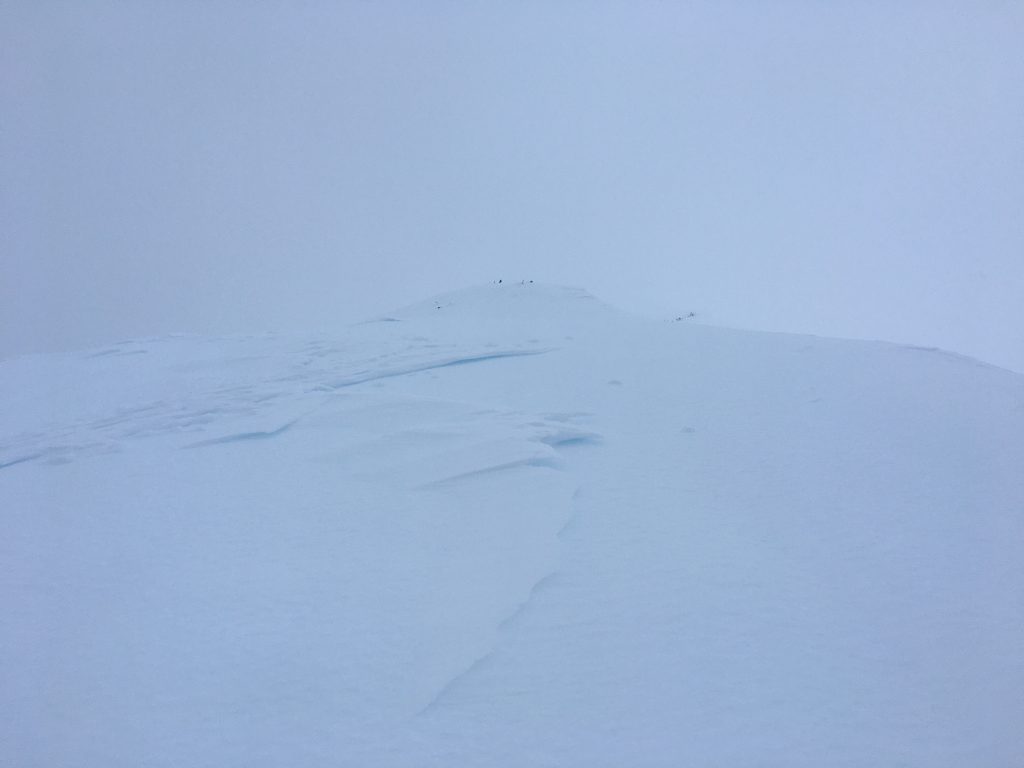 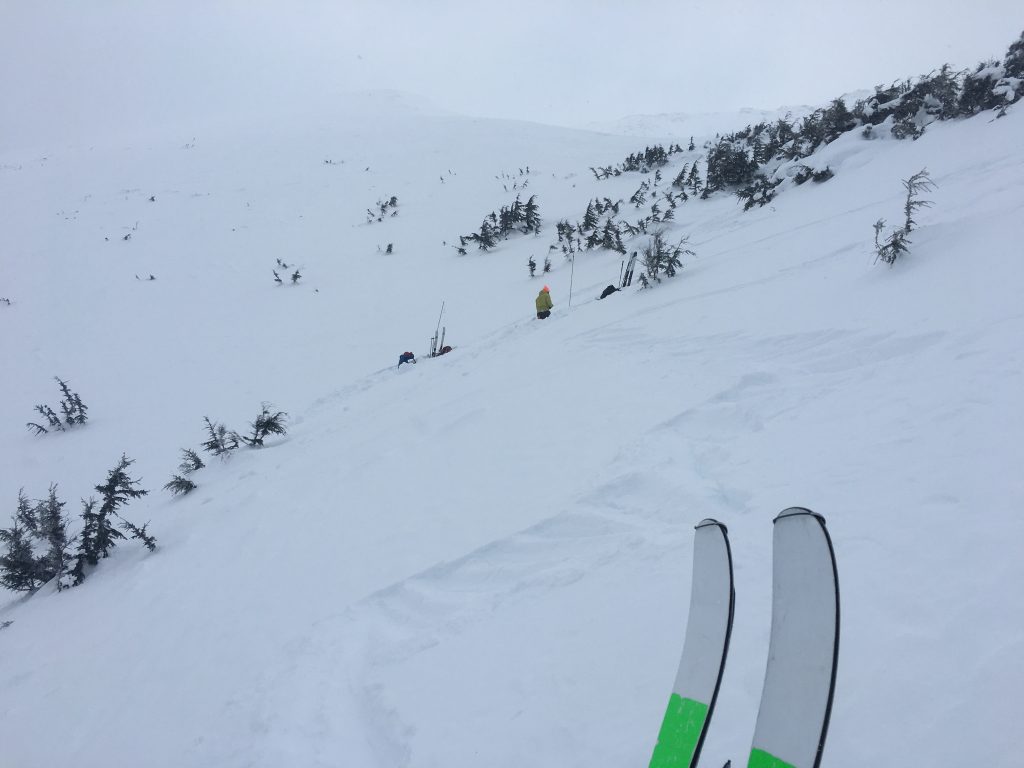 The skiing may not have been the best but the digging was fantastic. 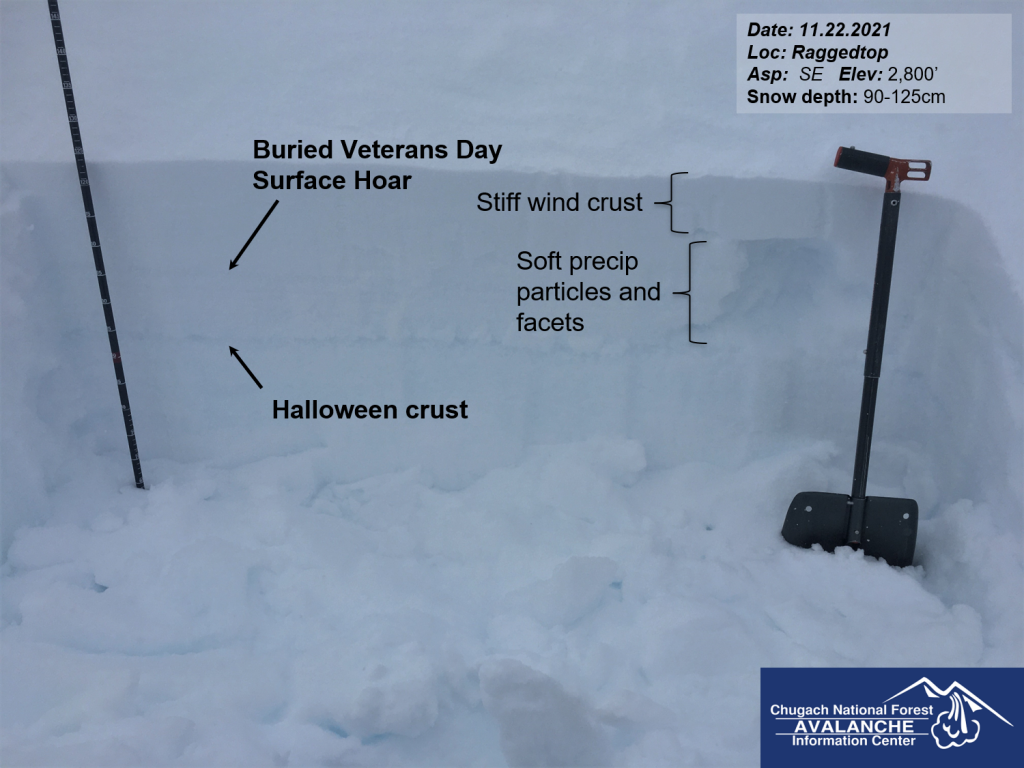 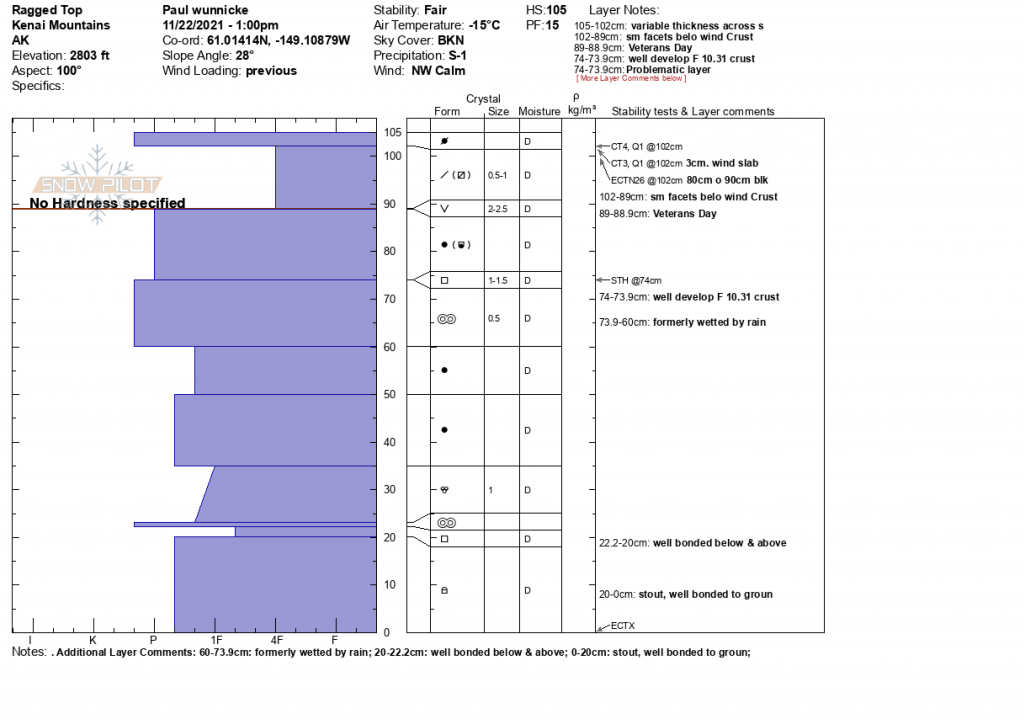