We toured up to around 2900′ and did a few laps in the trees. We stuck to conservative terrain after triggering soft slabs on a small test slope, and getting unstable test results in our snowpit at 2470′.

We were able to get some small soft slabs to release on a test slope at around 1600'. The slabs were failing on a layer of stellars buried at the 1/6 interface.
We also saw debris from a recent cornice fall at around 3200'. Those cornices are starting to get large.

Mostly cloudy skies were trying to break open in the middle of the day, with a few periods of decent visibility. Winds were light to moderate out of the southeast, and we saw active transport throughout the day. Air temp was in the mid 20's F through the day. On and off snow showers left a trace of new snow through the day.

There was about 2' of new snow from the latest storm. We noticed a lot of wind-effect above 2500' (see photo), but the snow remained protected below 2500'. The skiing got better at lower elevations.

The layer of stellars buried on 1/6 was the weakest part of the pack. We were able to get this layer to fail on a small wind-loaded test slope, and we got an ECTP24 on the layer in the test pit. It looks quite similar to the weak layer involved with the 12/22 avalanche in Warm Up Bowl. We found the snow buried on 1/4 to be well-bonded, with very few facets mixed in with rounds. No surface hoar on that layer. We dug down to the 12/1 rain crust (now buried around 5' deep) and didn't see anything concerning- alternating crusts and clustered rounds, but very little to know faceting in that sandwich.
See snowpilot profile for more pit info. 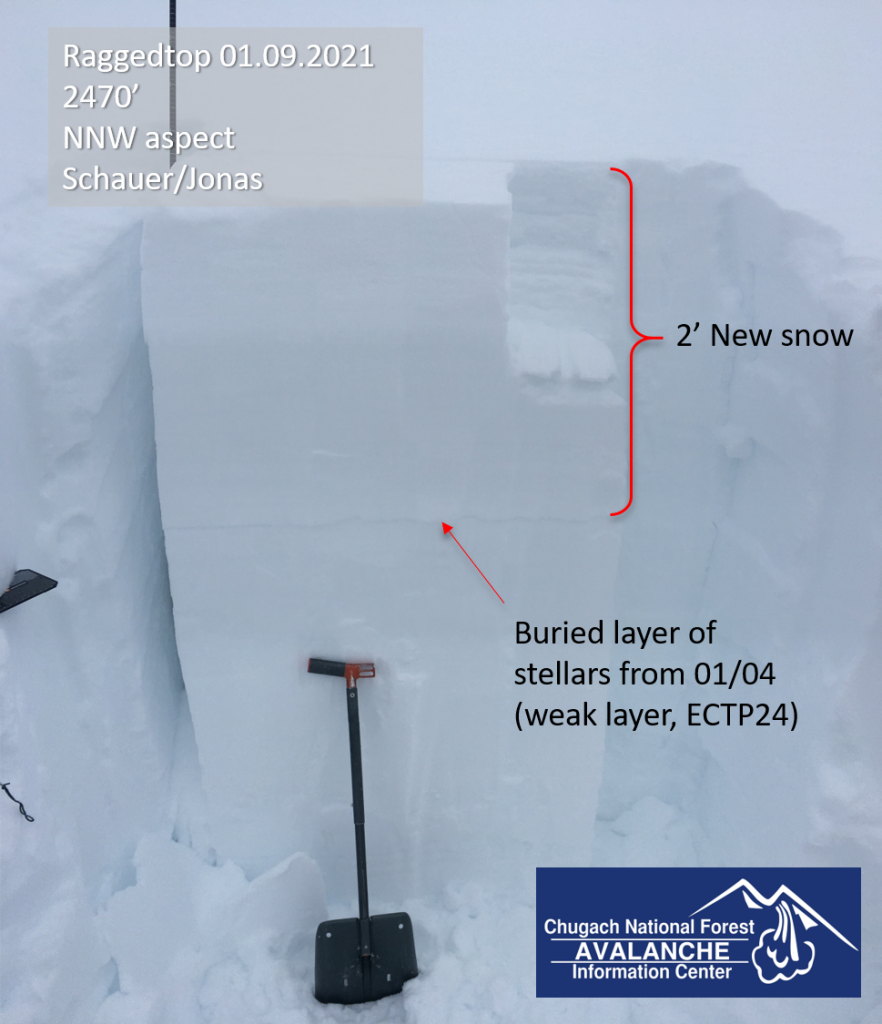 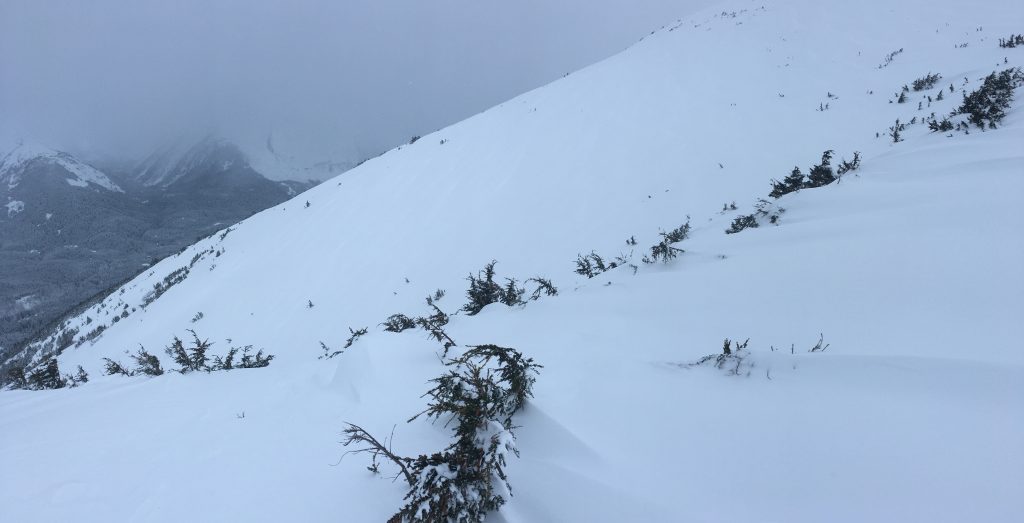 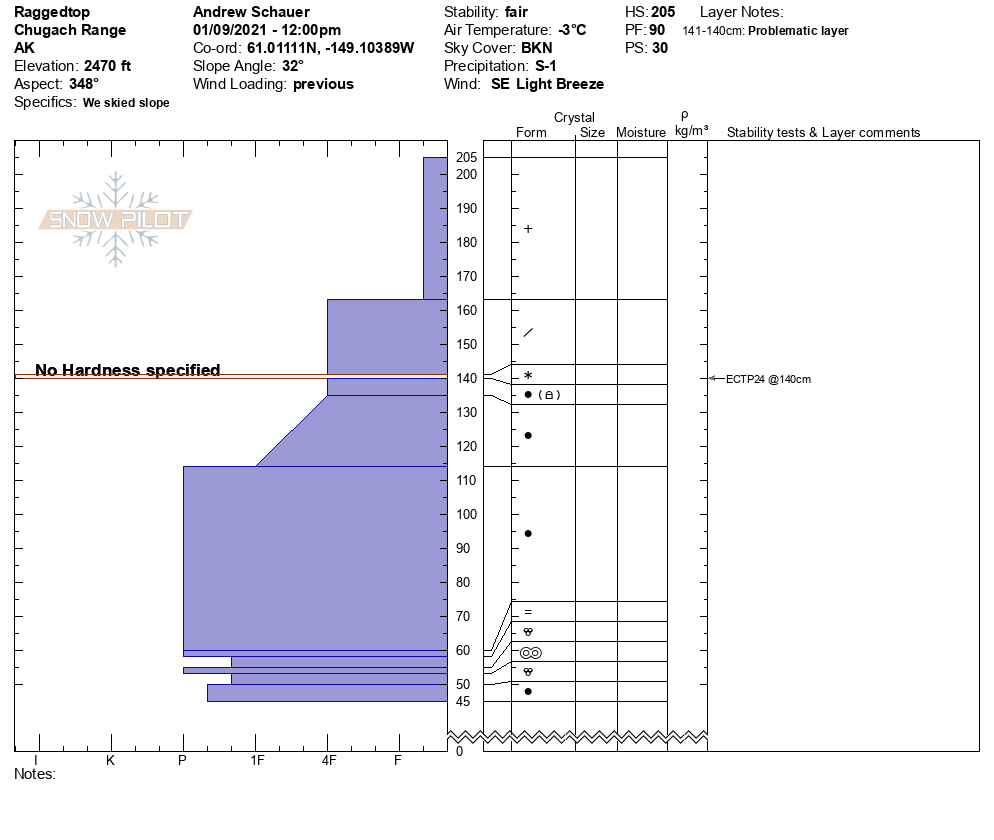 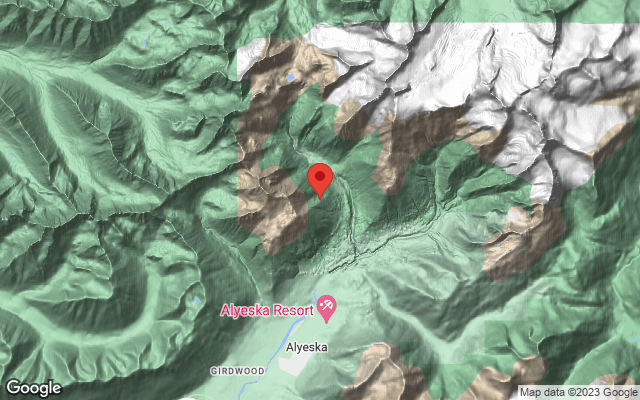