We toured up to about 2800′ and skied in some small trees for better vis and less wind. The winds picked up throughout the day, and fresh wind slabs were reactive all day.

Skiers easily triggered small pockets of wind-loaded snow. The avalanches were not yet big enough to bury somebody.

We easily triggered pockets of wind slabs. It was a little surprising to find them mid-slope and at the bottom of slopes too, in areas that would typically seem more sheltered. We also got a lot of shooting cracks in fresh wind slabs near the ridge.

Skies were cloudy, but we did get periods of good visibility. Light winds out of the south picked up to around 20 mph in the afternoon. We saw a lot of blowing snow off the ridge at higher elevations, and some slopes were completely scoured.

Around a foot of soft snow made for good skiing, but there were pockets of stiffer wind-loaded snow. The fresh wind slabs were really touchy. We got a few small pockets to release, as well as some good shooting cracks near the ridge. Surface hoar still standing until we got above the alders. Above alder line it looks like it had blown away.

From a snowpit on a N aspect, 2450':
30 cm new snow on top of a firm crust. There is still a layer of facets in the bottom 5-10 cm snow at the ground, which produced mixed results in stability tests (ECTP25, ECTX).
Fresh wind slabs were our primary concern, especially as winds picked up later in the day. The weak snow at the ground is an additional concern, especially in the steep, rocky terrain above where we dug, which would not have the same rain crust. 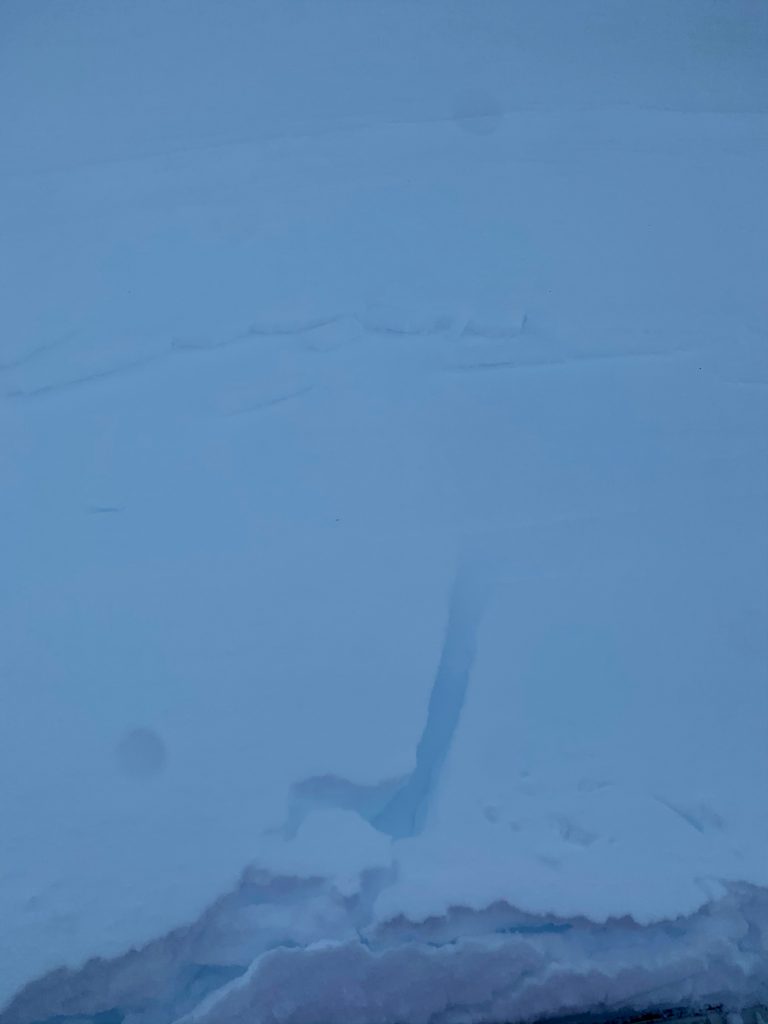 Shooting cracks in a fresh windslab near the ridge. Photo: Brooke Edwards 12.12.2020 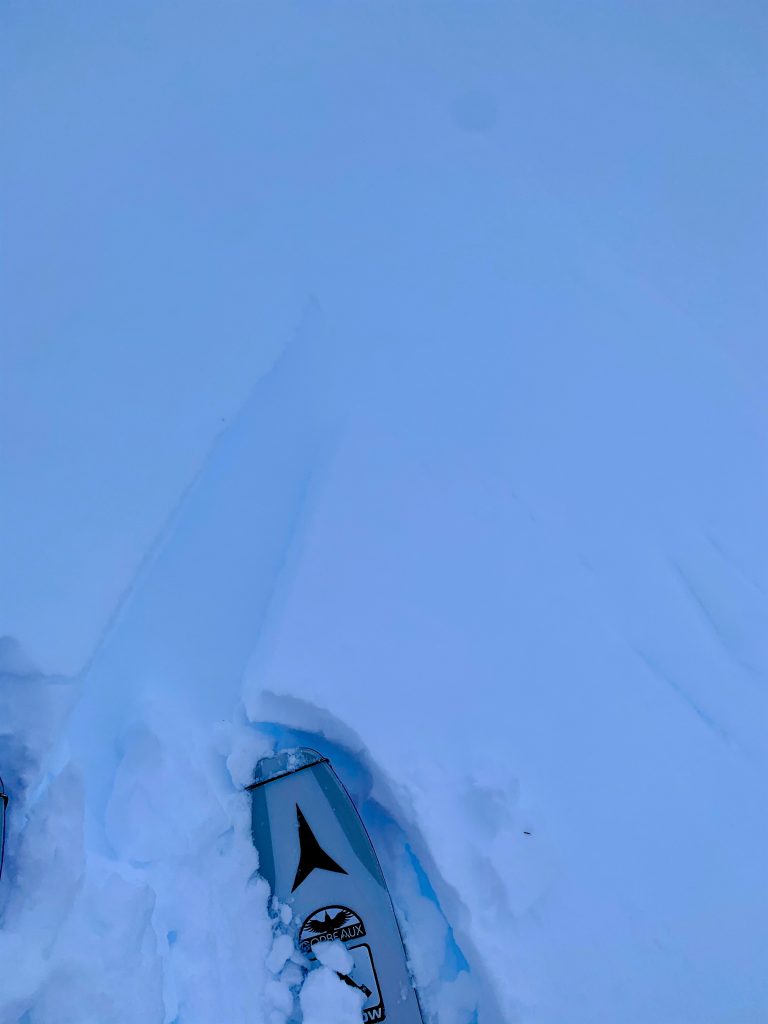 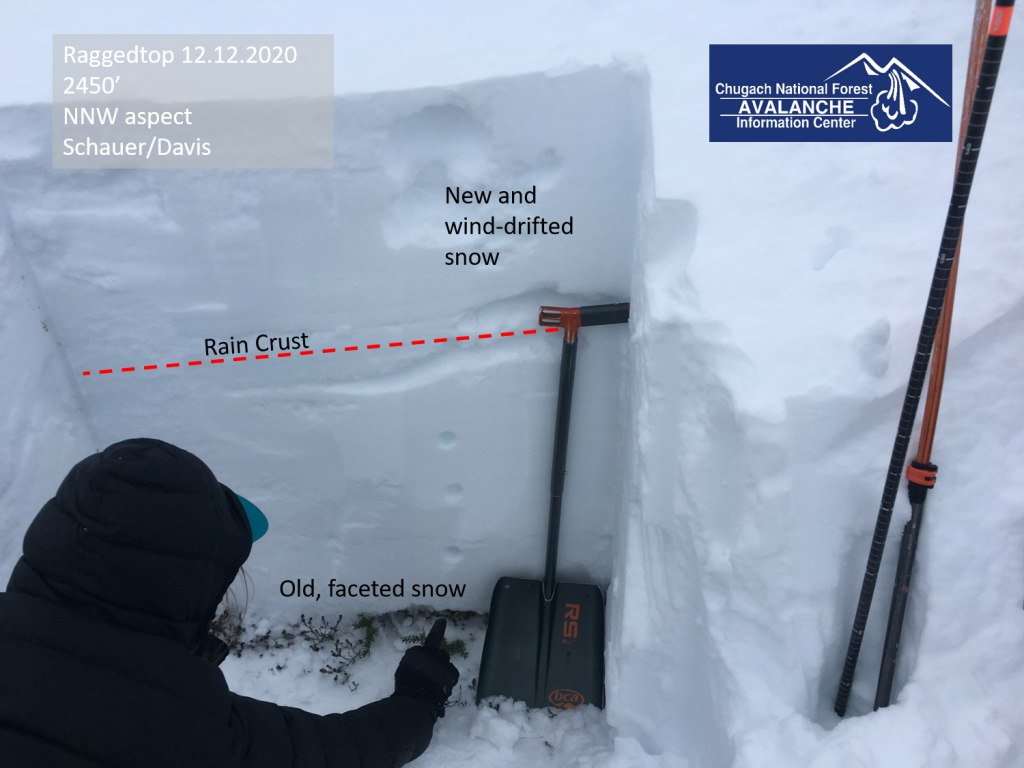 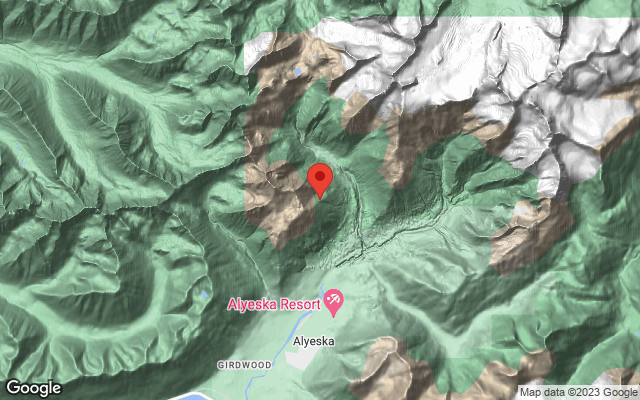