We skinned up NE bowl of Raggedtop to just below 4000′.

Supportable MF crust on all aspects and elevations to ~3000'. Was soft and corn like on solar aspects for the entire tour.

At 2300' there was 1cm recent new snow from earlier in the week and was dry on shaded aspects. On solar aspect this snow had transition to MF crust. Moist corn snow was consistent along ridge to 3000' on E to SE facing terrain.

Above 3000' the surface snow was more variable with a firm breakable 2-3cm MF crust and patches of 2-3cm wind deposited snow.

At 3800' on North aspect the top 10cm was dry snow that had also been wind deposited.

At 2300' the top 20cm was MF crust with moist melt forms below. Snow surface was supportable to boot.

Dug one pit on a NE aspect at 3805' just beyond the corniced ridge on a wind loaded location, HS=195cm, Pit height was ~90cm. The top 10cm was new snow from earlier this week, sitting on near surface facets. NSF were .5-1mm in size and failed with hard force in a shovel tilt test. A 1cm MF crust was found 30cm below the surface and was hard to sheer in shovel sheer test. Compression test had no failure. The snow was pencil hard below MF crust. Could feel with probe weaker snow near the ground in the bottom 35cm of pack. 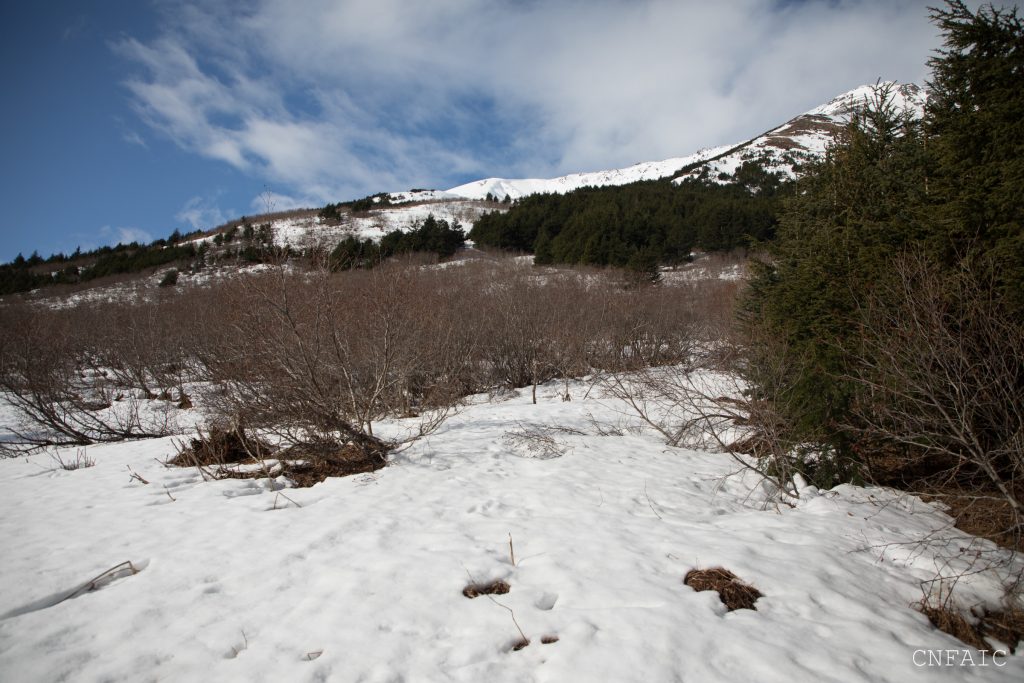 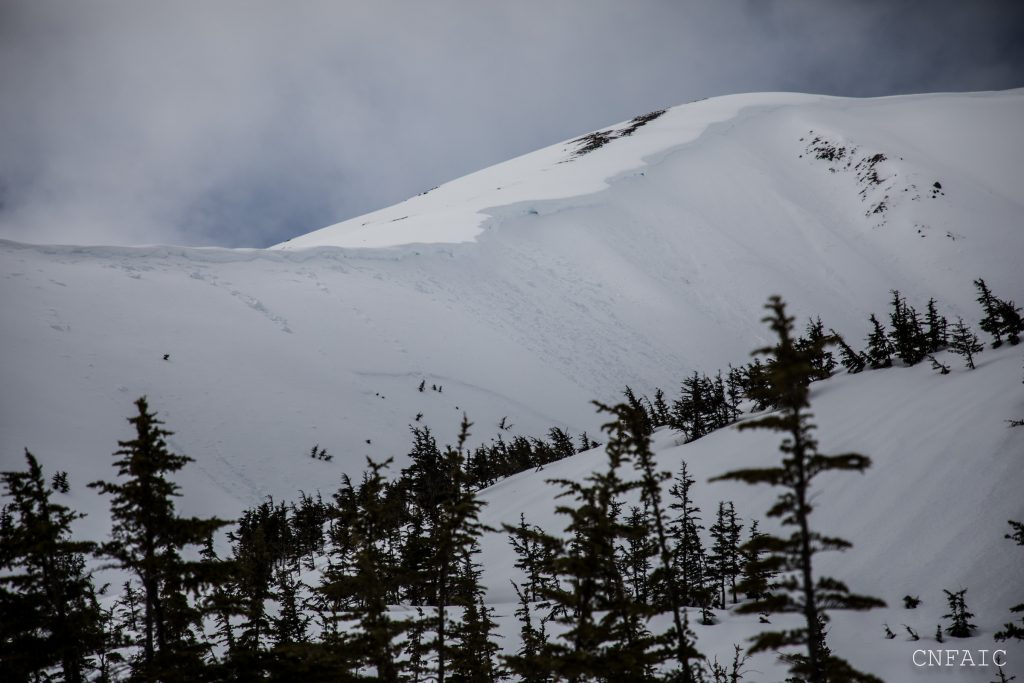 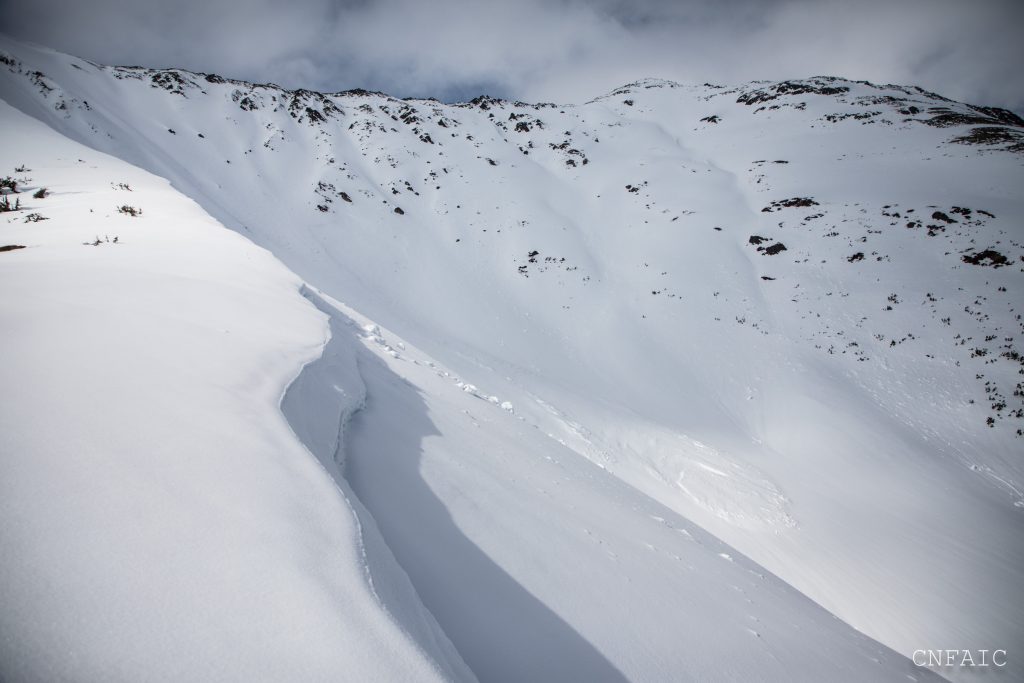 Older avalanche, likely from March storm with debris and very faint old crown still visible. This was on East aspect. 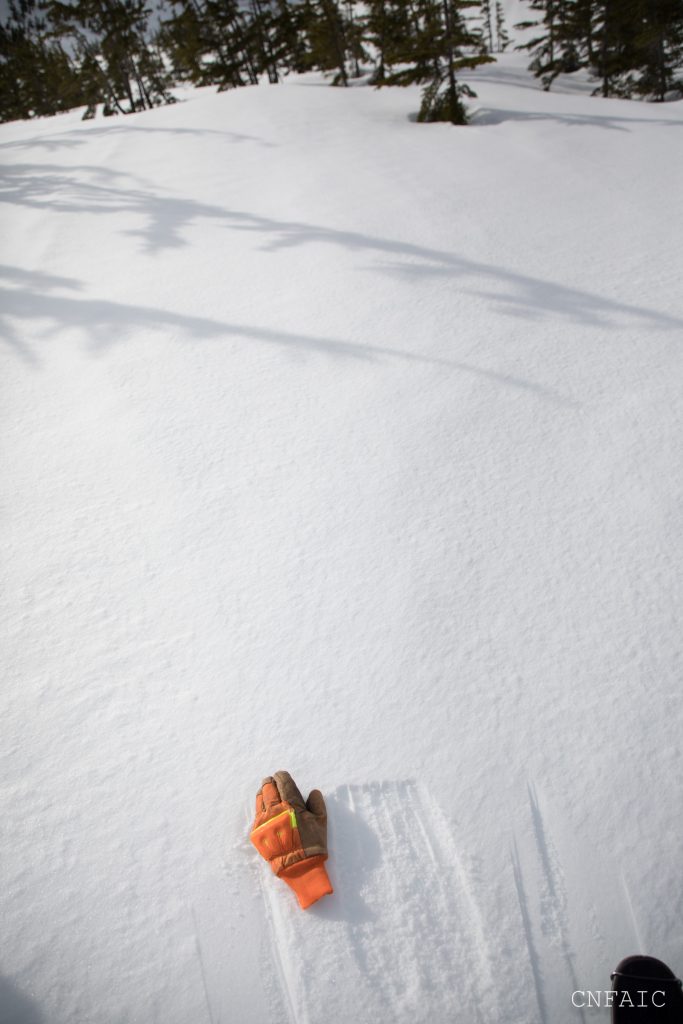 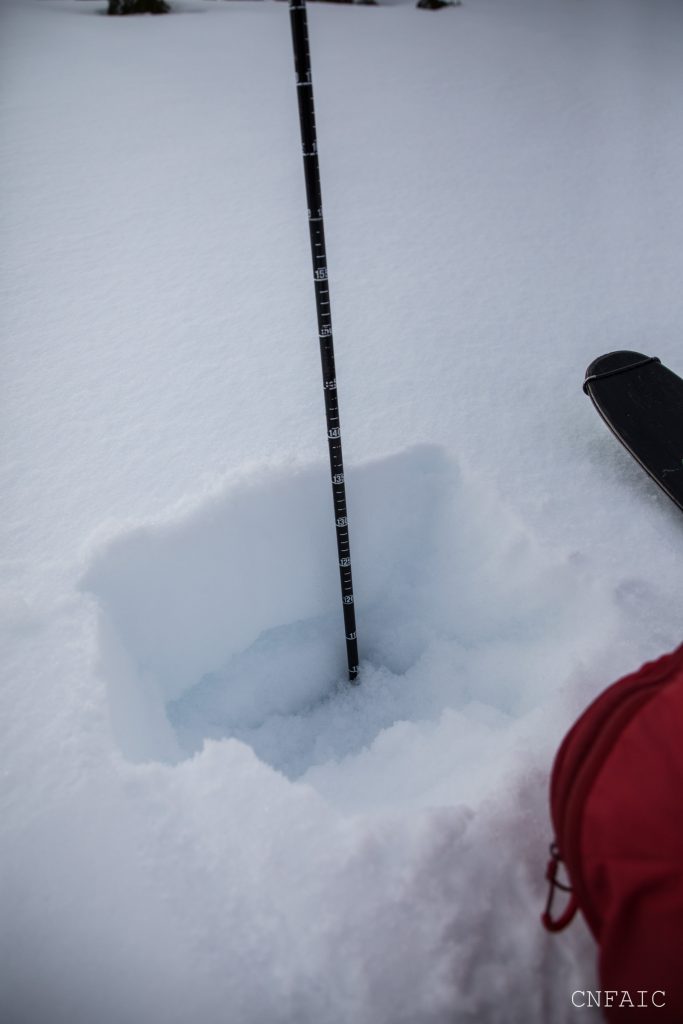 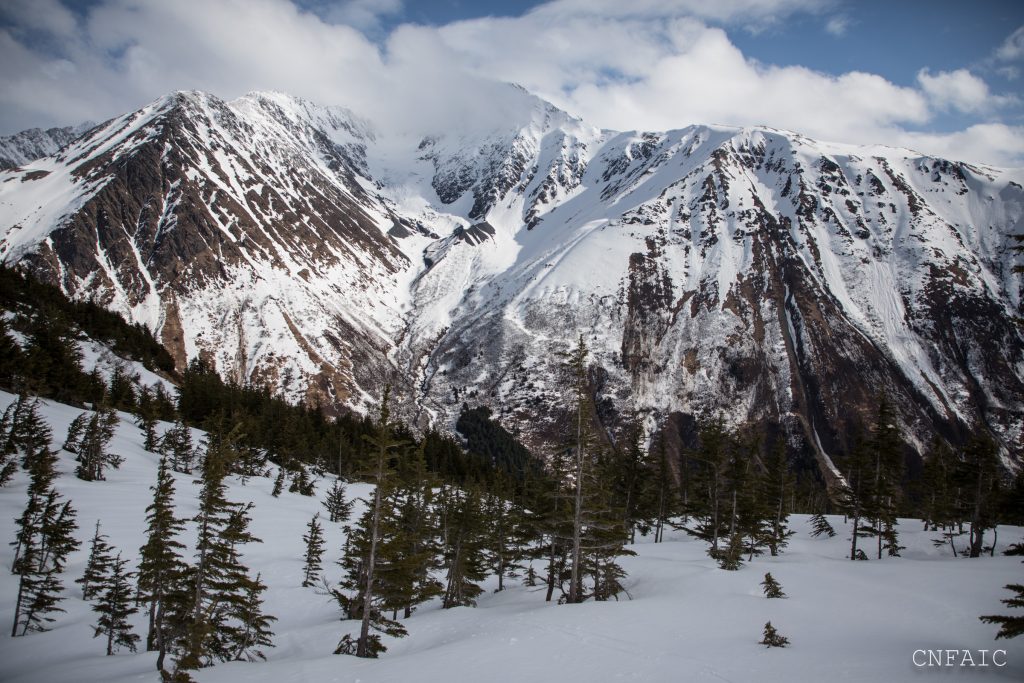 View of South - Southwest aspects of Goat peak and Goat Shoulder. Much of this snow shed during the March storm. 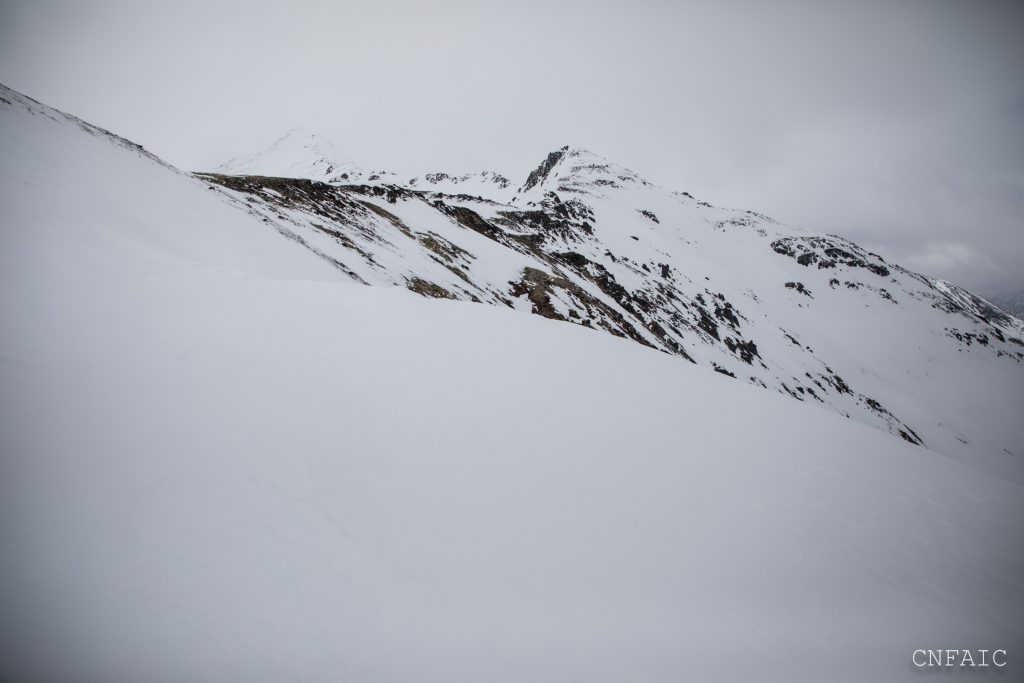 Poor visibility and winds picked up later in the afternoon 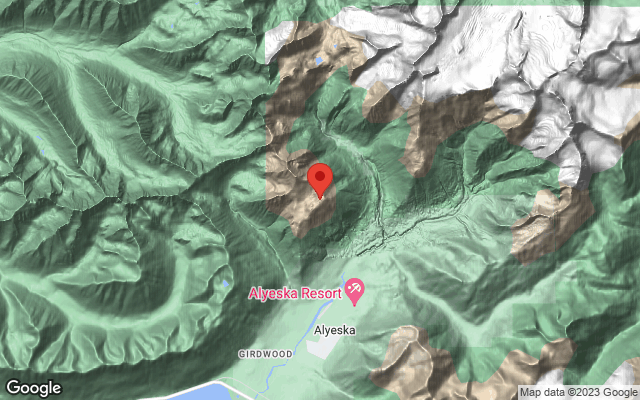