Found the Martin Luther King day (MLK) buried surface hoar (BSH) in three areas in an East bowl of Raggedtop between 2400′ and 2900′. Tests were mostly unreactive and didn’t propagate. Talked with a group who skied in this zone yesterday and triggered two small slabs (D1’s) without incident. The light was really flat, but we could see tracks and two very small crowns between 3500′ ad 3800′ on an East aspect.

Two small D1 slabs on an East facing gully
Wet loose point releases on South aspect of Goat - likely from yesterday or day before when sun was out.

Overcast and valley fog rolled in around 3pm
Temps were in the upper 20F's to low 30F's.
Calm winds
No precip

Dug several pits at 2400' and found the Martin Luther King Day buried surface hoar 'MLK BSH' down 45-50cm in three pits. This layer was sitting on a 1cm pencil hard melt-freeze crust. The snow above this layer was pencil hard. Extended Column Tests didn't show propagation propensity. (ECTX x 3, ECTN30, PST 95/110 End, CT25, CTN) HS=145cm. The surface hoar was stuck to the melt/freeze below. Some of the BSH grains were 6-sided with slight cup shapes on some. See photos below.

Another quick pit at 2900' in a more loaded spot the MLK BSH was ~50cm below the surface, CT21 on BSH. The grains were more feather-like and were on a thin MF crust on Pencil hard snow. Slab was P to 1F hard. 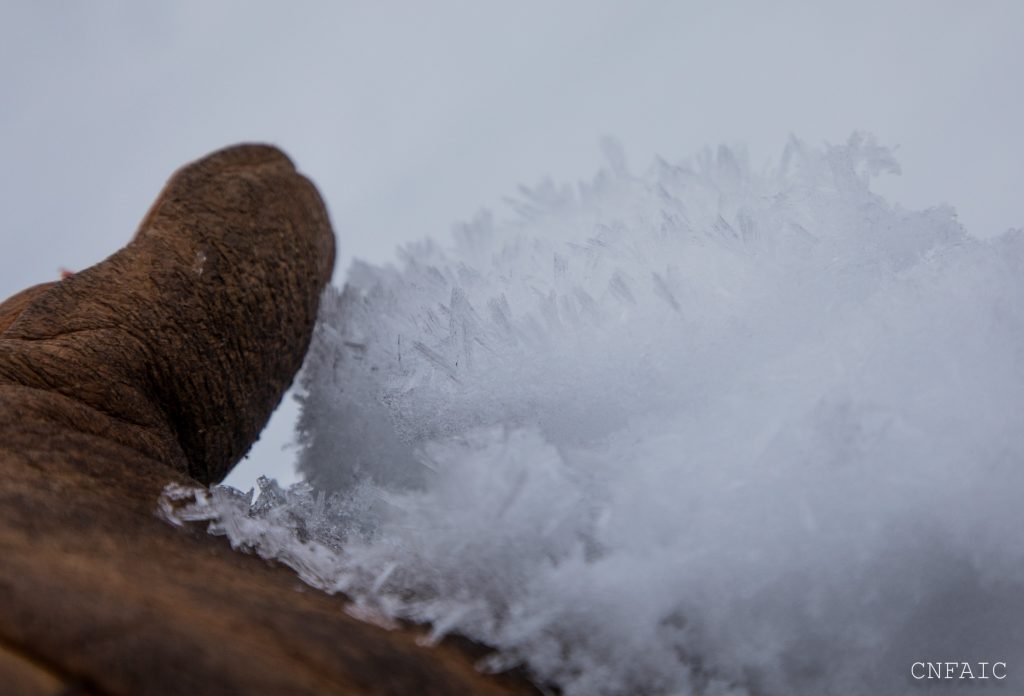 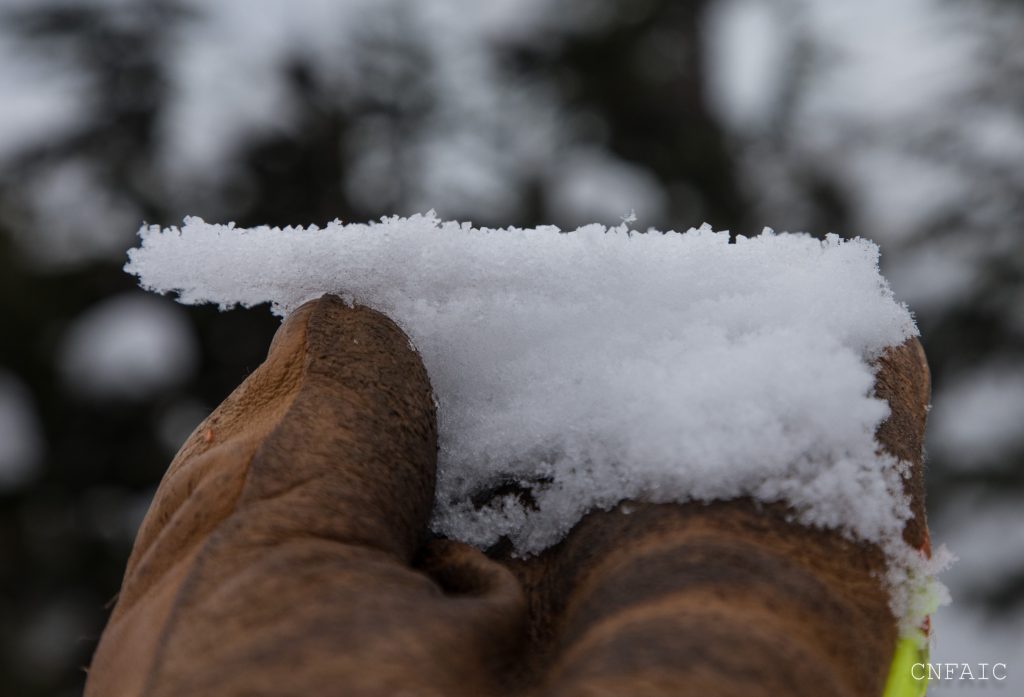 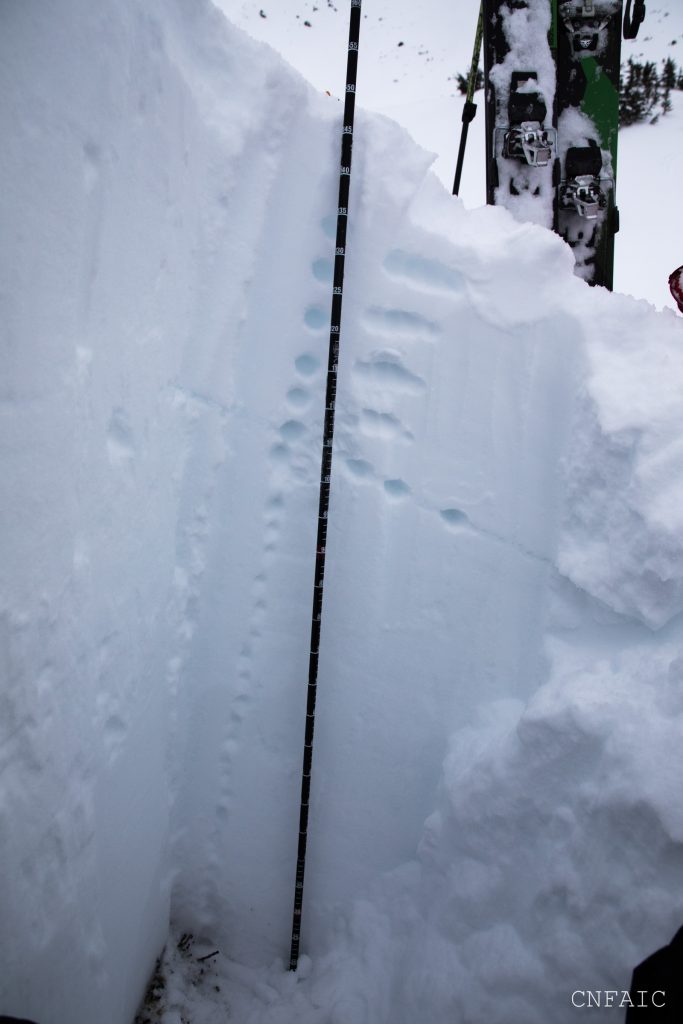 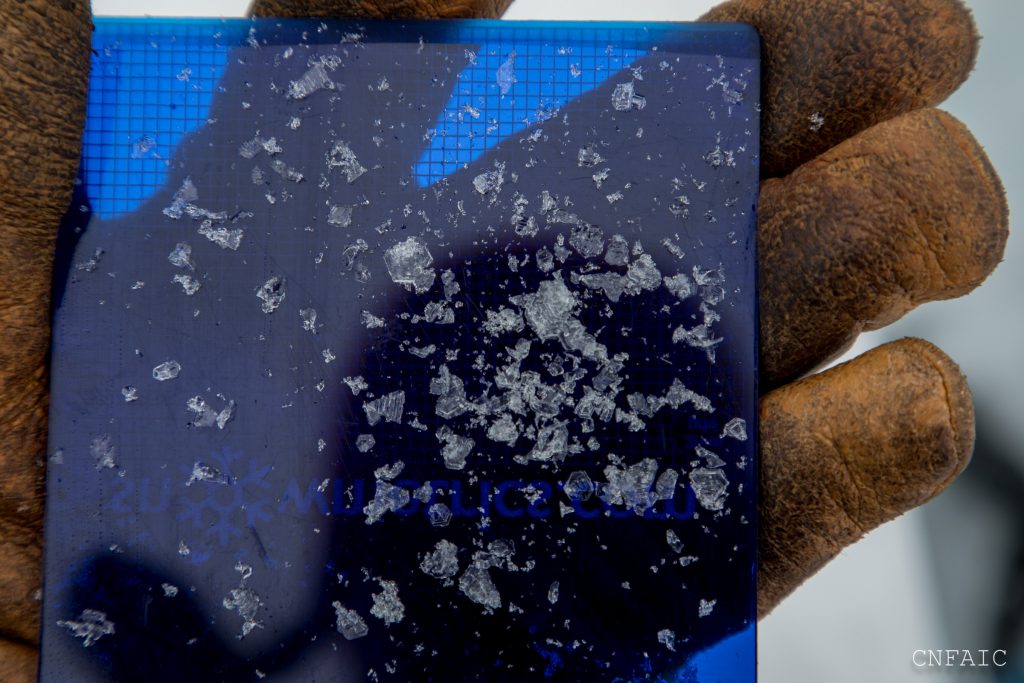 Many of the BSH grains were 6 sided and slightly cupped. Grid=2mm 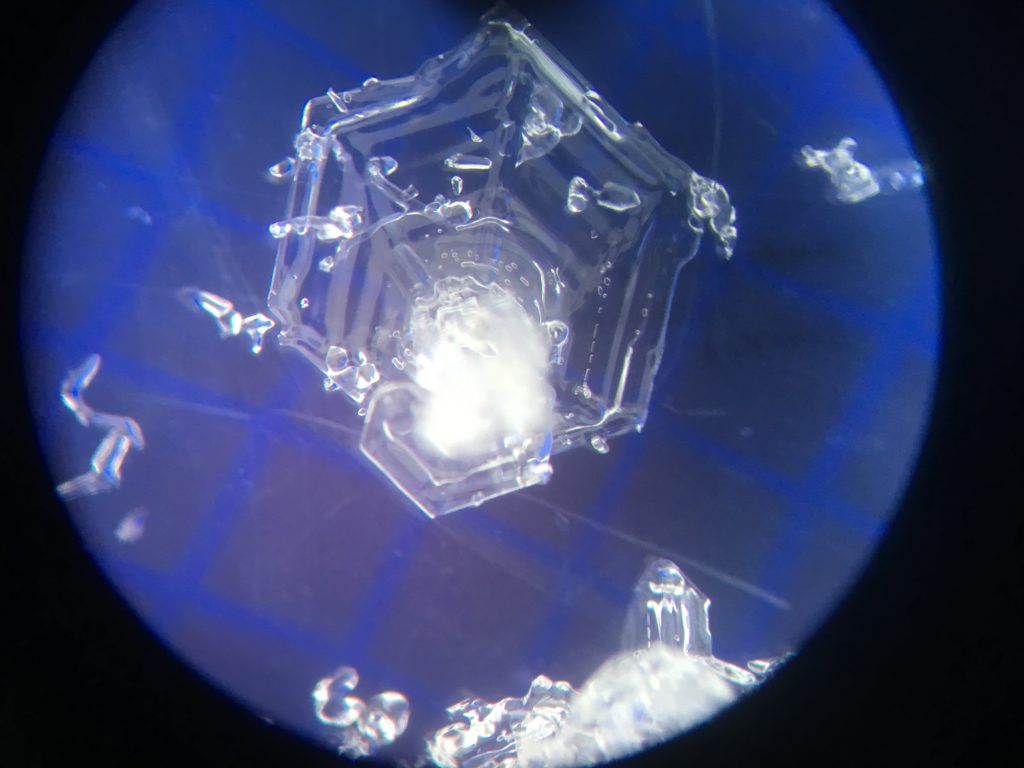 Marco picture of one the more symmetrical looking BSH grains 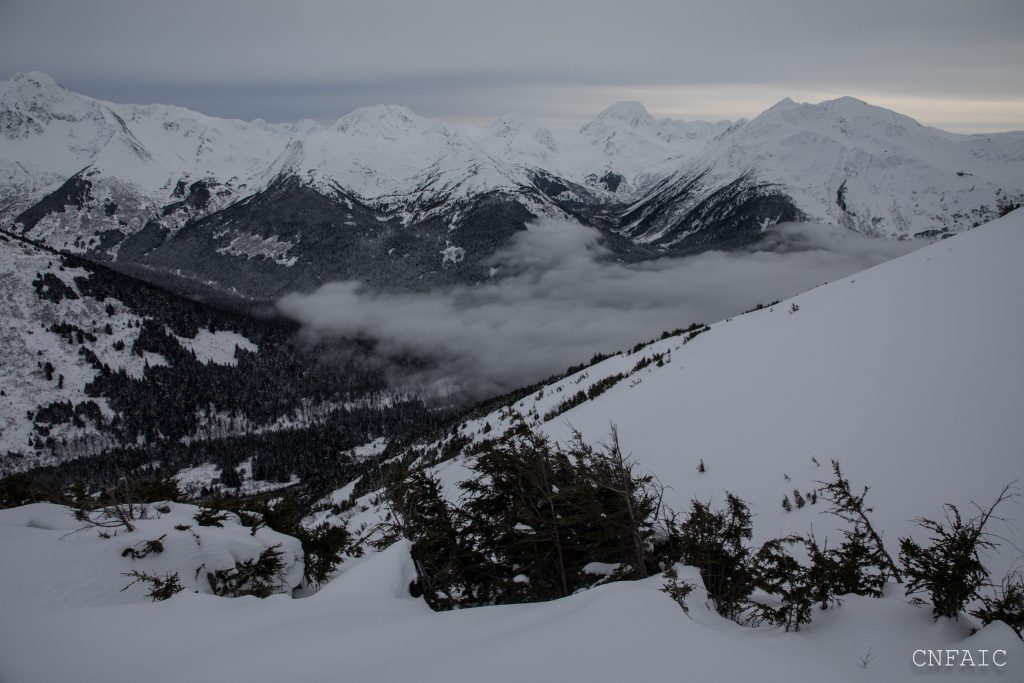 Fog rolled into the valley around 2:30pm 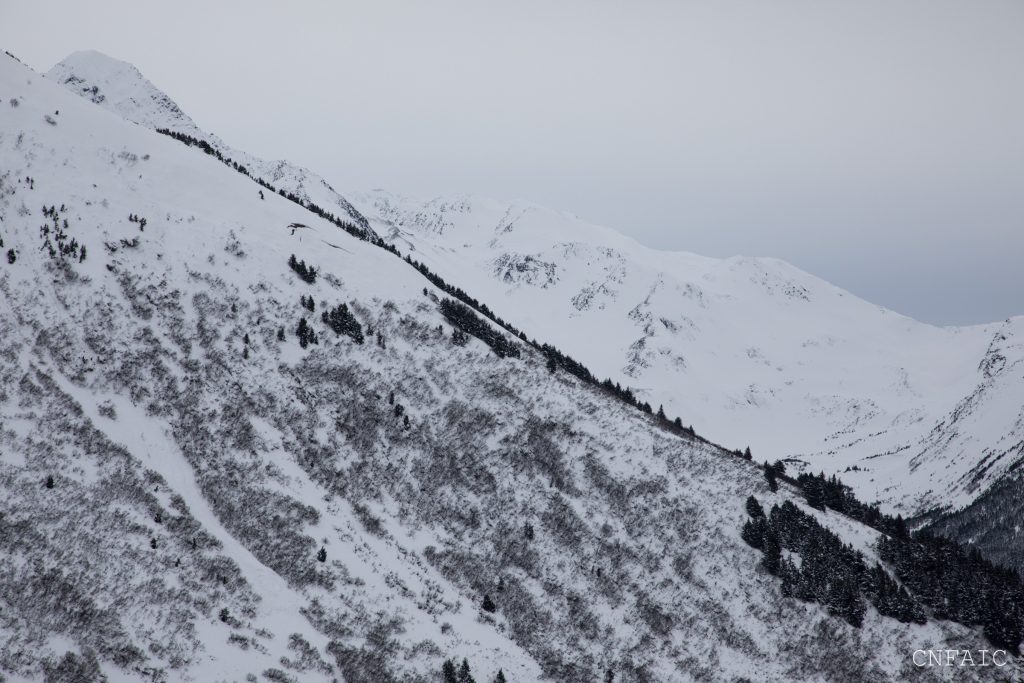 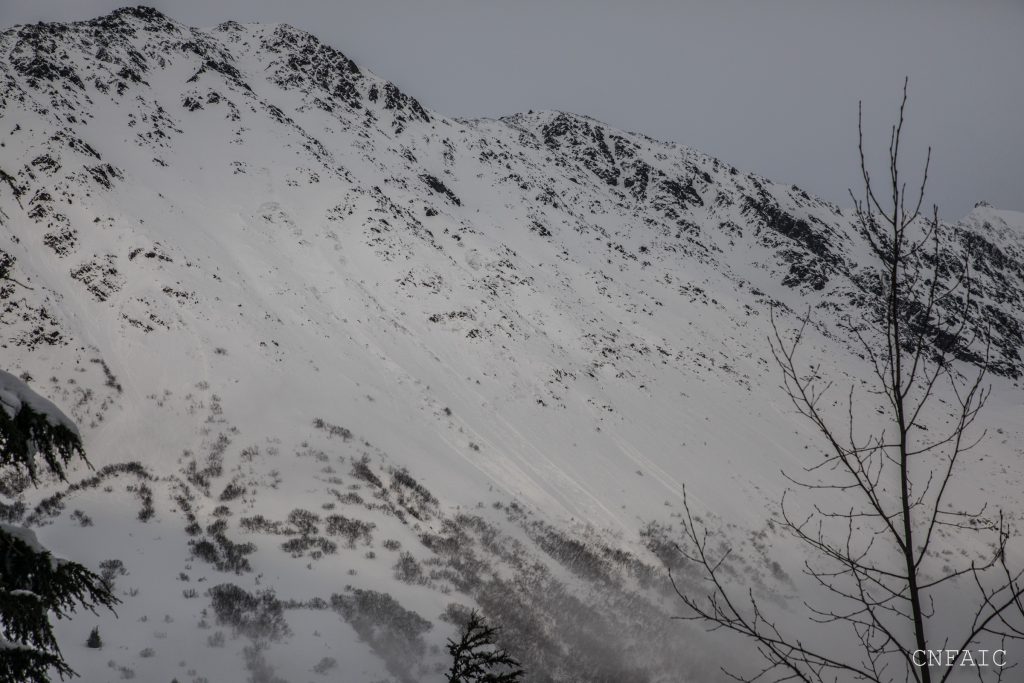 Could see some wet loose point releases on South facing slopes of Goat, these were likely from yesterday or the day before when sun was out 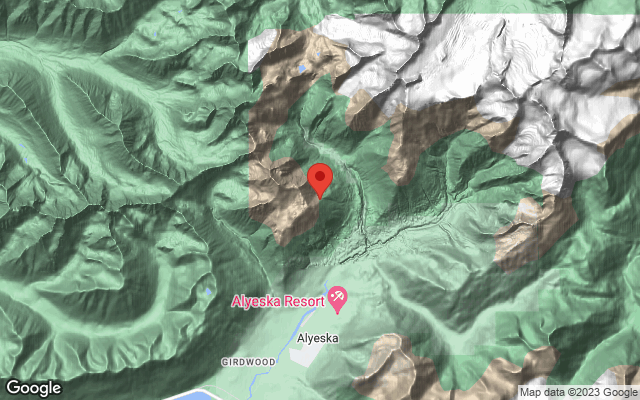