Standard uptrack to Raggedtop East Bowl to check out snow depths, snowpack structure and to see what avalanche paths have run this season.

Surface hoar that got smaller the higher we went up. 4-6mm down low to 2-3mm up high. Wind roller balls around 2000' from wind blowing wet snow during the New Year's Storm.

1000'-2000': The surface hoar was over a few cm of near surface facets over a layers of melt freeze crusts and facets. There is a melt freeze crust at the ground that really helps the travel at lower elevation. HS=20 cm-45 cm.

2000'- 2500': Snow got progressively deeper HS = 45 cm - 100 cm. 15-25 cm of soft snow at the surface. This snow is faceting due to the cold temperatures. There was stiffer snow on wind affected terrain. With a 10-20 cm wind crust in some areas. The most suspect snowpack set-up was places with the potential for harder slab over the weak snow over a crust.
We dug two pits at 2500'. One on N aspect (see Heather's pit diagram photo) and one on an E aspect. HS on E aspect was 75 cm. Pit on a 32* slope. There was a very similar snowpack structure but shallower, softer slab (see shovel tilt photo).The New Year's snow was easily sliding on a layer of buried near surface facets. I also had two CT 11 SC at the 1mm facets above the knife hard melt freeze crust. ECTX on this layer and could not isolate to ground.
There was evidence of older slides that had been covered by snow and some cornice fall in the East Bowl. 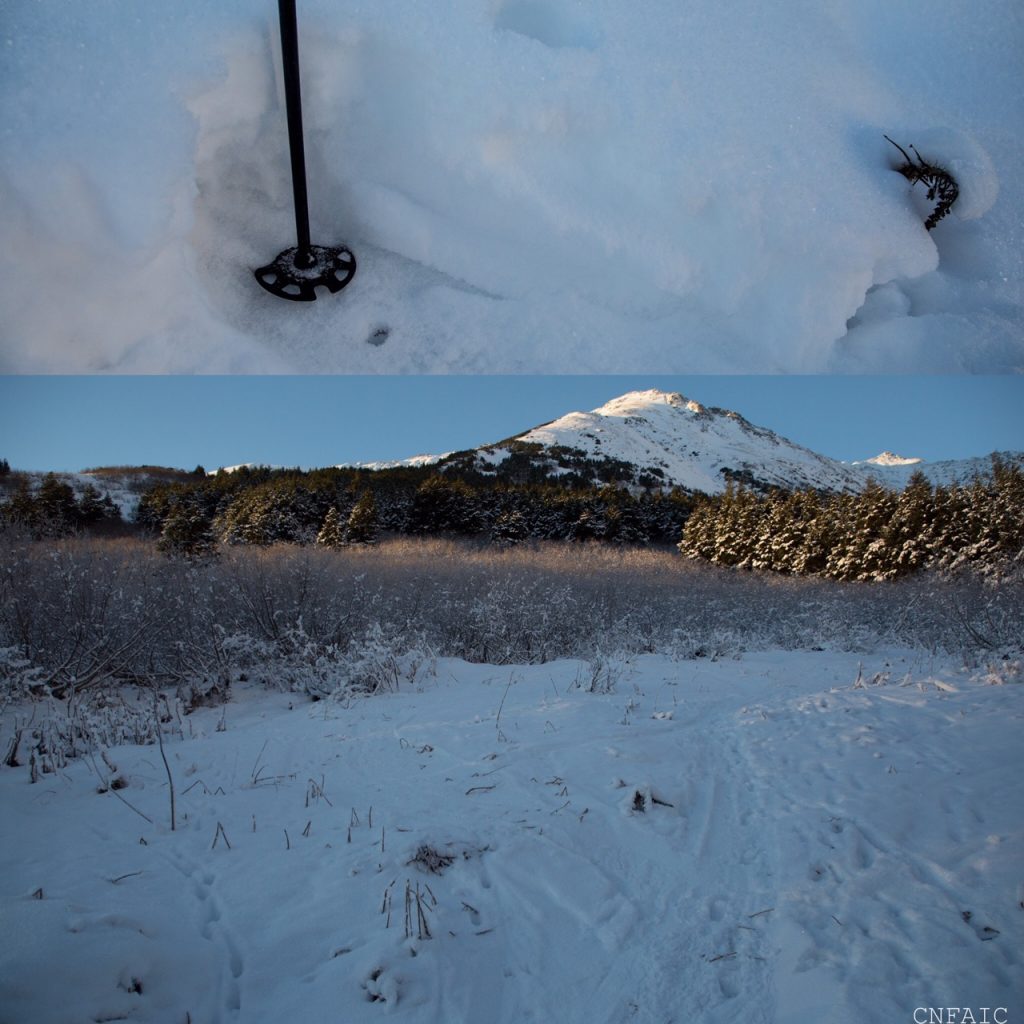 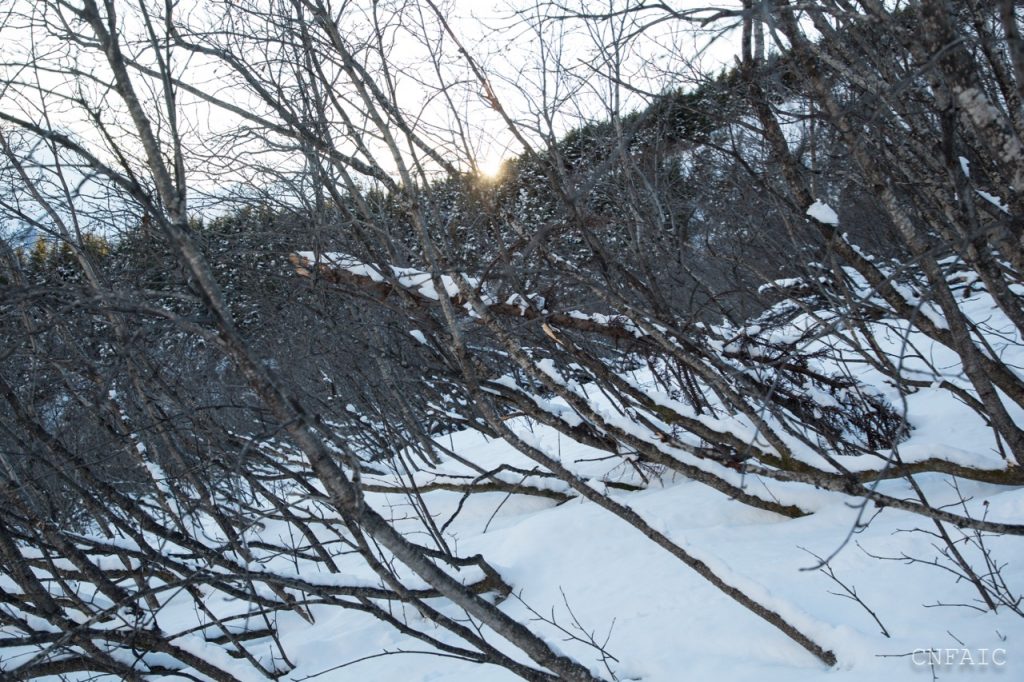 Broken tree in the alders from the 2015/16 Holiday avalanche cycle. 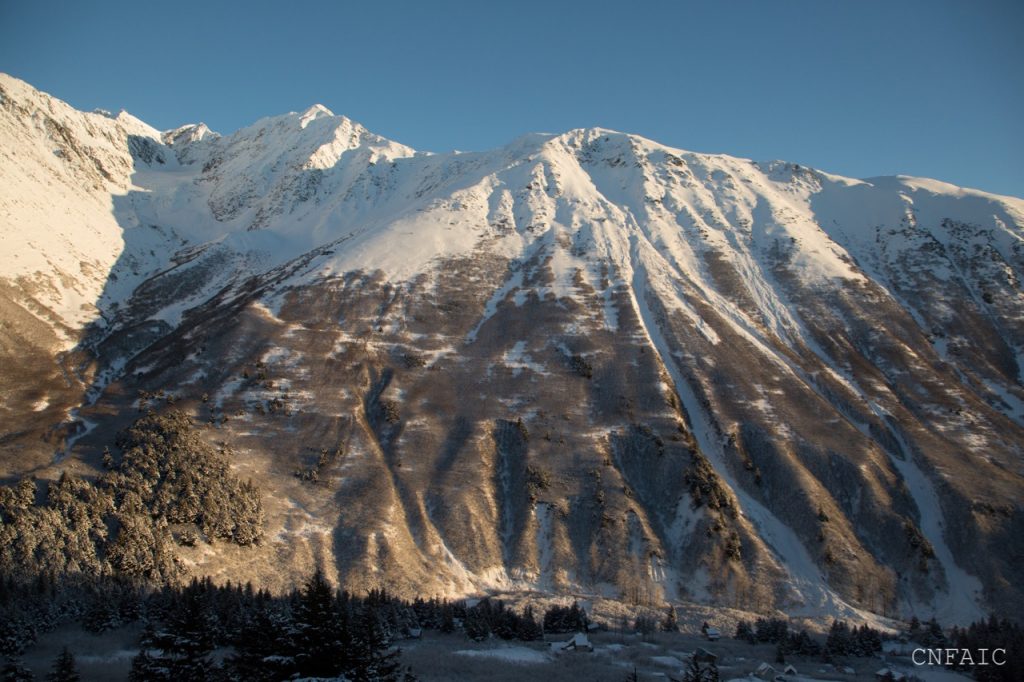 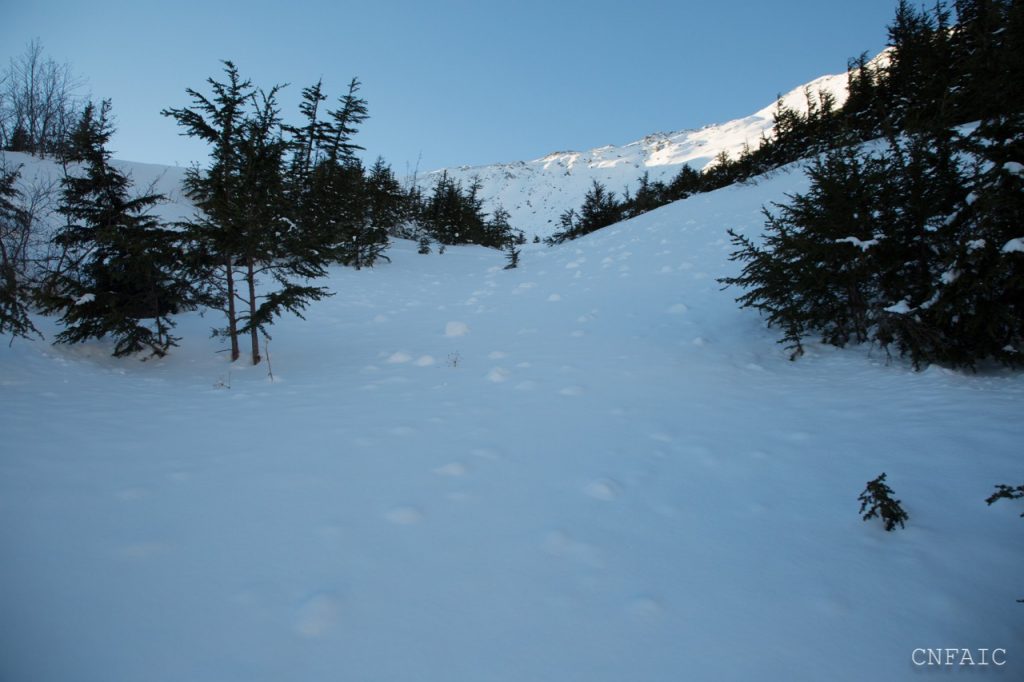 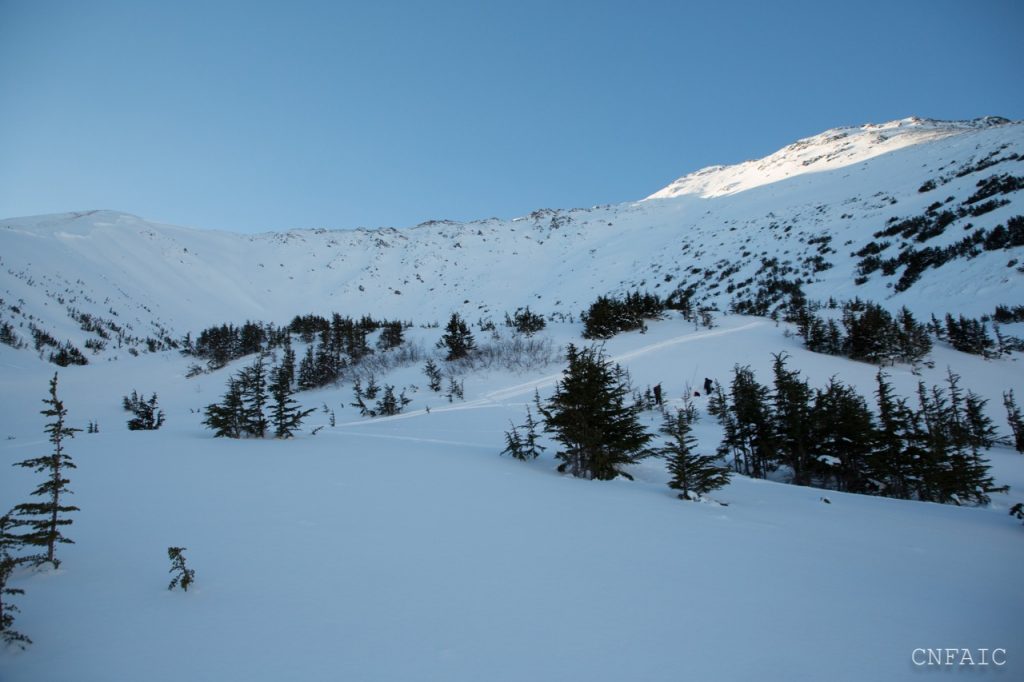 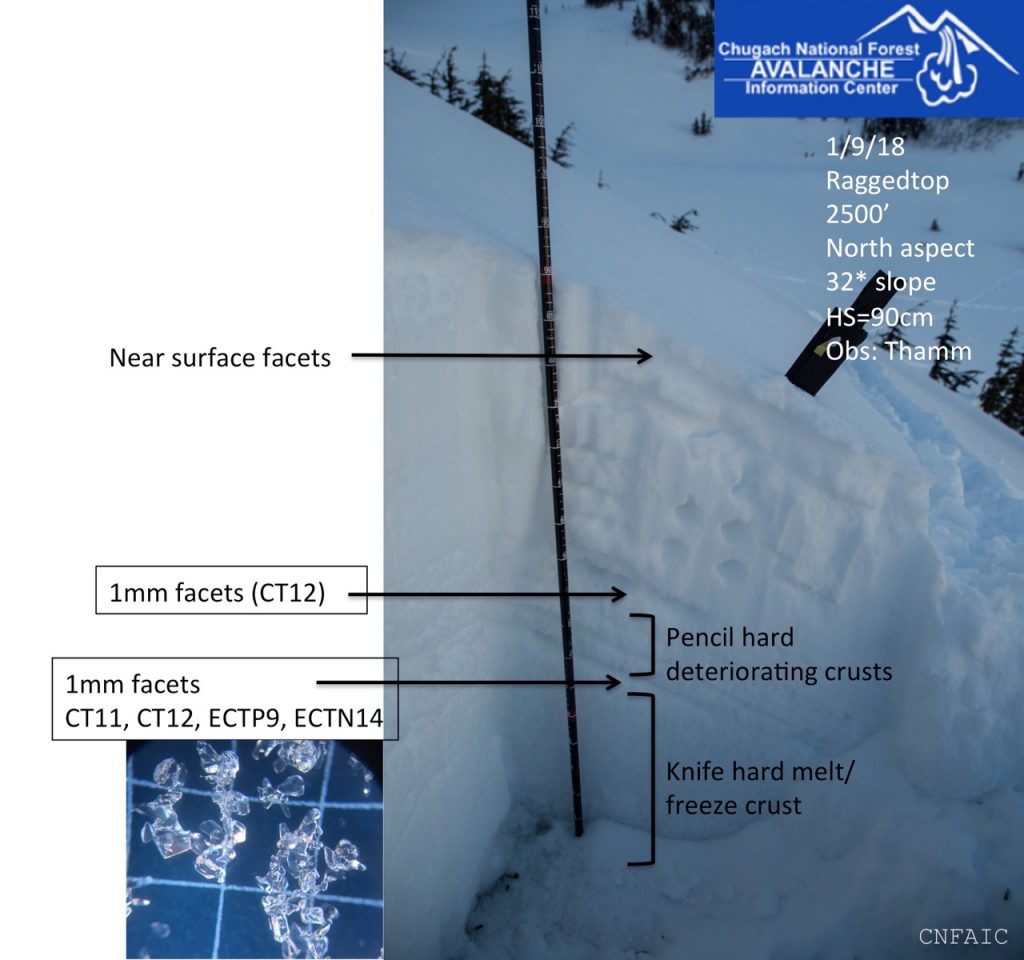 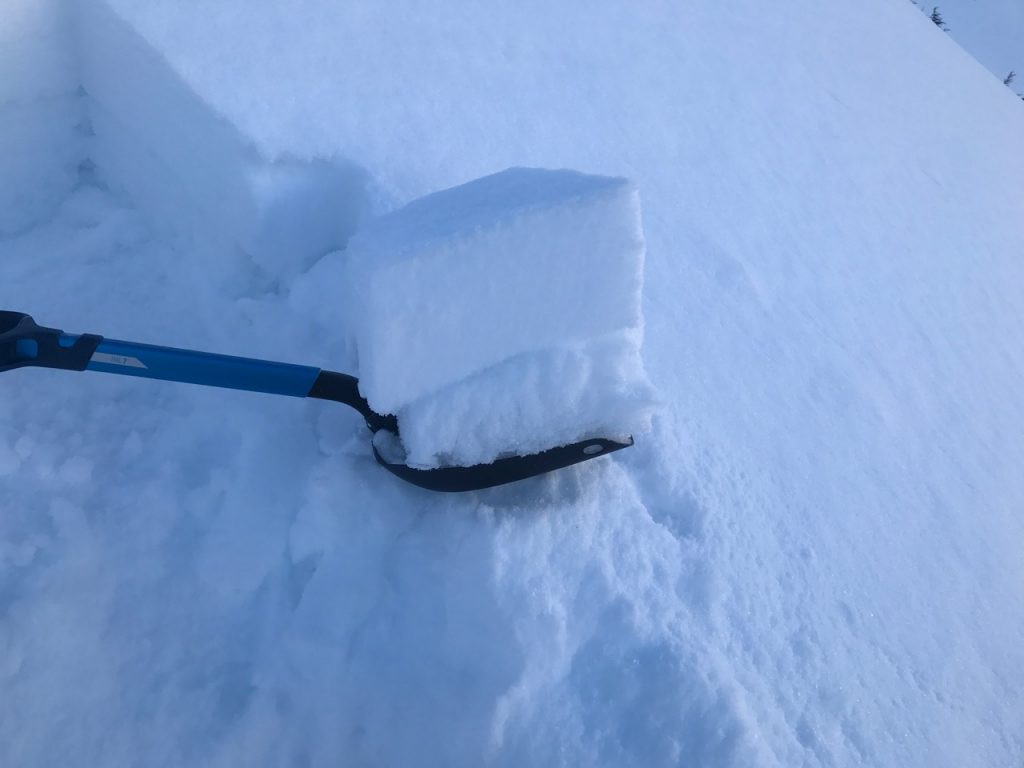 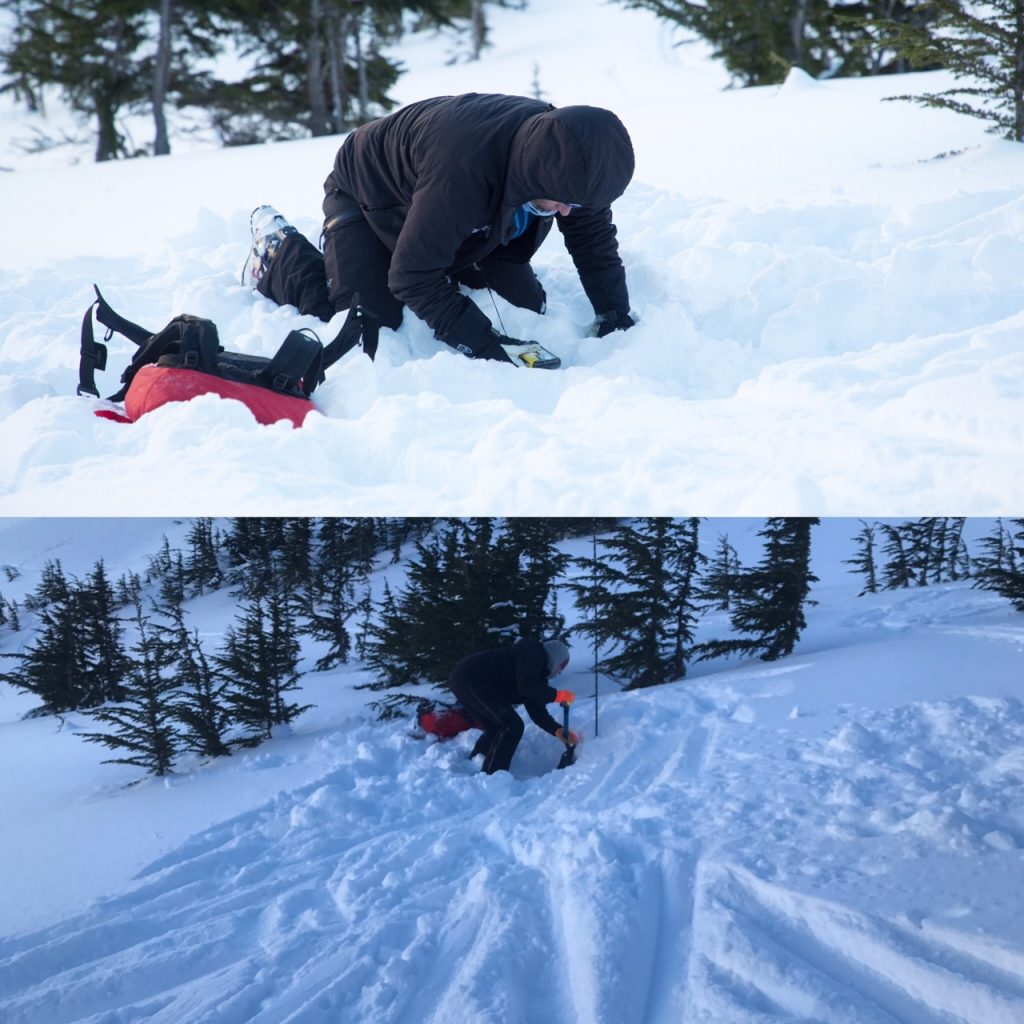 Rescue practice! At least once a month 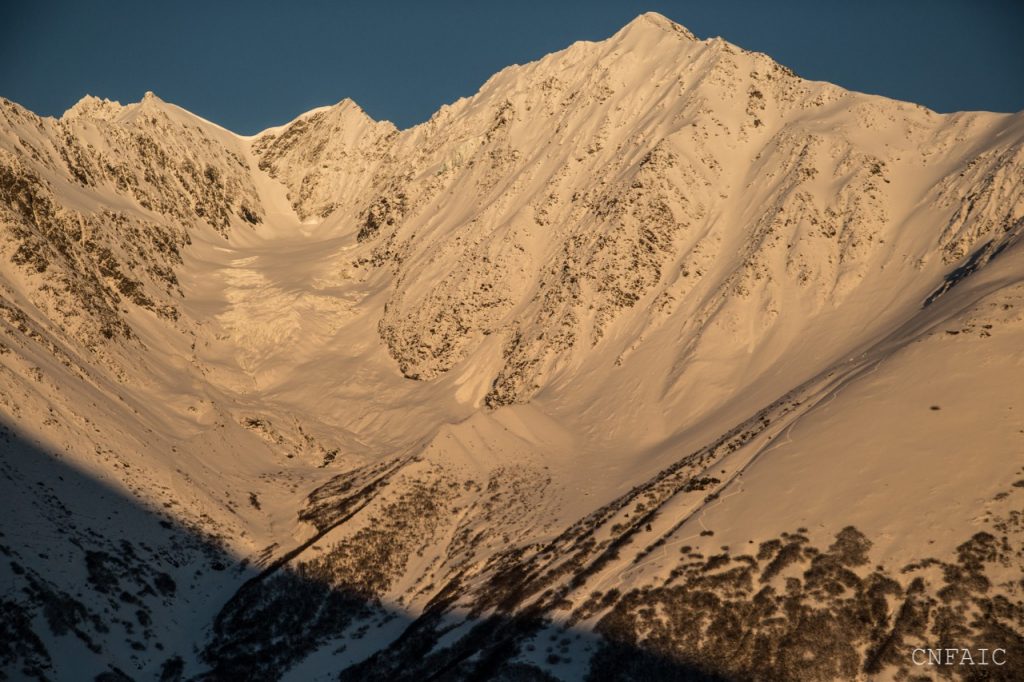 Goat in the sunshine with a few recent avalanches most likely the New Year's storm and some older debris. 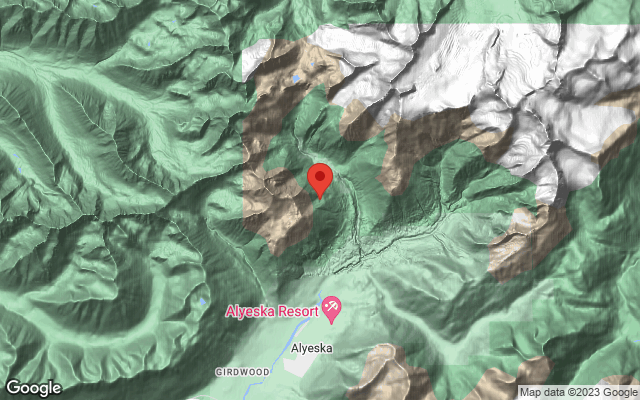