Route- We hiked through the woods from a friends cabin (1200ft) on Crow Creek Rd to the eastern side of
Ragged top in Girdwood. We kept our skis on our packs, and started skinning at 2200 ft. We skinned until
3000 ft on the eastern ridge (where cornice usually forms), and descended the northern side of ridge back
to our skin track.

Surface Conditions – Only a trace of snow until about 1700ft where a thin crust layer on the ground starts
and gradually gets deeper as you gain elevation. The skiing was decent due to the supportable 4” – 12” of
crust covering the ground with several inches of very low-density snow on top. Dust on crust skiing and
lots of terrain features, rocks, and vegetation to watch out for.

Snow Pack – No problem weak layers found and no obvious signs of instability. There was some evidence
(small glide releases) left behind from the Nuri event, but nothing recent.

At 2500 feet there’s about 8 inches of melt freeze crust sitting on the ground, varying in density from
1finger to pencil hard. There’s an additional 4” of very low-density snow on top of the rain crust. There are
some 1mm sized facets between the rain crust and the low-density snow interface. On the ground the melt
freeze grains appeared well bonded. (See picture below.)

At 3000 ft on the eastern ridge the snow depth varied greatly. 4 -6 inches on windward side (southern
aspect) and averaged a foot on leeward (northern aspect.) The top 4 inches of low-density snow from last
week has not been affected by wind at the time of this tour. 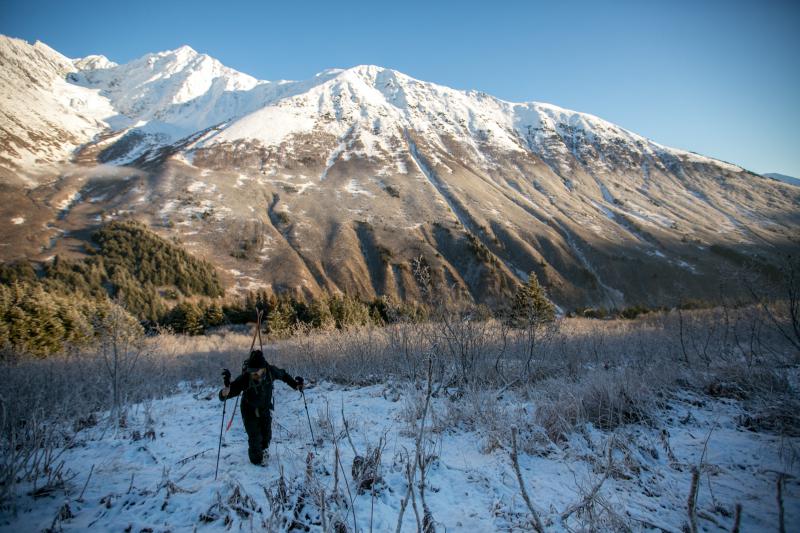 Must boot pack through low snow coverage below 2000ft. 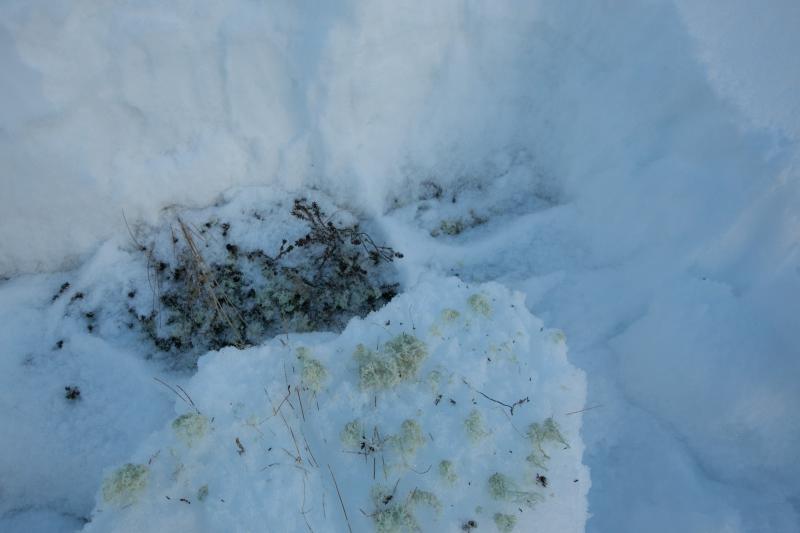 There's a firm melt freeze layer on the ground and appears to be very well bonded at this time. It was difficult to pry this piece off of the ground. 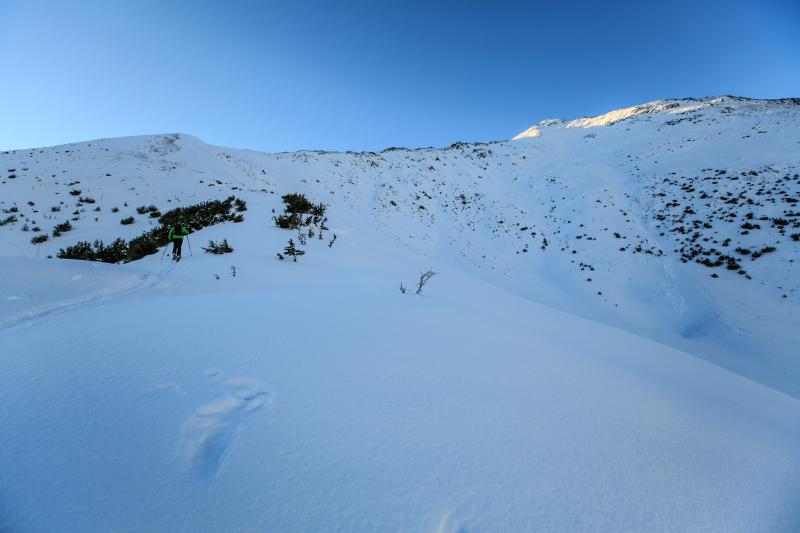 Just below 3000ft on broad eastern ridge of Ragged top. Notice in far bottom right corner some evidence of an old glide release from the November "Nuri" rain event. 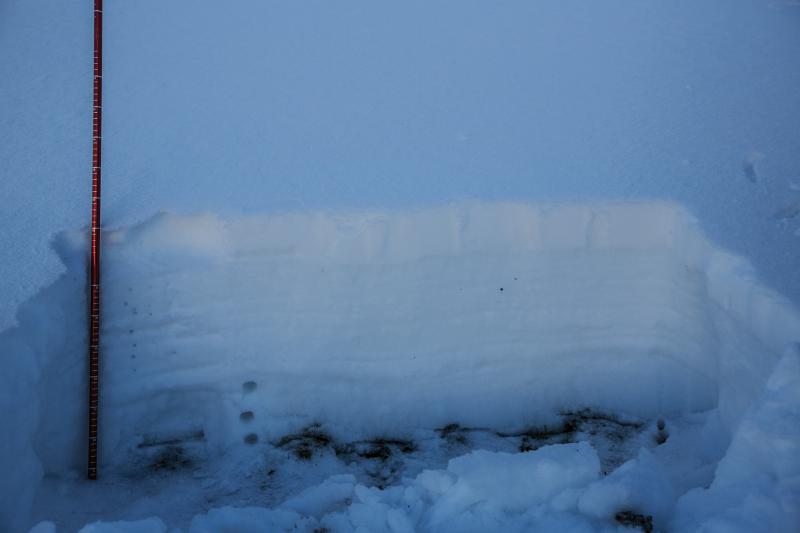 3000ft, Northern aspect, slope angle 27*, generally a windward aspect for this slope. The melt freeze layer is about 12 inches in this area. 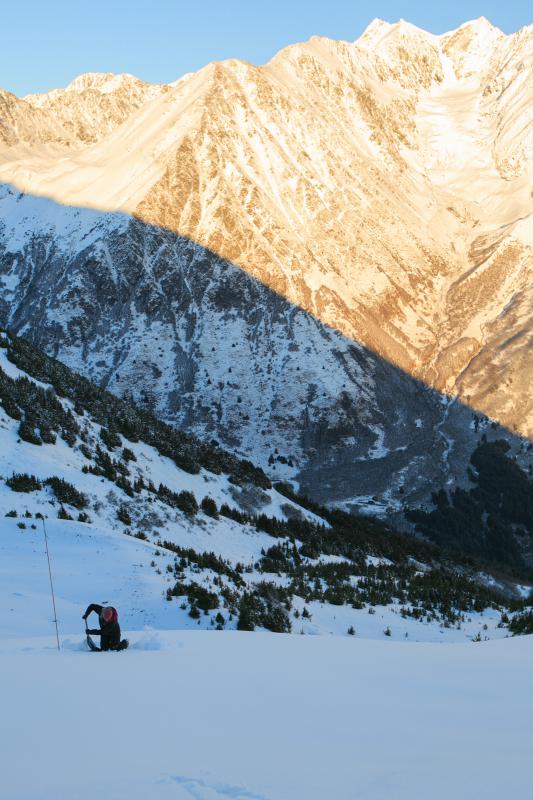 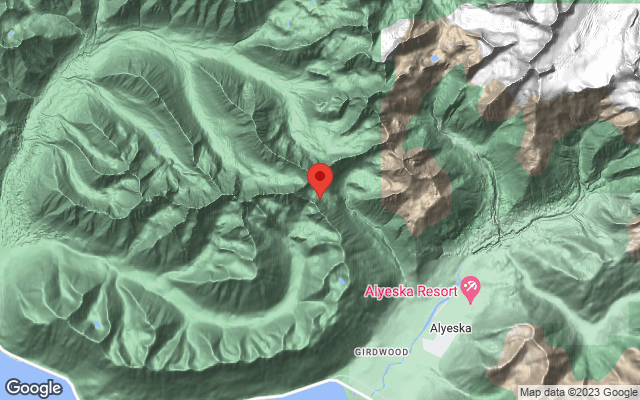