Skinned up to Rae Wallace bowl and took several snow depth measurements as recon for an upcoming field activity. Depths averaged around 100 cm with variances of 90-125cm within a 2 sq meter area.

Numerous avalanches from earlier in the week during the warm-up. A few were within a day. Several glide cracks visible on W and NW aspects of Marmot

Sunny and calm, temperatures in the low 40 in the sun.

There was 2-5mm hoar frost in the shaded areas up at Rae Wallace Bowl sitting on top of a 1/2 cm crust. At pit level there was a sturdier 1 cm crust. Rain runnels present in the lower elevations below the bowl.

Height = 113cm
Aspect = 285
Slope angle = 30 degrees
ECTN 14 (Q3) at 86cm (density change)
CT22 (Q3) at 78cm (density change) but I questioned whether there was a failure at 86 during the wrist taps or just significant compaction. Snow was so sticky the layers didn't want to move. In prying to clear the CT column, the next failure was at 35cm in a change from finger to pencil density)
I had expected to see a failure along a stout ice crust at 66cm, but it remained glued together.
Boot penetration = 30cm
Ski penetration = 8cm 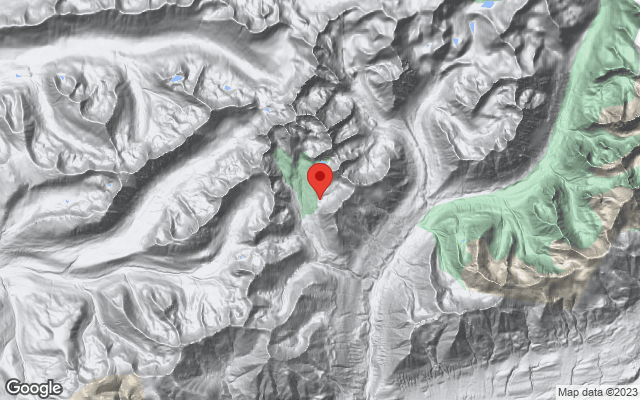