Weather: Changing throughout the day. In the morning, overcast sky with the
sun occasionally breaking through. Light NE breeze down below 1000′, with temps
in the 20s. At noon, broken sky with strong sun and continued light NE breeze.
At 4 PM, light snow falling from overcast sky, with a noticeable increase of the
NE wind. This snow dissipated by the time we returned to the parking lot at 5
PM.

Snowpack: Generally, SE and E facing slopes above treeline featured a
supportable melt freeze crust, occasionally with a small amount of corn on top.
Quick hand pits revealed a moist layer underneath that crust. On short pitches
of NE and N facing aspects, a supportable crust existed, but the snow beneath it
was dry.

Instability:
From prior to today, rollerballs and a small, wet point release were observed at
~1500′ on a SE aspect.

An extended column test was performed at the pit below, indicating propagation
potential of a moist, melt form layer 1 foot deep. A second pit 50 yards away –
on a similar aspect but with less snow overall – also had a positive ECT test,
with the failure at a deeper melt form layer (2 feet down). Both failures
occurred under hard pressure. 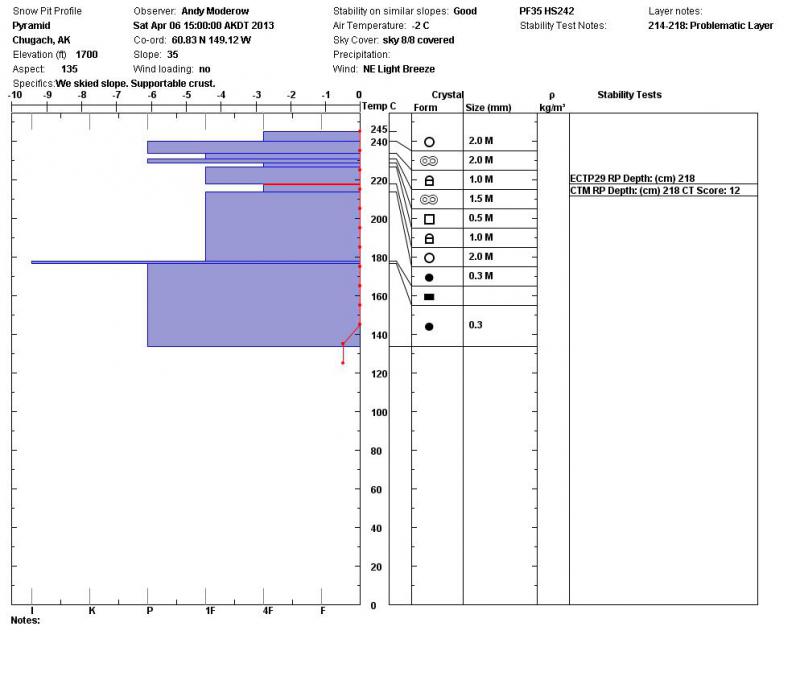 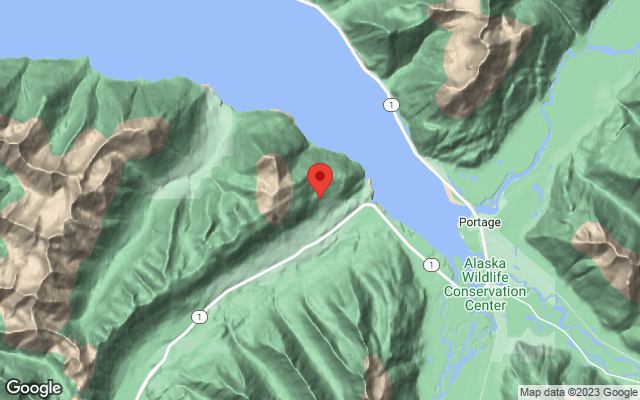