Went up presidents ridge skin track, dug a quick pit at the sub-summit at about 3400’ on a due south aspect and found the well developed depth hoar at the ground with a firm (~p+/k) slab on it, then the mid November facets topped with a soft slab (barely cohesive at ~4F hardness). The drizzle crust was a bit of a crust sandwich up there, unlike at lower elevations on the skin up. There was a few mm layer of soft snow between two layers (I suspect one of the layers to be a thin melt/freeze crust), and the very surface of the soft snow above the drizzle crust was also barely starting to form a melt/freeze crust. Snow surface was still dry while we were up there though (tour lasted 11am-2pm).

Riding conditions were surprisingly fast and fun. The crust didn’t cause too much trouble, even on 89mm underfoot skis.

First skier down triggered a D1 dry loose on top of the crust on a mid-to-upper-30 degree slope. The next two skiers through the same steep choke point triggered additional snow that ran in approximately the same path. The snow was fairly slow to initiate and somewhat slow moving and easy to manage on this slope angle. 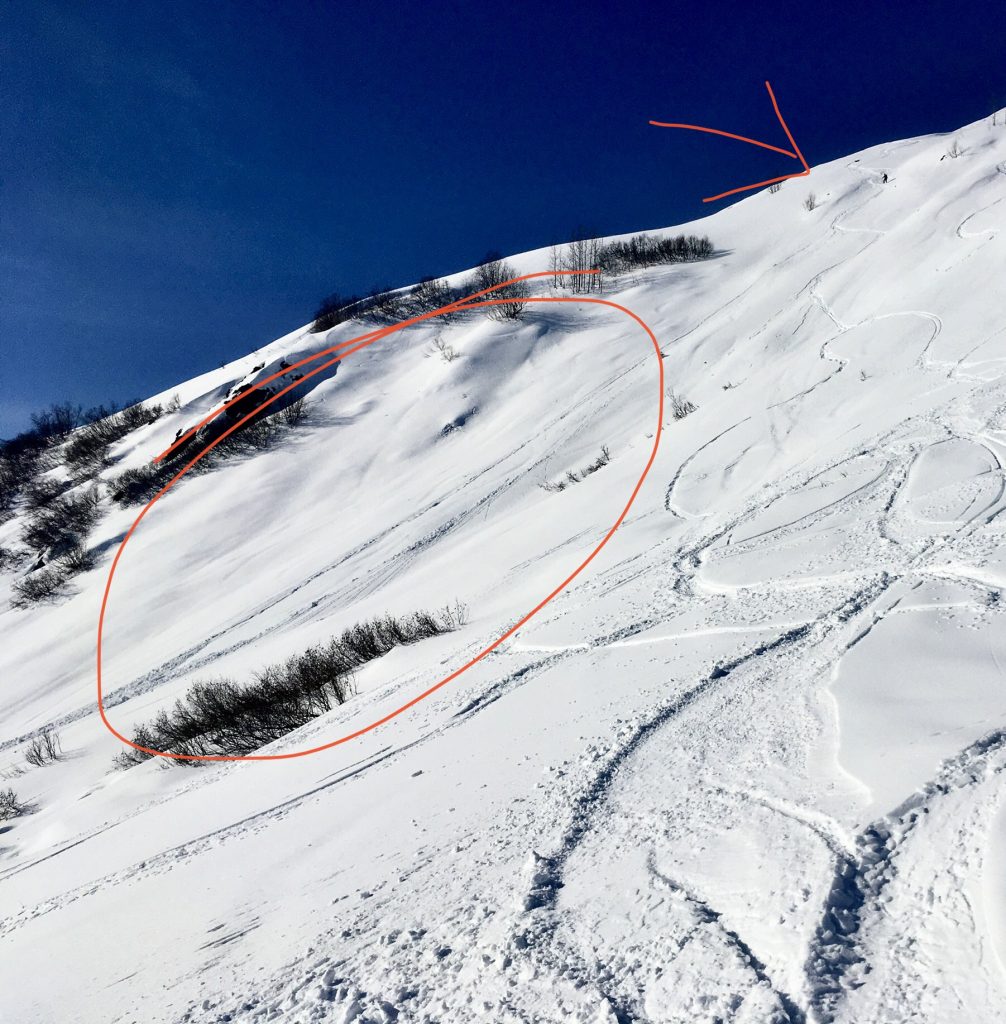 Circle is on dry loose avy. Arrow points to rider entering the steeper section of slope that triggered the slide. 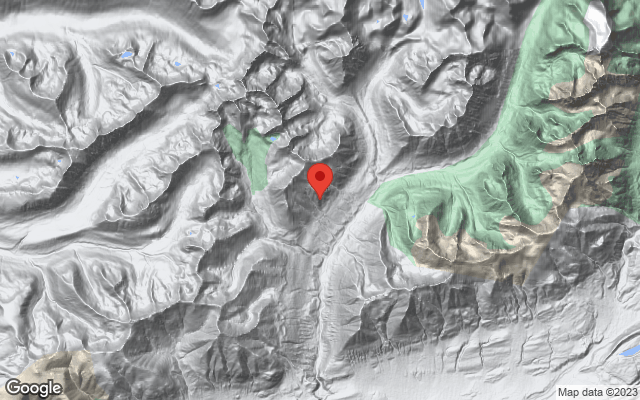