This is a summary of observations form several groups on different routes.
Overall Hatchers have gotten anywhere from 2-10″ on new very light fluffy snow over the last days, making for very good skiing. New snow amount increased markedly with elevation.

One group observed two collapses in areas with shallow snow on the SE side of 4068. No red flags on Presidents, 1000$ run, or near Gold Cord.

Southerly wind during the night between Sunday and Monday, had transported snow at mid-higher elevations, and scoured many ridges on Government Peak and Marmot. Todays forecasted wind hadn't materialized by mid-afternoon. Light snowfall throughout the day made for poor vis, but great skiing.

Most areas had a nice soft cushion of new snow, with some areas of soft to stiff windslabs, and scoured areas on ridge tops.

On Presidents there were scoured areas and areas of wind stiffened snow from cross loading. These pockets of wind-stiffened snow were not bonding well to the underlying, new snow and/or facets, but were all small enough to not be of concern in the terrain we skied. Similar on finding on the easterly aspects of 4068. Around Independence mine and 1000$ almost no wind effect were noticed, and the snow was deep and fluffy.
No formal pits were conducted. 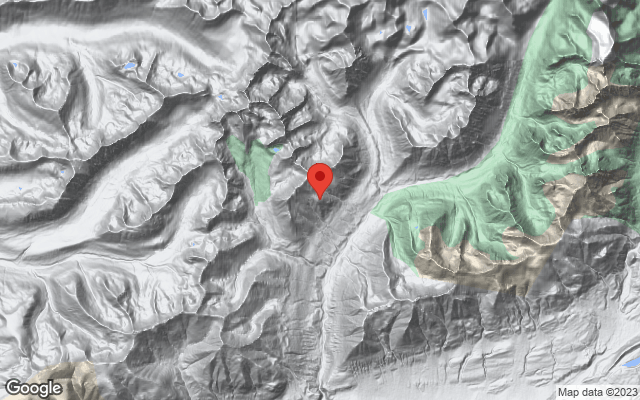