Common route up Placer Valley then up the gut to the Squirrel Flats zone.

Small (ish) pocket released with a snowmachine cutting on top of a steep rollover. Soft slab 16-20" deep, 100ft wide and running around 150ft. Weak layer is suspected to be the 3/16 buried surface hoar.

Sunny!
Calm winds and temps in the upper 30'sF.

A surface crust exists up to 1,400' or so. This is very stout until the sun softened it later in the day.
Above 1,400' the surface is very aspect dependent... Southerlies had a sun crust when frozen and softening by 3pm ish. Northerlies were soft settled powder.
There was significant wind effect above 2,500' and especially along the high peaks from the winds during the past several days.

We dug one pit at 2,200' on a NW aspect - similar aspect/elevation to the sled triggered slab.
HS was more than 12' (probe did not strike ground).
ECTP 21 and 23 on the 3/16 buried surface hoar (BSH) down 18". The BSH was 4-7mm in size and it was VERY hard to see in the pit wall. It was sandwiched between 4finger hard snow on both sides. The block really wanted to pop off given just a bit of a tug.
Bottom line: It is clear that the 3/16 buried surface hoar can still produce avalanches despite a couple days of mellow weather.

SUN: The sun was warming up the southerly facing slopes right around our departure. We started seeing roller balls from rocks in steep upper elevation terrain around 2pm and by 3pm the sun crusts were melting. I imaging there was some natural wet loose avalanche activity later in the afternoon. 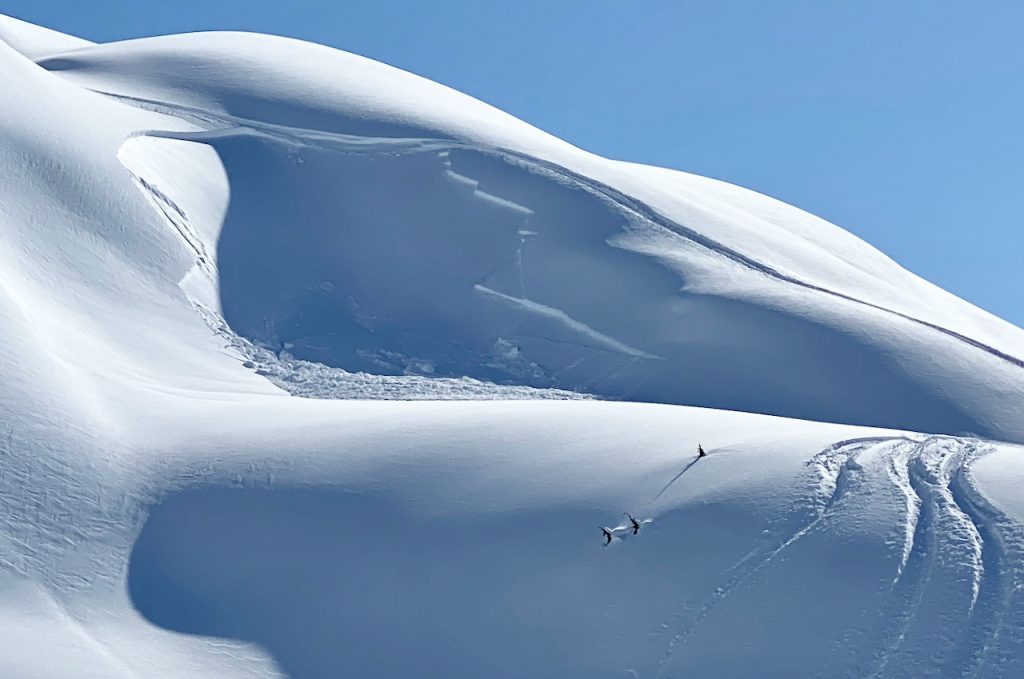 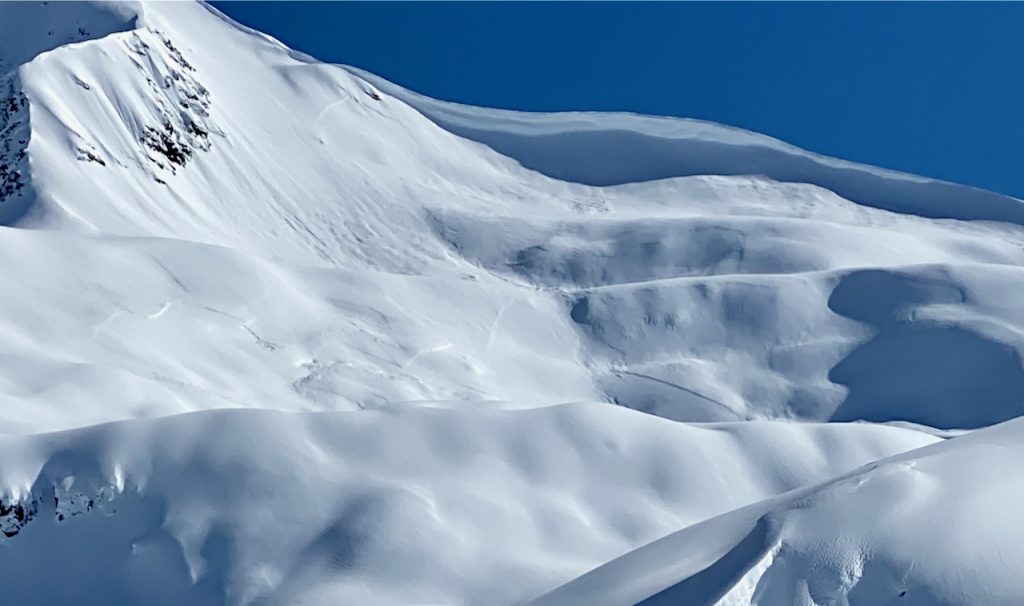 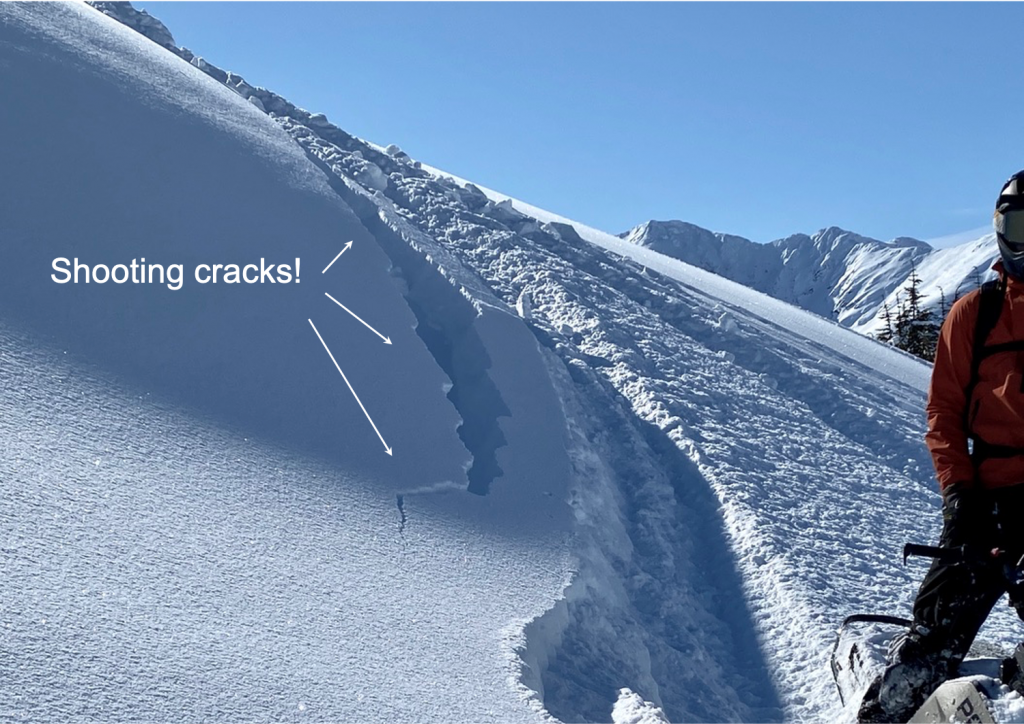 Shooting cracks on a steep rollover in Squirrel Flats 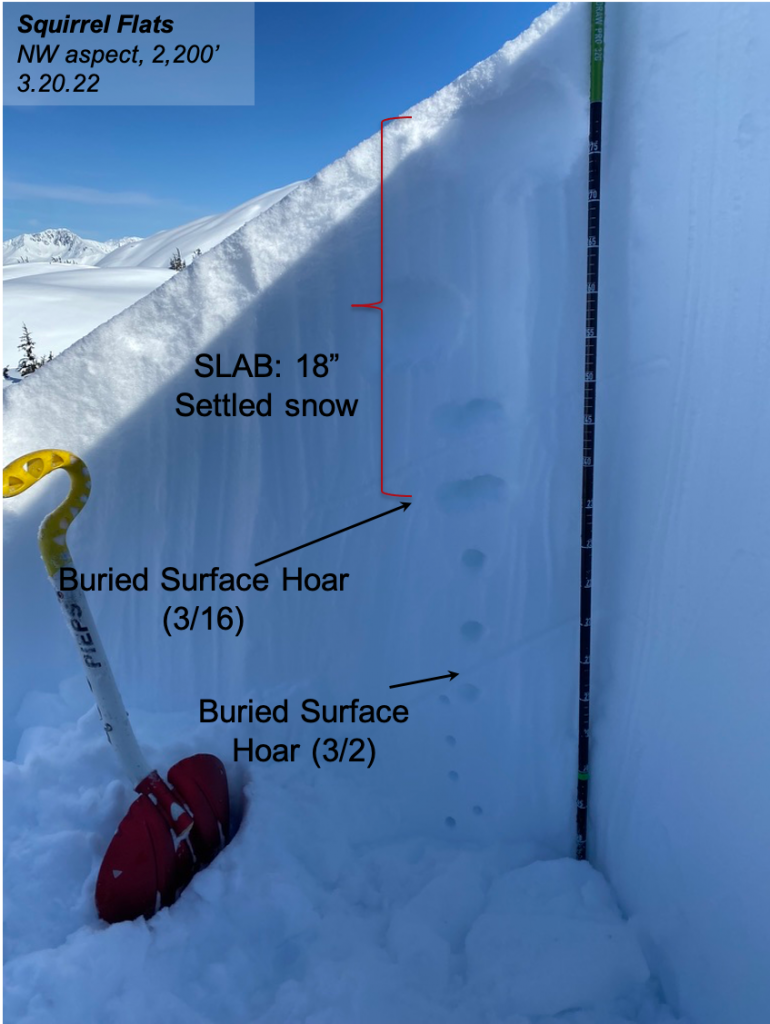 Snow pit with big two layer of buried surface hoar. The top layer (3/16) is the most reactive. 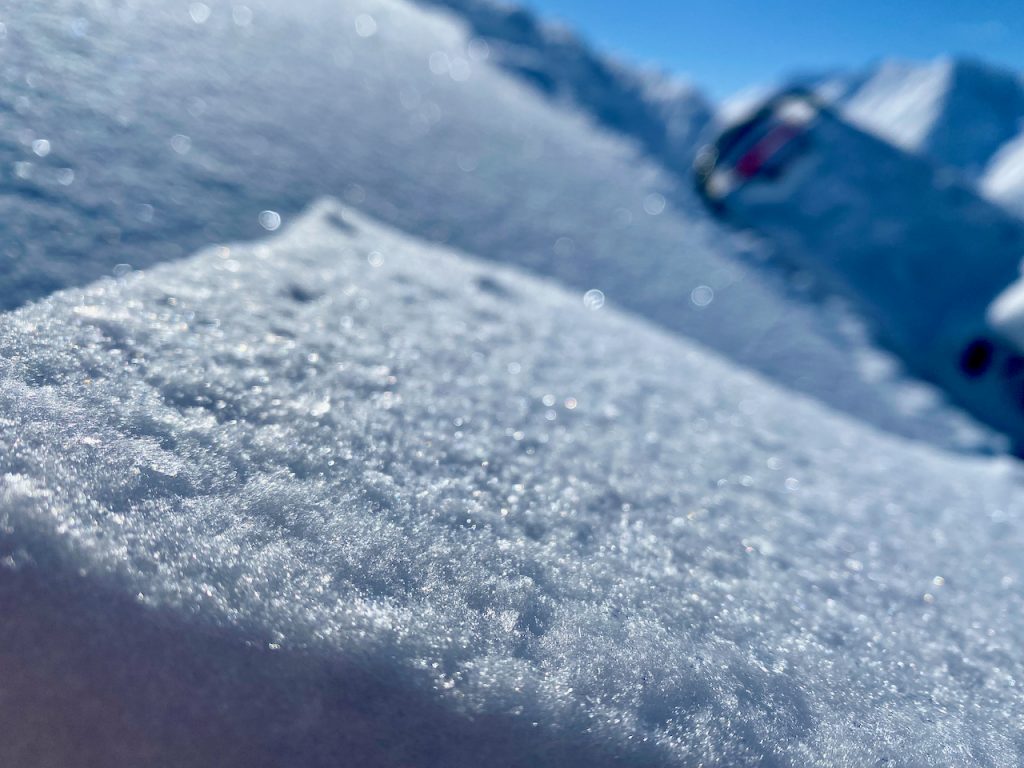 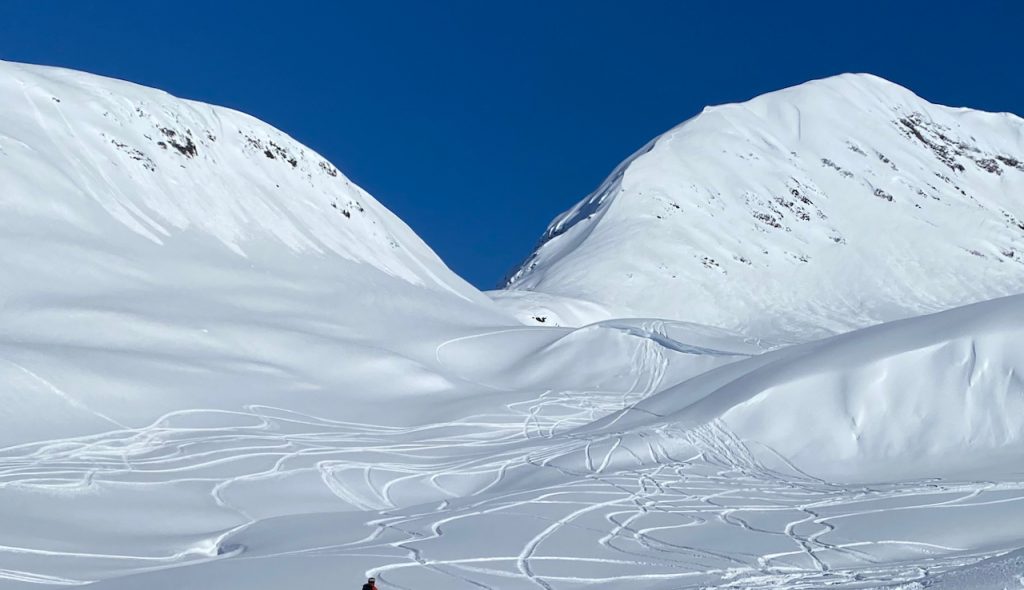 A lot of rollerballs and wet loose avalanches from the past couple days on southerly aspects. More likely occurred after we left around 3:30pm. 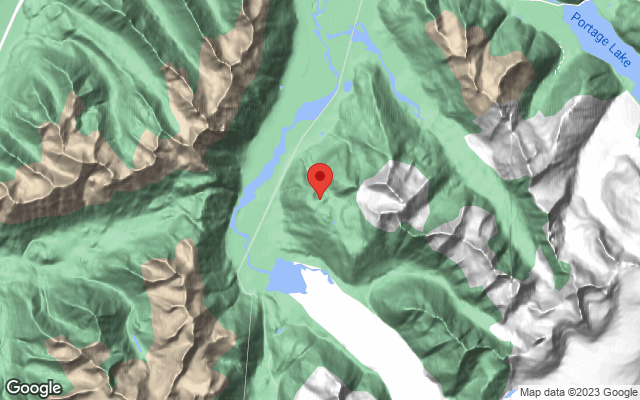