Here are a few pictures of RED FLAGS seen yesterday.

Widespread cracking and collapsing mainly in the new storm snow just above the
old snow surface. However, there are weaknesses at the new/old snow interface as
well. Specifically, some locations have buried surface hoar (lower elevation
trees) that were failing. Other areas saw failures in the near surface facets
just under the new snow.

As to above treeline, where the winds were greatest, no observations have been
seen/reported due to obscured skies. 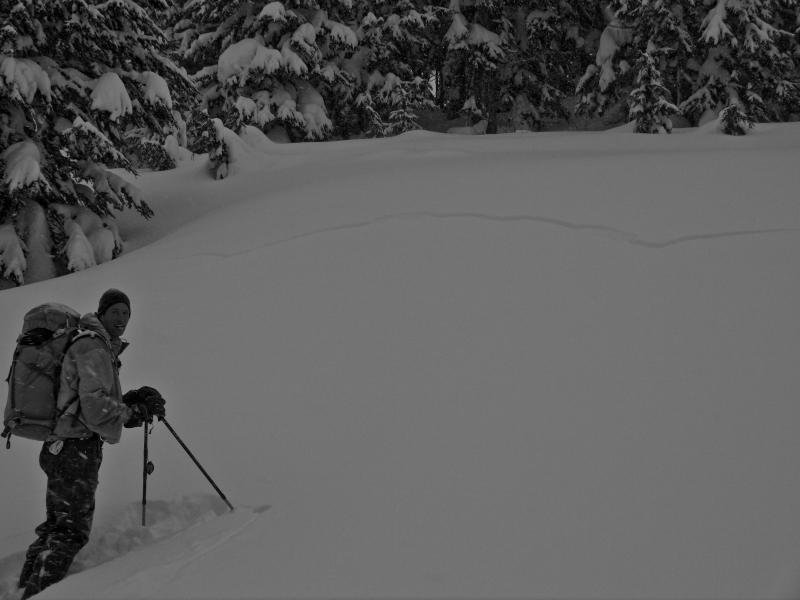 Tucker Chenoweth photo: Skier remotely triggeres this crack above him on a shallow small slope in the Eddies trees. 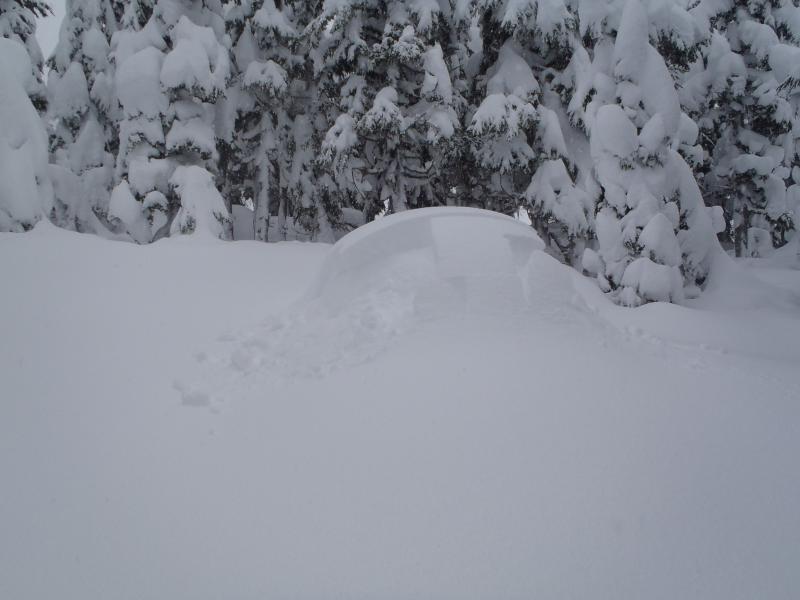 Kent Scheler photo: This pillow of snow was remotely triggered (expolded?) from 50 feet away - Eddies trees. 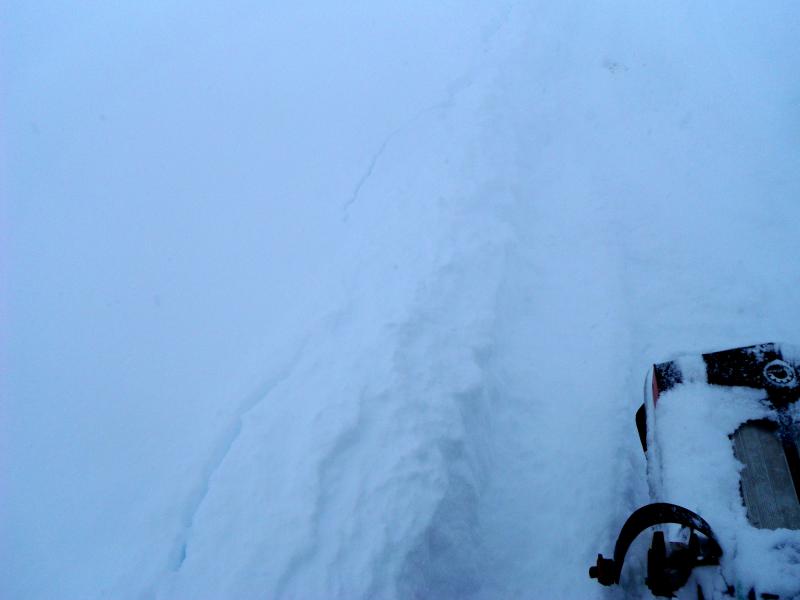