IM parking to Rock Garden to Far Side (Dark Side) and back.

Recent strong winds, 1/6-8, at upper elevations have transported what little snow was available and built 1-8" thick slabs on leeward aspects, generally SW, W, NW. Only one observed natural avalanche on Marmot, see picture. Winds at the mid elevation band have also transported snow, but winds were lighter and only formed slabs 1-2" thick. At low elevation winds had much less effect and there are areas where the snowpack is soft and weak, almost completely faceted.

Winds at the upper elevations on windward aspects, generally E, SE, S have severely scoured slopes leaving wind pressed snow and sastrugi. Ridgelines are scoured down to the ground.

A trace of new snow overnight. Precipitation Particles 0.5mm.
A wind crust was widespread, thin, and breakable at 3000'-5000'. Few locations had supportable crust.

Generally low coverage, low tide. HS in Pinnacle Valley ranged 30-130cm at 4200', at 4800' 30-180cm. Where boulders normally have decent coverage allowing for skiing over the tops of them, this is not possible now. Southerly aspects at upper elevations were raw, showing so much rock in some places (due to wind scouring this season) that they appear un-skiable right now.

Wind formed slabs 1-8" thick sitting on PP produced localized cracking today up to 2 feet long. No ski cut results on these slabs at NW, 4800', the most likely location for this problem.

Looking under the hood, mostly a faceted, weak snowpack. Poor structure, but high strength, low propagation in ECT's at 3700' in flat terrain in a study pit. This is consistent with our interpretation of the increased stability.
While stability is generally good, we know that the structure can allow for avalanches in isolated locations where stiff slabs sit over weak PWL's.

Overall impression is that the snow quality and coverage does not justify the risk of either smashing into rocks, or for potentially triggering a persistent slab, or both. Our adjustment to run selection has been and continues to be moderate slope angles, gentle runnouts lacking terrain traps, and finding slopes that appear to have the best coverage on the northerly side of the compass, and avoiding southerly, steep and rocky slopes, with shallower coverage, at the upper elevations. 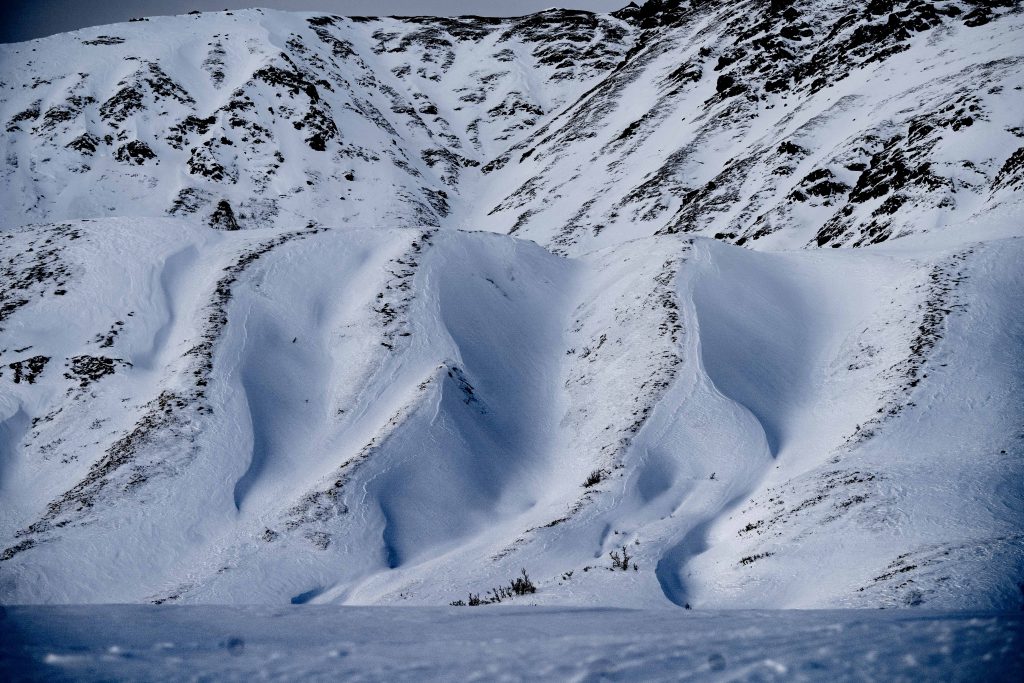 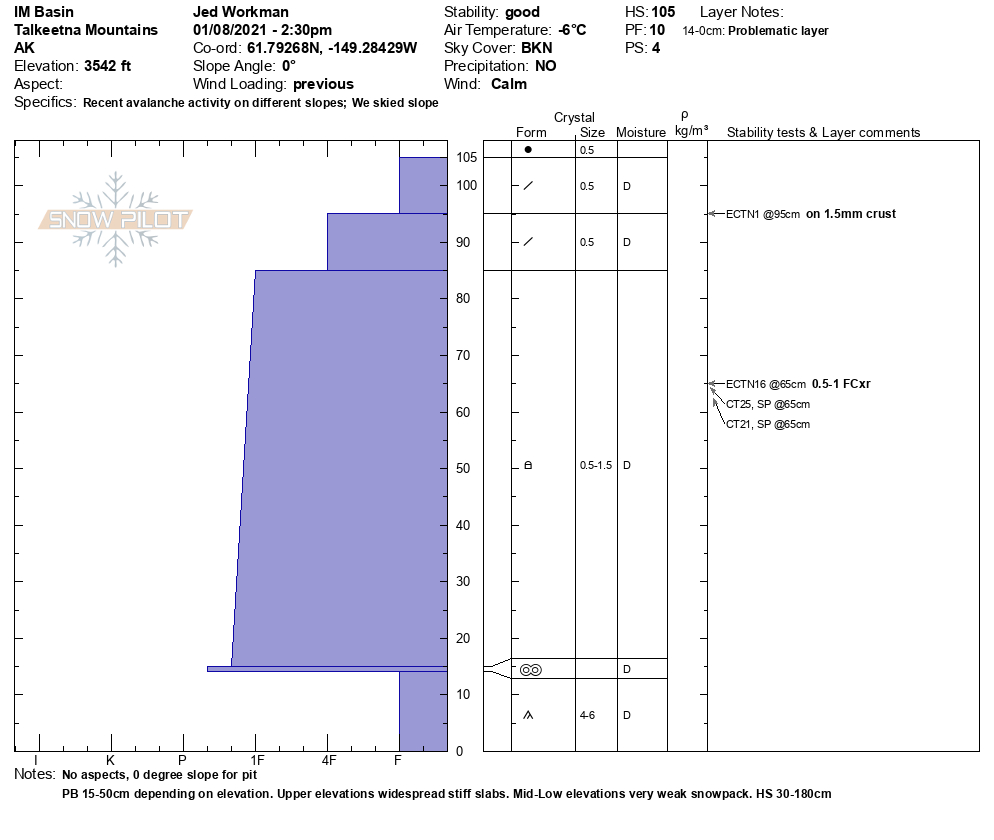 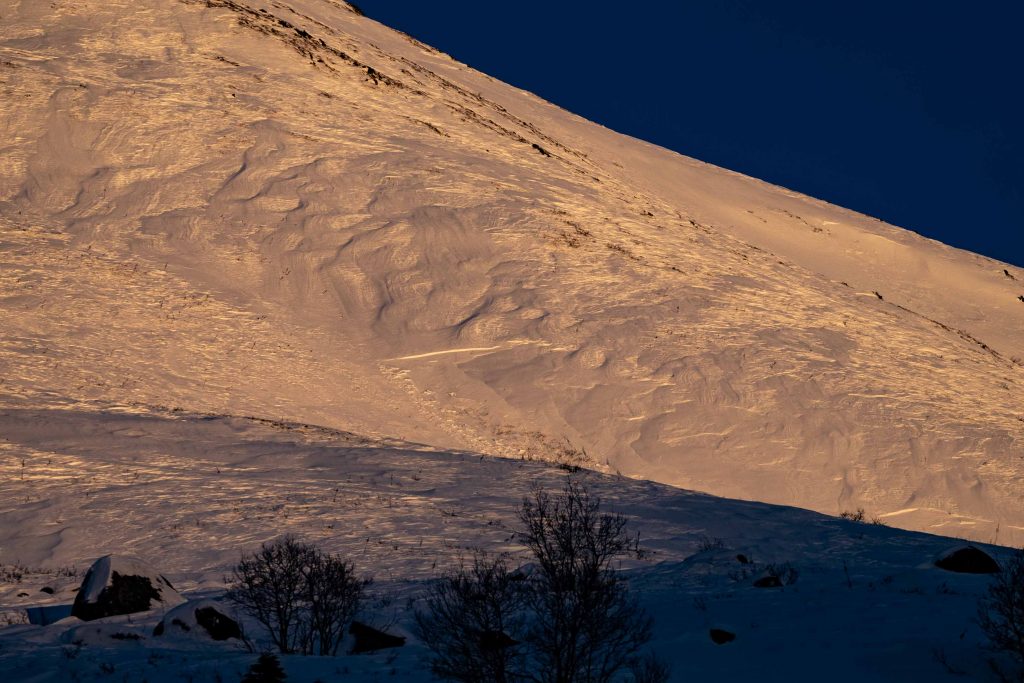 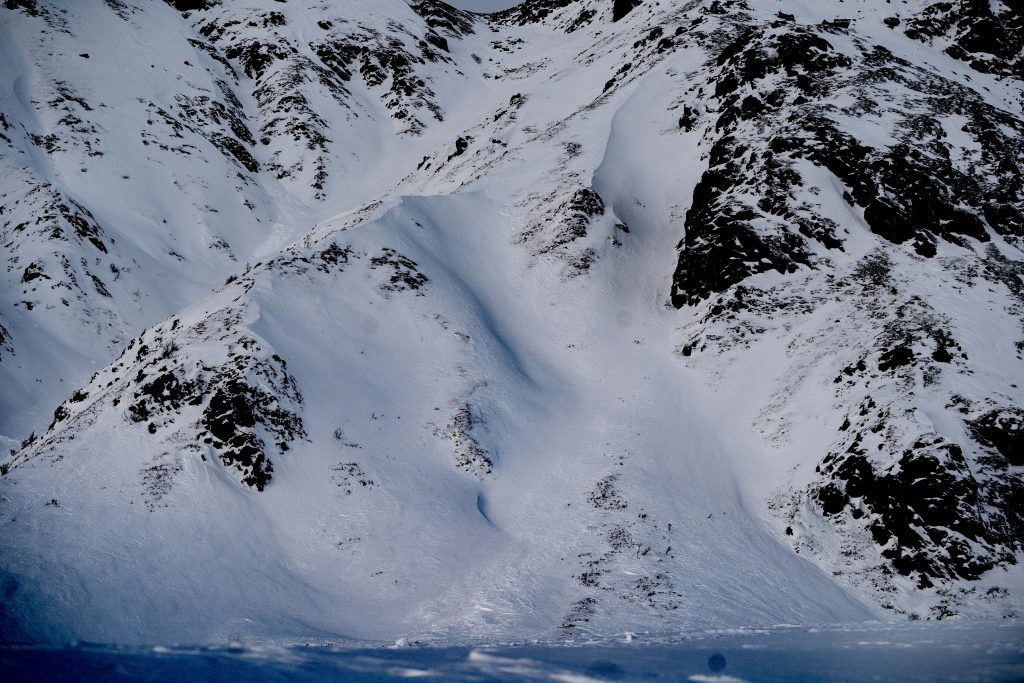 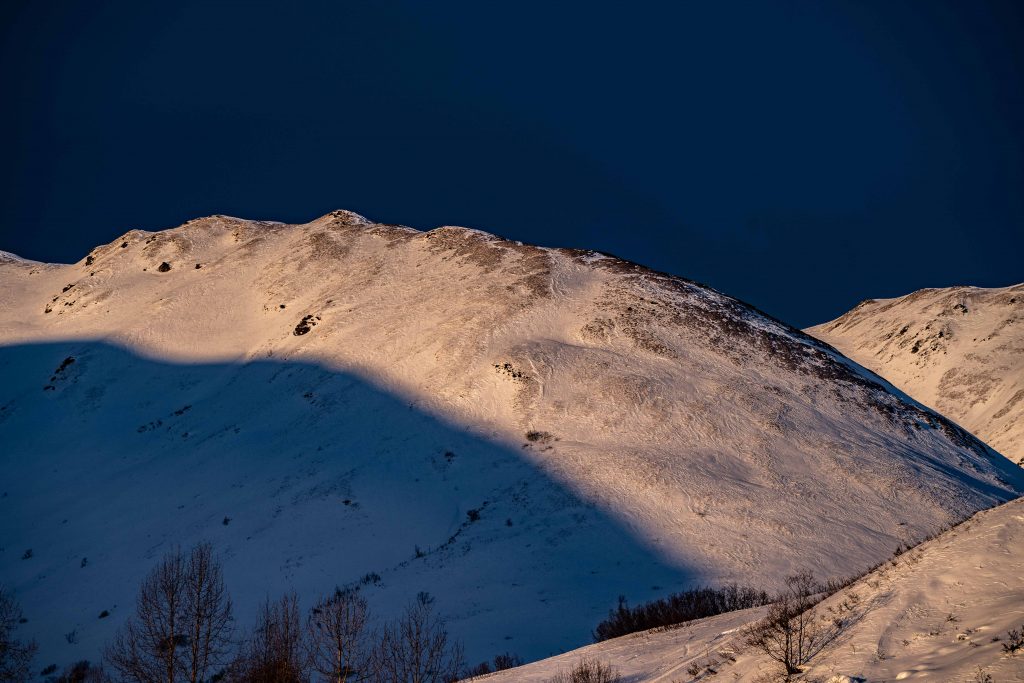 East ridge of Hatch Peak, the "Powder Pimple". not so powdery 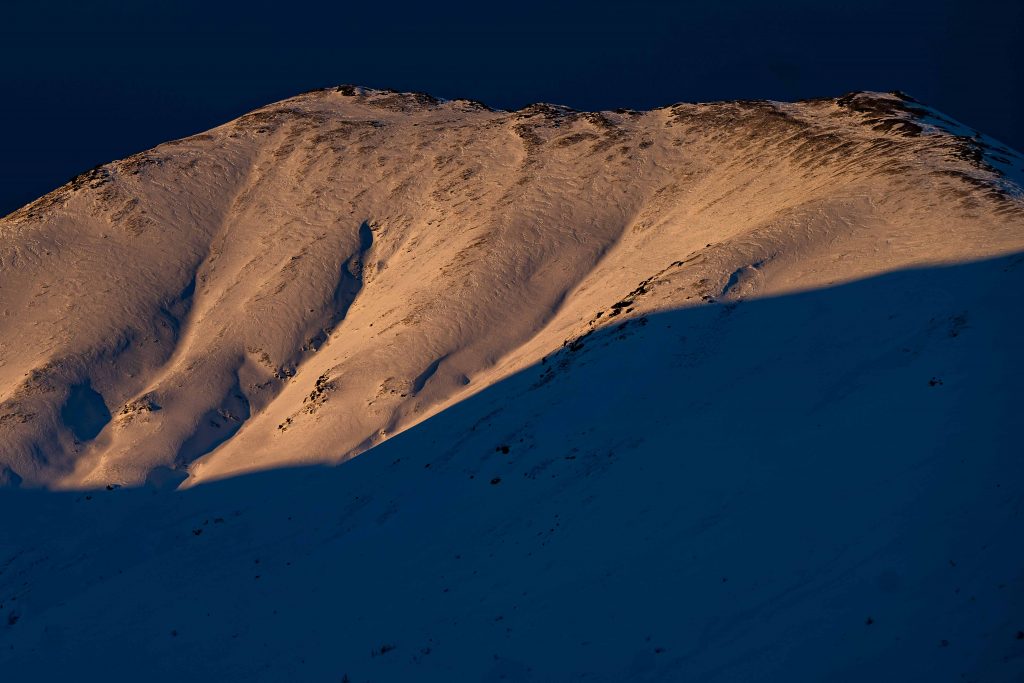 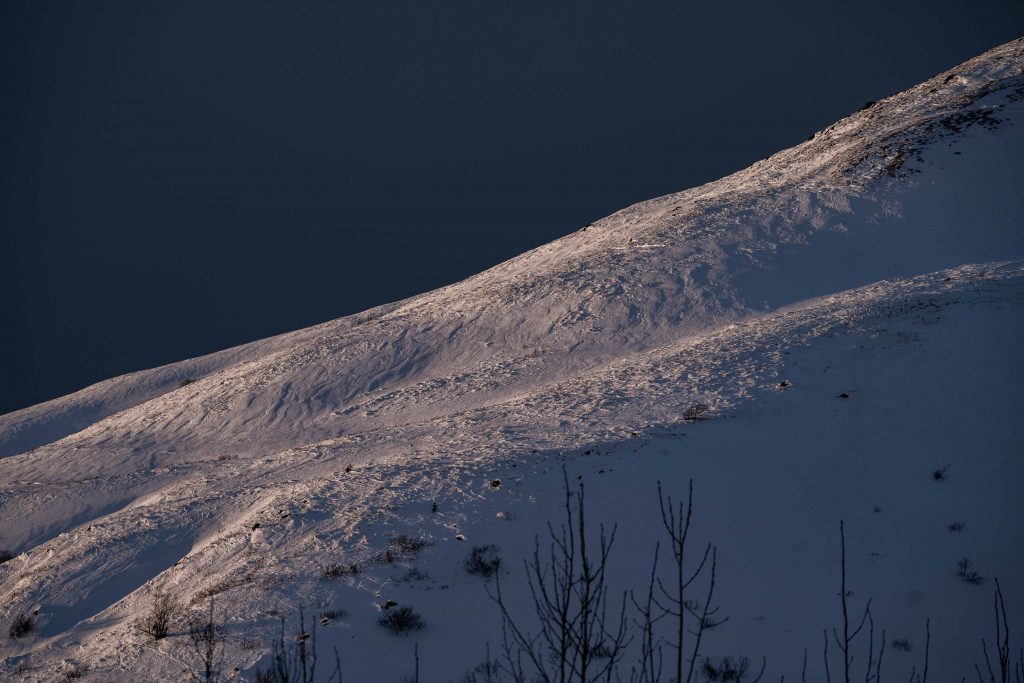 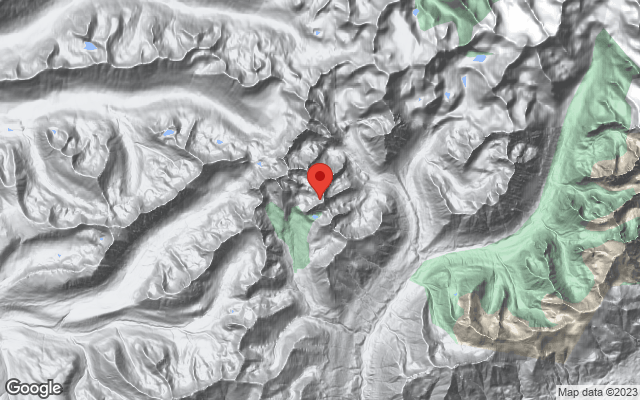