Quick Test Pit dug on Petes’s south approximately at 3100 feet on the SW aspect of the ridge. Slope angle of 31 degrees with a total snow depth at 175cm. (Pit was in a shallow portion of snowpack near ridge top.) A CT24 Q3 at 35cm of interface of new snow with the near facet layer. An Extended column Test resulted in an ECTX. Skied SW aspects of slope with small/moderate skier trigger loose avalanche sluffs released while moving through or jumping rock bands. Observed patchy formations of new surface hoar 1-2mm in depth at 1600-1800ft in the benches near tree line. 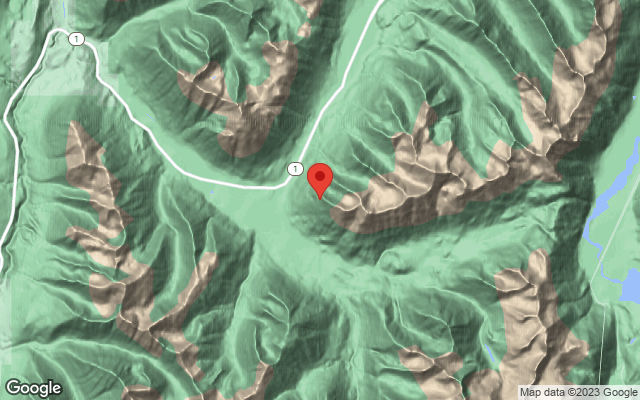