Weather: Clear skies all day, light winds. Temperature ranged from 15f in the
shade to 25f in the sun. No snow transport visible on nearby peaks. Very
strong sun!

Snowpack: Surface hoar ranging from 2-3mm observed all along our route, with
crystals surviving the sunlight even on SW aspects through 4 PM. 3-4″ of low
density powder sat on top of a layer of varying hardness; ski pole tests always
showed a right side up snow pack.

Instability: Loose snow avalanches observed on the S aspect of Pete’s North.
At the back of the valley between Pete’s North and South, a cornice break had
triggered a small slab some days before – the slab didn’t run far, but the crown
face was visible. Snow had covered the debris, meaning that this failure
occurred Sunday or before. Minor skier caused dry snow sluffing on steep
rollovers. No collapsing, whumphing, cracking, or new avalanche activity
observed.

Snowpit: A snowpit location was chosen on a Northwest aspect where the snowpack
was shallow, to look for the late January crust and to analyze ground level
facets. Results are included in an image below. 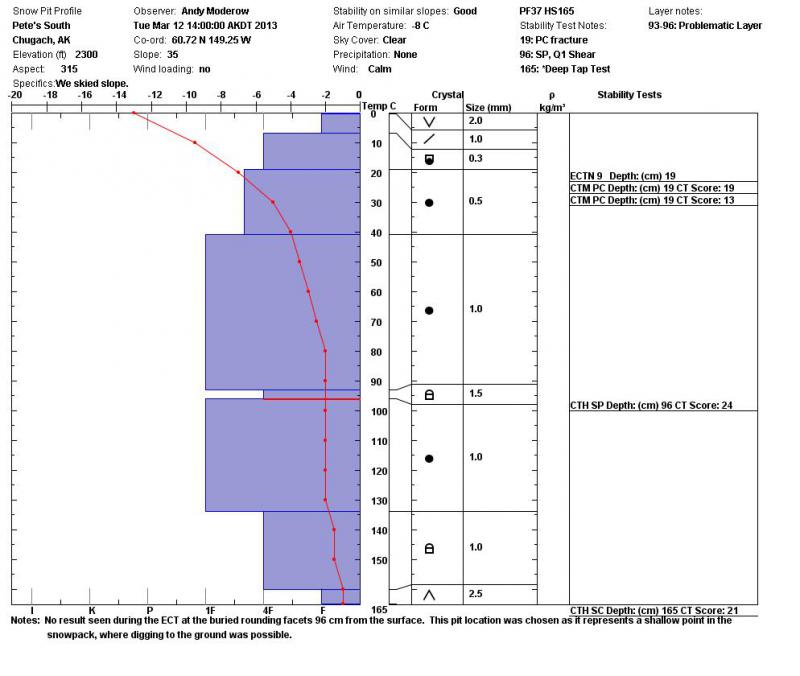 Snow profile dug on a NW aspect of Pete's South, where the wind left a shallow snowpack 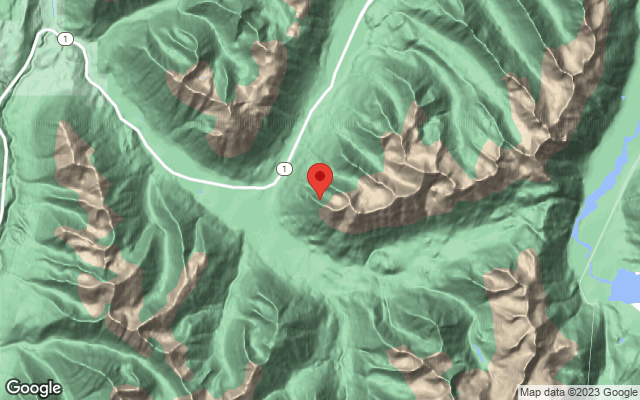