We followed the forecaster skintrack trench up Pete’s South shoulder to EST 2700’. A fog bank sat near the summit crest in the AM, but generally we had good vfr vis.
Breakable crust guarded the lowest 500’, which quickly transitioned to deep, moist storm snow that dried up further uphill. About 3-4” covered the track from yesterday.
We dug our first pit below tree line (1500’), noting a CT12 sudden collapse at the new snow interface (~40cm).
This layer failed to propagate during the ECT, and roughy broke on the 26th “tap”. The too 15cm were lighter than the rest of the storm layer.
Struck by a moment of enlightenment/madness, I quickly scraped out the sides of the pit face, forming a pseudo rutschblock test. When skinning over this isolated block, one stomp cleanly brought down the entire layer of storm snow.
This was reproduced elsewhere on pillows, above cliffs and other unsupported features that easily shed their new snow when skinned/skied above.

A second pit was dug at 2000ft near the tree line. Here, winds have densified the top 10cm decreased the height of new snow. Again, the ECT failed to identify any instability. Traveling up the above tree line ridge, hand pits showed lots of variability with isolated pockets of soft wind slab formation (~15cm) that easily sheared off next to unconsilidated storm snow. No wind slab pockets pulled out when skiing the ridge.

The increased density/strength of the above treeline snow made for better ski conditions lower down.

Happy to trade obs for skin tracks in the future!

Also, avalanche debris flow was spotted on Pete’s South around 1500’ from our highpoint, but the crown wasn’t visible from our location. This slide might be visible from the highway, and would have required a deeper layer to entrain that much snow. 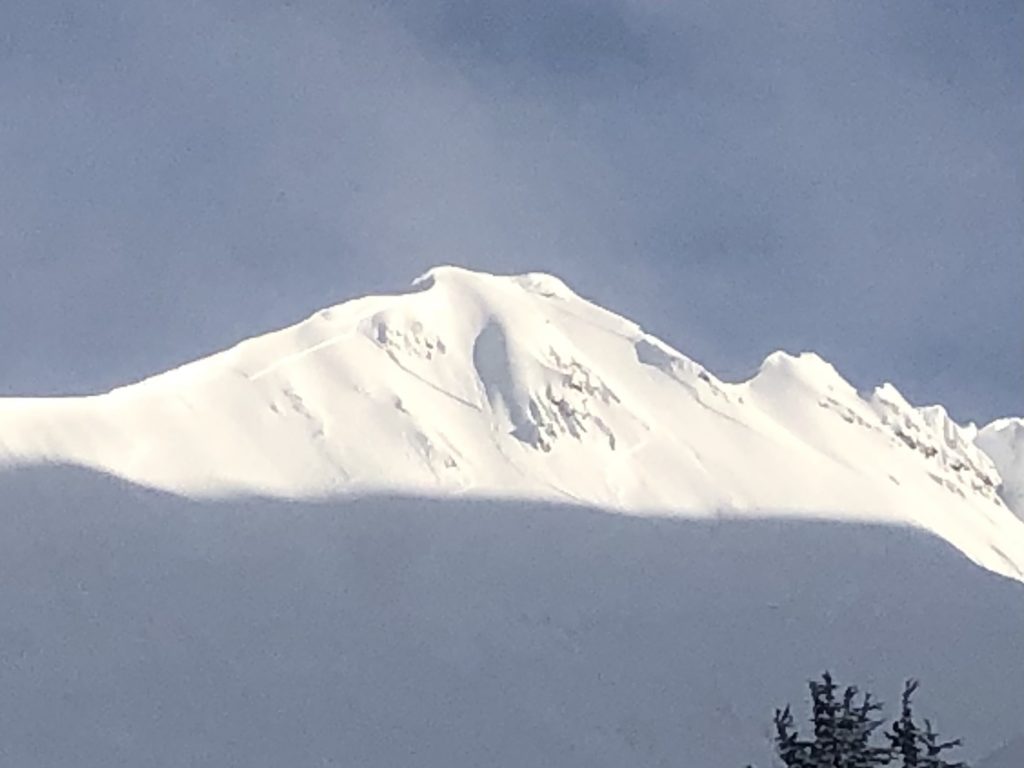 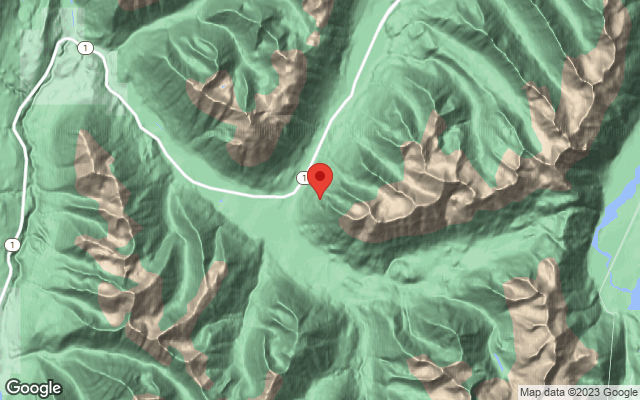