We hiked up to the crown of yesterday’s very large remote-triggered avalanche on Pete’s North. The avalanche was 2-4′ deep, 300-500′ wide, and ran 800 vertical feet. The avalanche failed on a layer of near surface facets that was buried by this week’s storm.

This hard slab avalanche was triggered remotely from low angle terrain to the side of the path roughly 300' below the crown. The skiers were safely to the side of the path and luckily were not caught in the slide. The avalanche propagated about 300' wide, with some pockets releasing sympathetically up to 500' away. The avalanche was 2-4' deep and ran for 800 vertical feet. It failed on a layer of near-surface facets that was most likely at the 3/22 interface. It was a little surprising not to find surface hoar as the culprit, but this wind-exposed ridge may be an unlikely feature to harbor an intact layer of surface hoar.

Some takeaway messages from this avalanche (and from this most recent cycle in general):

- It really is possible to trigger an avalanche from the flats. Event though you are not on a steep slope, you can still very much be in avalanche terrain if there are steep slopes overhead. This cycle in particular has been an eye opener for just how far some of these things can run.
- This avalanche wiped out the skin track the group had just set, and if they had found the 'sweet spot' just a few minutes earlier this could have been a deadly incident.
- The weak layer that was responsible for this avalanche did not give us any results in stability tests right next to the crown. Stability tests can be a good tool to talk you out of getting on a slope if you get unstable results, but should not be relied upon too heavily as a reason to encourage getting into steep terrain.
- There is a lot of weight and a lot of snow on some suspect weak layers, and it will take time to heal. It won't settle out as quick as your typical storm slab issue. Skiing and riding conditions are good right now. Enjoy the low angle powder far out of the way of avalanche paths for now, until these buried weak layers gain some strength.

Light northeast winds with moderate gusts were moving a lot of snow above treeline. Light snow all day did not amount to any measurable accumulation while we were out. Skies were cloudy, so we did not get a great look around at other activity.

There was a crust up to about 1700', with mostly dry snow above that. The crust had a heavy trace of wet snow on top of it. Ski penetration was around 6" above treeline.

The avalanche failed on a layer of small near-surface facets that was about an inch thick and 4-finger hardness. That facet layer was sitting on a 1-finger hard layer that was most likely a melt-freeze layer from earlier this month. It looked like this would have been the 3/22 interface, but that high ridge is so wind exposed that it was really difficult to pick out different layers in the pit profile. We did find one other failure plane with a shovel shear that was about 3-4" below the bed surface. That may have been the 3/16 interface. 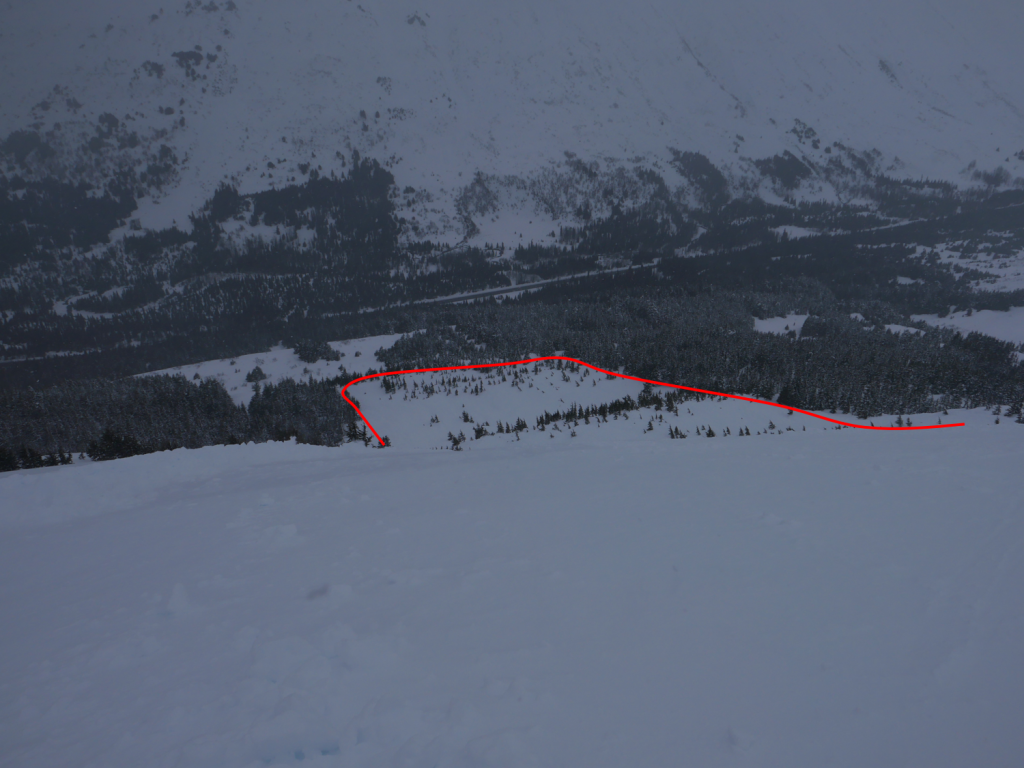 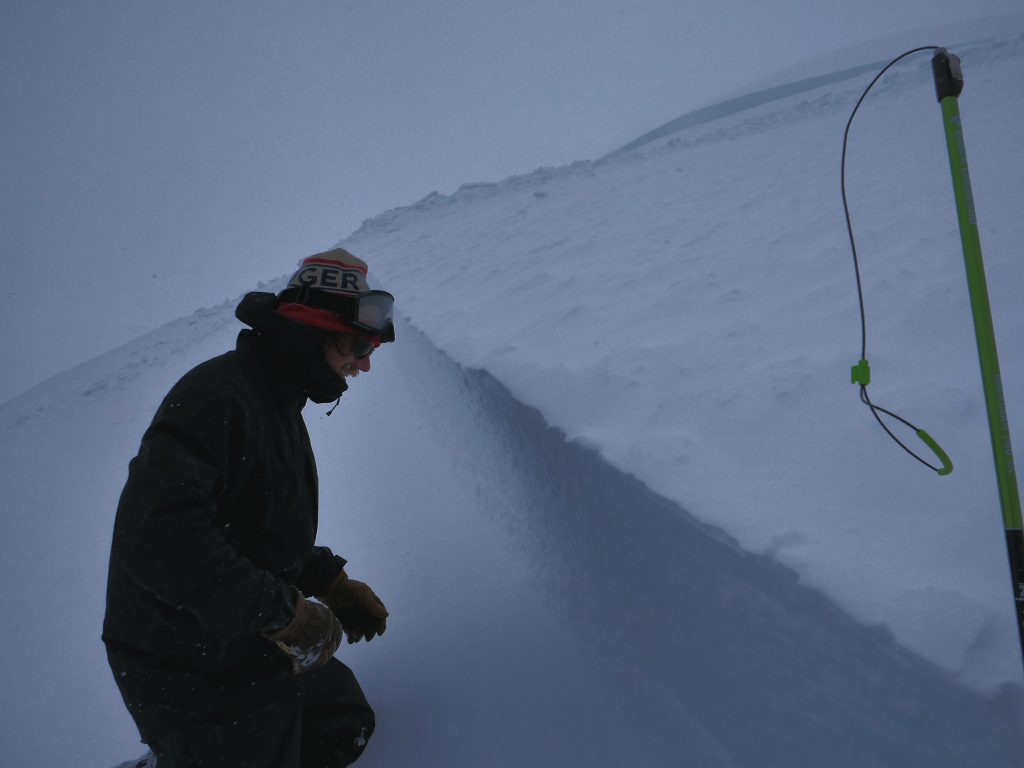 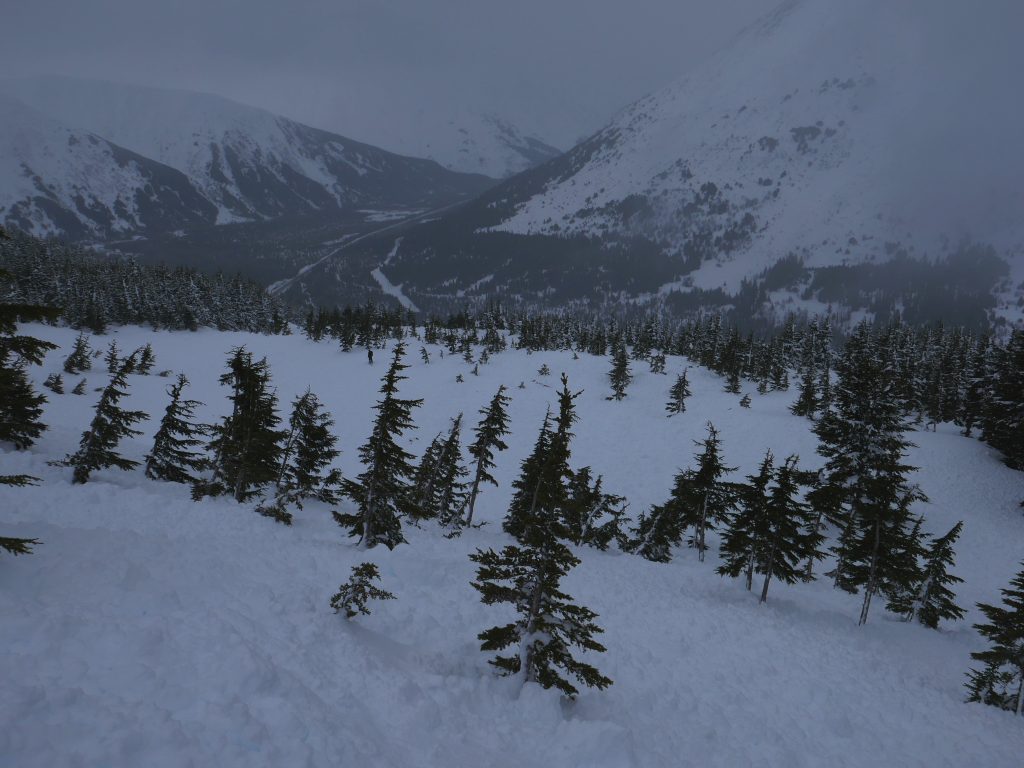 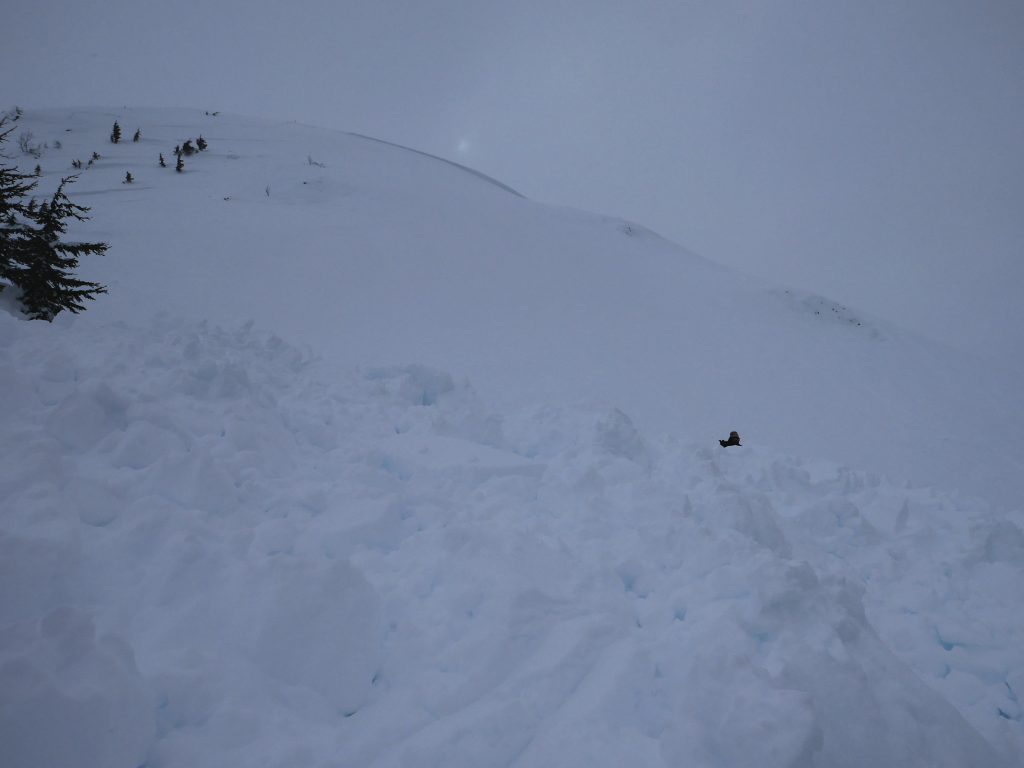 Looking up at the crown mid-path, not far from where the avalanche was triggered. 03.27.2022 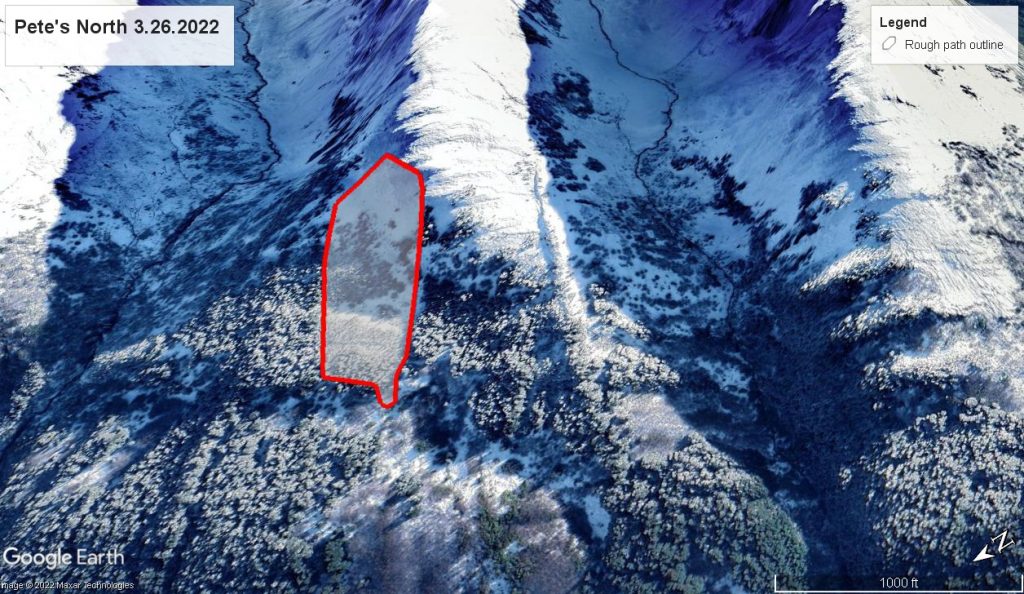 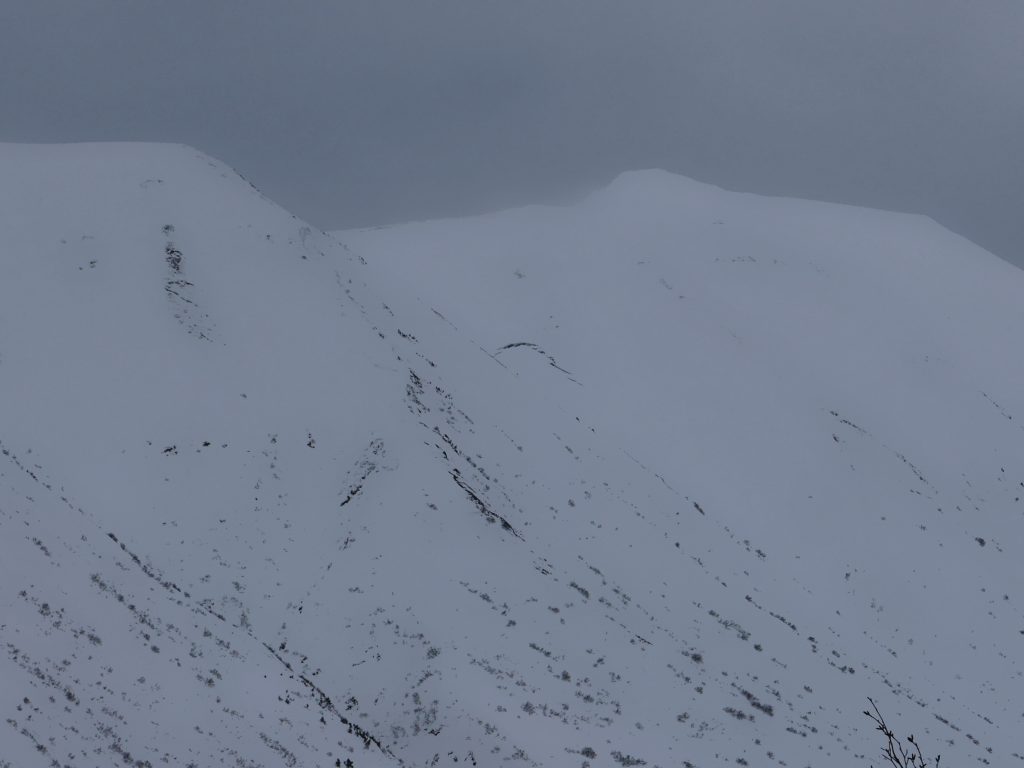 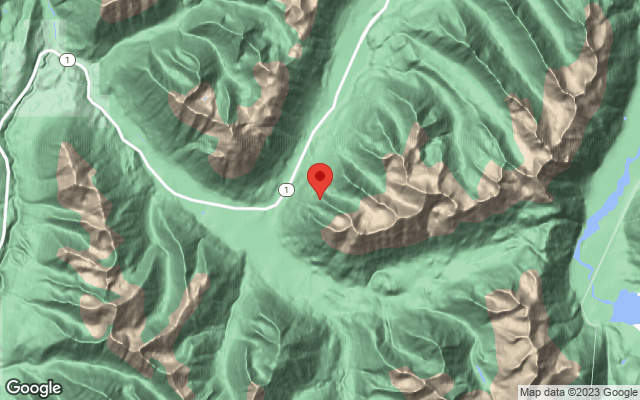