Toured up to treeline along the normal uptrack of Pete’s N to look at storm totals and see how the new snow was bonding to the old snow surface. Saw some large wet slabs along Seattle Ridge on the drive up that were from the past two days or so. Also had some natural avalanches release on the north aspect of Pete’s South while we were digging a pit on Pete’s North.

Several recent natural avalanches on the north aspect of Pete's S, one of which we saw release while touring on Pete's N. They looked to be failing at the interface with the old snow. The debris started dry but looked wet as it descended to lower elevations. We couldn't see any obvious active wind loading at the time the avalanche released, but the visibility was pretty poor. There were 4-5 crowns on this aspect that were similar size.

Also saw some wet slab avalanches along Seattle Ridge, but are unsure if they were from today or yesterday. See photos for more details

Light rain turning to snow around 2000' with light winds.

Wet unconsolidated snow from the trail head up to about 1500'. Between 1500' and 2200' there was increasing amounts of wet storm snow up to about 12" at our high point.

We dug a few pits at treeline around 2200' on a west aspect. The new snow was wet for the upper 3" or so and then moist below that down about 12". It was sitting on a partially frozen melt freeze layer that was about 4" thick. We did not have ECT propagation above the melt freeze crust on our pits. There was a layer of surface hoar that caused a clean shear in our snowpit about 3' down but it was not reactive in our stability tests. 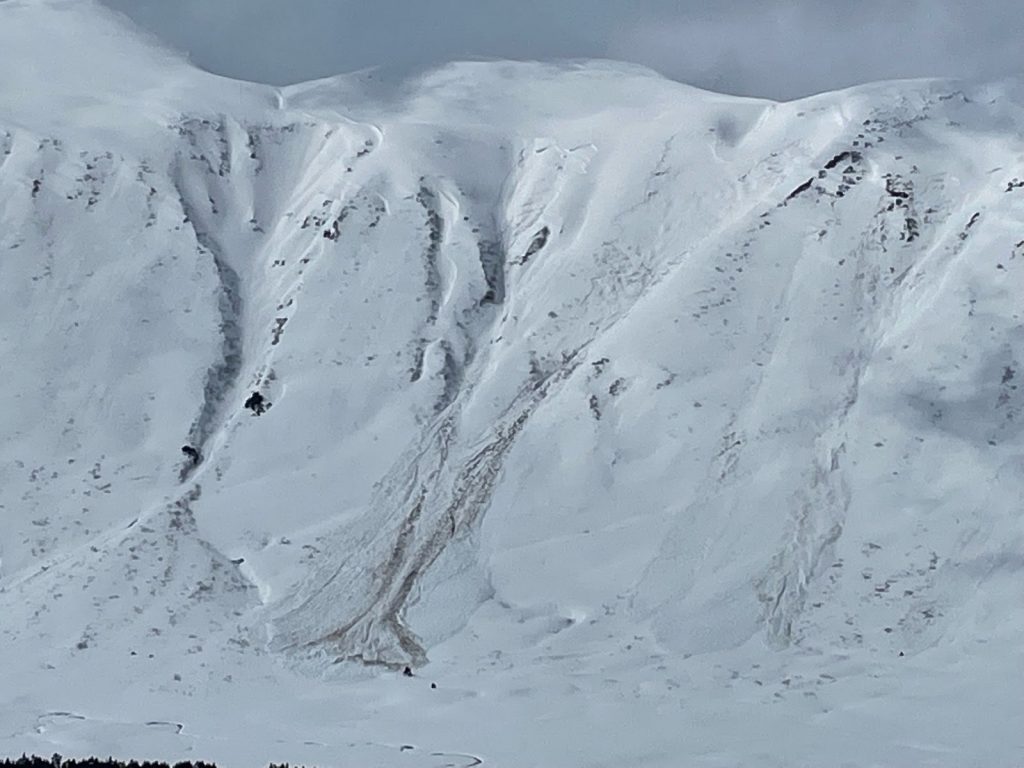 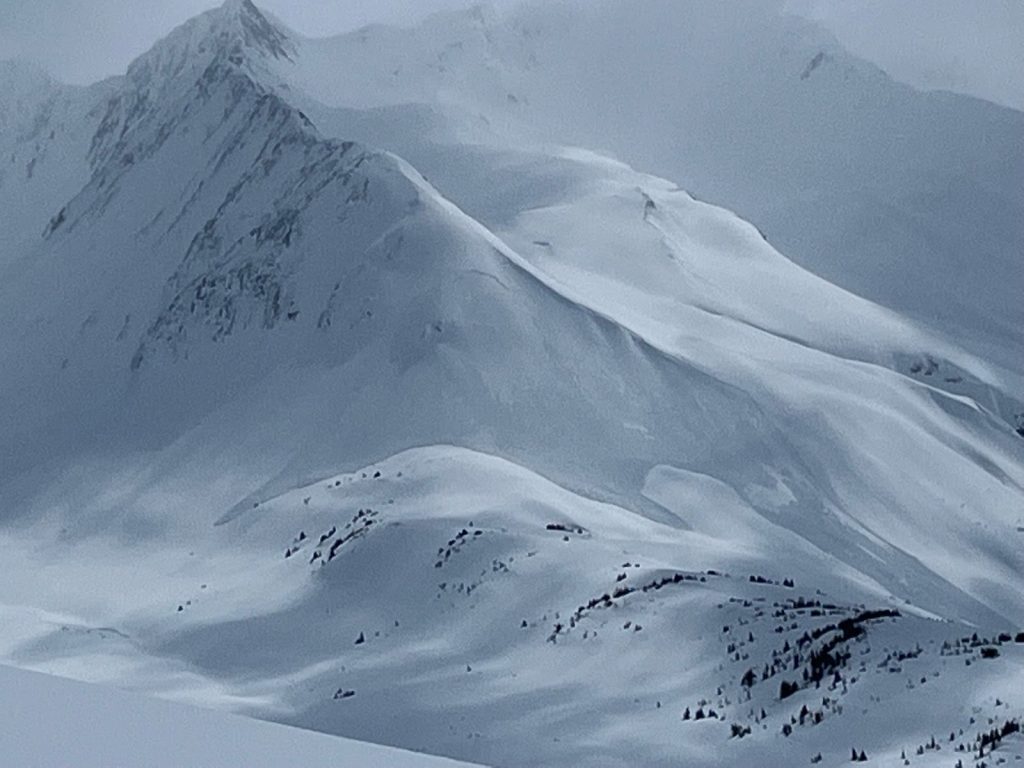 Large storm slab at the end of Center Ridge at ~2600'. Photo from Jason Koenigsberg 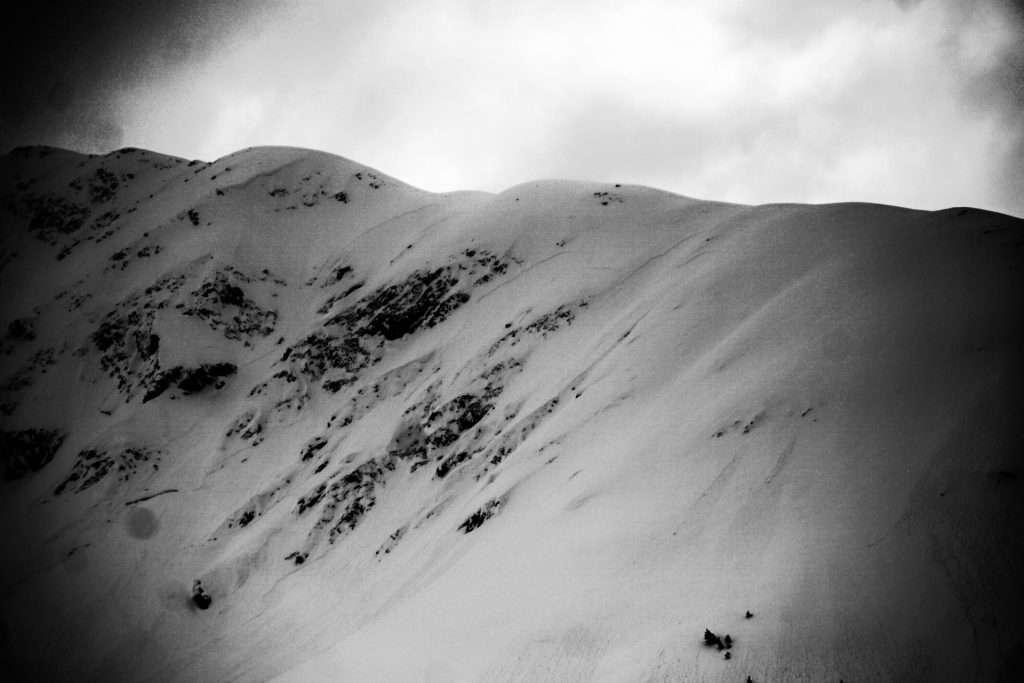 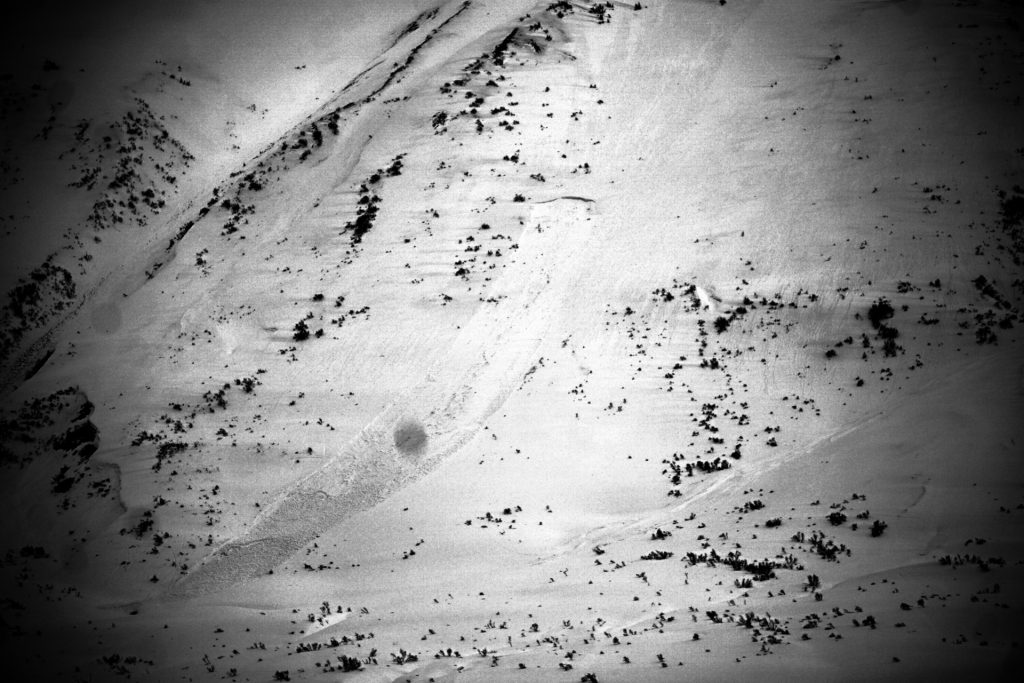 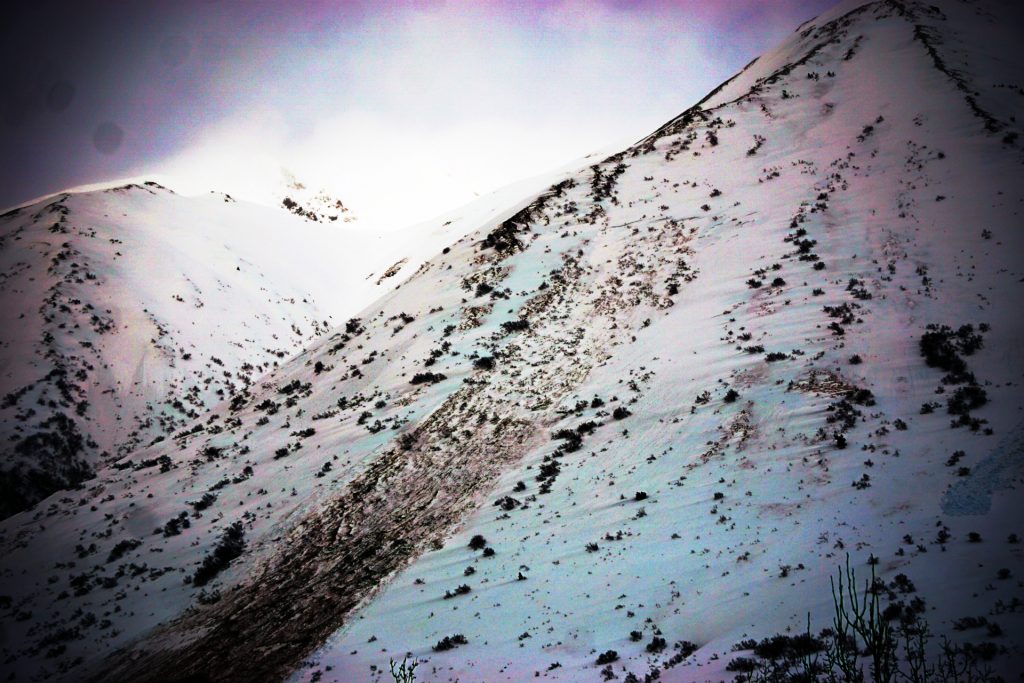 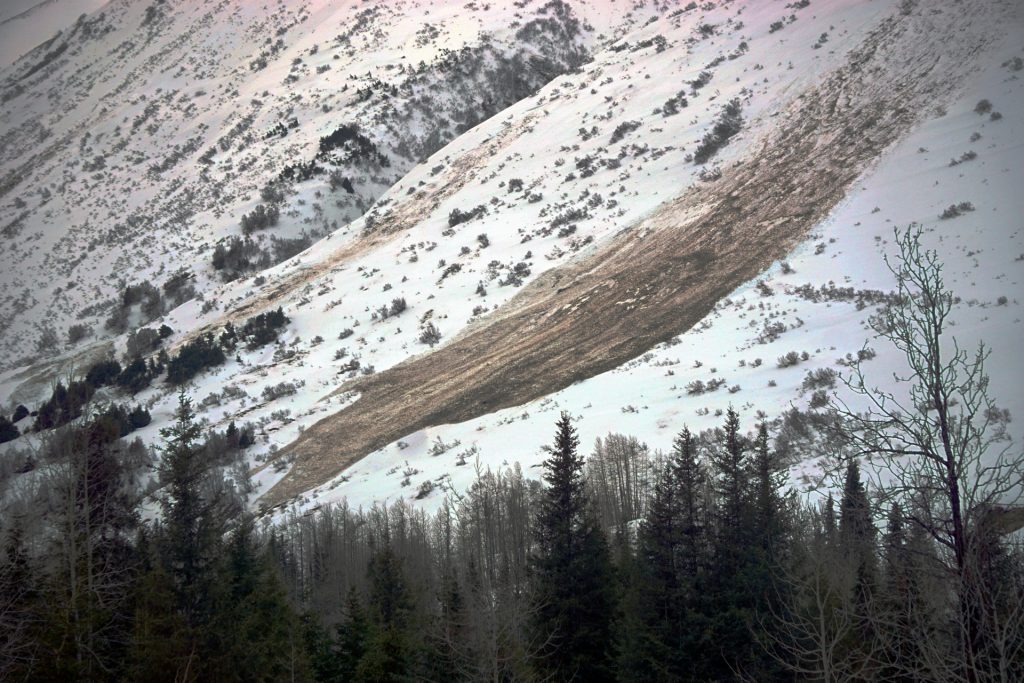 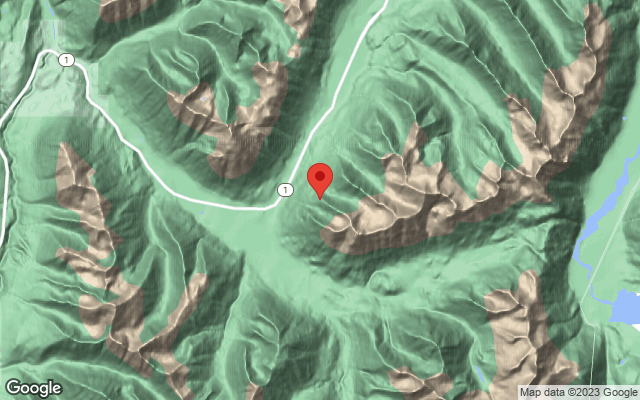