The following report was passed along to the avalanche center by the group involved.

A large avalanche was triggered by two skiers on the west aspect, near the top of treeline, on Pete’s North. The skiers skinned up the trees on the looker’s left side taking the most conservative route possible, knowing the current avalanche danger. They reached a flat spot still in the trees but nearing the top of treeline where they decided to go no further. While they were transitioning from hiking to ski mode, both skiers took their skis off and their boots penetrated several feet into the snow, at this point they felt the snowpack collapse and saw the avalanche release in front of them. It then propagated further up and across the slope and out of view. They were in a safe spot when this occurred and were not caught. The debris ran through the trees and covered much of their up track.

The avalanche was around 3' deep and several hundred feet wide. It was remotely triggered by foot penetration when the skiers took their skies off. Skiers noted the winds picked up from the east around this time as well, but it is still thought that the foot penetration was the most likely trigger.

The weak layer is suspected to be the 3/16 buried surface hoar (BSH). This layer was very reactive in this same location (as well as others) just 3 days prior. There has been around 2.5 - 3 feet of new snow in the past three days. Before the new snow the weak layer was in the top foot of the snowpack. The remote trigger along with the very wide propagation support the thought that the 3/16 BSH was the weak layer. That said, it is also possible that the weak layer was the interface of the old and new snow. This interface also could have buried surface hoar or near surface facets as a weak layer. Either way, there is a weak layer producing 'very touchy' avalanche conditions as described by the party involved. 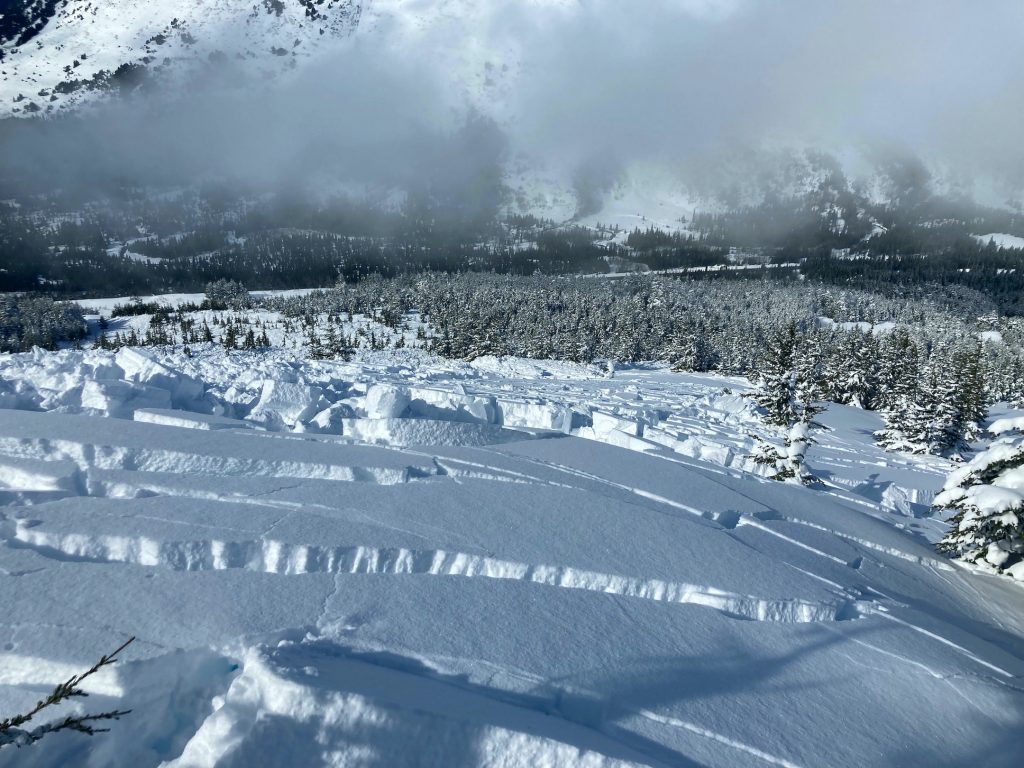 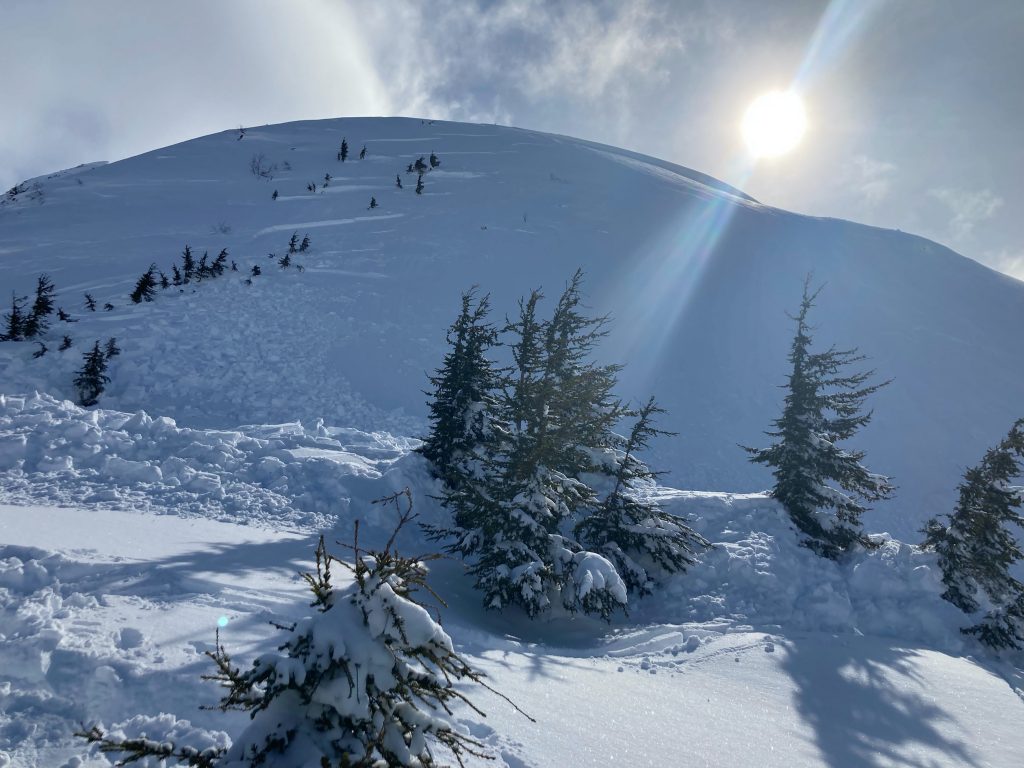 Looking up at the crown that released several hundred feet above where the skiers triggered it. 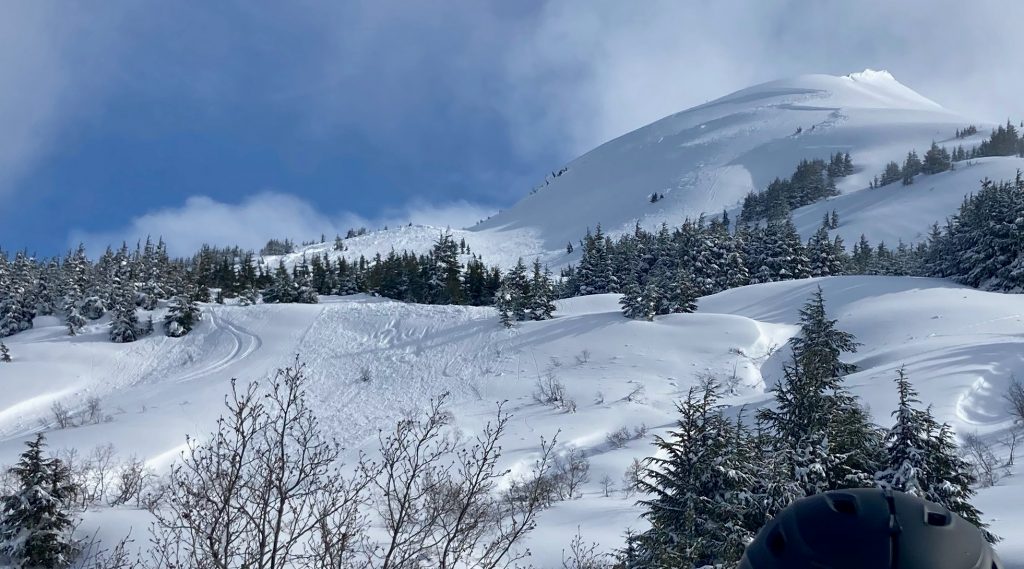 Looking up at the entire path. The avalanche took out most the slope and ran far into the lower angle trees. 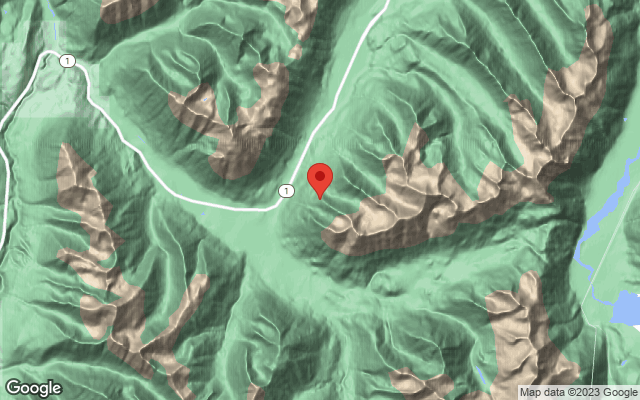