Route: Started at the Johnson Pass parking lot, traveled to the base of Pete’s
North via powerline, and did three laps, traveling on West, Southwest, and South
aspects up to as high as 2600′.

Weather: Overcast in the morning, changing to obscured above 2000′ in the late
afternoon. Snow less than 1 cm/hour all day, all the way down to the parking
lot at 800′ elevation (no rain!). Light winds from the north above treeline.
No wind transport observed up to 2600′, temperatures in the high 20’s to lower
30’s.

Snowpack: 10-15cm of new snow above 1000′, with a crust present up to 2000′ on
South and Southwest aspects. Below 1000′ a freeze melt crust exists on the
surface. Highly variable snowpack height was observed at 2200′ on a western
aspect; exposed rocks/tundra were observed 50 yards away from a location where a
270cm probe didn’t strike ground.

Instability: Very minor skier triggered sluffing on steep (40 degree +)
rollovers. No avalanche activity observed, no cracking, no whumphing. Cornices
present over SW and S aspects. Two pits were dug during the day, one at 2600′
as depicted below. A hasty pit was dug at 2200′ on a West aspect to analyze the
top 75 cm of the snowpack. A compression test failed under medium pressure (14
taps) 20 cm from the surface with a progressive compression fracture; under hard
pressure (28 taps), a resistant planar fractured 38cm down. 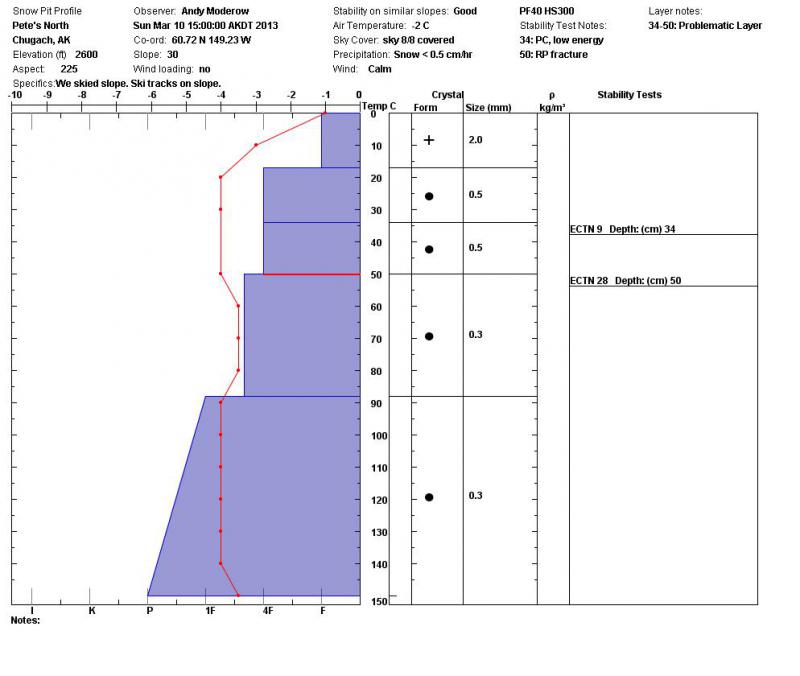 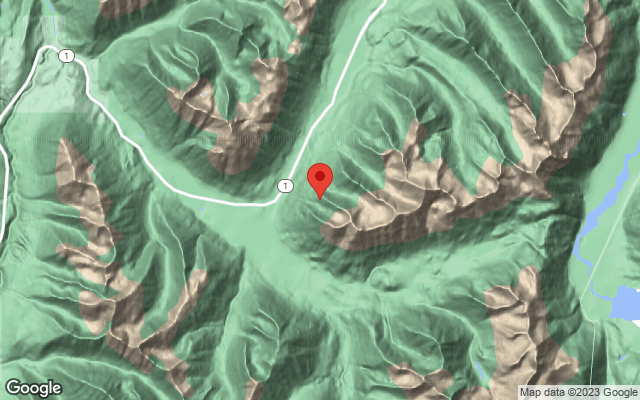