Toured from Johnson Pass trailhead to Pete’s North and did several laps.

After several incident-free runs on the most commonly skied south side of Pete's North, we exited through the NW slope, trending slightly skiers right away from the trees on the shoulder. In part due to deteriorating visibility, I unintentionally skied off a small cliff, ejecting from one ski on landing and triggering a shallow storm/wind slab that had built over the course of the day in the slight convexity at the base of the cliff. In this particular area, the buried rain crust has stayed stout rather than decomposing, causing a relatively long run that petered out before the mellow clearing at the bottom. I slid about 5-10 feet, due more to the slope angle than the actual moving snow, and stopped quickly without needing to trigger my airbag. No injury or lost equipment.

The new snow combined with a light easterly wind is behaving about as expected. We discussed what the avalanche danger in the area might be both before and along the route, and felt comfortable with our decision-making throughout.

Temperatures remained in the high 20s throughout, with a fairly light easterly wind. Precipitation was S1 when we left the car, closer to S2 at 4 pm when we returned. Approximately 6 inches of new snow fell over the course of the tour. Visibility was poor throughout and deteriorated significantly as the snowfall became heavier.

Close to a foot of new snow from yesterday and today, with little to no wind affect.

Hand-pits along the route suggested that the new snow wasn't bonding well to the old surface, but that the old rain crust is decomposing in most areas and is quite stout and disinclined to propagate. 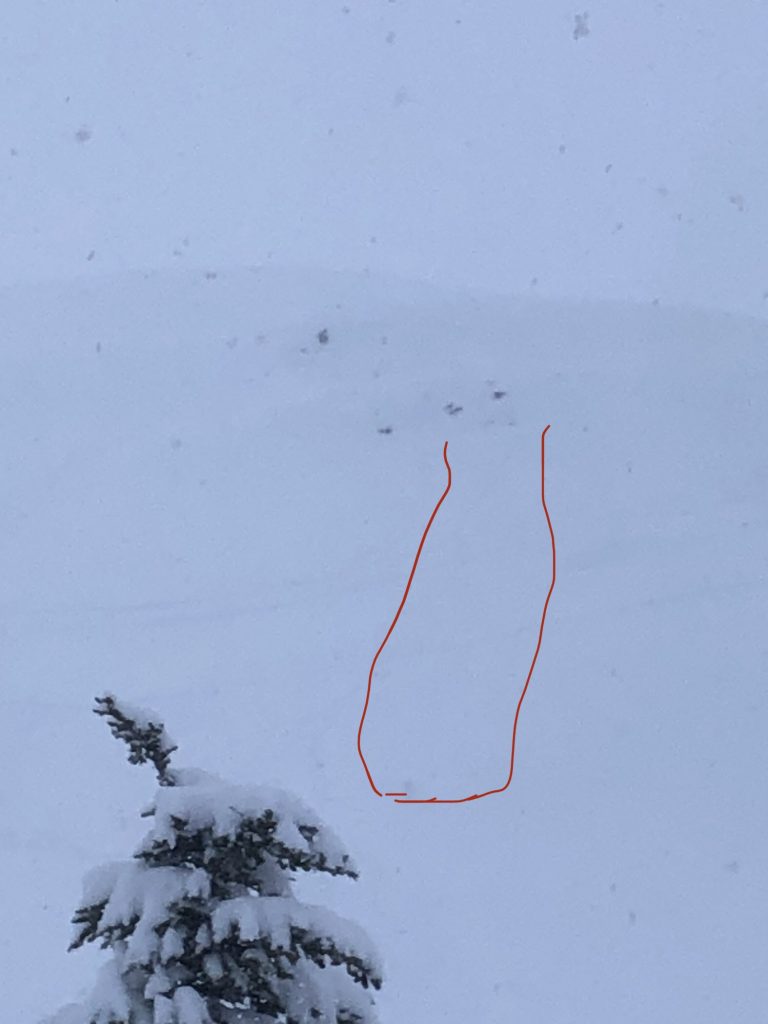 Visibility was very bad, but the red line is an approximate look at where the slope slid. 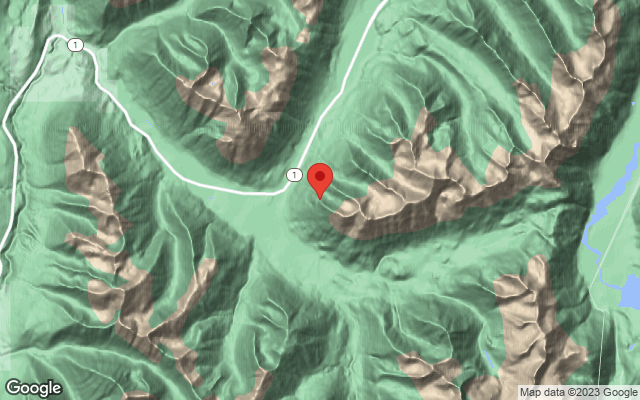