A couple of laps venturing just past the trees to 2400′.

We observed a semi-recent avalanche on the north face of Pete's South. It was confined to a gully, with the crown 1-2' deep and maybe 20' across. It ran about 400ft. The crown looked to be partially filled in and the debris starting to get covered up.

We stomped on a small cornice near 2000' that was breaking in blocks up to 5 feet wide.

Otherwise, on a steep unsupported pillow feature, a small block 3'x4' slid out on a ski turn, failing about 10 inches down.

Sunny, few clouds in the sky, mostly to the north. Valley fog above Turnagain Arm.
We felt light winds from the SE above treeline. Near 3pm it appeared there was flagging on Silvertip (from a NW wind), but there were some thin clouds in the area as well so it made us second guess whether it actually flagging.

We only observed a breakable crust up to 900', but the snow below any trees was refrozen crust up to 1200'.

We dug a pit at 2200' (West aspect, 30* slope) and got worrying results.
Snow depth were we dug was right around 200cm but probing in the area the snow height was as high as 280cm.
In the snowpit walls it was very easy to visually discern the New Years crust layer. It was 55cm below the surface. The snow immediately above the crust didn't seem all that different from the slab above, but the snow below the crust was soft small facets. The crust itself was seemingly quite thin and weak; in tests it seemed the failure would start on top of the crust but break and entrain the crust as the block slid.

In a column test, a layer of decomposing stellars broke on the 15th tap, 45 cm below the surface. It failed in a planar fashion but did not readily slide on its own.
The slab on top of the New Years crust however exhibited more energy. Upon failure (CT14 and CT17) the snow failed in a sudden planar fashion and shot out of the snowpit on its own. In an extended column test it propagated across the column upon failure on the 14th tap.
We did a second extended column test, but it ended up having slightly wonky dimensions, which may explain why we got a less interesting result; ECTN18 on the buried stellars (when pulled from behind behind, the fracture crossed the entire column). 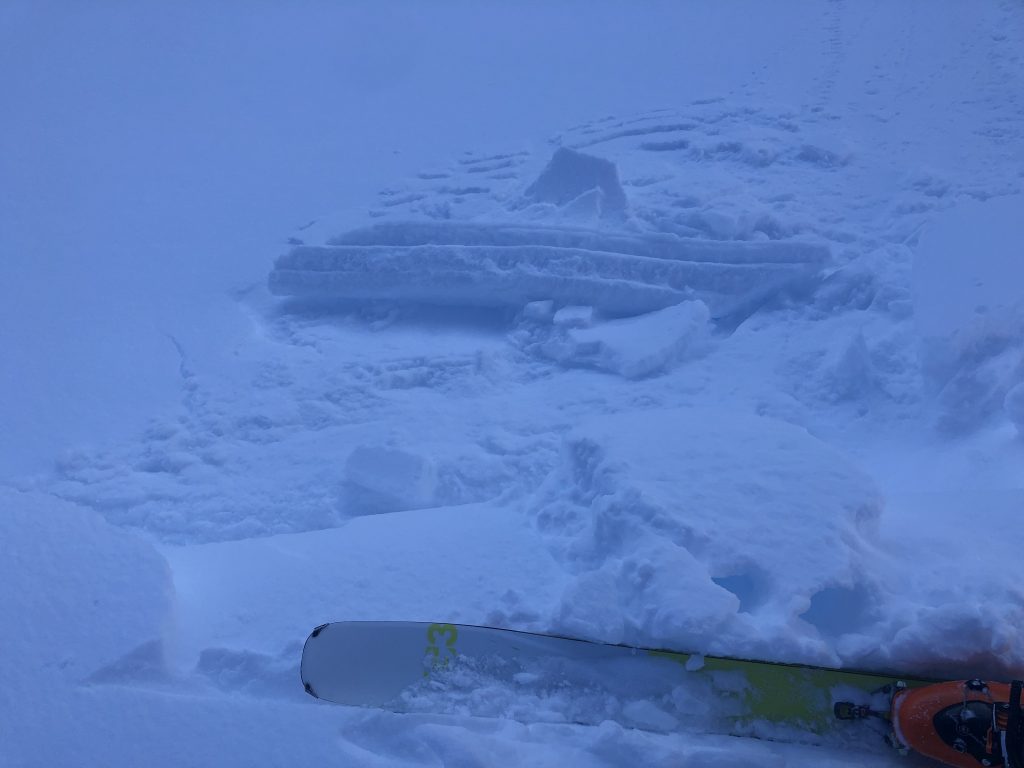 Small cornice break. This block was only about 2 feet wide, but another stomp further along produced a 5 foot block that broke a little deeper. 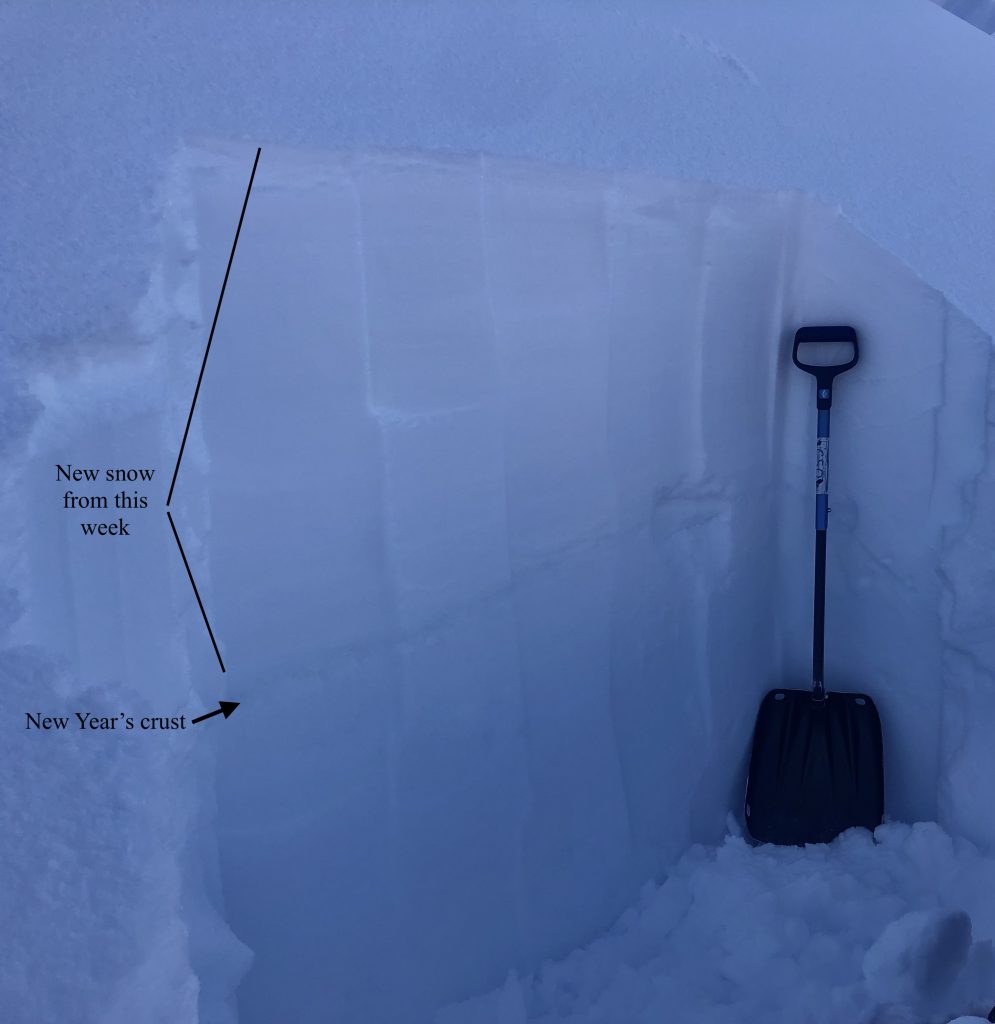 The New Year's crust was quite visible under the recent round of new snow. 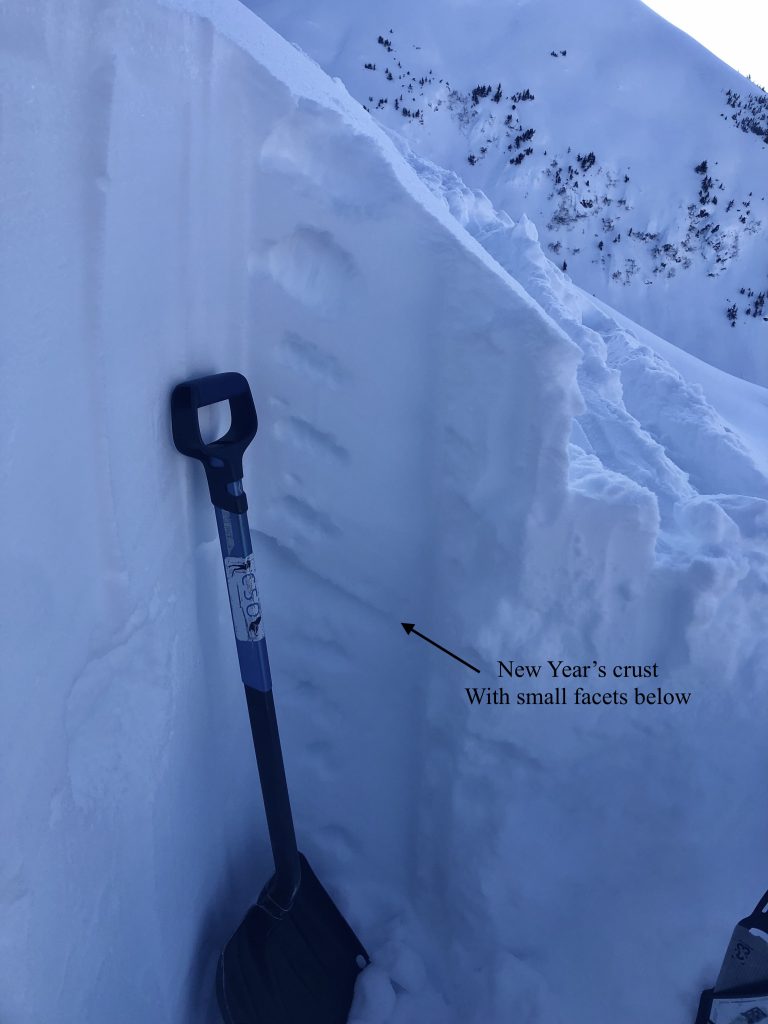 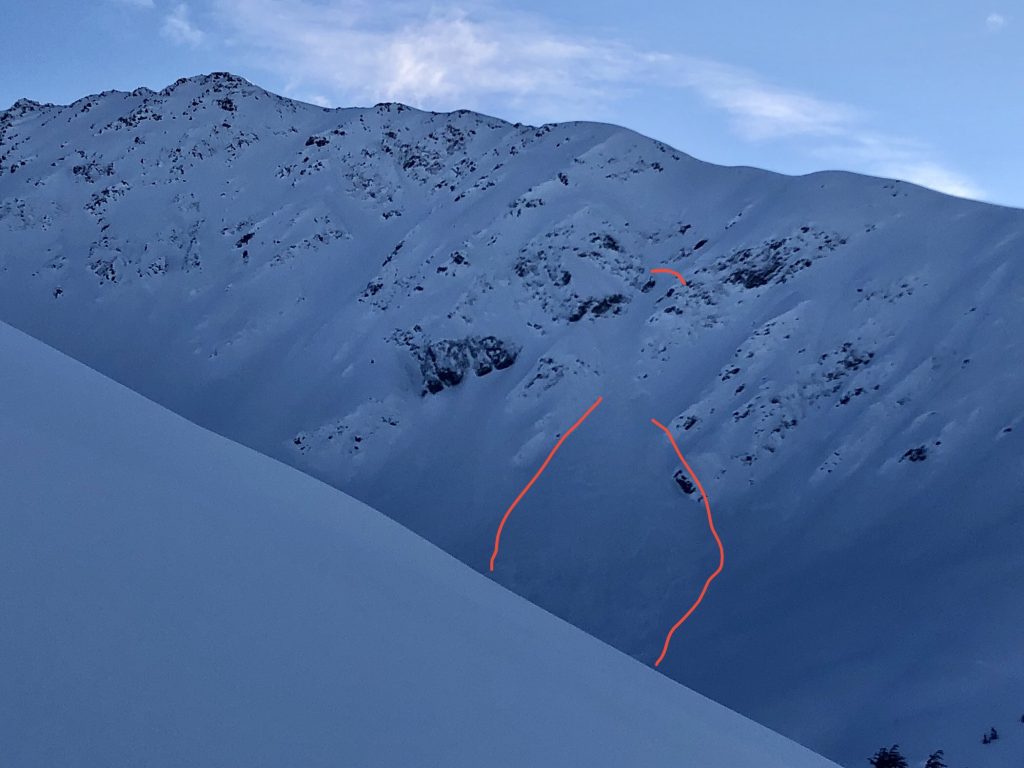 Small slab avalanche on the north face of Pete's South. The red lines are the approximate crown and debris outline. 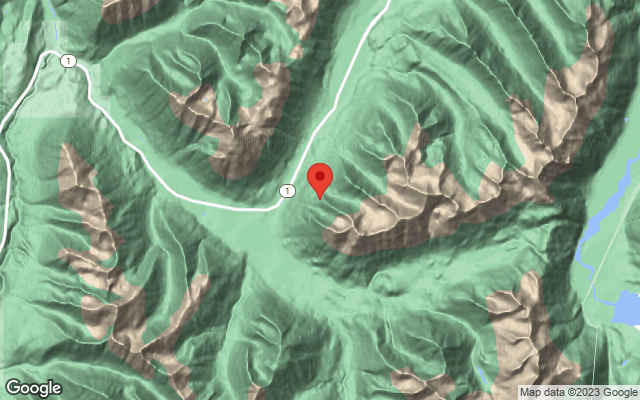