Through the trees on Pete’s North up to 2200′.
The Alder meadows could still use a few more big storms to lay them over and make them worthwhile for skiing.
The cold temps zapped phone battery, so unfortunately, no photos.

**Old Avalanche**
Pete's North NW aspect. Did not see this reported elsewhere, submitting for documentation.
Likely a Natural Avalanche either prior to or during the 12/9-12/10 storm - The debris were covered in ~8 inches of powder, and most of the crown had filled back in. There was a short section of exposed crown that looked to be at least 2 feet deep, likely deeper if snow had not filled it back in.
This was a large avalanche that appeared to propagate across the entire northwest face, estimated 600ft wide. It sent debris down to 1900', starting near 2500' or 2600'.
Speculating that it failed on the layer of facets above the halloween crust, perhaps due to heavy wind loading, new snow, or both.

A party that had previously set the skintrack -perhaps on 12/11- initiated a crack on a steep convexity, it shot out about 20 feet and separated a couple of inches. This was near 1700' on a WNW aspect.

Cold & Clear.
Outflow winds caused widespread flagging along Turnagain arm in the morning. No flagging observed once in Turnagain Pass.
Winds picked up around 2pm. We felt them from coming from the southwest.

Settled powder, drying out and faceting.

Upon pole probing, the soft snow gradually stiffens up, and then suddenly gives way about 2 feet below the surface, then another couple of inches or so before the stout crust. This corresponds to the general set up of the area, a slab over facets over the crust. 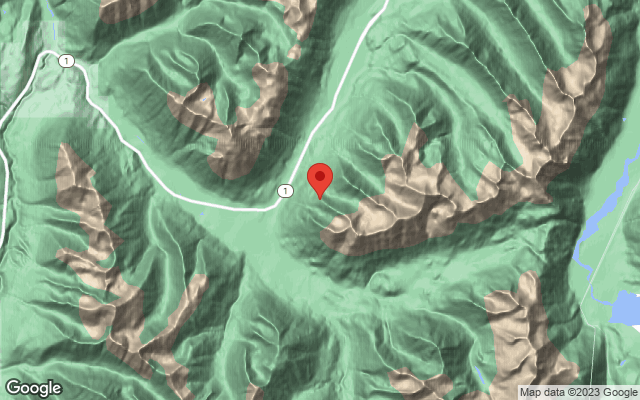