Route: Pete’s North from Johnson Pass trailhead – up as high as 2700′, three
laps via a variety of skin tracks on NW through SW aspects.

Weather: Sky was overcast to obscured throughout the day, with a slight breeze
from the North or NorthEast, depending on aspect. New snow was falling most of
the day, at a rate of 1 cm/hr or less. Total new snow at the parking lot was 10
cm as of 5:30 PM. Winds capable of minor snow transport were occurring during
the late afternoon just above treeline, evidenced by a skin track that got
partially filled in between laps.

Snowpack: New snow ranged from ~2-15 cm in depth depending on wind affect over
a varied hardness base. A crust below the new snow was most pronounced in open
areas below treeline on southwest aspects, though a crust layer could be felt
with a ski pole test at varying times throughout the day. A quick test pit was
dug just above treeline on a slightly wind loaded slope – results are below.

Instability: Minor, skier triggered, loose snow sluffing occurred on ~38 degree
slopes skied today. Breaks in the clouds allowed for occasional viewing of
nearby ridges; during these breaks, no signs of recent avalanche activity. No
cracking, whumphing, or collapsing observed. A test pit – results below –
showed that the new/old snow interface wasn’t bonding great yet. A harder,
shallow layer below the new snow – potentially a wind slab from last week –
failed under hard pressure, but the fracture didn’t propagate across the full
block during an extended column test. 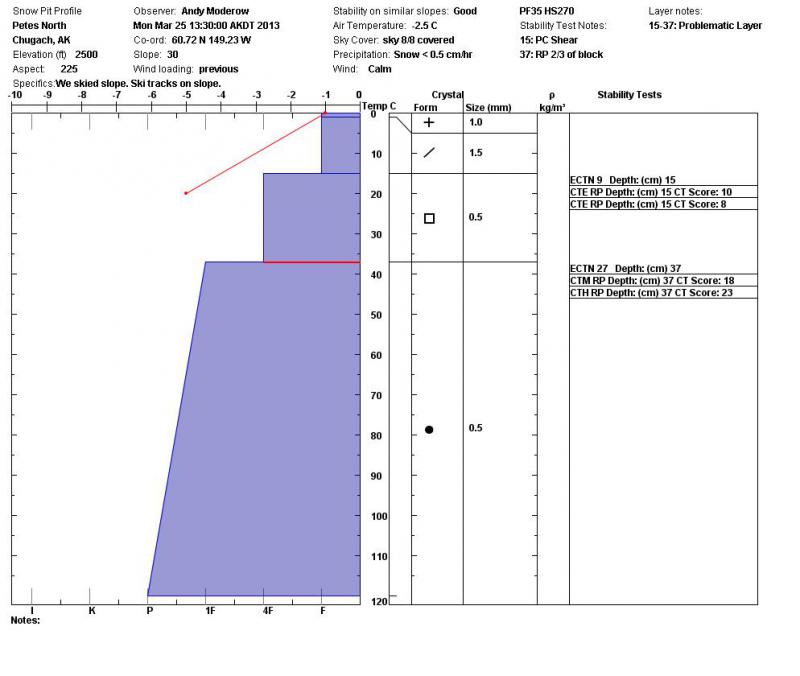 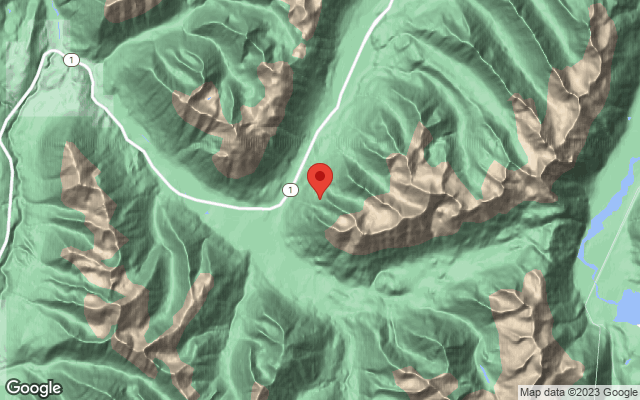